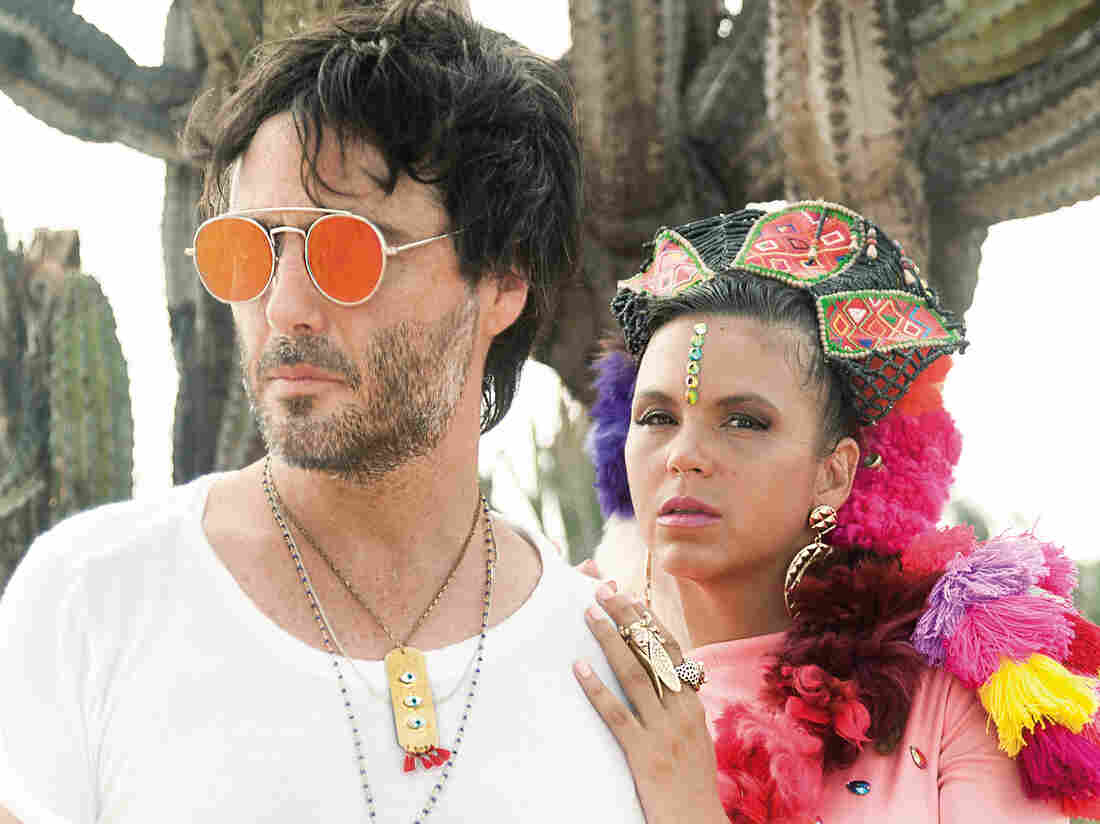 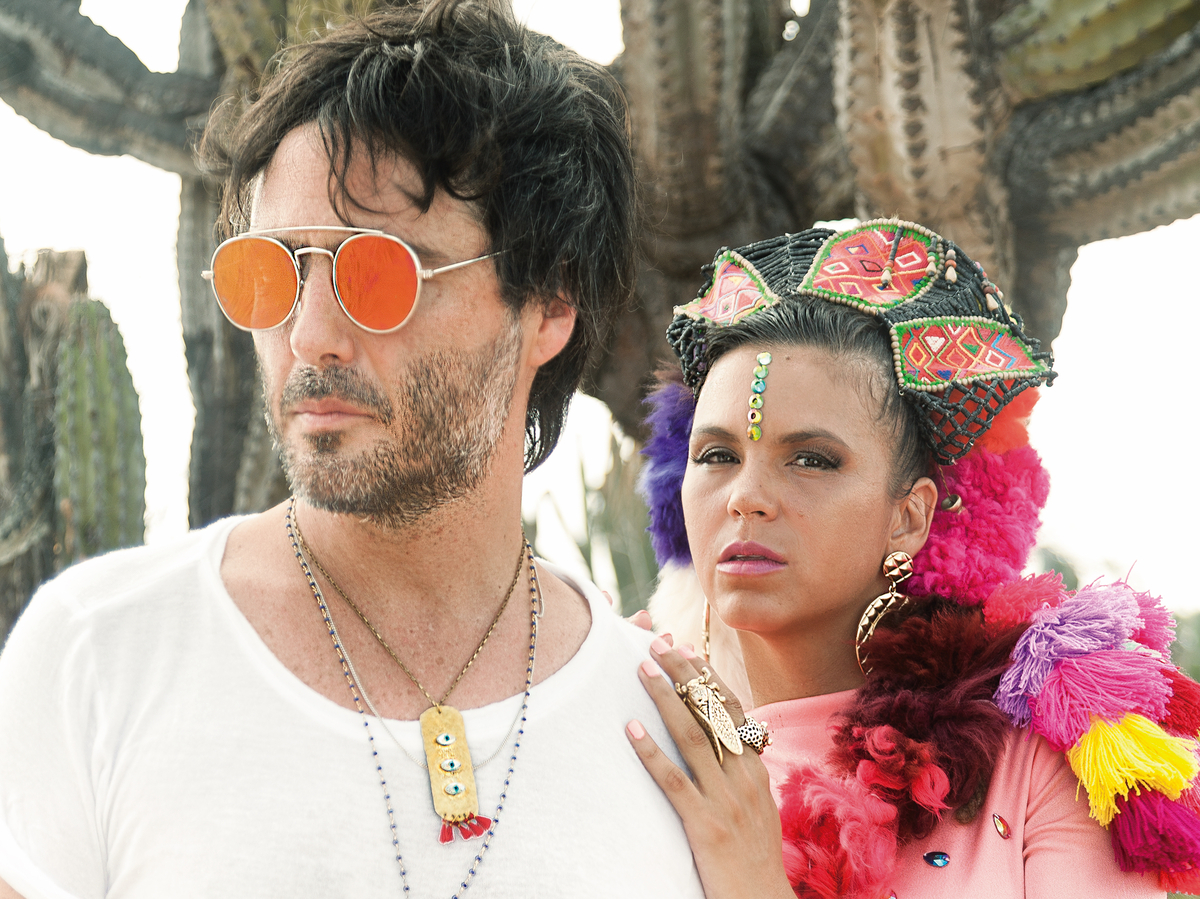 Simón Mejía and Li Saumet from the band Bomba Estereo

About eight years ago, in a small club in Copenhagen, a then-unknown band named Bomba Estéreo grabbed us by the musical jugular. Singer Liliana Saumet strode across the stage as the group wrapped her incendiary vocals in a startlingly fresh mix of Colombian roots, propelled by a punk-psychedelic sensibility.

These days, Bomba Estéreo occupies a privileged space in the Latinx musical universe — it composed one of the most iconic anthems of Latinx identity, "Soy Yo." (Its video now has over 23 million views.)

Some might argue that Bomba Estéreo's move from independent to signing with a major label (Sony Music) has smoothed out some of its fiercer edges. This may miss the point — with Ayo, the group continues to explore the nuances of cumbia for the 21st century, with a uniquely Colombian take on its indigenous, European, and African roots.

Speaking with Mejía on the phone the day after inaugurating their extensive tour in support of Ayo, he described the album's name as "evocative" — one of the references it suggests is hayo, a mixture of herbs including sacred coca leaves chewed by indigenous peoples in the Andes to increase energy and mental clarity.

Mejía says the album emerged in a "spiritual ceremony" high up in Colombia's Sierra Nevada mountain range, above Liliana Saumet's hometown of Santa Marta. The area, renowned for its sumptuous views and astonishing biodiversity, inspired songs that address stewardship of the earth's resources. Ayo's cover reflects these interests, showing papaya seeds spilling out of a spiral conch shell, alluding both to sound as well as the conch-shell trumpets used by First Nation Warriors.

Ayo brings a more marked presence of other ancestral influences, too, such as the gaita and the flauta de millo, traditional flutes which were the primary indigenous contribution to Colombian cumbia. For Ayo, as in previous Bomba Estéreo recordings, live musicians played these flutes, with the recordings incorporated and manipulated into the pieces composed by the band. For example, "Soy Yo" incorporates the gaita, while recently-released "Duele" from Ayo incorporates the flauta de millo.

Along with other catchy dance numbers — such as the reggae-tinged "Taganga" — the sure-footed "Internacionales" is sure to be a party-pleaser, proclaiming: "Mezclados, somos todos mezclados, venimos de todos lados, la misma historia con otro sabor" (Mixed, we are all mixed, we come from everywhere, the same history with different flavors).

No matter how danceable their beats, Bomba Estéreo's Spanglish-sprinkled lyrics frequently touch on reclaiming one's own power. "Flower Power" which encourages women to not remain silent — to scream and sing and fight against discrimination.

The sounds that linger in my ears from the album come from the slower, more thoughtful ballads, such as "Siembra", a tune which speaks of sowing seeds for the future and an awareness of the place of humans in the cosmic ecosystem. Mejía adds that the band is opening the Ayo tour concerts with "Siembra" (performances which, for the first time ever, include a folkloric musician on stage playing traditional flutes and percussion). He considers that this song most closely accomplished the band's vision for the album: "We are communicating the importance of nature. We humans have forgotten that — we have forgotten who we are."