Accessibility links
Lido Pimienta On Winning The Polaris Prize and Getting Back To Work : Alt.Latino Pimienta spoke with Alt.Latino about winning Canada's biggest music prize, the importance of listening to our ancestors, and speaking up for indigenous people everywhere. 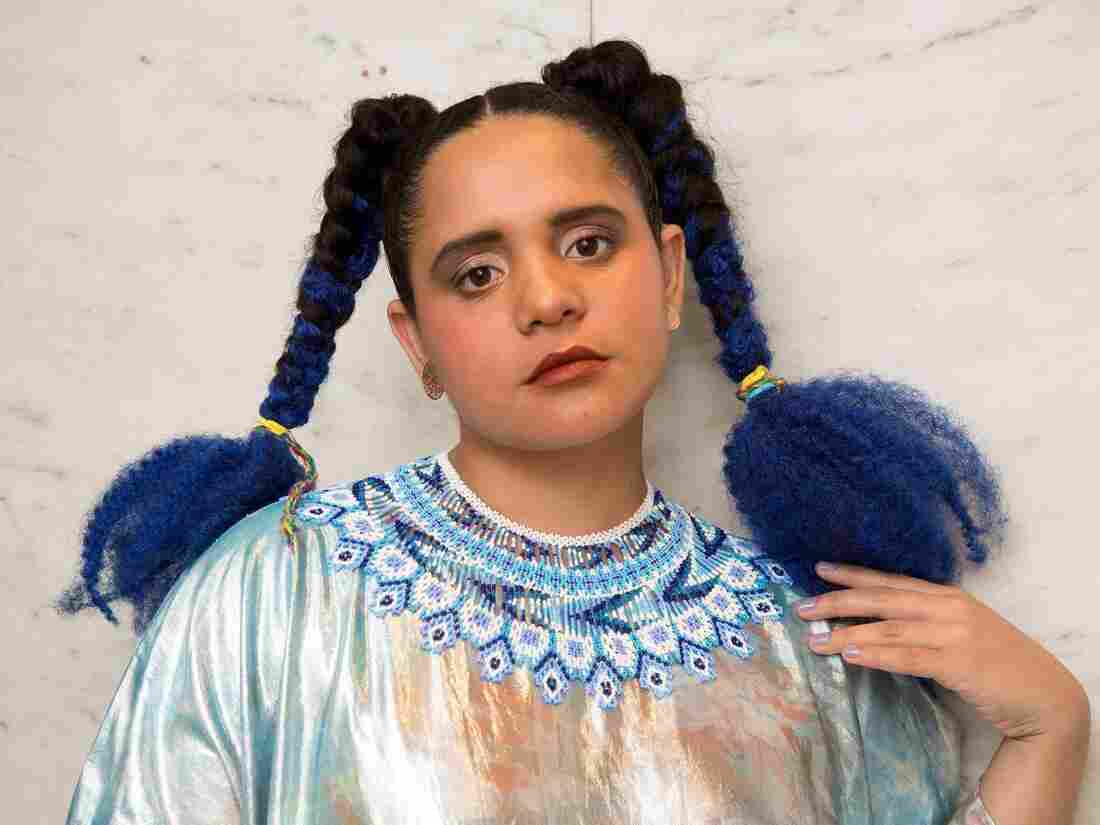 Enlarge this image
Ruthie Titus/Courtesy of the artist 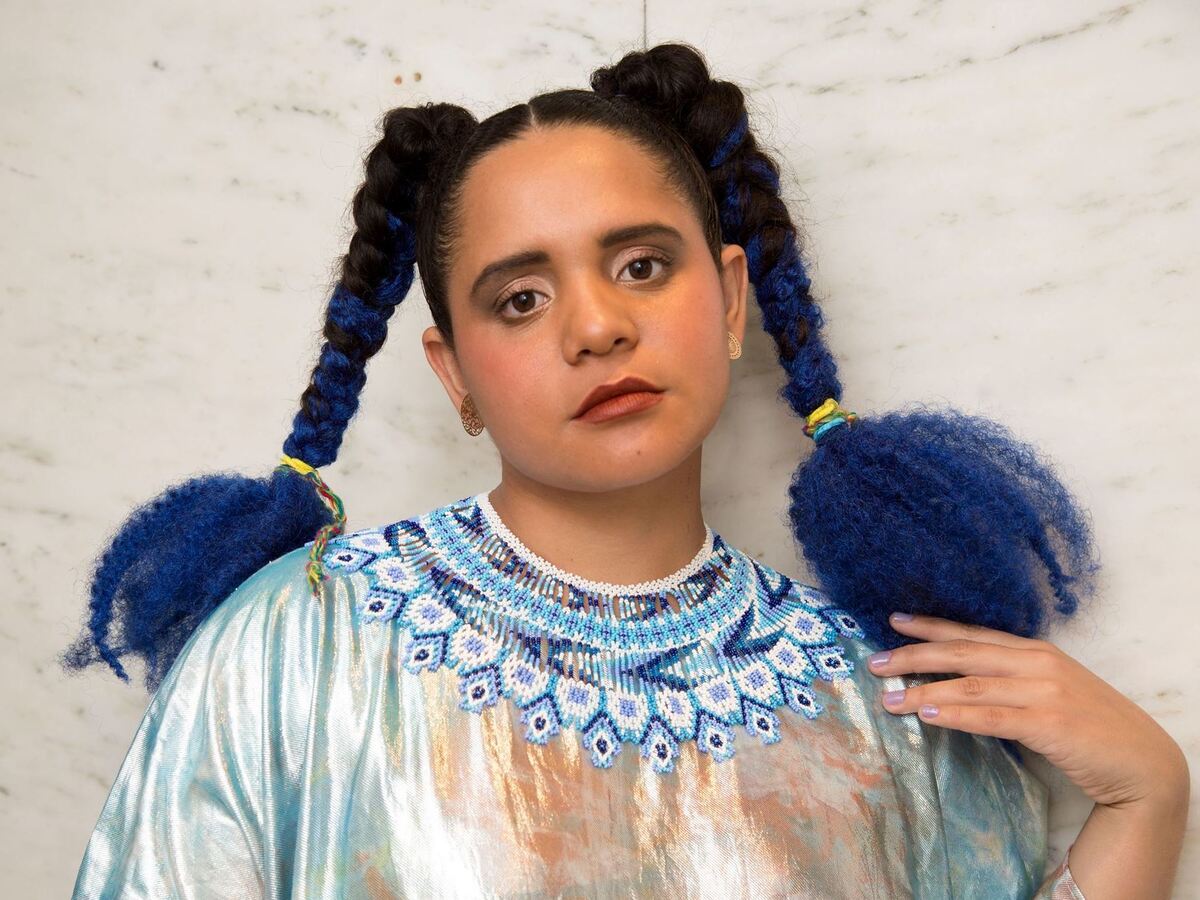 Ruthie Titus/Courtesy of the artist

We've been huge fans of Lido Pimienta, the Toronto-based visual artist, curator and interdisciplinary musician from Barranquilla, Colombia, for ... well, practically forever. She showed up on our radar in 2010 with Color, her striking debut album. We then waited — impatiently, I might add — six years for La Papessa (The Papess), which we featured on Alt.Latino. Earlier this week, we recognized her upending of favorites like Feist and Leonard Cohen to capture Canada's Polaris Music Prize.

Besides boasting incredible talent and a rapturously potent voice, Pimienta speaks eloquently — and with no qualms — about complex issues. She chooses her words with care, deploying terms such as anti-settler-colonialism with surgical precision. This is a woman whose words, art and music are weapons now — and for the future.

It was an honor (and, as always, incredibly thought-provoking) to have the opportunity to speak with Pimienta the day after the ceremony. Here's some highlights from that conversation, including confirmation that we can look forward to hearing her Wayuu roots appear front and center on her next album. She promises that we won't have to wait five years this time.

Catalina Maria Johnson: So, how do you see the Polaris Prize affecting your future?

Lido Pimienta: I'm extremely proud of me, my team and my band. I am looking forward to being able to relax for a little bit, focus on finishing my next project. I'm very excited and happy to get working on that! Hopefully, it means that I can take La Papessa to South America properly, with the full band, because it's just so nice to be able to perform in my language and have people understand right away — even though it's really great to contextualize before every song, when I do them in Spanish in front of a primarily Anglophone audience.

I don't know even really what [winning the Polaris Prize] means or what's going to happen. I take every day as any other day. Right now, I'm just concerned about getting bookings and cleaning my house and getting my son back to school. That's my life.

In your acceptance speech, you briefly and powerfully addressed an "Aryan specimen" who had told you to go back to your country. Do you think that the prize and the music that you're creating will have the opportunity to change the minds of some of those Aryans?

I couldn't be less bothered! As I said in the acceptance speech, I am so bored with that tired white supremacy story. I can't be bothered. I'm here to make fun of them. I tackle all these issues — with violence and racialized folks — with humor, because it is my coping mechanism. But I couldn't be bothered by whatever this specimen/parasite thinks about me, or thinks or says about us.

We need to strengthen ourselves [with] education, and I'm not talking about Western education. I'm talking about the ancestral knowledge that has been carried down through the stories, in the oral practices, in our families, and that we carry in our DNA. I think this is the way for artists. I'm just following what's inside of my heart and following what my ancestors did for me. I was just reading a book that talked about all that Trump rhetoric and all this distraction and everybody saying, 'I can't believe this is happening!' People are waking up. Awake! We've been telling you! And now we're taking the space to communicate that — it's so beautiful that we can actually get past to people with our message.

And it's so amazing that you've accomplished so much without — until recently — any infrastructure of the usual industry kind, like, management, publicists, a label...

There's a reason why I didn't have management for the longest time. Guillaume [Decouflet, manager of A Tribe Called Red, a band with whom Pimienta has collaborated on stage and on recordings] has been my mentor for all these years. He told me, 'You don't need anyone! You're fine, wait until you actually need it!'

So the most beautiful thing is that all these years I've been just practicing, like in this school of sound and performance. And I was going to the school part-time because I was taking care of my son. And now with Polaris, I graduated and now I'm ready to go to go to the university. You know me: [until the day] I'm sitting with Solange and we're in the studio and we're writing together ... — well, you'll know [then] that I'm fine. But until I get there ... everything in my house is the same: I have to get groceries, get my son, and get back to the work.

So if you've 'graduated' now, what's 'graduate school' going to be about? What's the Masters and PhD all about?

The PhD is going to be on indigenous music from the north coast of Columbia, my Wayuu people. What I'm trying to do is go to Colombia to be there for maybe two or three months, be in the desert and not be able to speak Spanish, record as many tracks as I can, and learn drums from my uncle. That's the last element that I need for my album to be complete, because right now I'm at maybe 70 percent. But there's no rush. I can relax and I can take my time with this album — because with La Papessa, I thought the chapter had ended ... and here we are in 2017, and it still has a lot of pages to be read.

In your acceptance speech, you honored the Anishinaabe and Haudenosaunee people, thanking them for being a guest on their land. And you have performed and recorded with A Tribe Called Red. Do you see your music as part of a movement of indigenous people around the world reclaiming their power? As part of a Truth and Reconciliation process?

Anti-settler colonialism is what we need to do right now: Indigenizing spaces, learning traditional medicine ... all of that is very helpful to someone like me, who has grown up with technology and relies on it so much. We have to do a massive technological knowledge change.

And the fact that we are on colonized land ... When you're talking about the 'founding fathers of whatever,' [I think] wait, what? We are on colonized land. [And] the more we get pushed, the more organized we're going to get. I'm just a part of something that has been happening for 20, 30, 40 years. But we didn't have cell phones and cameras [back then]. We're only going to get more sophisticated and we'll only have more knowledge and we're only going to have more access. I'm looking forward to that! And being a part of the next wave of revolution and anti-settler colonialism.