Accessibility links
Labels And Artists Lending A Hand To Those Affected By Natural Disasters : Alt.Latino Since Hurricane Harvey, musicians and bands have been raising money to support those affected by natural disasters. Here's how you can help, too. 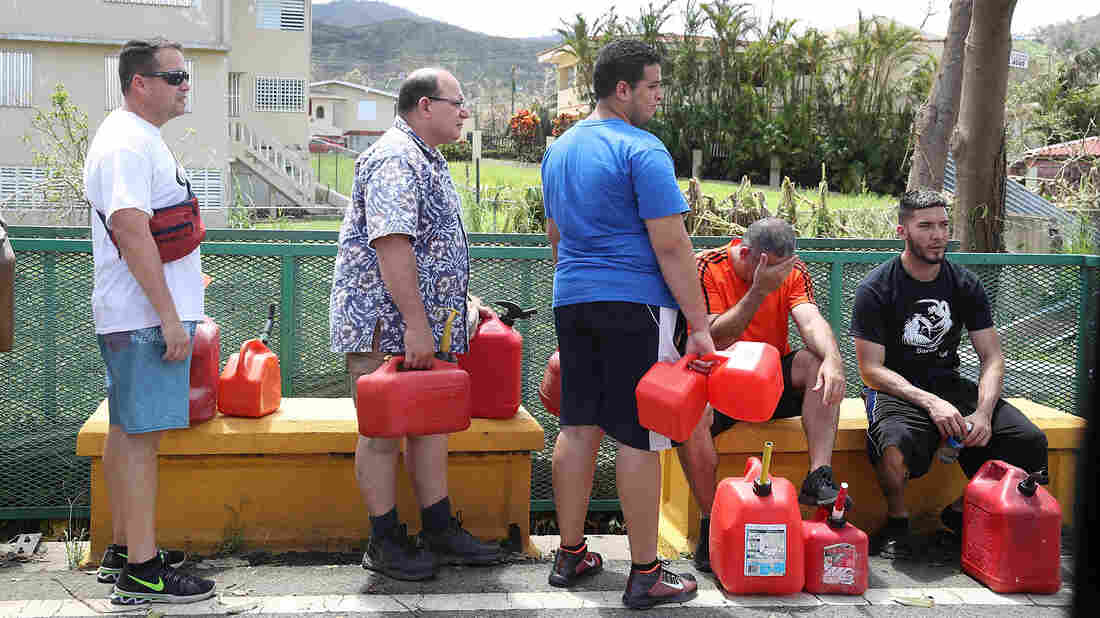 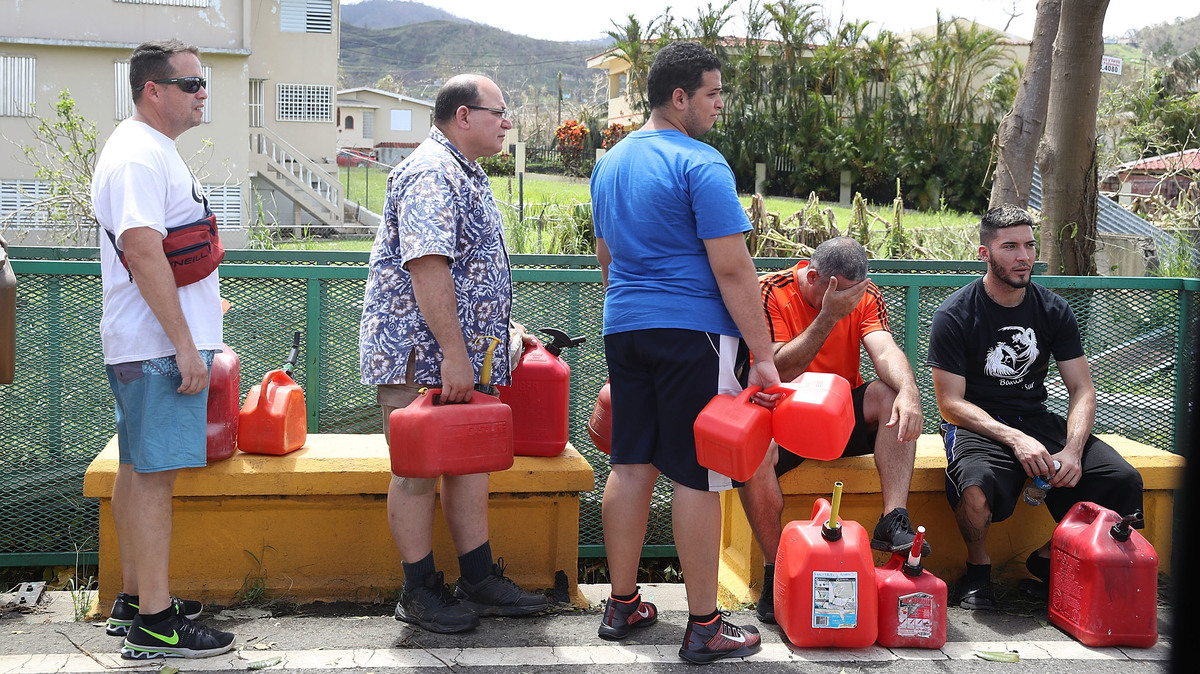 People wait in line for gas in Aibonito, Puerto Rico.

In late August, Hurricane Harvey dropped nearly fifty inches of rain on Houston and a broad swath of Texas. Between then and now, two more hurricanes have hit Florida, Puerto Rico and the Caribbean islands.

A week after Harvey made landfall, Hurricane Irma swept through the Caribbean before making landfall in Florida as a Category 4 storm, flooding parts of Florida, South Carolina and Georgia, and destroying 25 percent of homes in the Florida Keys.

As Puerto Rico and the Virgin Islands were still recovering from Irma, Hurricane Maria, a category four hurricane, made landfall in Puerto Rico on Sept. 20, leaving the entire island without electricity and 70 percent of the island without water. Entire villages have been destroyed, and a majority of homes on the island have lost their roofs.

In addition, Mexico has been hit by three separate and devastating earthquakes this month — on Sept. 8, 19, and the 23. The quakes have left over 200 dead and many more stranded. Video footage captured by cellphones in Mexico City, Oaxaca and surrounding areas shows buildings crumbling to the ground.

To help with relief efforts in these affected areas, artists and music labels have been announcing donations, releasing music to raise funds, and participating in benefit shows. We've compiled a list of the ways musicians and record labels have been pledging their support and how you can help out, below.

Finally, musicians have also been making direct donations to help relief efforts. Daddy Yankee has donated $1 million to aid Puerto Rico. Jennifer Lopez donated $1 million to aid Puerto Rico; Maná, a rock band from Guadalajara, donated $3.5 million pesos (about $200,000) to benefit the victims of Mexico's earthquakes; Lin-Manuel Miranda has been raising funds for the Hispanic Federation through Twitter, and other acts, Lila Downs, Natalia Lafourcade, Ximena Sariñana, Los Tigres Del Norte, Alondra de la Parra, and ¡Aparato! have also given to earthquake relief in Mexico; Carpark Records, the label representing Toro Y Moi and Beach House, donated all of their Bandcamp proceeds on Aug. 31 to the Red Cross to assist those affected by Hurricane Harvey. Lady Gaga, who has previously donated $1 million in aid to recovering communities in Texas, Florida and Puerto Rico, is now supporting Save the Children's Journey of Hope program — a program that provides support for the mental health needs of the children affected in these communities.

If you would like to donate to relief efforts, here's how you can help those affected by: Harvey and Irma, and those in Puerto Rico, the Caribbean and Mexico.