Accessibility links
In Poland, WOMEX 2017 Takes The Pulse Of Global Latinx Grooves : Alt.Latino Latinx artists wowed crowds at the annual global music expo with music from throughout the Afro-Latino diaspora. Here are six of our favorites.

In Poland, WOMEX 2017 Takes The Pulse Of Global Latinx Grooves

In Poland, WOMEX 2017 Takes The Pulse Of Global Latinx Grooves 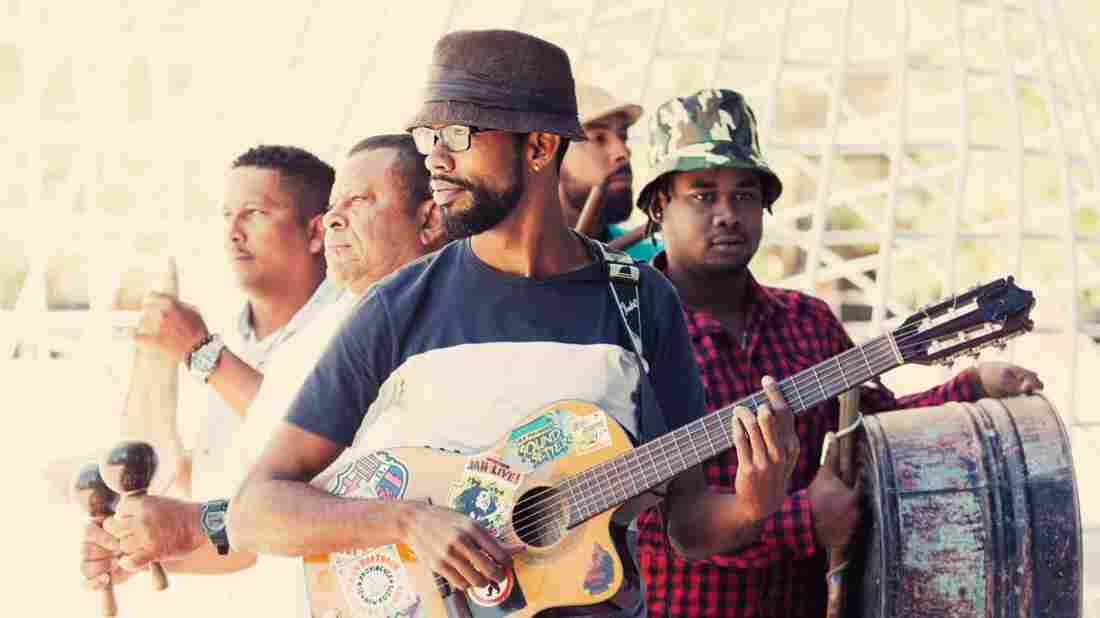 Elkin Robinson, who hails from a Caribbean island governed by Colombia, was a highlight of WOMEX 2017. Fela Photography/Courtesy of the artist hide caption 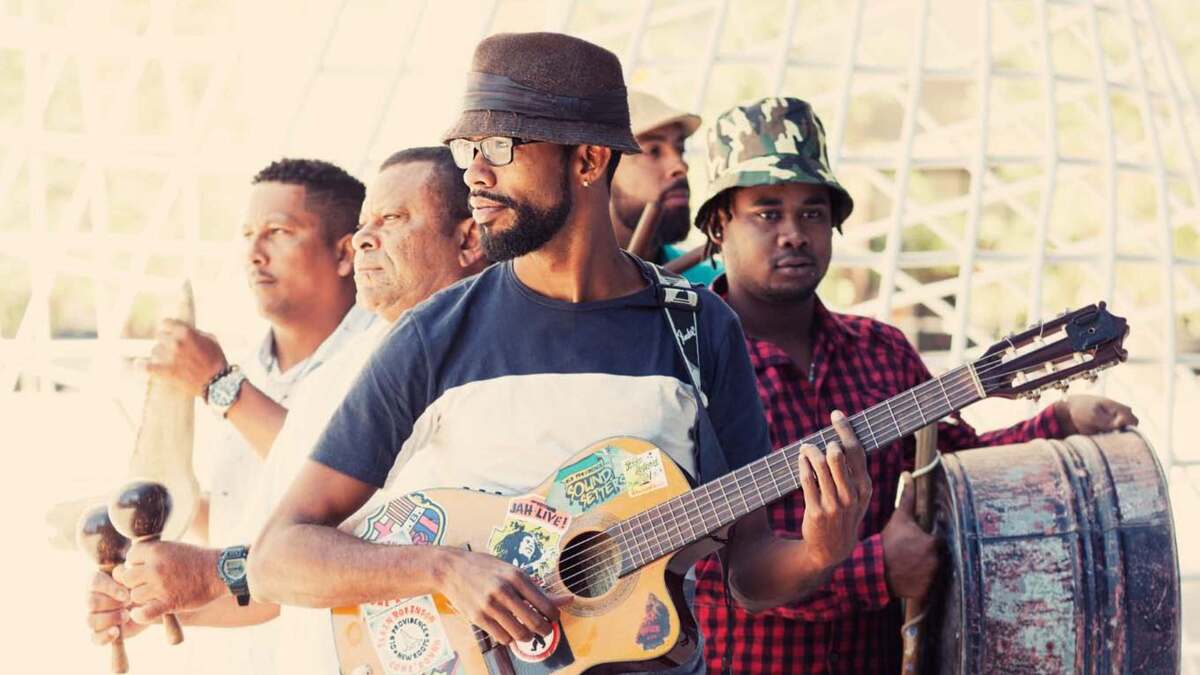 Elkin Robinson, who hails from a Caribbean island governed by Colombia, was a highlight of WOMEX 2017.

Fela Photography/Courtesy of the artist

Known mostly as a mining town until about two decades ago, the city of Katowice, Poland has recently transformed itself into a music capital with world-class facilities. For five days at the end of October, the city hosted the 23rd edition of WOMEX — World Music Expo — a mostly music-industry showcase held in a different European city every year.

Held in Poland for the first time, WOMEX 2017 convened 2,600 delegates from over 90 countries who represent a wide variety of perspectives on the industry — press, agents, tour managers, record labels, artists — to attend panels, networking sessions and meetings. Most of all, there are hundreds of performances representing the latest in the global music scene. It's an inspiring and uplifting (albeit exhausting) five days in which music explorers from all corners of the planet come together to experience over 300 artists in daytime-to-dawn concerts on seven stages.

The musical offerings range from superbly traditional to supremely cutting-edge. For those of us who focus on the Latinx side of music, it is a priceless opportunity to hear the multi-flavored sounds from our diaspora, nuanced by the many places our gente have gone.

Here are six of our favorite musical moments at WOMEX 2017 from artists with Latinx roots. Some we discovered for the first time; others we discovered reasons to love anew. To paraphrase Marcel Proust, the real voyage of discovery consists not in seeking new landscapes, but in having new eyes. In the case of WOMEX, the journey is all about having new ears. 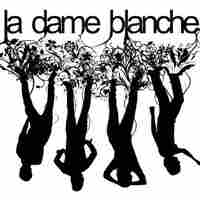 Yaité Ramos, aka La Dame Blanche, is yet another talented member of the new generation born of original Buena Vista Social Club members. But don't confuse her grooves with those of the smooth, suave Ibeyi, also based in Paris. The daughter of Jesus "Aguaje" Ramos, BVSC's Music Director, La Dame Blanche confidently sashays through melodic hip-hop laced with dancehall and reggae, swiveling hips, brandishing a cigar, licking the air luxuriously with her tongue and taking no musical prisoners. Occasionally, she pulls out the flute with a flair that evidences the classical musical training that her father wishes she would prefer to hip-hop (she speaks of her hope that some day a musical rapprochement will be reached with her progenitor) but in the meantime, this other path for her music suits her and us well. Accompanied by Marc "Babylotion" Damblé (producer of Amadou & Mariam and Orishas), La Dame Blanche came to Katowice, saw, sang and conquered. Her second album is coming out in 2018, and we cannot wait. 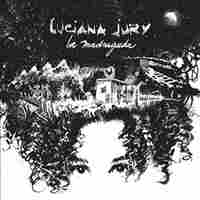 Luciana Jury entered her day showcase at WOMEX coming down the stairs, singing in the dark, accompanying herself with a guitar and singing a work chant born in the fields of Colombia — which, in its soaring lament, was in many ways reminiscent of a call to prayer. So it was not entirely a surprise to find out that one side of this Argentine singer's family has Syrian roots. Jury has an intense and dramatic way of phrasing her way through the Latin American songbook, which she attributes not only to Syria but the experiences of living through the Argentine dictatorship. Along the way, she extracts fresh shades of longing in songs ranging from Mexico's "La Llorona" to Chilean folk to fiercely nuanced tango. Her voice is a masterful instrument of interpretation, wielded with a furious, profound control. 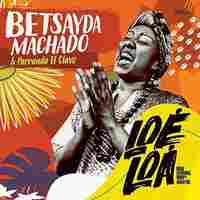 It was a treat to see Betsayda Machado and La Parranda El Clavo conquer another audience at Globalfest 2017, sharing the melodies and rhythms of Venezuela's Barlovento region and its Afro-Venezuelan history. For nearly 30 years, the members of La Parranda El Clavo have performed at town festivities, funerals and celebrations, preserving the musical heritage of escaped slaves from Africa who founded El Clavo and other similar settlements in the Venezuelan jungle. Based in the capital of Caracas, Machado — who boasts a potent, velvety voice and a regal, commanding stage presence — has developed a thriving solo career, but she never lost the connection to the town's Parranda. Sharing vibrant tunes from their first recording, the ensemble and their rich, turn-on-a-dime, multi-layered harmonies took WOMEX by storm. 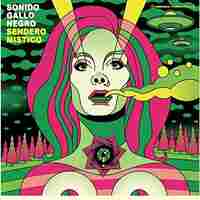 So what's a cosmic psych-mambo from Mexico with a theremin and live drawing like? That's a question that Mexico City's Sonido Gallo Negro is more than ready to answer, as its tight, nine-member instrumental ensemble moves through Amazonian cumbia, huayno, cumbia sonidera, boogaloo and Peruvian chicha — a medley of sounds aptly billed as the "soundtrack to a psychedelic spaghetti western starring the Grim Reaper, Mexican-style." The bone masks and suits and the real-time psychedelic projected drawings of Argentine artist and theremin player Dr. Alderete could nearly steal the show. But the music is solid and captivating, and irresistibly danceable. 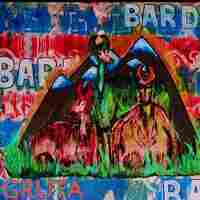 From 1 a.m. to 4 a.m., hardcore WOMEXicans head from the main showcases to the DJ sets in order to experience what happens to global music when you add a bit of bass — i.e. the club scene that is rooted in international beats from Senegal to Argentina. Cecilia Gebhard, aka Barda, was one of the Latinx DJ/producers chosen for a showcase this year, and she constructed an organic fusion of South American rhythms, folkloric chants, electronic textures and acoustic instruments. It ebbed and flowed in immersive sonic waves that took you to the trance or to the dance — your choice. 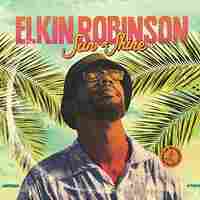 From the tiny island of Old Providence in the Colombian Caribbean right off the coast of Nicaragua, singer-songwriter Elkin Robinson is a gentle, sunny crooner whose mother tongue is an English-based Creole. His tunes are rooted in the musical language of the Caribbean — calypso, mento, zouk and gospel — and incorporate the homemade instruments of the African diaspora found all over the Americas, such as the percussive jawbone and washtub bass. His latest release, Sun A Shine, produced by Richard 'Sidestepper' Blair, shares good vibes and pleas for unity. My favorite song from that album, "Creole Vibration," is also a plea for allowing education in Creole English for the children of the island, rather than forcing Spanish-language education on all. We totally forgot Katowice's cold, rainy weather when Robinson warmed us on the dance floor with songs that lilted along like lovely Caribbean breezes.