Accessibility links
Alt.Latino's Deeper Dive Into The New Pixar Film 'Coco' : Alt.Latino This week we talk about the new movie Coco with an NPR entertainment reporter and some of the principals of the film. 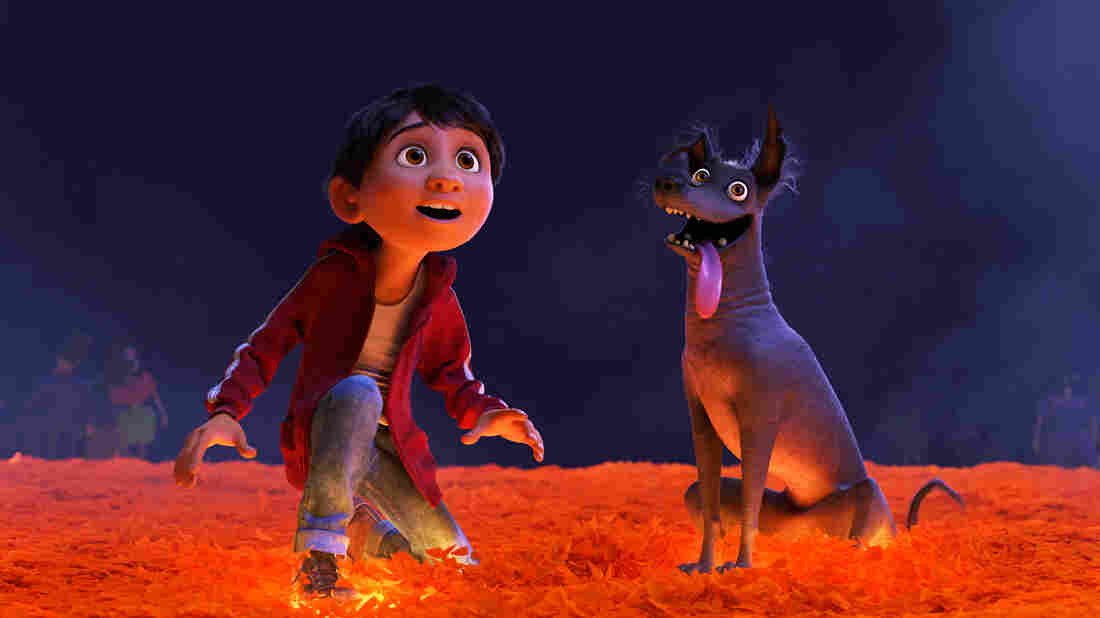 The character Miguel and his canine pal Dante on the Marigold Bridge from the film Coco. Pixar hide caption 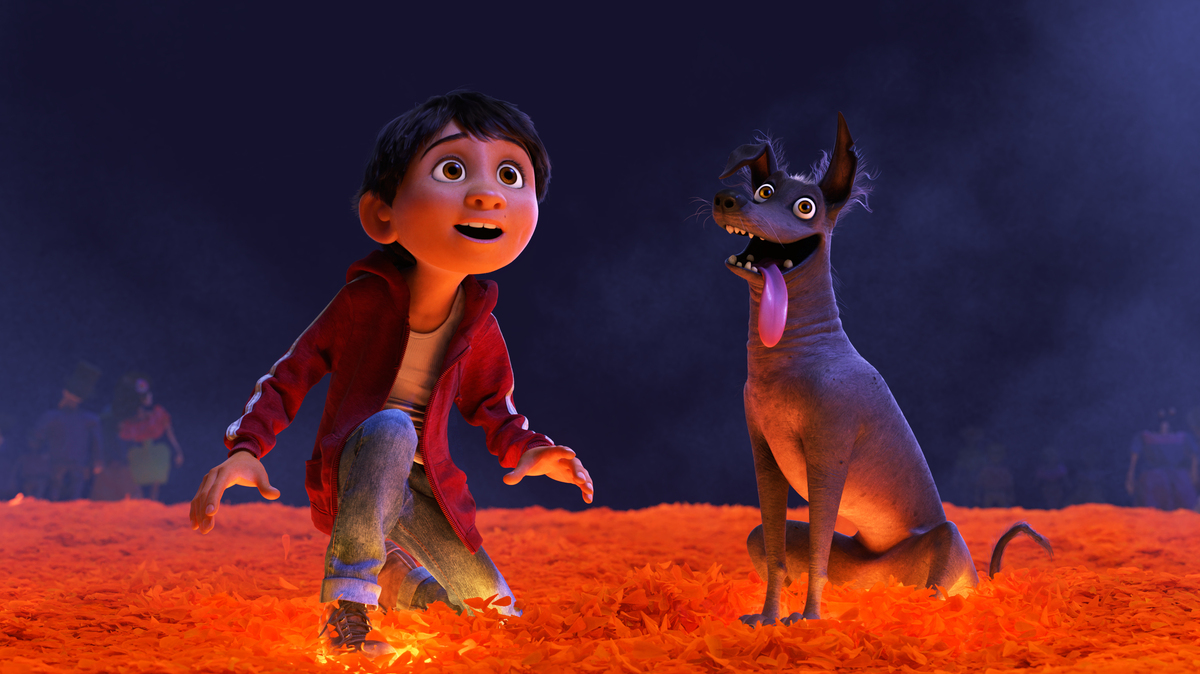 The character Miguel and his canine pal Dante on the Marigold Bridge from the film Coco.

Editor's Note: Disney's Pixar has released the box office numbers from the first weekend of Coco's release. The word "dominates" was used in a story from The New York Times. Here is a detailed breakdown of those numbers from the industry website IMDb.

The blog post below and the podcast were first published on Thursday, Nov. 23, the day of the film's release.

The history of Hollywood accurately reflecting Latino culture has been spotty at best, downright racist and insulting at its worst.

So anytime a major studio takes on a Latino theme many of us respond with a raised eyebrow. We're not exactly waiting with bated breath, but certainly with a healthy dose of skepticism.

So with our arms crossed and a solid "Show me what you got" attitude, Alt.Latino takes a deeper dive into the film Coco, the new Pixar animated film about a little boy from a Mexican village who slips over into the land of the ancestors during Día de los Muertos.

We talk to our resident Latino Hollywood expert, NPR's Mandalit del Barco, about the story behind the film. We also snagged an interview with the film's co-director and screenwriter Adrian Molina, and another with one of the film's musical consultants, Camilo Lara, who is the mastermind of the electronic band Mexican Institute Of Sound.

How did the Disney folks do with interpreting and representing us?

Check out the movie, take a listen to the show and let us know what you think on Facebook and Twitter.