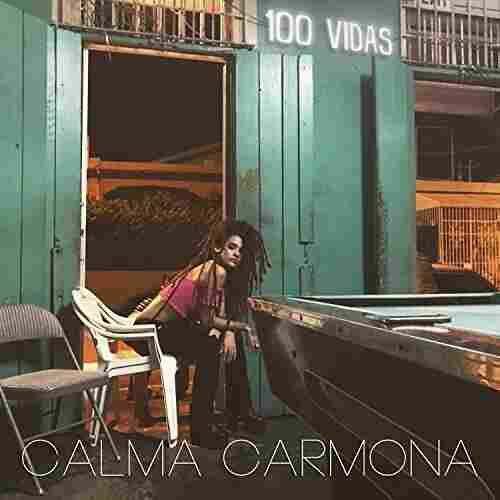 For someone from my generation, which grew up with the sound, it is a complete joy to see younger artists embrace soul music in such creative ways. Equally thrilling is to witness the genre's influence in Latin America and how it has been interpreted by the region's vocalists, whose first language may not have been English.

Calma Carmona — who has Puerto Rican heritage and currently lives on the island — is, very ably, carving out a place for herself in a populated field of singers reclaiming soul music as their own. Carmona is part of a wave of female vocalists with Caribbean roots making a big noise across pop music: Rihanna, Cardi B and Nicki Minaj, just to highlight a few of its best-known names.

Carmona's new album, 100 Vidas, is a bold statement of independence; the strength of her musical vision is contrasted with the coy, soft nature of her vocals.

The album's title track is a great example of the well-crafted combination of down tempo soul and Afro Caribbean hand drums percolating under a meditation on love, of another person and ethnic identity.

The gears shift slightly-- from a gentle hip-sway to full-on gyration — on "Mi Cura." That physical-musical analogy was deliberate, since Carmona's music and stage performance exalts in the physical not as a cheap and easy come-on but more like a celebration of bodily joy — a celebration in which she is in complete control.

Where 100 Vidas ultimately succeeds is in its arrangements' reflection of a Puerto Rico that is equal parts salsa and soul. "No Puedo Evitarlo" is my favorite example of how they mastered even the nuanced 16th notes of the percussion based-music into easy-going slow jams.

Calma Carmona is yet another face of the 21st century Caribbean woman and 100 Vidas could be the soundtrack of that new identity.