Accessibility links
Bomba Estéreo And Arcade Fire Team Up On 'Everything Now (Todo Ya)' : Alt.Latino A chance encounter between the Canadian rock band and the Colombian electronic group results in an inspired collaborative remix. 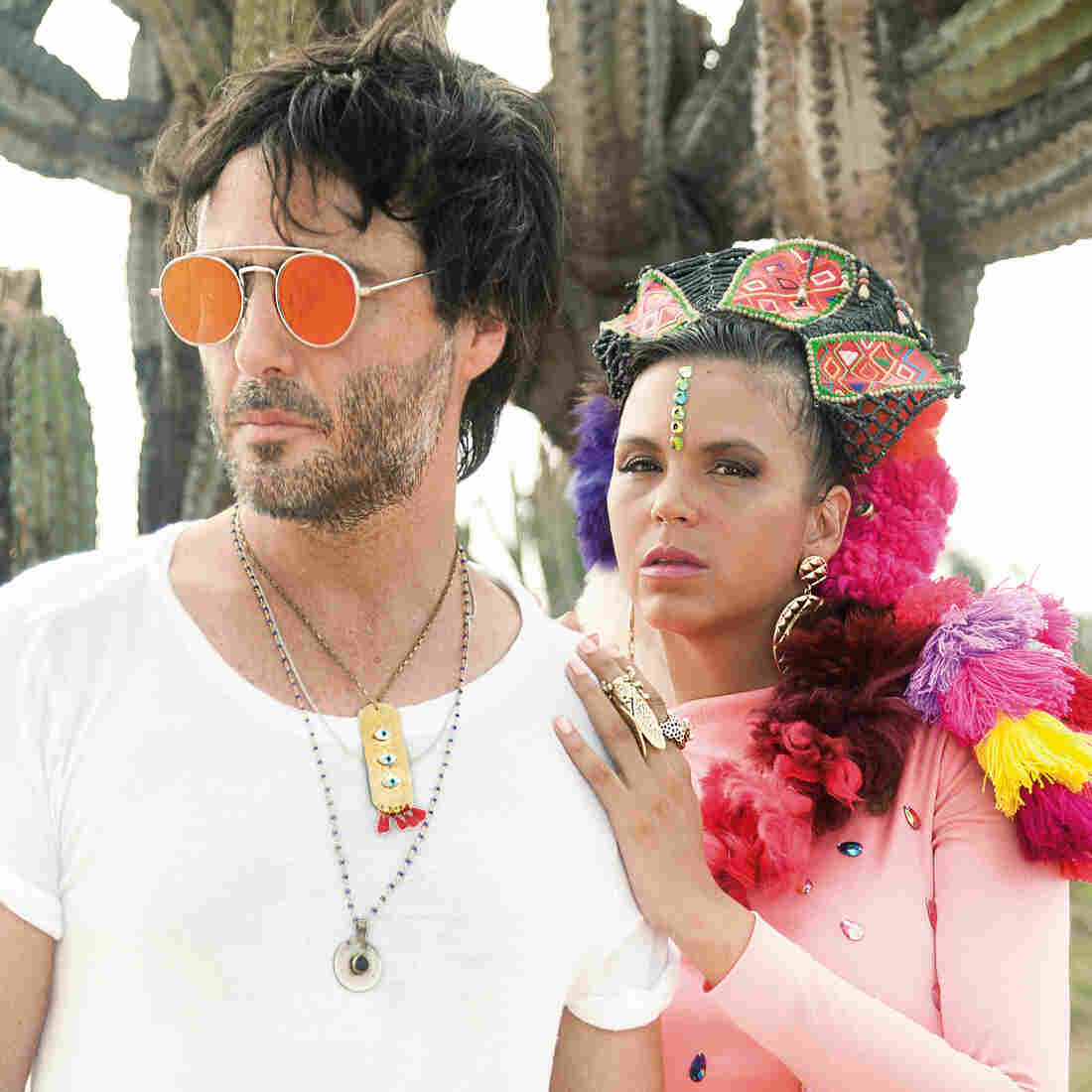 Simón Mejía and Li Saumet are principal members of the band Bomba Estéreo. Courtesy of the artist hide caption 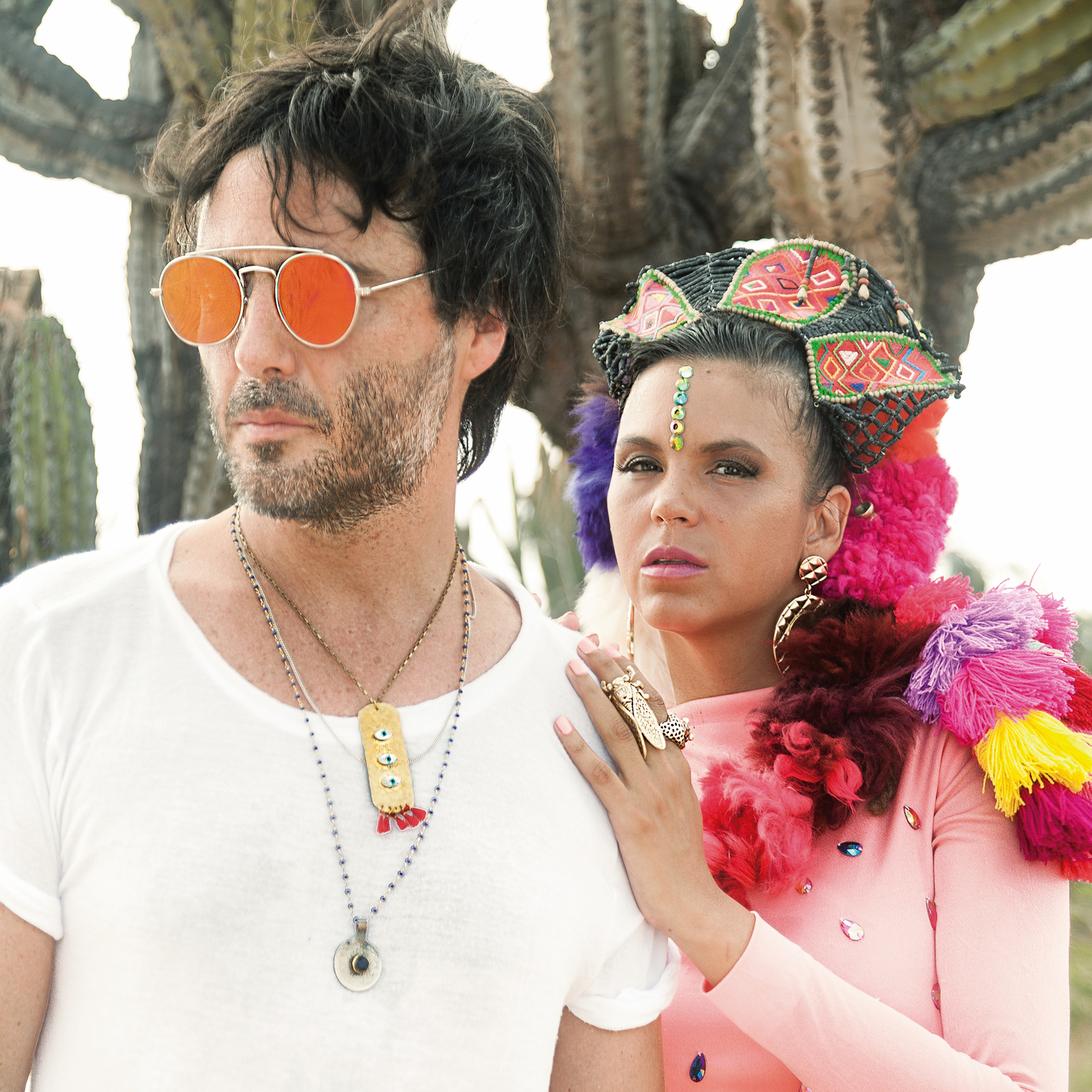 Simón Mejía and Li Saumet are principal members of the band Bomba Estéreo.

When Win Butler of the Canadian rock band Arcade Fire stumbled upon Bomba Esteréo playing in a church basement during the Pop Montreal International Music Festival, there was no turning back.

"They just completely blew me away," Butler said in an interview. He also said he was impressed with the "interesting and amazing ... new music coming out of Colombia."

Thus, the inspiration for an North/South America collaboration — a remix of Arcade Fire's 2017 track "Everything Now."

Bomba Estéreo is one of Colombia's most innovative bands with an infectious sound that combines traditional Afro-Colombian genres like champeta and cumbia with dance and electronica. Their brand of fusion gives "Everything Now (Todo Ya)" a metamorphosis from the original airy '80s acoustic-guitar-driven feel to an energetic rhythmic feast.

Drawing on the strength of their last four albums, the architect of Bomba Estereo's sound, co-leader Simón Mejía, disassembles the original song then layers it with Afro-Colombian beats, indigenous alegre drums, electronica build-ups, DJ tricks and even some rapping by Bomba Estéreo's spirited vocalist Liliana Saumet. The resulting grooves adds some intense Southern Hemisphere heat to the original's Canadian coolness.

The result is a spectacular re-imagining of Arcade Fire's signature sound that hopefully will inspire other U.S. and Canada-based bands to be musically adventurous and look south for future collaborations.