Accessibility links
Orquesta Akokán, Echoes Of A Cuban Past Recorded In Havana : Alt.Latino New album from Daptone Records recalls the glorious past of Cuban big band music recorded in an historic studio in Havana, Cuba.

Orquesta Akokán, Echoes Of A Cuban Past Recorded In Havana

Orquesta Akokán, Echoes Of A Cuban Past Recorded In Havana 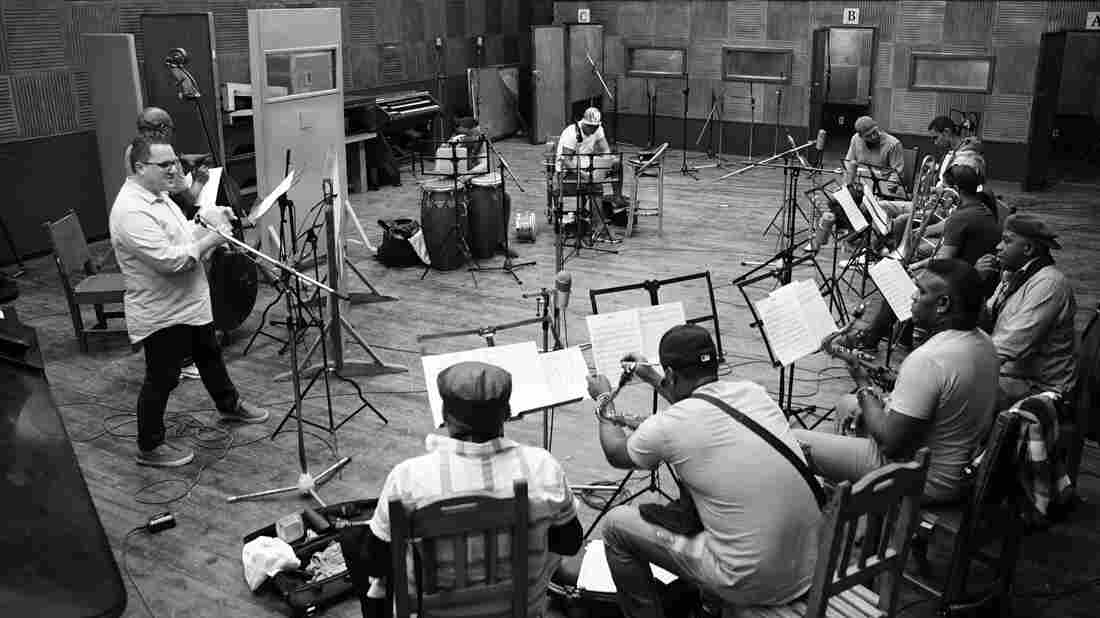 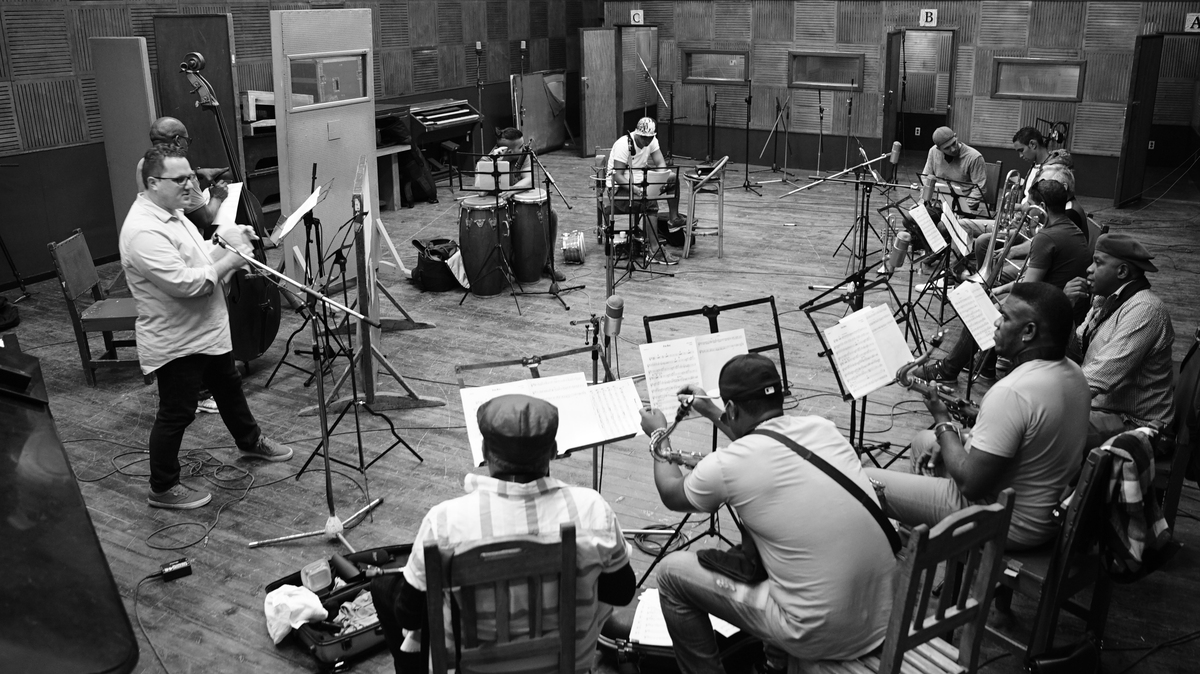 Orquesta Akokan in the stories Areito Studios in Havana, Cuba

Joel Pront/Courtesy of the Artist

The folks at Daptone Records know a thing or two about the magic of recording studios.

Their recording studio Daptone's House of Soul was built in a converted single family home in the Bushwick neighborhood of Brooklyn, and their dedication to analog recording imbued it with the kind of mojo that fills the air in places like the Motown Studios in Detroit (also built in a converted single family home) or the original Stax Studios in Memphis (built inside a converted movie theater) or Sun Studios also in Memphis (built as a recording studio).

So when they decided to make an album of original Cuban big band music, they went to the only place that made sense: Areito Studio in Havana.

Home of the state-run record company EGREM, the Areito complex has a storied history. In fact, it has served as ground zero for Cuban music since the 1940s: it was the most advanced and spacious recording facility on the island and has the tape vault to prove it. Every Cuban artist of note has performed in studio "ciento uno" (101), and before the revolution many Americans also walked into its wood paneled walls — from Benny Moré to Celia Cruz to Frank Sinatra.

So when Daptone Records set up a 16-piece band of some of Cuba's finest musicians to record their first Spanish language album, they were in the company of the the musical spirits that define contemporary Cuban music. Over three magical days, New Jersey-based Cuban vocalist Jose "Pepito" Gomez and Orquesta Akokán played arrangements by Mike Eckroth that evoke the classic big bands that played recording sessions by day then performed at the Tropicana Nightclub at night. The album was produced by Chulo Records founder Jacob Plasse, who befriended Pepito performing in New York City Latin music ensembles. Jacob and Mike flew to Havana with Pepito to make the album.

A full album is expected on March 30 but for now we are teased with the first single, "Mambo Rapidito." An explosion of brass and saxophone call the dancers to order then the rhythm rides on the pulse of the saxes, calling to mind the full bodied sound of past masters Perez Prado and Tito Puente.

The arrangement reminds us that these orquestas of the past were really just giant rhythm machines, with the horns duplicating or counteracting the rhythms of the congas, timables and cowbells. By the time Gomez commands the microphone to encourage us to "baile mi mambo," the groove is as intense as a run away train, making room for a flute solo, call-and-response horn blasts and a piano solo boasting the octave runs that are the hallmark of the Cuban piano tradition.

What really impresses this percussionist is how many of the tunes are played on just one conga instead of two, just the way they did it back in the day. That attention to detail makes for a sound that is an appropriate tribute to the style, Areito Studios and to Daptone Records' mission of memorable old school analog recording.

I can't wait for the rest of the album!