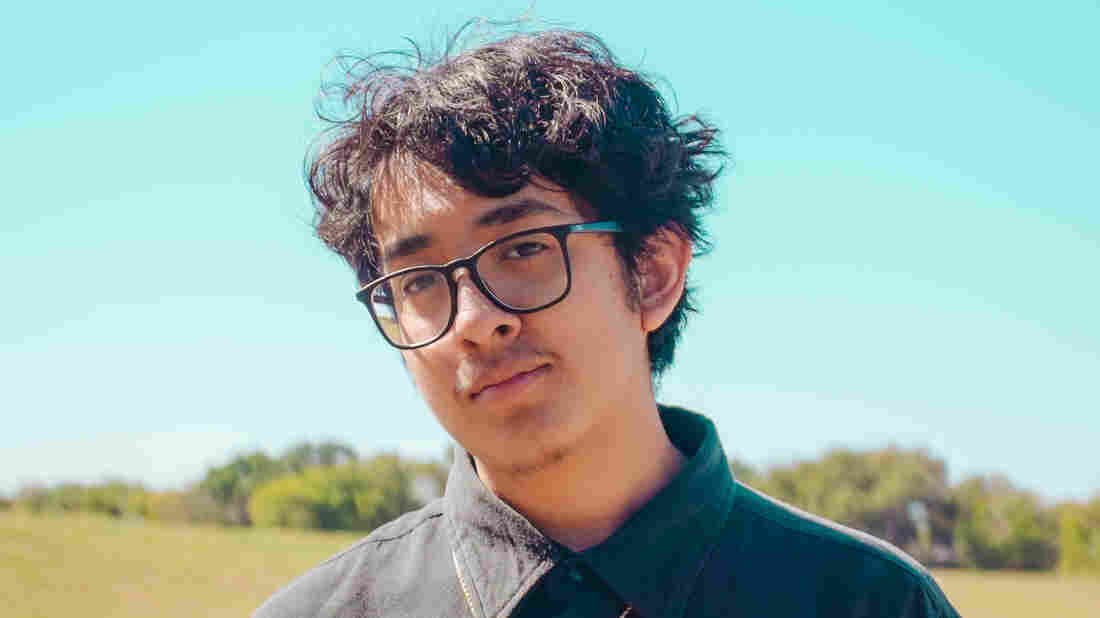 As an independent artist who has received tons of buzz on his own, Cuco isn't looking to sign with a label. Abraham Recio/Courtesy of the artist hide caption 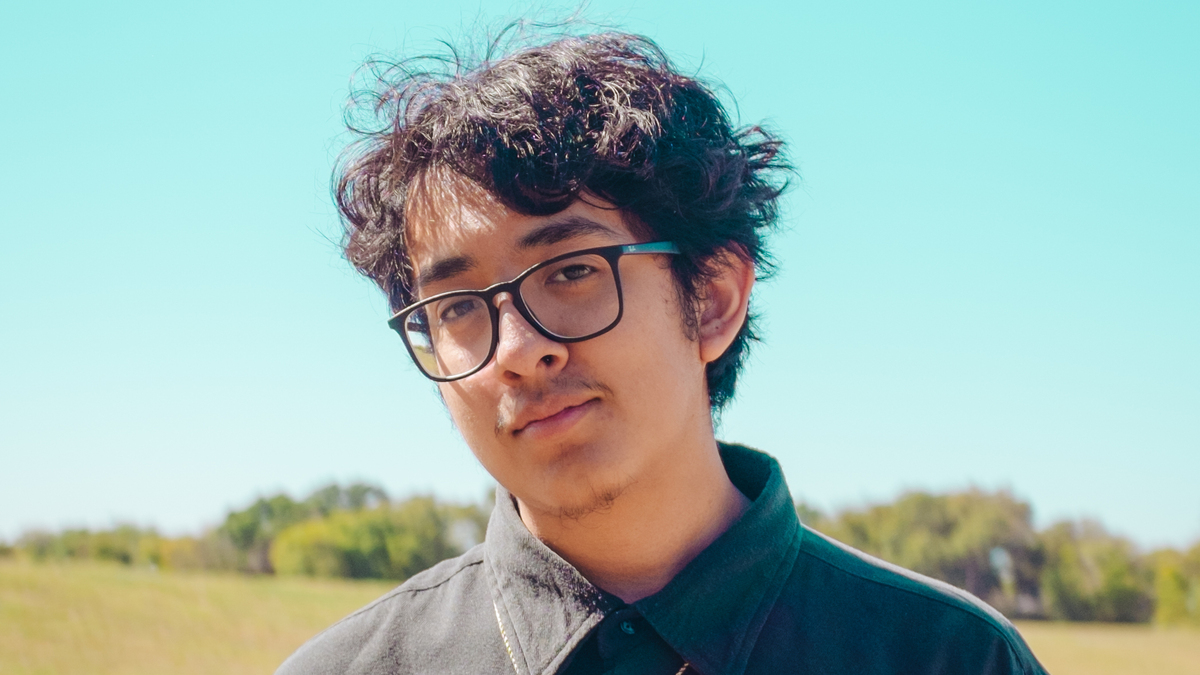 As an independent artist who has received tons of buzz on his own, Cuco isn't looking to sign with a label.

Abraham Recio/Courtesy of the artist

On first glance, Omar Banos appears to be a normal kid. The 19-year-old Mexican-American from Hawthorne, Calif., is a vision in millennial aesthetics: all-white sneakers, long-sleeve T-shirts and Arial font.

And he's blowing up the internet.

Better known online as Cuco, Banos has made waves as a self-produced multi-instrumentalist and singer, a style icon and a Chicano heartthrob whose lyrics have been committed to memory by scores of devoted young Latinas — all as an independent artist. His 2017 Soundcloud hit "Lo Que Siento" has over 8 million combined streams on Souncloud and Spotify, and his twee, yet earnest Spanglish love lyrics earned him a spot on Alt.Latino's Favorite Songs of 2017. He is this generation's equivalent of driving around to Baby Bash on the radio with the top down, only this time, we're hiding from la visita in our bedrooms. 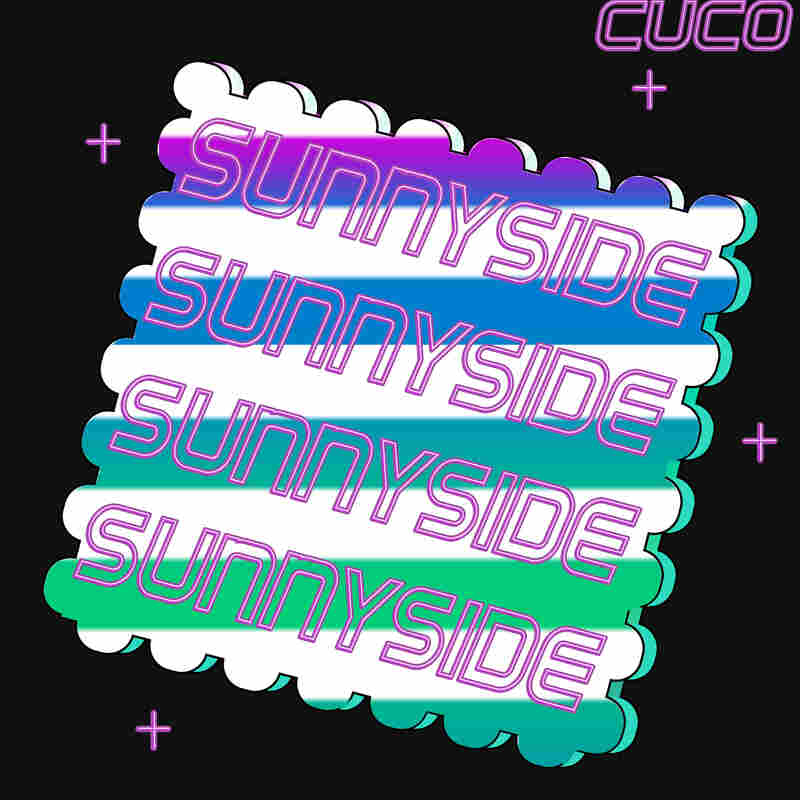 Cuco's latest track, "Sunnyside," dropped two weeks ago and builds on his alternative R&B foundation with a little more jazz. Its chorus maintains his signature twinkling lilt and simple rhymes: "Every time I look for you / You're nowhere near, it makes me blue / I swear I need you by my side right now / Forever." He even punctuates the track with an uptempo hip-hop beat that gives way to a jazzy electric guitar solo, highlighting Banos' technical chops (as he did with his trumpet solo on "Lo Que Siento").

Alt.Latino's Favorites: The Songs Of 2017

For the most part, recent Latin hits have come from the major record labels — leaving the hundreds of Latinx Soundcloud rappers, Bandcamp junkies, and reddit hypebeasts out of the conversation. Cuco's prolific canon of bedroom pop on Soundcloud and Bandcamp is reminiscent of (Sandy) Alex G, whose online indie-rock catalog made him a DIY icon and revived the bedroom-auteur aesthetic for a new generation. For Latin music, so often seen as brash, sexy, and loud, Cuco offers an introspective perspective that is no less alluring.

Like so many artists in the soon-to-be-trademarked Latin Revolution of the past year, Cuco is blowing up because he's filling a niche that so many Latinx millennials were hungry for. His Spanglish sounds like ours, and even his moniker — Cuco — reminds us of our moms' affectionate nicknames for us. Here's to Cuco and the young Latinos shining a light on our vibe.