Accessibility links
Reggaeton In The Age of #MeToo : Alt.Latino This week, we have a thoughtful discussion of the genre's sometimes controversial depiction of women. 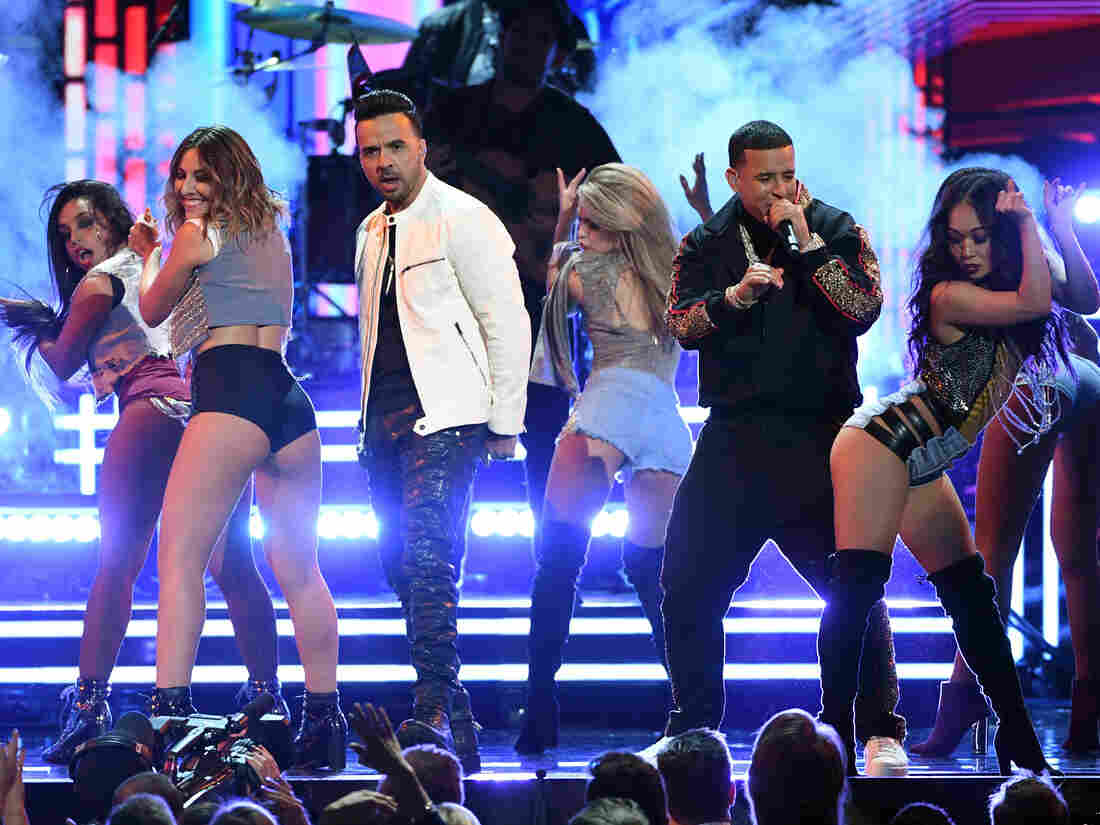 Luis Fonsi and Daddy Yankee, performing with female dancers during this year's Grammy telecast, is a topic on this week's show. Kevin Winter/Getty Images for NARAS hide caption 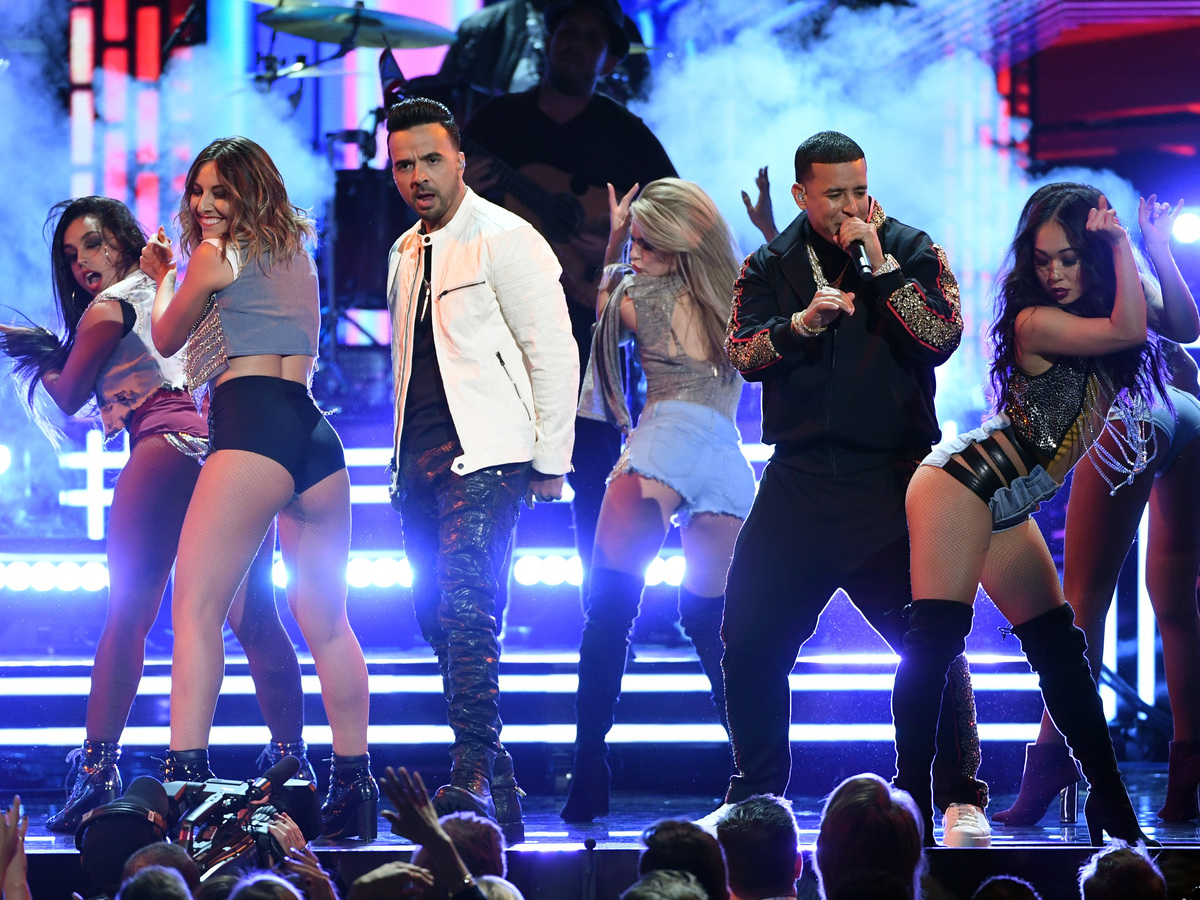 Luis Fonsi and Daddy Yankee, performing with female dancers during this year's Grammy telecast, is a topic on this week's show.

We are living through an amazing moment — a cultural shift spurred by the #MeToo and #TimesUp movement that is bringing with it a rising awareness among men (some, at least) of the abuse of, or blindness to, the power imbalance at the bedrock of our culture, and of the abuse and misconduct that imbalance breeds toward the women in our lives, at work or otherwise.

It is particularly significant that the incidents that helped launch this national conversation occurred within the artistic community, following revelations that Harvey Weinstein abused his position of power over decades as a leader in the film industry.

It was the Puerto Rican, urban, working-class neighborhoods that reggaeton was associated with in its beginnings on the island.

One of the ripple effects of all this is a critical reexamination of artistic expression within distinct cultural groups. Today, we add to that national conversation by taking a look at women and their representation in reggaeton alongside some special guests:

Our conversation is wide-ranging and does not shy away from the controversial aspects of the music. But there is also the opportunity for a deep understanding of why the music sounds the way it does, and why some of the lyrics could be interpreted as offensive.

[A classist perspective of reggaeton] does not allow women to be sexual beings and they don't have sexual desires that they can voice ... and be part of a popular scene.