Accessibility links
Brenda Navarrete Brings A Spiritual Drumbeat To The Female Vanguard Of Cuba : Alt.Latino The vocalist and percussionist's new album is a celebration of Afro-Cuban spirituality — and grooves.

A Ochún by Brenda Navarrete

4:15
Brenda Navarrete Brings A Spiritual Drumbeat To The Female Vanguard Of Cuba 4:15 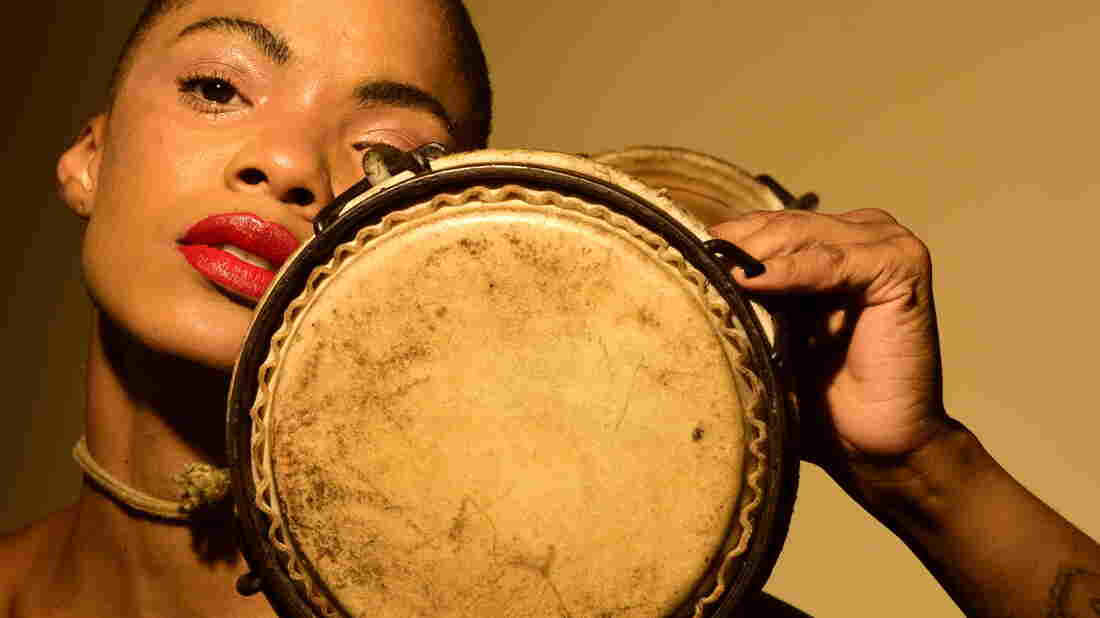 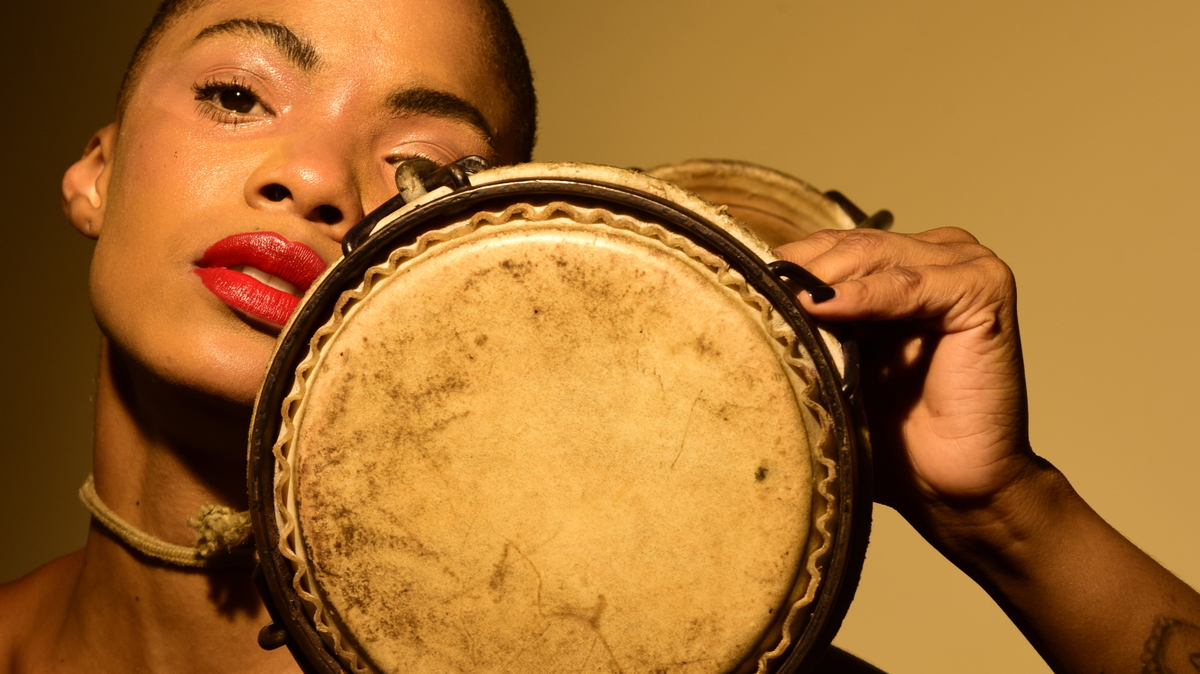 There is another revolution happening in Cuba these days.

A group of young female musicians — including Daymé Arocena, Danay Suárez and the all-female band Jane Bunnett and Maqueque — are challenging both musical and cultural conventions, creating innovative Afro-Cuban music fused with a variety of genres like R&B, hip-hop, reggae, electronica and jazz.

With the release of her first album Mi Mundo, Brenda Navarrete is the latest among this Cuban vanguard. Navarrete is a vocalist, songwriter and percussionist whose debut is a sophisticated and mesmerizing celebration of Afro-Cuban polyrhythms, infused with world music and Latin jazz. It is a thrilling display of commanding vocals with a strong, heavily acoustic foundation of drums and percussion, driven by her skillful work on the batá and congas. Navarrete recruited a roster of notable guest musicians, including renowned Cuban pianist Roberto Carcasses, drummer Horacio "El Negro" Hernandez and the Cuban producer, arranger and bassist Alain Perez.

"Estoy como los dioses! [I am like the gods!]" is how Navarrete greets me on the phone from Havana. That spirituality permeates her conversation and her music; many of these songs are dedicated to various Afro-Cuban deities. Her song "A Ochún," for instance, is a dedication to an orisha, a goddess or spirit of love and beauty connected to destiny and divination. Navarrete wrote the song by the bank of a river, as Ochún is said to reside in fresh water — and like a river, the track is a journey of changing currents. Kicking off with an increasing tempo of percussion and call–and-response vocals, before floating into a soft-jazz piano, percussion and flute interlude and closing with a dynamic verse of rich harmonies and spoken word.

A Ochún by Brenda Navarrete

Navarrete initially made a name for herself on the island as a percussionist, through her work on batá drums, which are used in Yoruban spiritual practices. (It was once sacrilegious for women to play those drums in Cuba, until recently.) Navarrete herself began studying percussion at age eight, and first learned the batá at 17, from a 13-year-old boy who was playing with Yoruba Andabo, a renowned group in Cuba.

"When I play batá or congas, I feel the energy is positive always," she says, exuberant. "They have years and years of transmitting positive energies into human beings. It's another form of communication, a conversation that transmits love and joy."

The West African Yoruba faith, and its spiritual music, have thrived since the days of the slave trade in Cuba, which Navarrete cites as an inspiration. "The rhythms, the drums, the spirituality. Afro-Cuban music is a conversation. All styles: rumba, mambo, bolero, cha cha cha... It's like a question-and-answer." The conversation is evident throughout Mi Mundo.

In "Taita Bilongo," composed by Alain Pérez and Gradelio Pérez, Navarrete's strong alto stands out with a maturity beyond her 27 years. It begins as a guaguancó (a form of traditional Afro-Cuban rumba), then adds jazz elements before breaking into an uptempo mambo, ultimately combining it all, trading dynamic call-and-response sonéos (improvised vocals) with Pérez.

The genre stretching comes in the track "Namaste," a perfectly executed mix of Yoruba and Hindu sounds, layered with harmonies, spoken word, vocalized percussion and gorgeous melodic chants, all in the Yoruba language, over an Afro-Cuban jazz foundation. And it blends Yoruba with Hindu rhythms, by featuring both tabla, an Indian drum, and batá. Navarrete says: "It is about love. Love to life, love to humanity, and to unity."

Mi Mundo is a powerful first statement and places Navarrete in good company. She says she's proud of Cuba's other cutting-edge female musicians. "These girls, all are different but similar. All play jazz with Afro-Cuban music in their souls, and they have the same approach as I — to enrich our Cuban sounds by mixing them with music from all over the world, with love and passion."