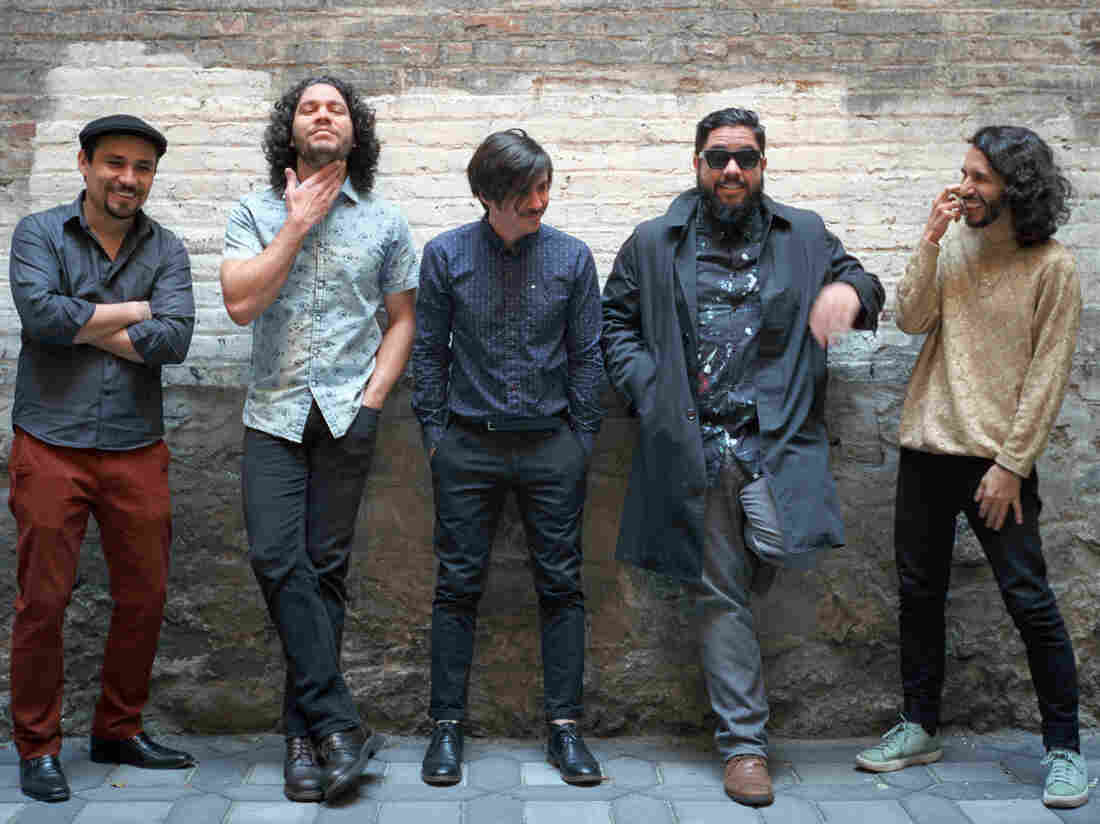 The members of La Mecánica Popular eloquently cross genres on their new album. Mariano Paul/Courtesy of the Artist hide caption 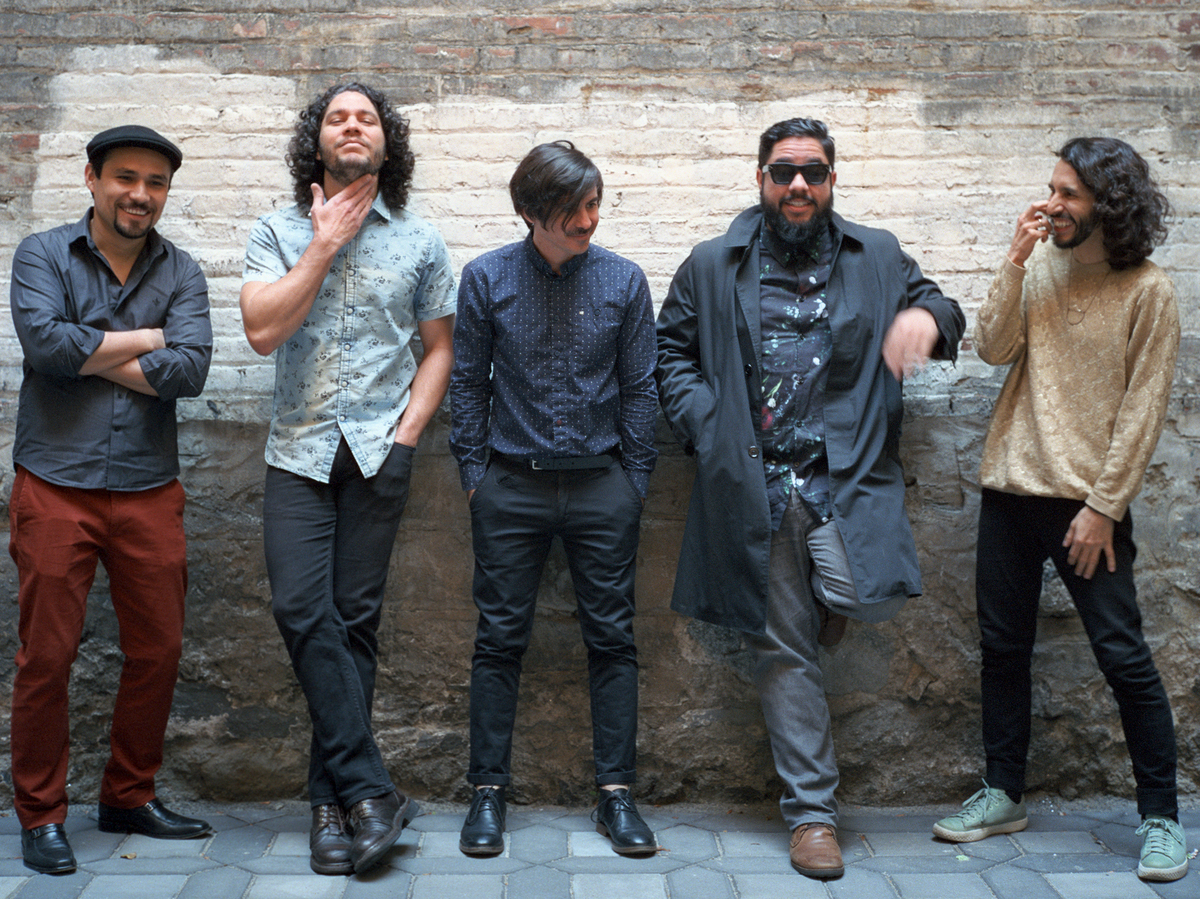 The members of La Mecánica Popular eloquently cross genres on their new album.

Mariano Paul/Courtesy of the Artist

It's not often that Rosicrucianism and a salsa-playing robot come up in the same conversation — chatting with Peruvian-born, New York-based musician, composer, robotics and software developer Efraín Rozas is a heady whirlwind.

Rozas holds a Ph.d. in composition and ethnomusicology; his thesis was, in essence, "Primitivo," the aforementioned robot whose brain was designed to play polyrhythmic percussion. An extraordinarily talented composer, Rozas is fascinated by the workings and relationships between mind and matter. At the same time, he's deeply invested in creating an authentic language for a new Latin American music.

The self-titled debut album of Rozas' band, released in 2013, was a set of quirky and slightly tongue-in-cheek tropical tunes in a style he called "experimental salsa." La Mecánica's new album Roza Cruz (the title translates to "Rosicrucian" in Spanish, a nod to Rozas' father and grandfather, both of whom attempted in their work to tie together knowledge and spirituality) veers towards an entirely new kind of composing, with some segments created by Primitivo the Robot.

In this iteration of La Mecánica Popular, Rozas plays guitar and piano, accompanied by musicians well-versed in Latin jazz, such as Dan Martínez on bass, Joel Mateo on timbales, Guillermo Barrón on conga, as well as guitarist Felipe Wurst. Roza Cruz was recorded entirely live, with a maximum of two takes per song. The results are a crackling melding of past and future in an intoxicating and visceral mix, as La Mecánica Popular expresses a musical Latinidad that transcends clichés.

Rozas' New Latin American music is imbued with a persistent percussiveness and marked by tightly woven improvisation throughout — more often that not, it's jazz. And of course, there's references to chicha, a special brand of Peruvian cumbia that emerged in the '70s and which melted together Amazonian folk traditions, psychedelic grooves and surfy prog.

In compositions such as "Ofrenda," La Mecánica Popular masterfully careens through all of the above, maintaining a keen sense of dynamics.

Both forward-thinking and deeply rooted in Latin American musical traditions, Rosa Cruz' complex and surprising textures constantly engage the mind — while commanding the body to dance.

La Mecánica Popular's sophomore album, Roza Cruz, is out April 13 on Names You Can Trust.