Accessibility links
Queer, Punk And Latin: A Discussion About Sexual Identity : Alt.Latino A panel of women take on the topic of what it takes to make in in the Latin music business while staying true to your gender identity. 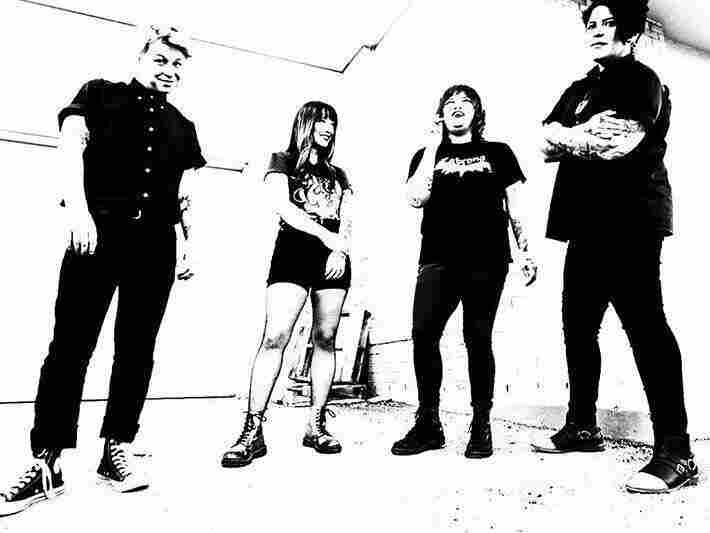 Jen Alva, far right, of the band Fea is featured this week talking about sexual identiy in Latin music. Courtesy of the Artist hide caption 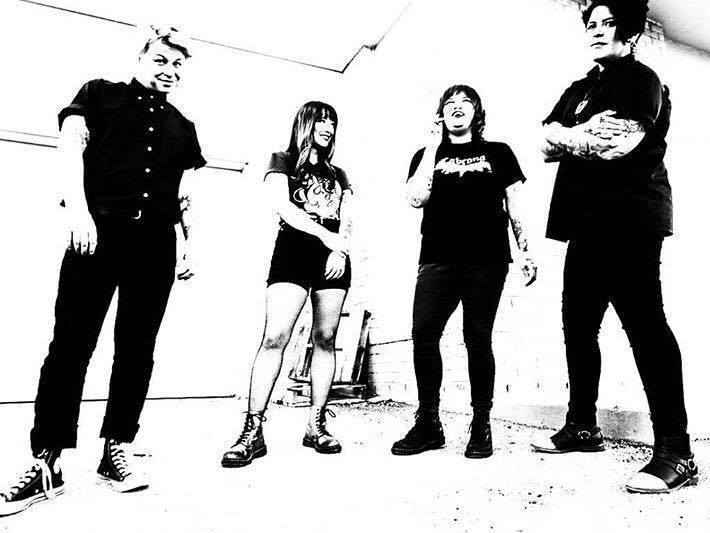 Jen Alva, far right, of the band Fea is featured this week talking about sexual identiy in Latin music.

Every now and then we go beyond music appreciation to talk about subjects that are music related, but speak to much larger social issues. This is one of those weeks.

For no other reason than we wanted to talk about it, the subject is queer and LGBT women in the Latin music industry.

This week, I've once again invited journalist Jessica Diaz-Hurtado to assemble a panel and guide the conversation. She reached out to bassist Jenn Alva, of the bands Fea and Girl In A Coma; Mexican rapper Niña Dioz, one of the first female hip-hop artists to be open about her sexual identity; and a fellow Latin music podcaster, Miriam Zoila Perez, co-host of Radio Menea.

How we identify ourselves is reflected in a variety of ways including how we pronounce our names, how we do our hair, what we wear, where we choose to live and what music we listen to. The conversations this week touch on some of these but of course we also talk music as a reflection of how we think ourselves. We include music made by Jenn Alva and Fea as well one of their influences, Alice Bag. We also feature a new song by Niña Dioz, which also features Lido Pimienta and Ceci Bastida, that speaks to this week's theme.

We kick things off with a song by Chavela Vargas, an iconic ranchera singer who challenged Mexico's conservative ideas of sexual identity back in the 1940's and '50s. Her music and some clips from an interview I did with her in 2011 give us some guideposts for a fascinating conversation.