Las Cafeteras Celebrates Love In The Time Of Borders

Las Cafeteras Celebrates Love In The Time Of Borders 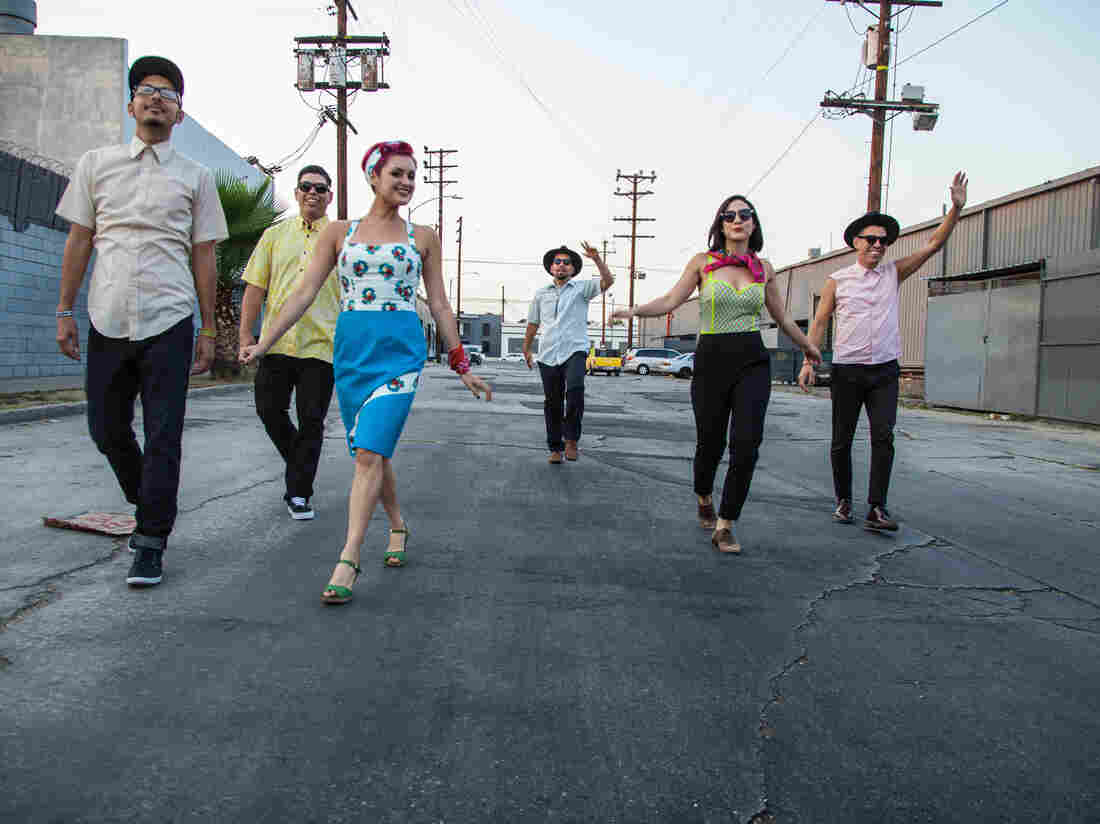 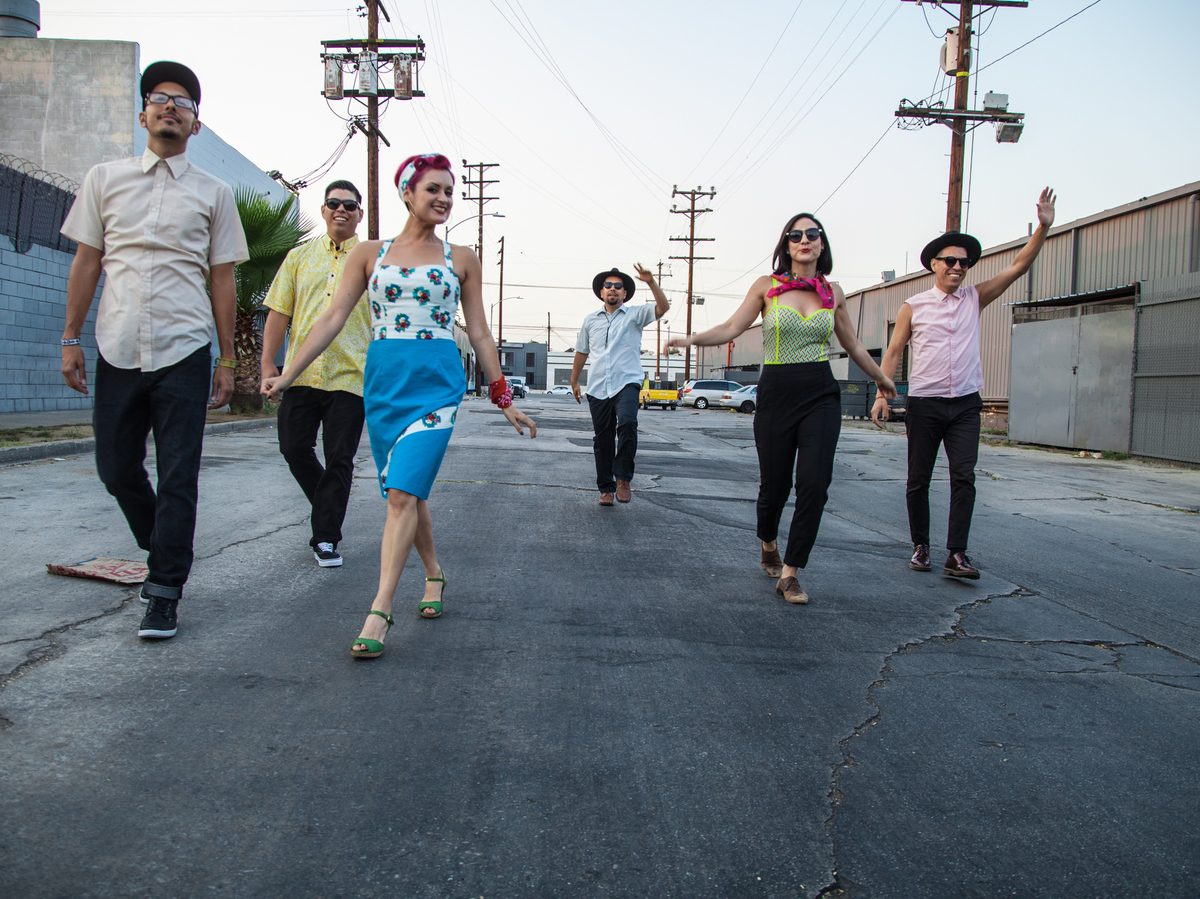 Rafael Cardenas/Courtesy of the Artist

Just as President Trump called out Congressman Keith Ellison, Deputy Chair of the DNC, for wearing one of Las Cafeteras' t-shirts that declares, "'I do not believe in borders," the border-busting and genre-blending band share a homage to immigrant love and sacrifice with the "Tiempos De Amor" video, premiered by Alt.Latino.

"Tiempos De Amor" was originally written to document the strength of migrant families and in pointed response to what the band considers the President's open contempt for Mexican immigrants. With lyrics such as "I would cross any river, to be close to you," band member Daniel Jesús French calls the tune an immigrant's version of "Ain't No Mountain High Enough."

The music and dance performance of the video was filmed at Guelaguetza, a Los Angeles Oaxacan restaurant in a historically immigrant neighborhood. This visual segues from the strains of a traditional Oaxacan Marching Band into the smooth and always joyful beats of Las Cafeteras' trademark jarana-imbued urban folk, connecting the past and the present of the immigrant experience. Featuring the urban Afro-Latinx Dance Crew CONTRA-TIEMPO, Las Cafeteras worked with dancer Isis Avalos, a formerly undocumented Dreamer, as well as lead choreographer Ana Maria Alvarez to create the "Tiempo de Amor" visuals. The dance narrative emphasizes the theme of connection and uses both abstract movement as well as salsa and partner dancing motifs to explore ideas central to immigrant life: tension, distance, restriction and freedom. Framed by backdrops depicting indigenous and migrant life in Mexico, the video expresses a vision where borders notwithstanding, as the song proclaims, a people "the color of earth, born of flowers" move in authenticity and connect in radical joy as they improvise a new existence.