Accessibility links
Alt.Latino's 12 Favorite Latin Songs Of 2018 (So Far) : Alt.Latino We laugh, we cry, we celebrate the best of the year so far with everything from bugalú to boleros to Latinx punk. 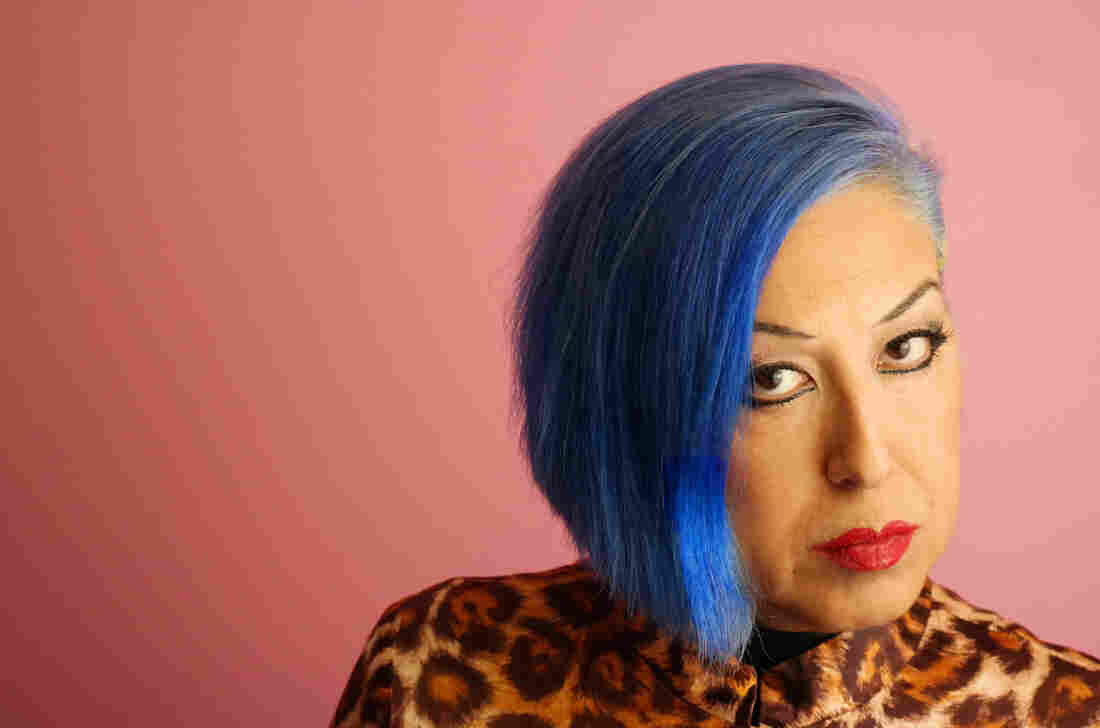 Alice Bag had one of the best songs and albums of the year so far. Greg Velasquez/Courtesy of the Artist hide caption 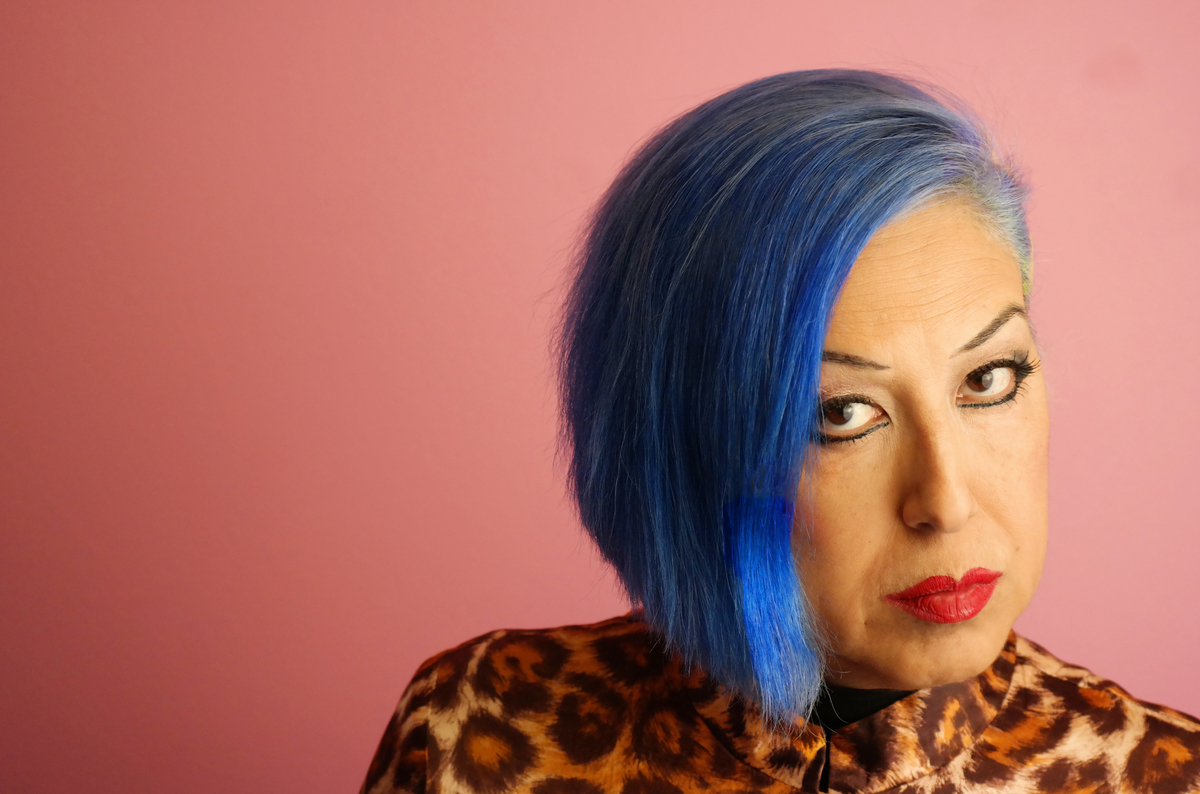 Alice Bag had one of the best songs and albums of the year so far.

Greg Velasquez/Courtesy of the Artist

Seems we were just letting the echoes of our favorite songs of 2017 settle into our consciousness when we have a whole new batch music to surprise and enchant us.

There was so much that I had to call in help from Team Alt.Latino: Marisa Arbona-Ruiz, NPR's Stefanie Fernández and Catalina Maria Johnson. The more the merrier, we say.

Our look back takes in everything from pop music trendsetter Cardi B to a Cuban percussionist and vocalist redefining the music of her island to a veterana of Chicana punk who is still making vibrant music with plenty of attitude, plus we fit in a couple of new voices that will either leave you speechless or in tears. (Sorry for making you cry, Marisa!)

If you want to heat up a dancefloor, look no further than to the new boogaloo! Spanglish Fly has hit its stride by lending a modern edge to the 1960s genre that was born of soul and Afro-Carribean dance music in New York City. "Boogaloo Shoes" is a feast of rhythm, horns, Cuban guajeo piano riffs and even a sassy rap by Mariella Gonzalez: "They could be made for walking, and that's just what they'll do, cause we're putting the you in zapatos (shoes) boogaloo." Amen, sister.- Marisa Arbona-Ruiz

You don't need us to tell you that this song took over the first half of 2018. At over 240 million streams and counting on Spotify, the song proved the most infectious track off Cardi B's debut album Invasion of Privacy. It owes its sample — and the drop of the year — to Pete Rodriguez's 1967 boogaloo hit "I Like It Like That." Together with Bad Bunny and J Balvin, Cardi B is leading a movement of pan-Latino solidarity in music that's making Spanish-language music impossible to ignore. Finally. — Stefanie Fernández

A match made in Chicano soul heaven... and for the Latinx video outlet we are mitú. Pop star Miguel flexes his Afro-Mexican roots with everyone's fav Chicano lounge groovers Chicano Batman on a remake of the band's charming "Black Lipstick". The original was damn good, but the remake is perfect. — Felix Contreras

When a feminist, veteran punk rocker heard mean-girl jeers about her, the reaction was Alice Bag's self-affirming "Se Cree Joven" ("She Thinks She's Young"). It happened in a dollar store en español – unintended for Bag to understand. Her comeback brew of punk rock power chords, rebel spirit and a little mockery of her criticizers' own words create the kind of baditude you can arm yourself with to take on the world. - Marisa Arbona-Ruiz

Cuban rap gods Orishas dropped their first album in 10 years and no one in English-language media noticed. At the beginning of the album, the trio describe their sound as a bembé celebrating the best of all time, "Tupac y Benny Moré." On "Donde Nací," a five-genre love letter to the homeland, the group seamlessly fuses cumbia, son clave, reggaeton and rap before ending on a punto guajiro on the tres. The chorus captures a feeling only immigrants can understand — that homelands can break our hearts and heal them just as well. — Stefanie Fernández

Balún is changing our expectations from Puerto Rican music right before our eyes and ears. By mixing electronic instruments with traditional music and found objects like empty Coke bottles, the band is creating a sonic landscape that leaves me craving more. This track is a rhythmic and sonic explosion of joy and innovation. — Felix Contreras

This is the wistful love song that opened the floodgates of my heart. "Asilo" is a stirring duet of voice and guitar performed in one take by Uruguayan pop crooner Jorge Drexler and one of my favorite performers, Chilean artist Mon Laferte. The alchemy between Drexler's soothing magnetism and Laferte's intensely emotive yet gentle vocals put me under a dreamy spell.-- Marisa Arbona-Ruiz

"Candela" is the kind of song your cool older prima plays you when you're hiding from the adults at a baby shower. Bad Gyal's second mixtape, Worldwide Angel, from February put the Barcelona singer on the map (and on NPR Music's Austin 100) as a force to be reckoned with the world over. Her lyrics celebrating herself combined with dancehall rhythms and an irresistible guitar riff make this song one of my favorites of the year and 100 percent USDA-certified cool-prima material. — Stefanie Fernández

This tune makes me feel invincible! Monterrey, Mexico-born rapper Niña Dioz invites the equally fierce artivists Lido Pimienta and Ceci Bastida to rap and chant with her in an anthem that proclaims. "We rise step by step and you cannot avoid it." — Catalina Maria Johnson

There is a generation of young Cuban musicians who are redefining Cuban music with every album release and gig. Percussionist and vocalist Brenda Navarrete is one of those whose talents seems to know no bounds and whose music deserves much more recognition than she receives now. This album is a masterpiece that gets better with every listen. — Felix Contreras