Accessibility links
Samba And Saudade: The Inspirations Behind 'The Air You Breathe' : Alt.Latino "Samba's beating heart is actually suffering and sadness." The Air You Breathe by Frances de Pontes Peebles uses Brazilian music as a backdrop for an intimate story of female friendship. 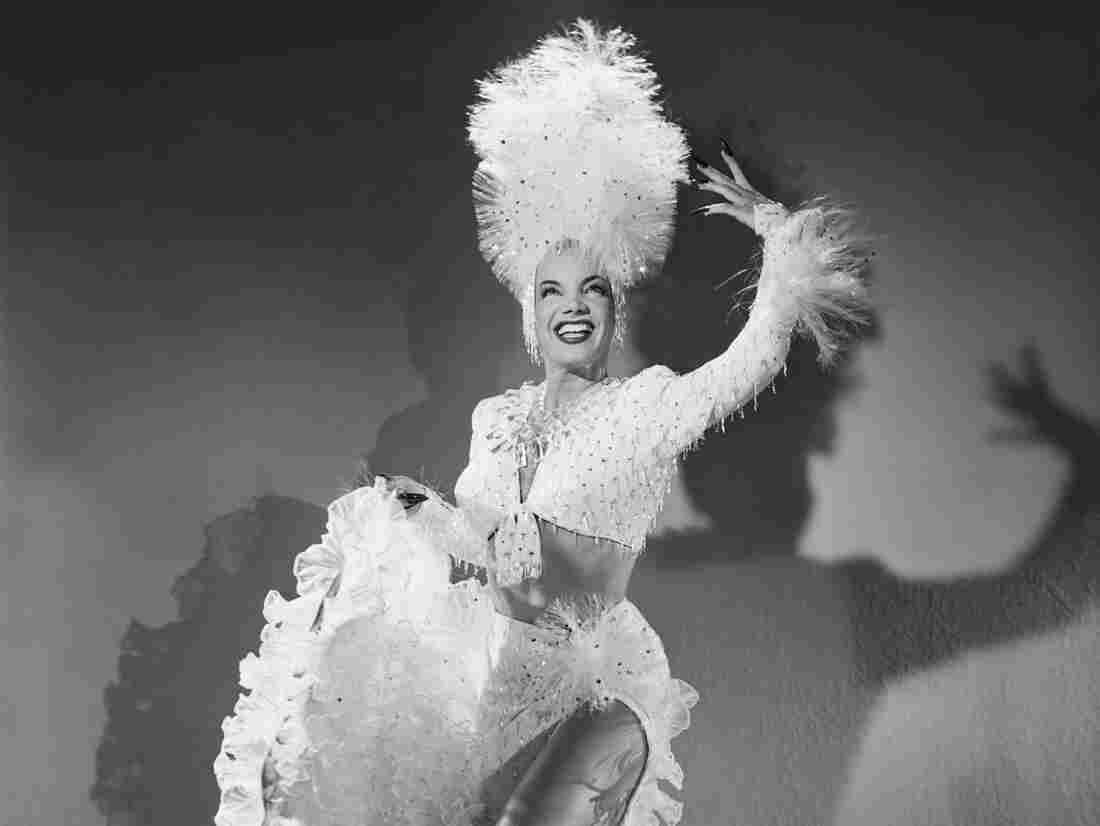 Carmen Miranda inspires one of the characters in The Air You Breathe, the new novel by Frances de Pontes Peebles. Bettmann Archive/Getty Images hide caption 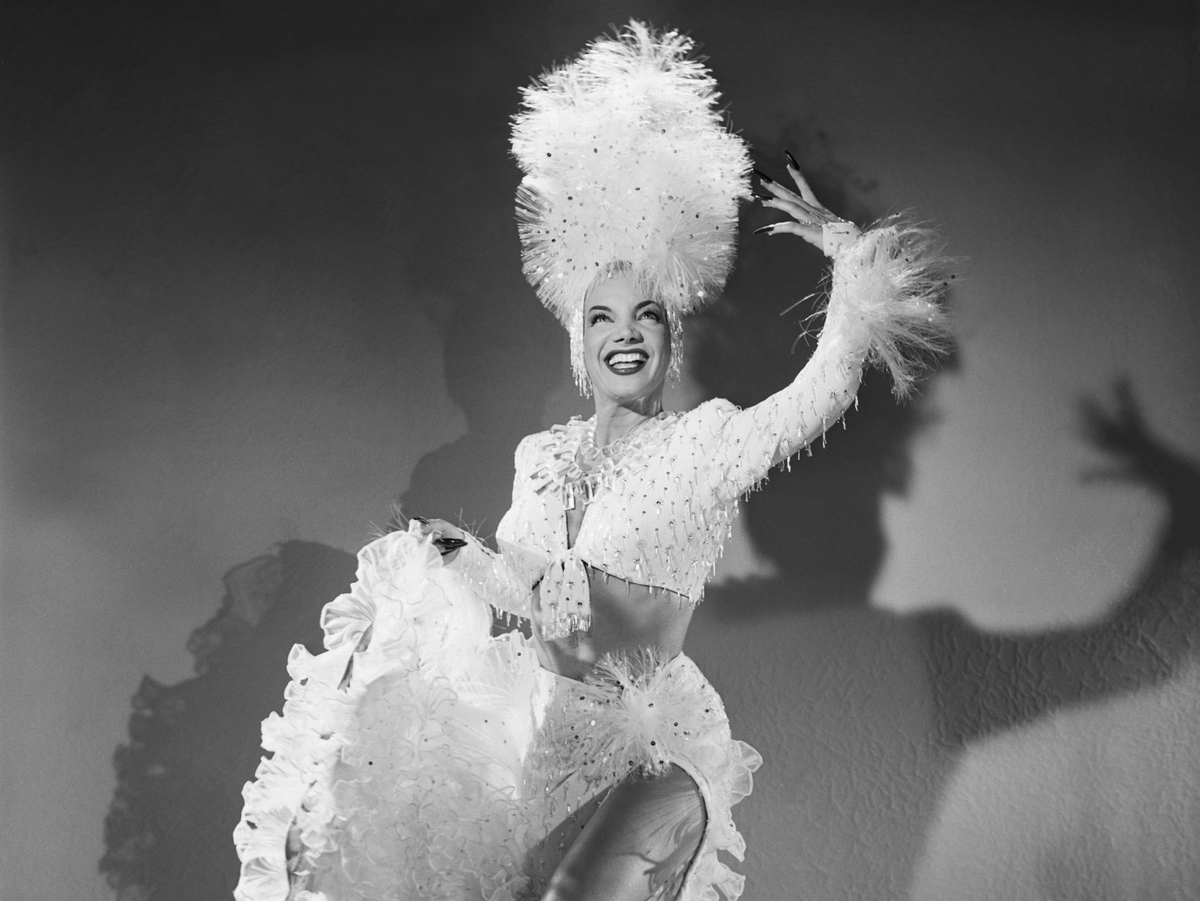 Carmen Miranda inspires one of the characters in The Air You Breathe, the new novel by Frances de Pontes Peebles.

Author Frances de Pontes Peebles has a gift for writing and a finely tuned ear for vintage samba. 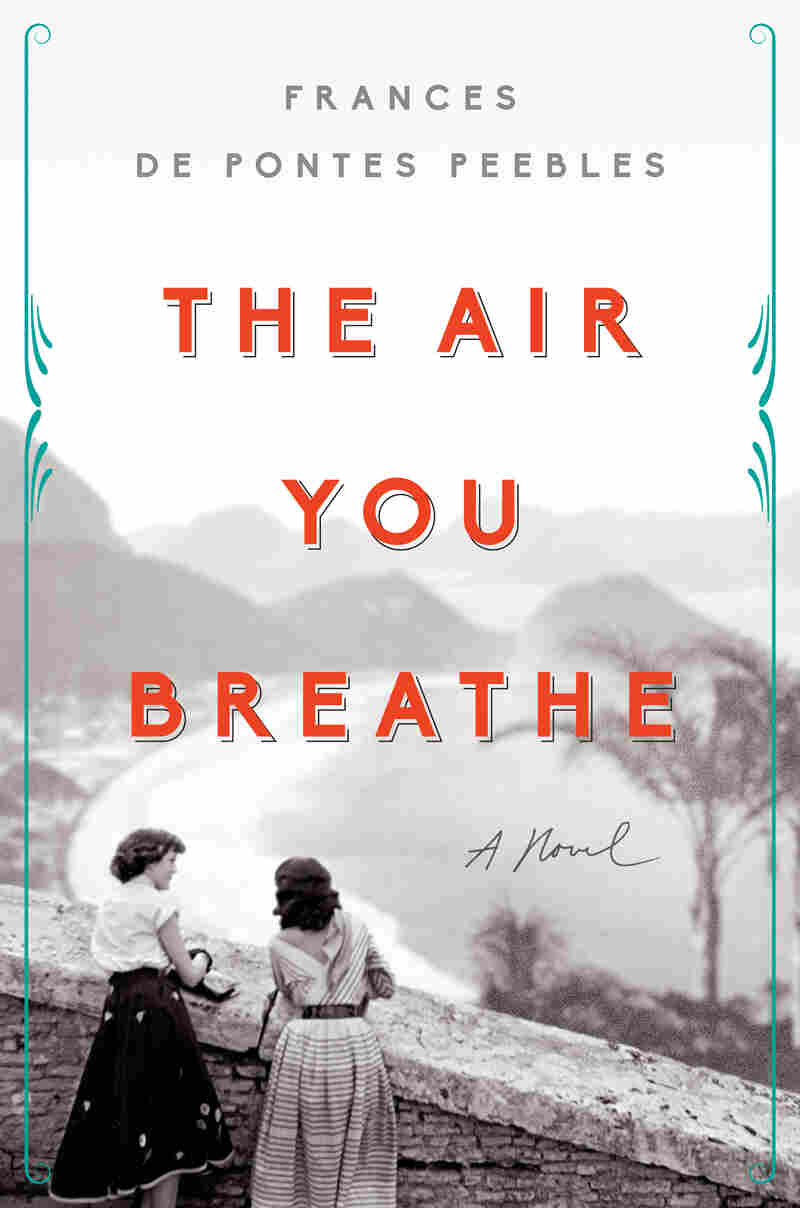 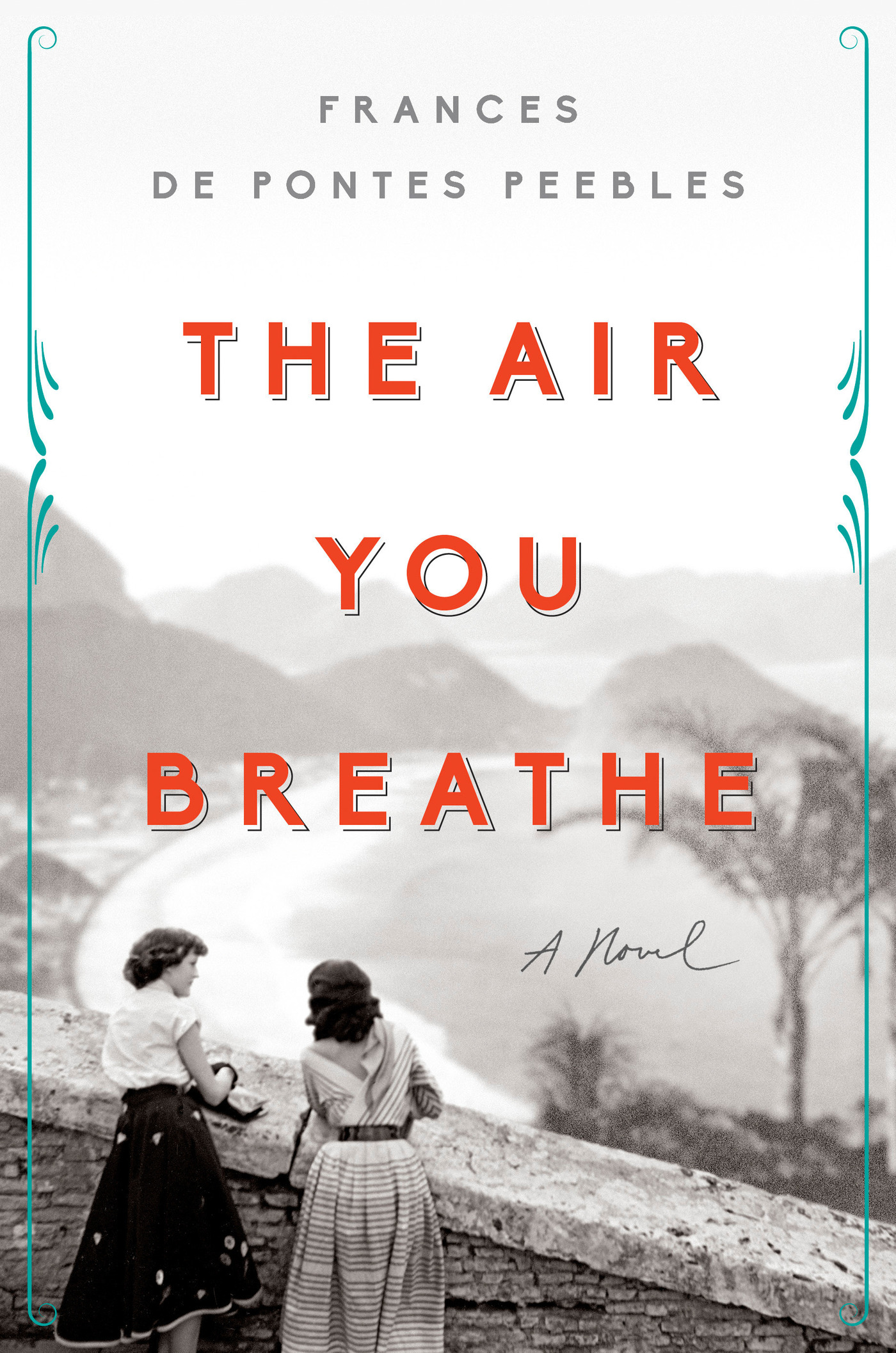 The characters in her new novel, The Air You Breathe, start as two little girls thrown together on a sugar plantation in Brazil who become musical partners in an adventure that takes them through the Golden Age of film in Hollywood in the 1950s and beyond. Peebles has written lyrics to the sambas that take the two from poverty to stardom, and they're infused with a musical lilt that is full of the passion and saudade of the best vintage samba.

She's also made a very good playlist of classic sambistas that we share this week on the show.

Brazil is one of the most musically diverse countries in Latin America and samba is indeed part of that rhythmic panorama, but what samba has in common with the other forms is a connection to Africa that goes back to the slave trade. That reality is reflected in the novel; one of the main characters is from Afro-Brazilian origins and that racial identity followers her throughout her 95 years covered in the story. 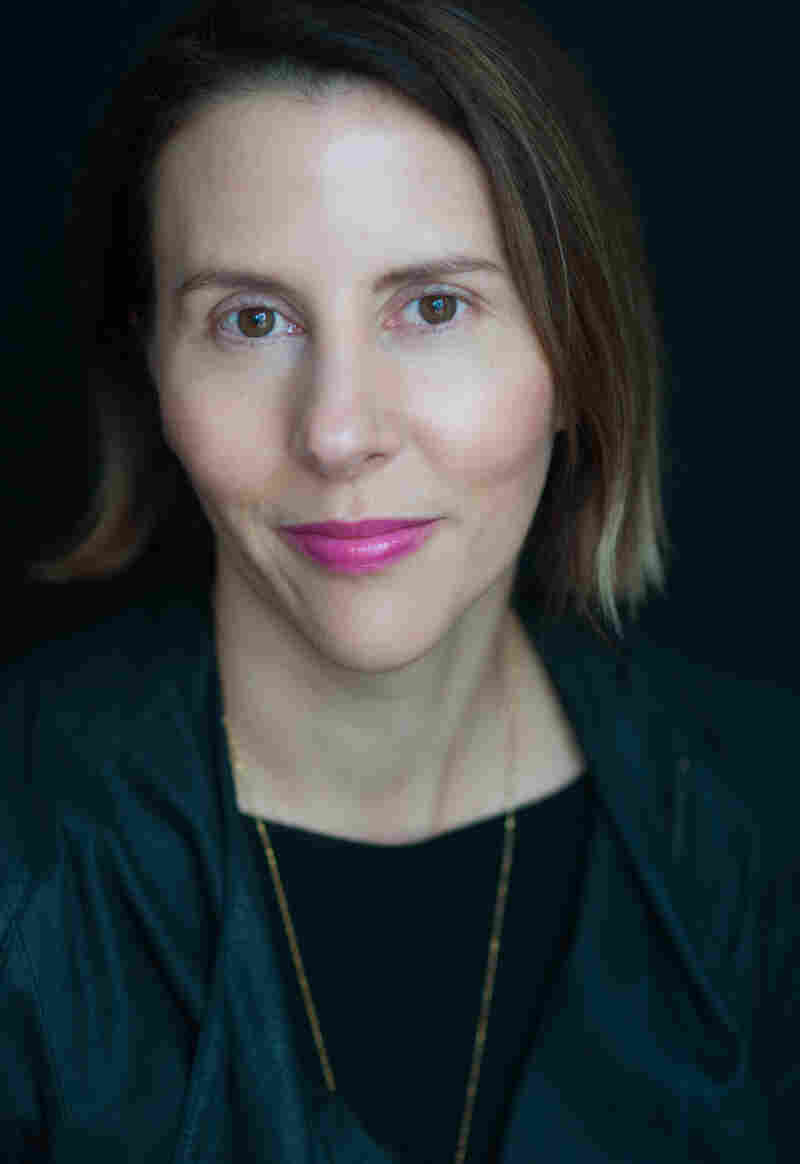 Issues of race and class, not to mention the pitfalls and traps of the entertainment business, are also part of The Air You Breathe (no spoilers here!) and Peebles delicately and creatively tackles the topics with graceful writing that offers insight into the difficult realities.

In fact, Peebles' writing is the main reason I admire this novel. The book practically moves in your hand; it is so musical in story and in prose. It's a joy to read and the original lyrics could easily be mistaken for classic sambas.

"'Dona' is a term of respect and authority in Portuguese. Dona Ivone Lara died this past April at 97 years old. She was one of the greatest sambistas in history, and one of the few female singers and composers. Men have dominated samba, and Dona Ivone was vocal about how hard she fought to be taken seriously as a female composer. Born in Rio de Janeiro, she lost both parents early in life, but was raised by relatives and always surrounded by music. I chose this particular song because I like the lyrics. Dona Ivone sings about having a dialogue with her own heart. I love that line. I love the idea of being in conversation with your heart and listening to its suffering. To me, this is what samba is all about."

"Carvalho is another iconic, old-school female sambista. She sings, composes, and plays instruments. I've loved this song — and Carvalho's scratchy, almost hoarse voice — since childhood. 'A woman is a game,' she sings, 'a hard target to hit. And the man, like an idiot, never tires of playing.'"

"Monte is a musician and composer with many rock and pop hits under her belt. This particular album is dedicated to samba. In the liner notes, Monte says that she tried to capture the 'atmosphere of samba' and tackle its most frequent topics: 'love, nature, music, the human condition, the birds singing... and living together through art.' I love this particular samba of Monte's because of its slow pace and almost sinister vibe, contrasted by the sweetness of her voice. 'Just because you don't love me now, doesn't mean you never will,' she sings in a way that could be a promise or a threat."

"This song was a Carnaval hit in 1939, and has many double meanings. Miranda sings about a girl 'sucking lots of [unwashed] grapes' from the back of a truck, then getting 'appendicitis' and going 'under the knife.' According to a biography of Miranda, having 'appendicitis' used to be slang for getting knocked up, which gives new meaning to a girl getting 'her appendix out.' I love how Miranda whisper-sings here, like she is a terrible gossip. This risqué song is at odds with Miranda's silly, comedic image later cultivated in Hollywood musicals. She was a great samba star in Brazil, but Hollywood transformed her into comedy. She became the butt of every joke, and this eventually destroyed her."

"Pagode is a modern offshoot of samba, and Zeca Pagodinho is its king. I love this song because it is about revenge and bitterness, but Pagodinho's voice is as smooth as velvet. I love how the lyrics play with the word carta (card) and descarta (to discard). He sings, 'I bet all of my cards on you, and you discarded me.' The best sambas make words work hard. Words are weapons used against an unfaithful lover or against the world itself."

"This is a modern samba by the great musician Seu Jorge. It is an example of how samba isn't always about love or broken hearts. It can be about politics, too. Here, Seu Jorge asks where Brazil is going, and how the masses must speak out. He sings, 'I am asking for respect and love, but where is it?'"

"Velha Guarda da Portela is a group formed by Paulinho da Viola, one of the greatest sambistas. In the 1970s, he reunited samba masters from the Portela samba school, and made this band: 'The Old Guard of Portela' This song is a great example of several talented sambistas working together."

"This is a classic samba by one of its greatest composers. Cartola is the epitome of the 1930s sambista. He made samba what it is today. People may think samba is simply fun-loving music, but Cartola shows us that samba's beating heart is actually suffering and sadness. His lyrics in this song are as sharp as knives: 'Listen to me, love / Pay attention, the world is a mill / It will grind your stingy dreams / It will reduce your illusions to dust.' Cartola doesn't play."

"Noel Rosa is a famous sambista from the 1930s. He came from a middle-class white family, and played samba at a time when it was considered vulgar and risqué music by the upper classes. Rosa loved samba and composed several hits, like this one, that are considered classics. For some reason this samba has always stuck in my head. It's lyrics are very innocent and sugary: 'What clothes should I wear / to the samba you invited me to?' It's a cute, fun song."