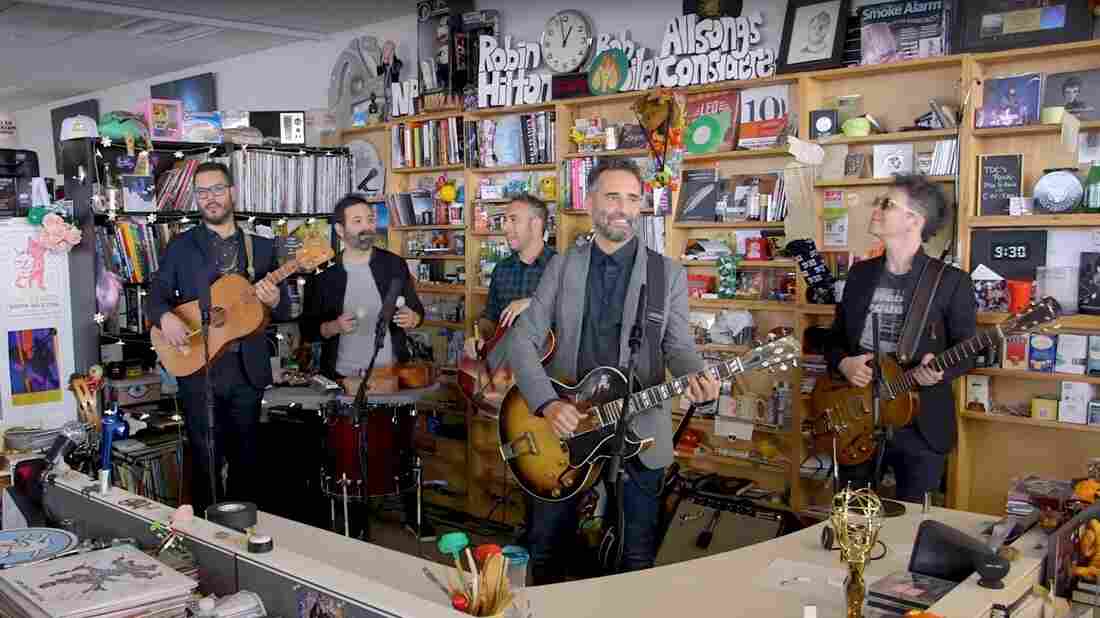 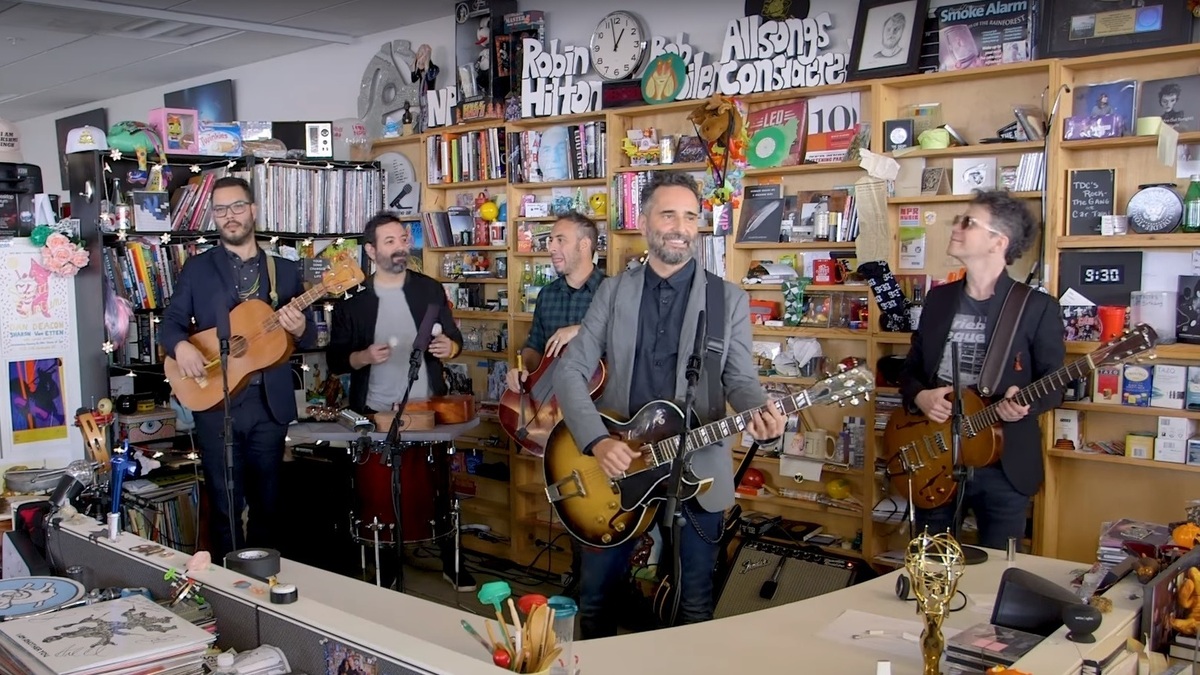 Musicians from Latin America are starting to call it "El Tiny."

The popularity of NPR Music's Tiny Desk Concerts from All Songs Considered has spread far and wide. One group of musicians told me about a bar in Montevideo, Uruguay that had "El Tiny" playing on TV monitors on a loop.

Latin music is well represented within the almost 800 videos that have been published since the series' inception in 2009. We have been serenaded by legends like Juanes (who also performed with Mon Laferte) and Eddie Palmieri, up-and-coming voices you should know like Raquel Sofia and Irene Diaz and entertained by energetic salsa bands like Los Hacheros and Bio Ritmo.

Folkloric music is also well represented by musicians like Aurelio and his Garifuna music from Honduras, the Haitian-influenced music from Eastern Cuba by The Creole Choir of Cuba and a genuine Master folk hero in Tex Mex, accordion master Flaco Jimenez.

While we want to call attention to all of the Latin music within the Tiny Desk Concert archive, we could not fit the over 70 videos into one show. Some hard decisions had to be made. And I was not up to the task by myself, so I brought in some help: Tiny Desk Concert alumn Gina Chavez, whose turn behind Bob Boilen's desk was published on September 22, 2015.

We both want to emphasize emphatically that our selections are not a "Best Of." Our goal for this week's show was to show the wide variety of styles and genres of Latin music that has been featured. Even choosing the handful we present here was fraught with second guessing and regrets at leaving out some amazing performances. But just click through the artists mentioned in this story to start your musical adventure with performances that go back to the first days of "El Tiny" in 2009. As always, enjoy!