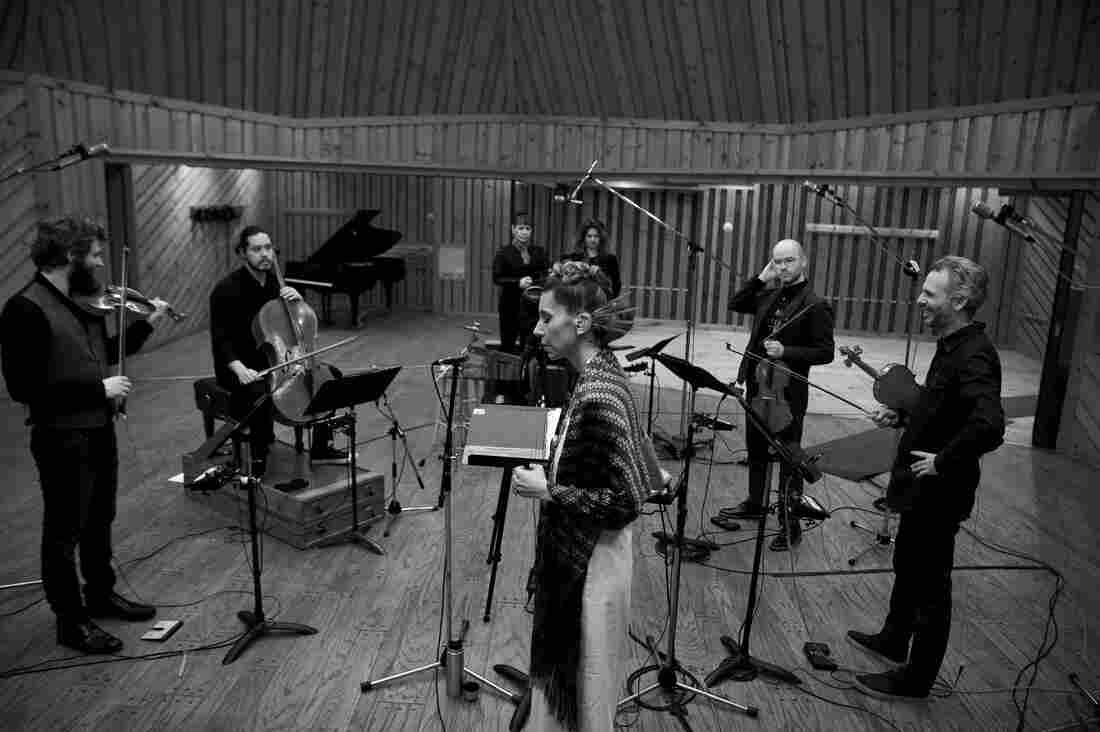 Magos Herrera in the studio with members of Brooklyn Rider. Her new album, Dreamers, is available now. Courtesy of the Artist hide caption 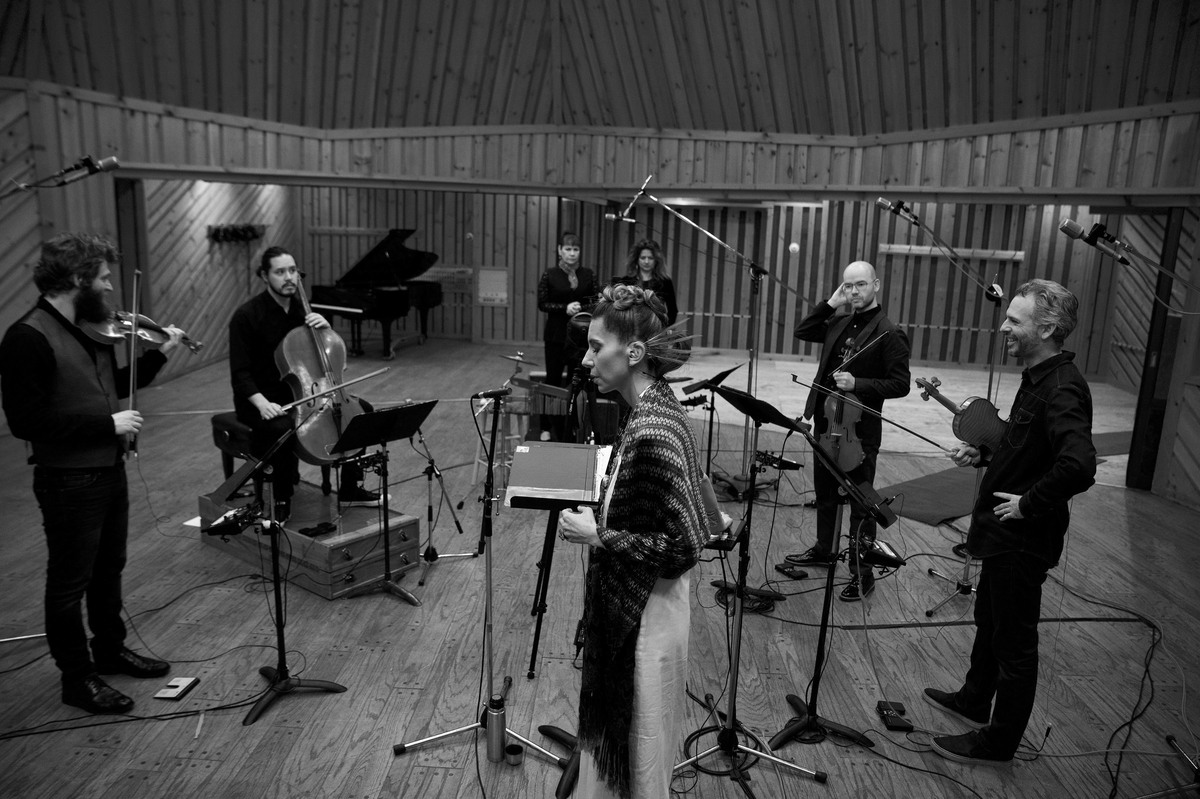 Magos Herrera in the studio with members of Brooklyn Rider. Her new album, Dreamers, is available now.

Magos Herrera's talent refuses to be limited by genre. The Mexico-born artist is generally considered a jazz singer, but has also taken on Brazilian-influenced pop and Mexican rock. On her latest effort, Herrara partnered with the string quartet Brooklyn Rider to create the classically-inspired, and culturally relevant album Dreamers.

I spoke with Herrera about her upbringing in Mexico, jumping from one genre to the next and this most recent collaboration. "I don't see myself as a singer of many genres, but as Magos."

Felix Contreras: How would you describe your singing style? You seem to move easily from jazz, to classical, to boleros.

Magos Herrera: I love jazz and what dwells within it in terms of understanding your own instrument, how to navigate with it, interplay, improvisation, harmonic sophistication, phrasing ... But I really haven't thought in terms of genres for a long time now. I try to approach music as a storyteller and find my truth within each story regardless of the context.

Where did you grow up and what kind of music shaped your musical identity?

I grew up in Mexico City in the heart of a family where music and art appreciation was part of our daily lives. My father had an album collection of classical, jazz and Latin music from the '50s and '60s that was mostly focused on the Mexican Cinema's Golden Era. He used to sing at home with his guitar — boleros, Mexican folk songs — and he enjoyed afternoons listening to opera singers. Later, when I was about 8, when my mother decided to get a degree, I was exposed to what was in vogue at her college: trova cubana, Pablo Milanés, Silvio Rodríguez and later bossa nova, Chico Buarque and tropicalismo. But it was only when I decided to go to music school that I embraced jazz as the path to find my own voice.

You have recorded in a variety of instrumental settings. I particularly loved the duet album you did with Javier Limon. And for this album, with the adventurous string quartet Brooklyn Rider, you meld into the music so your voice sounds like a fifth instrument or the quartet is a second voice. Where did this collaboration come from?

For this album, I wanted to explore a specific emotional and musical gesture, wanted to work with strings and percussion, but most important with a group of people that could understand the powerful drive of the narrative behind Dreamers. My friend, composer Paola Prestini, suggested Brooklyn Rider. I love their music, energy, depth and the open mind behind their work. When we started the conversation they embraced the narrative with such a generous heart that I knew I was in the right direction.

Ah, I curse in Spanish and Portuguese! But I don't think about the language but about the story and the emotional core behind the song. If it resonates with me, I find a way to navigate comfortably in it. Same goes for wordless tunes, like "Milonga Gris" or "Undiu" on this album. In this particular project, I really wanted to use the language as part of the story, words as power to transform, language as an identity.

Are you happy being the singer of many genres, or do you secretly really want to be a ranchera singer with a full mariachi?

I don't see myself as a singer of many genres, but as Magos.