Accessibility links
Y La Bamba's New Single 'Mujeres' Is A Battle Cry Against Machismo : Alt.Latino "This song is for my mother and for all of us women who have and still battle the fight to be heard," vocalist Luz Elena Mendoza writes. 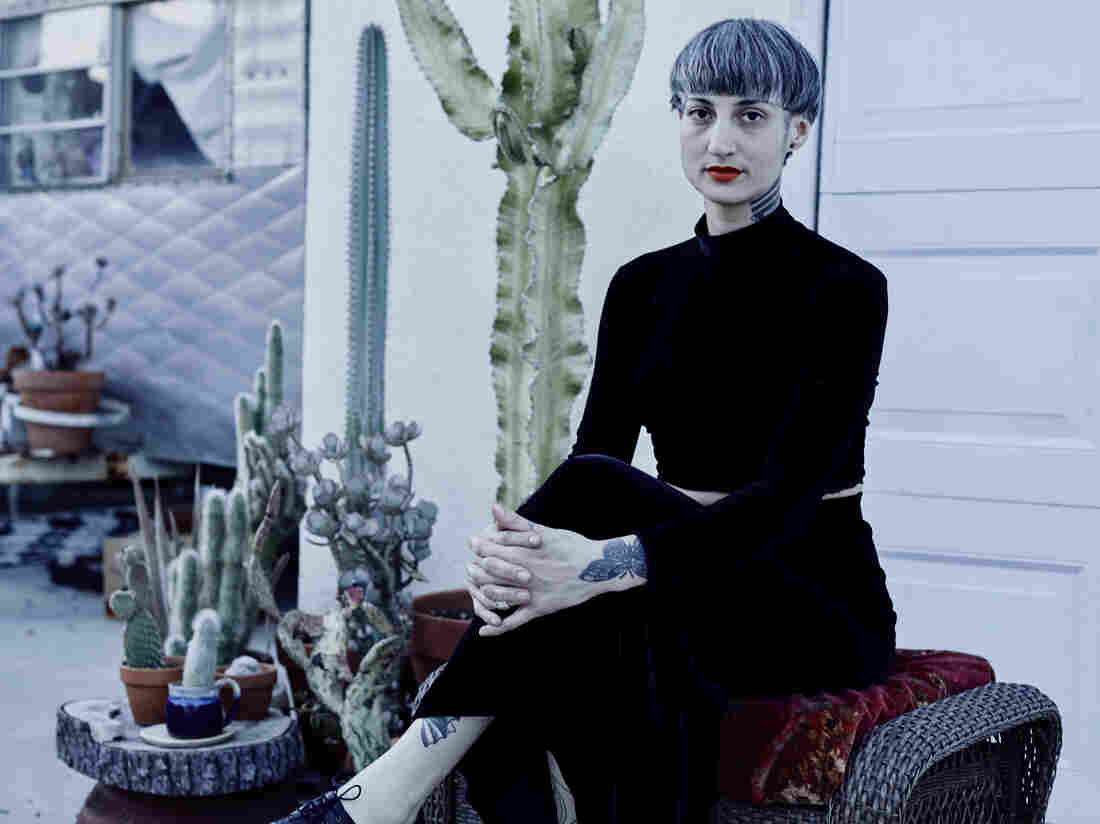 There has always been power behind Luz Elena Mendoza's voice. From her earliest days with her band mates in Y La Bamba, her voice soared with a distinct set of sonorities that seemed to be a diamond in the rough. With each release of the band's five albums, and respective audience-expanding tour, Mendoza's voice has matured and is now nestled within a sonic identity that amplifies her musical vision.

The new single "Mujeres" is confirmation that what we heard on the majestic Ojos de Sol (2016) has intensified and become a bold, one-of-a-kind musical presence.

Stark and powerful drumming announce a song that takes on misogyny and machismo. In a press release accompanying the song Mendoza says, "This song was written last year after having one too many misogynistic experiences with men. This song is for my mother and for all of us women who have and still battle the fight to be heard. A song screaming, I am not your object, I am Intelligent, Strong, Full of Heart, Emotional, Powerful and Brave."

Mendoza's Mexican and American roots are never far from the surface, acknowledging folk music from both sides of the border. The beauty of the band's presentation is listening for those source inspirations and how each member of Y La Bamba rises to the challenge of making a musical and cultural statement without sounding preachy.

"Mujeres" will be included on the upcoming album from Y La Bamba, due out in February.