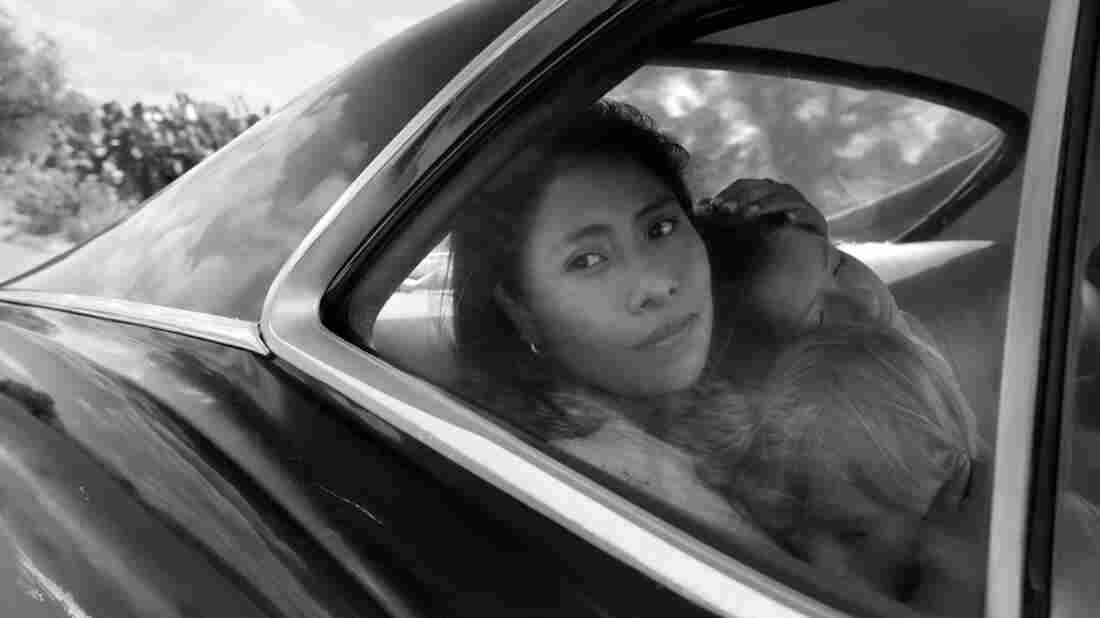 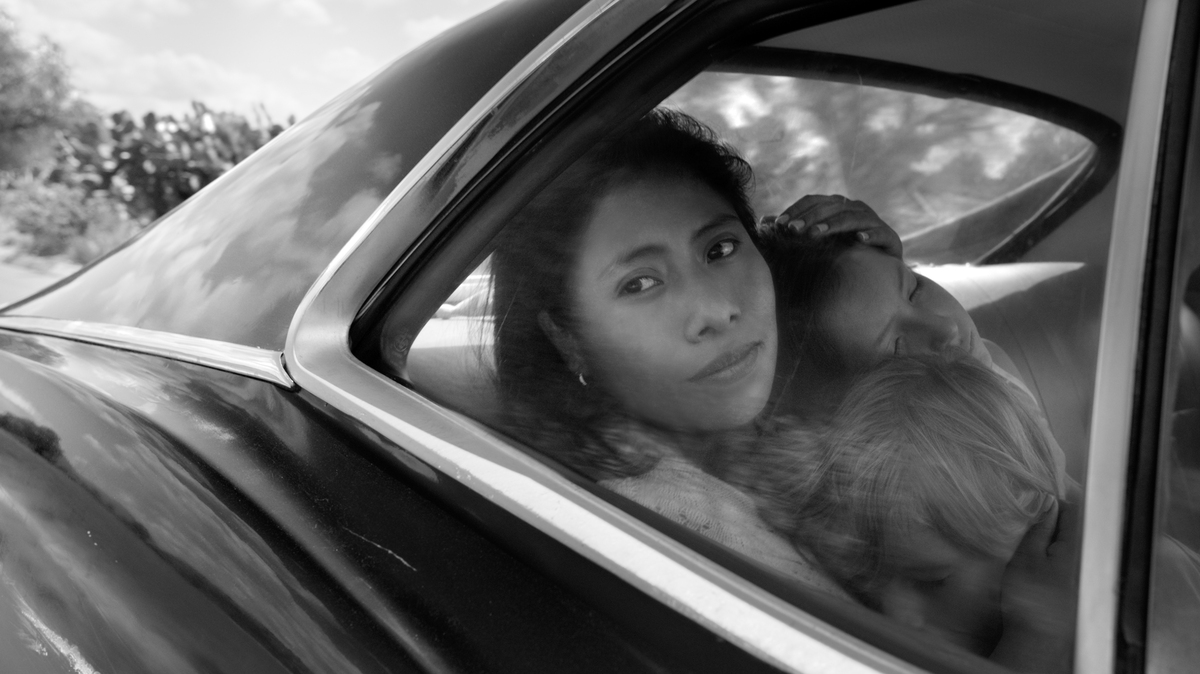 Yalitza Aparicio as Cleo, Marco Graf as Pepe, and Daniela Demesa as Sofi in Roma, written and directed by Alfonso Cuarón.

There is no denying the impact Roma has had on the movie going public on both sides of the U.S./Mexico border. The story of a young indigenous woman and her life as a live-in care taker for a middle class Mexican family in the mid-1970's is one of those rare instances that has crossed demographic lines and has people raving about from all quarters. All of it has to to do with vision of Mexican film director Alfonso Cuarón Orozco, who based his film off his own life experiences growing up in Mexico City.

Lots of digital ink has been spilled all over the internet from other folks weighing in on the film's appeal, so this week, we take a listen to the movie.

The Roma (Original Motion Picture Soundtrack) featured the exact kind of music that was heard on the radio during the time period of the film — artist like Juan Gabriel, Rigo Tovar, Javier Solis, Rocío Durcál and even the big band mambos of Perez Prado from the family dancing scenes. There is also second album officially associated to the film, Music Inspired By The Film Roma, that came together after Director Cuarón screened the film for some of his personal favorite musicians and asked them to turn their creative powers loose.

The results are a stunningly powerful set of songs that reverberate with the film's themes of isolation, deep drama and redemption.

Cuarón is like every other Mexican of his and other generations in that his musical tastes knows no borders. The album includes a track from Quique Rángel, a member of Cafe Tacvba, as well as Patti Smith (yes, that Patti Smith), Beck and T Bone Burnett.

Our guide this week is one of my own personal heroes, Lynn Fainchtein, a cinema music supervisor who has a storied and ground breaking role in placing music in over 100 films or television series on in the U.S. and Mexico. At heart, Fainchtien is still the teenage music collector she was when she was making mix tapes for her friends and that devotion to getting just the right sound for even a single frame of a film has created a one of a kind spot for her in the film industry.

Even after watching it more than once or twice, as I have, there is lots to take in from Roma. This album and Lynn Fainchtein's insights make that experience last even longer. Enjoy.