Seize The Night By 'Shining In The Dark': Our Favorite Latin Songs This Week

Seize The Night By 'Shining In The Dark': Our Favorite Latin Songs This Week 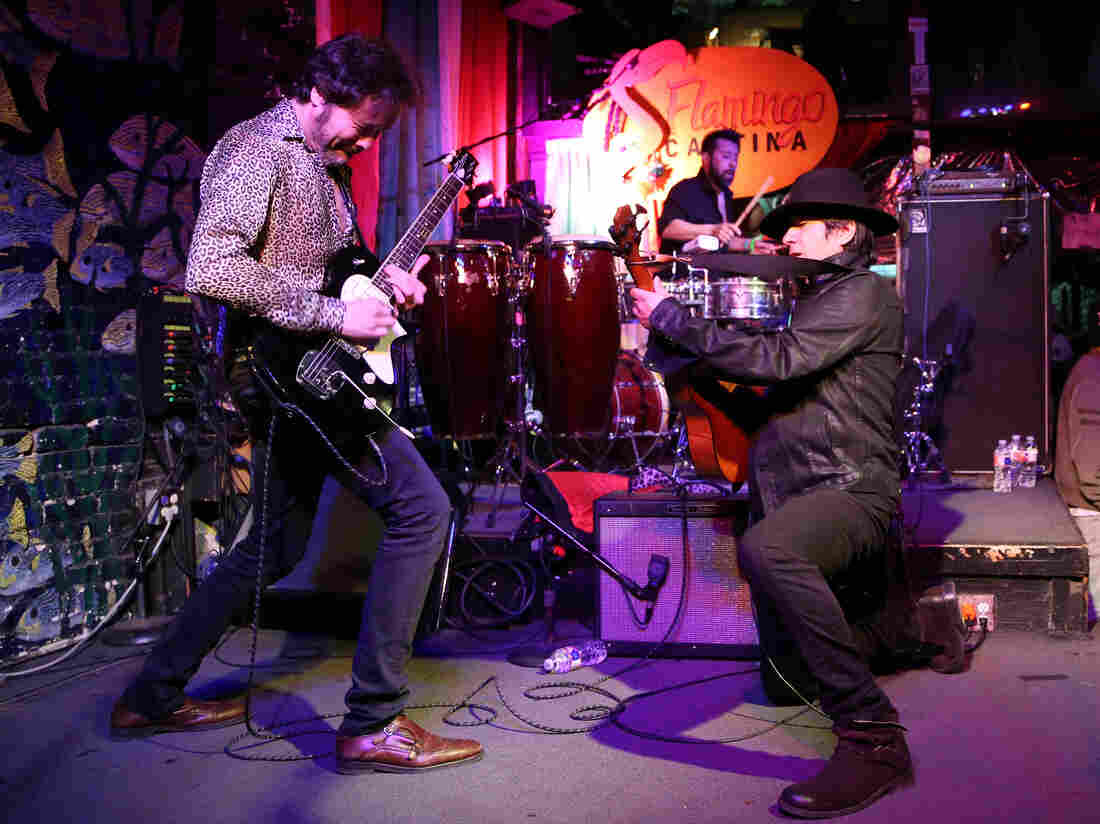 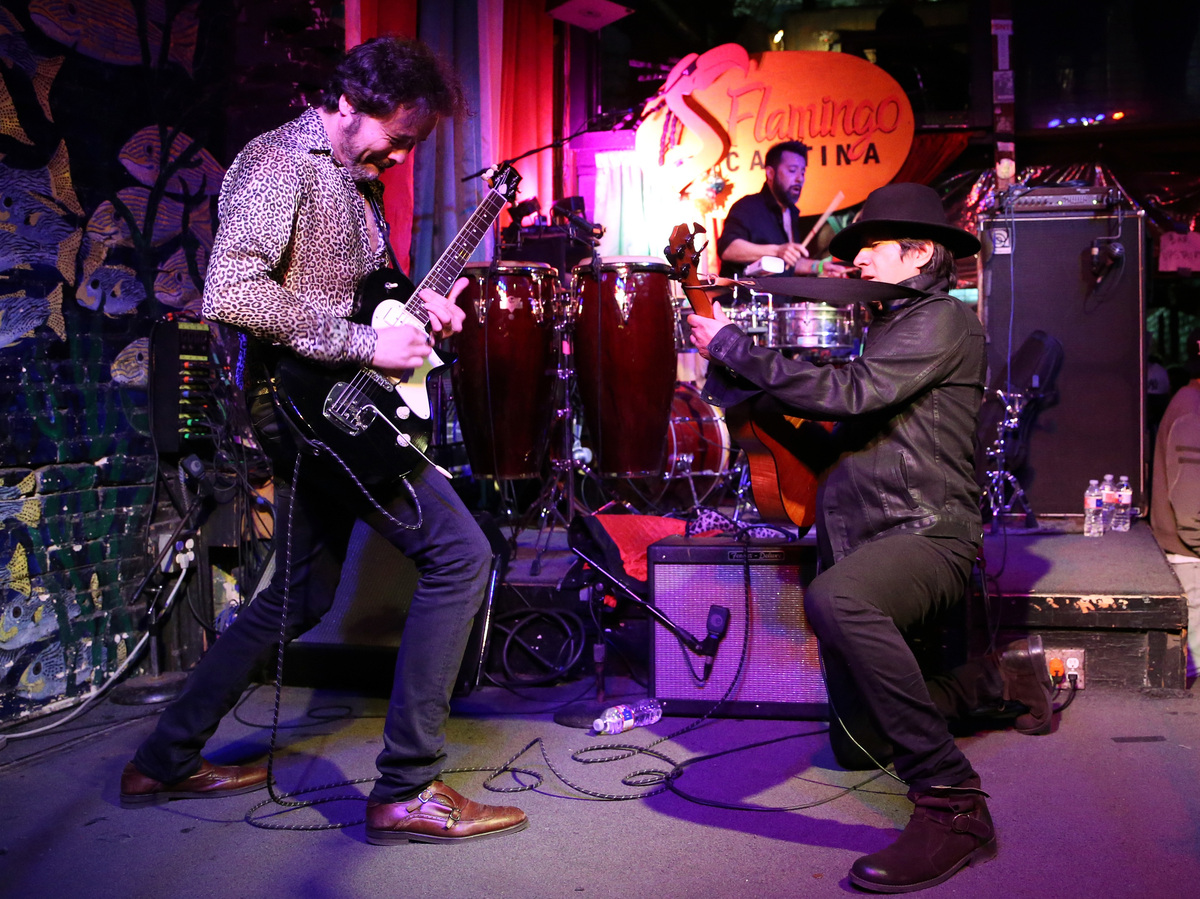 Twanguero, Danilo Torres, and Moises Baqueiro perform onstage for NPR Alt.Latino during the 2019 SXSW Festival at Flamingo Cantina in March 2019 in Austin.

This week on Alt.Latino, the latest Latin songs on our radar embraced the idea of reconnecting back to intimate, past experiences. Whether it be a homecoming after weeks of travel, a self-reflection in the wake of romance or a reminder of where one started. In this week's music roundup, hear Las Nubes reiterate its post-punk femininity in Miami's hardcore scene, Twanguero return to philosophical roots and VINILOVERSUS duet with Tessa Ia in what feels like hazy nostalgia.

As always, as part of a series of NPR Music's favorite Latin songs, we created a Spotify playlist to accompany the songs we write about. Read and listen to the latest on Alt.Latino below. 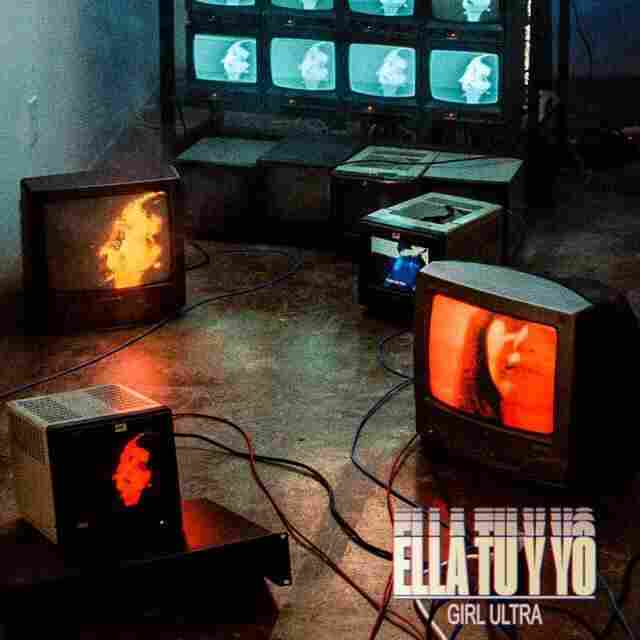 Mexico City singer Girl Ultra is just one of the artists coming up in Finesse Records, the label that launched Jesse Baez and is becoming synonymous with the romantic, wavy sound of the CDMX R&B. Yet Mariana de Miguel's influences are far-reaching and distinct from those of her peers. The video for "Ella Tú Y Yo" blends the colorful science fiction films of the '80s and '90s (specifically Videodrome, she tells Noisey) with the lush synthetics of their contemporary soundtracks, while de Miguel inhabits the high drama of the female sci-fi (and golden age Mexican, as she tells Remezcla) protagonist.

It's unclear who "ella" is; She may be in equal measure another woman involved with the singer's lover, or true to science fiction form, a shadow self, a doppelgänger, a replicant masquerading as herself. "Sé distinguir su aroma, su pelo en tu ropa / No sé donde empieza ella y donde termino yo," she sings. — Stefanie Fernández 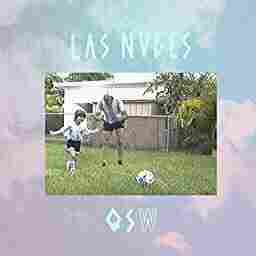 Two thirds of Las Nubes haven been behind the counter at Miami music institution Sweat Records for years. Born as Ale Campos' solo project SMVT (when her music was far heavier and doomier), Las Nubes is a fuzzy, feminist post-punk iteration of her roots in Miami hardcore. Now that the store has started its own label, the band is releasing its debut album, affectionately SMVT soon. The second single (after the great "Hellbag") off the bilingual album is in Spanish, and asks the question QSW, "¿Qué significa whack?"

For the video, the band asked friends, family and fans to send them clips that made them feel saudade, including one of a family of women singing ABBA's "Fernando." The intimacy of the lyrics, the fuzz, and the visuals contribute to the song's overwhelming atmosphere of being invited home. — Stefanie Fernández 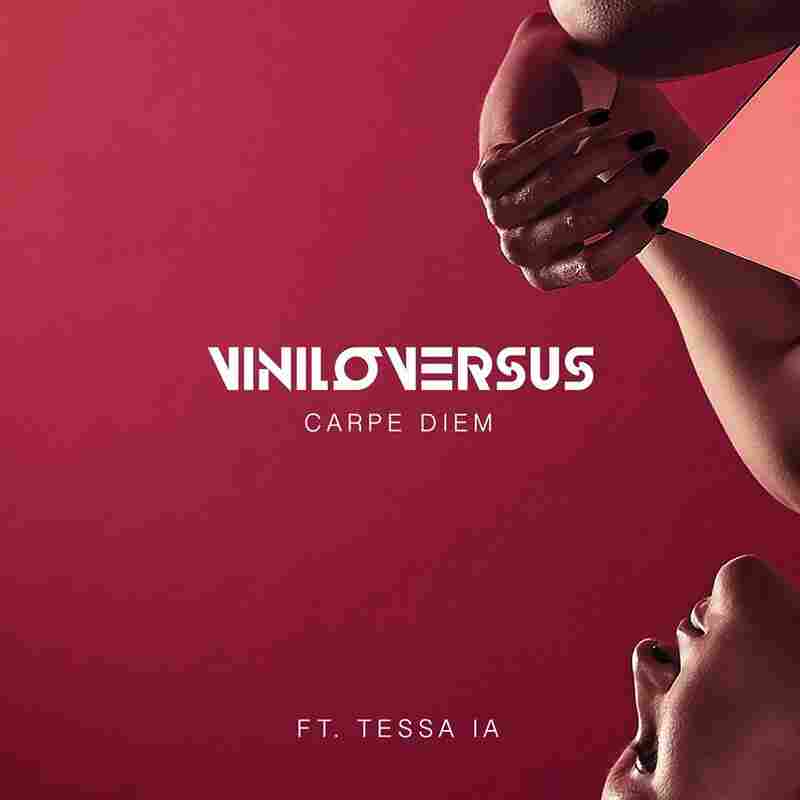 The Venezuelan alt-rock band VINILOVERSUS' latest single "Carpe Diem" features Mexican artist and actress Tessa Ia, from Season 3 of the bilingual Netflix original series Narcos. The soft romantic ballad is the second single ahead of the band's fifth record, VVV, due out May 3.

The song, premiered with a surrealist music video, is blurred with hazy nostalgia and transcends the possibilities of the present. Unlike "Ultraviolenta," the first single to come out of the band's upcoming VVV record, "Carpe Diem" uses soft, sweet seduction to remember the past, rather than fight it. 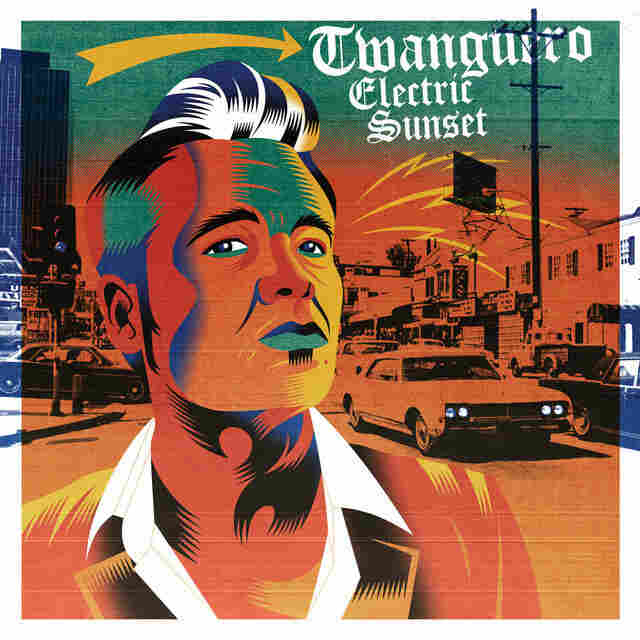 Diego Garcia is the extremely talented and philosophical guitarist behind the personae known as Twangeuro. In an interview during this year's SXSW in Austin, Twanguero told me he is on an ongoing search for "the truth of the guitar."

To that end, he has traveled throughout South America and Spain then recorded albums reflecting what he found along the way. His 2018 album Electric Sunset is a reflection on a series of long treks across the U.S. where he continued to soak in the blues right from the sources, various forms of American folk music and even a bit of electric Mexican folk music.

The new video of "Electric Sunset" is notable in that it captures the easy going and engaging style that tells the other story of Twanguero's success — his live shows. The best always make the difficult look easy and in this case he also makes it look like fun. The not-so-easy-to-accomplish riffs and solos as well as the excitement of his tension and release performances are on full display. Until he comes to your part of the world, this is the best way to get in on the growing buzz around this new guitar hero. — Felix Contreras

Cienfue, "Shining In The Dark" 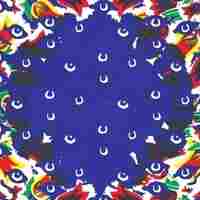 "Electronic tropical psychedelia" is how the Panamanian musician Cienfue describes his music. This new track from his upcoming all English album is the perfect vehicle to get to know his sound and his talent.

Camilo Navarro Quelquejeu has three albums going back to 2010 and each are layered with a pastiche of electric sounds from computer driven keyboards and old fashioned electric guitars. "Shining In The Dark" is an example of the kind of dance-y dream pop that comes from an endlessly curious musical mind that is also drawn to the ocean and surfing. Some of the album's titles are surfing references which adds another layer to music that is already fascinating. — Felix Contreras