'You Said This Would Never End': Our Favorite Latin Songs This Week

'You Said This Would Never End': Our Favorite Latin Songs This Week 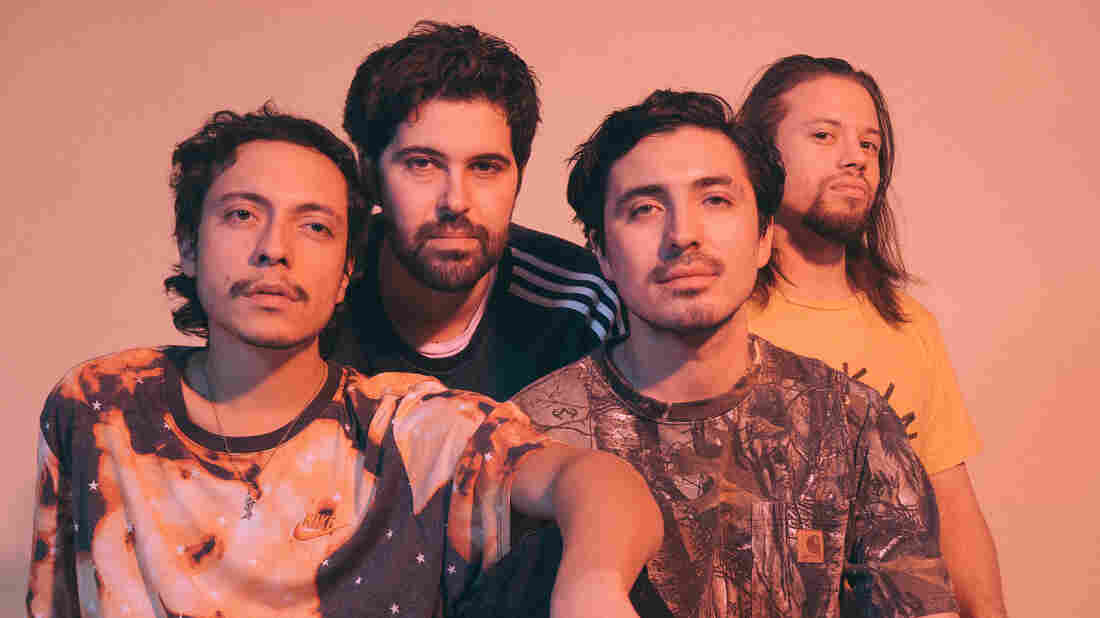 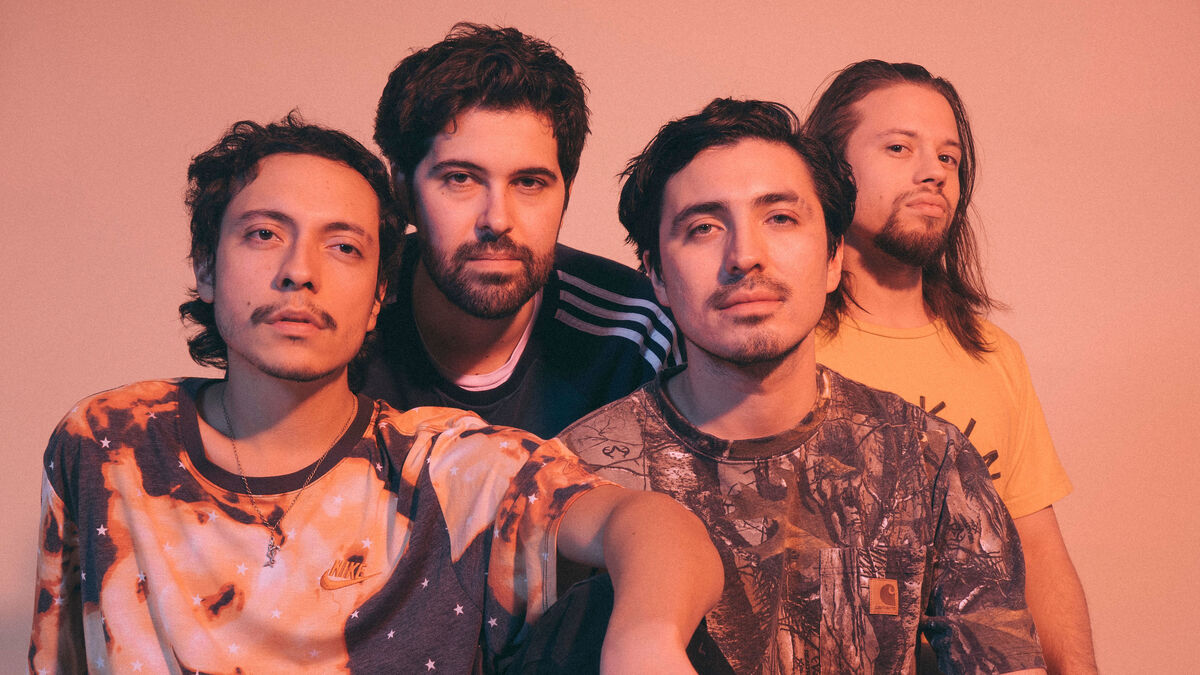 Chicago's Divino Niño is set to release Foam on June 21.

On this week's Alt.Latino music roundup, check out the latest Latin spins we've heard reflect and cross-reference the cultural roots, settling feelings and lived experiences that are beyond our lifetimes. Yesterday, we were blessed with a new video accompanying Cuco's dreamscape song "Hydrocodone." Likewise, C. Tangana and Alizzz dropped a video for "Para Repartir," a free form visual that settles nicely over the Cuban groove.

As always, as part of a series of NPR Music's favorite Latin songs, we created a Spotify playlist to accompany the songs we write about. Read and listen to the latest on Alt.Latino below. 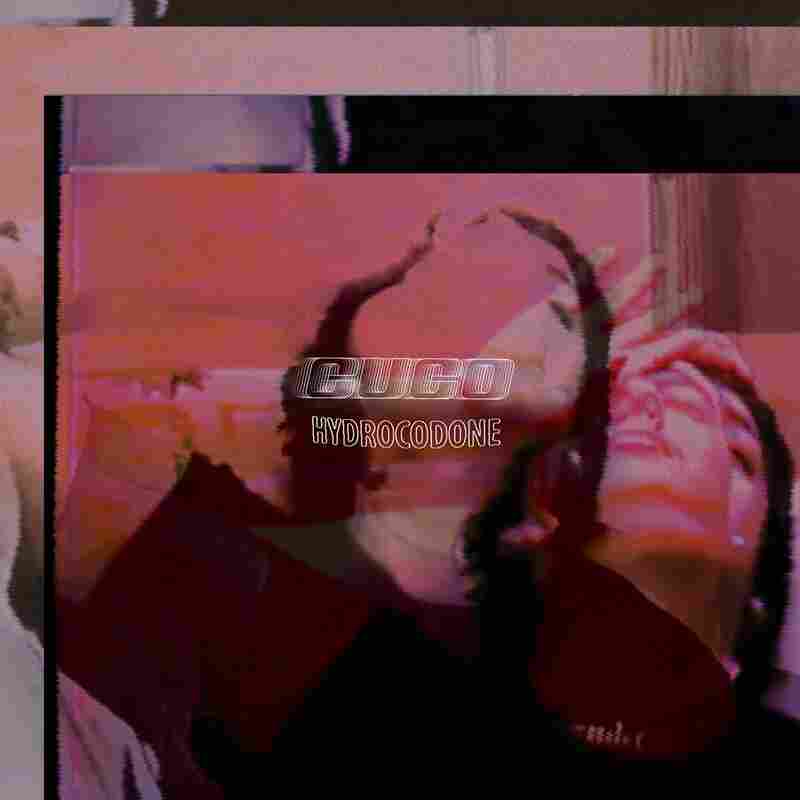 The last time Cuco dropped a music video was last year at the peak of summer, with his brisk and sunny kickback ballad "Summertime Hightime" featuring J-Kwe$t. Nearly eight months later, the singer takes a left turn with his new visual for "Hydrocodone."

The video was shot in Mexico City, where Cuco's family is from. The colorful visual honors death and illuminates beyond past, present and future time. What's fascinating about the video is how each person accepts death in their own right and along the way. Cuco gets injured from a car accident and participates in an intimate funeral thereafter. Children, innocent and easily overlooking the root of Cuco's injuries in his full-body cast, dance around him. There's another image of Cuco, older and mature, drinking alone in an empty bar. There's also more present image of the singer marching on, taking a communal stroll during a funeral procession.

The young singer was involved in a serious car accident last October that forced him to cancel his remaining 2018 tour dates. This experience understandably correlates to the themes of "Hydrocodone." "Cuco is celebrating and leading this funeral procession because he is more alive than ever," Jazmin Garcia, the video's director, shared in a statement. As his dreamy tracks continue to break through, this one song, both in its lyrical compass and its accompanying video, mark the ground that Cuco has set out for himself to cover. The music video embodies the Cuco's contemplative thoughts on death and how the meaning can manifest into something different over time. The latest video from the Chicano artist proves that he's beyond his bedroom studio days and becoming a greater name in young Latin music. — Jacqueline Reed 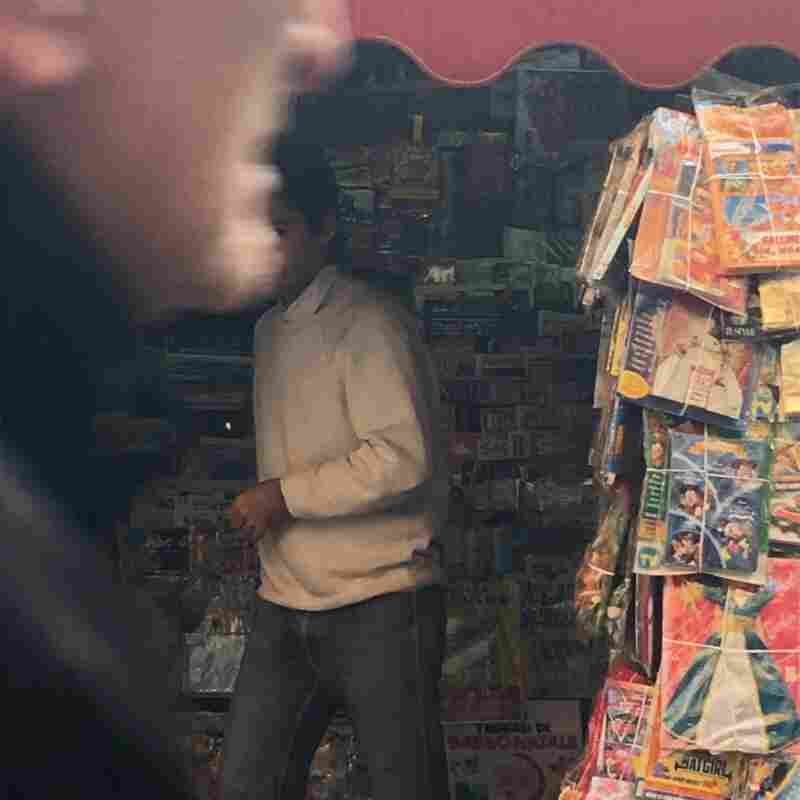 Just a couple months on the heels of January's La Onda de Juan Pablo, Juan Wauters is already planning the release of his fourth, Introducing Juan Pablo, in May. La Onda, composed and recorded across Latin America, is deeply entrenched in the music of Mexico, Chile, Wauters' native Uruguay, and more. Introducing Juan Pablo takes a step back to underscore the significance of his decisions to sing entirely in Spanish for the first time, adopting his middle name to emphasize the common archetype of that name across Latin America.

The first single, "El Hombre de la Calle," is a cover of Uruguayan songwriter Jaime Roos' 1991 original, but Wauters inverts the pattern he set on La Onda and here sings the song in English. In the video, he inhabits various personas milling about New York's Grand Central station. With his heavy Uruguayan accent, Wauters translates the lyrics closely but not exactly, leaving room for more modern thematic inflections on the song's protagonist and on the artist: "I could be seen on every corner / but people think I'm hard to read," he sings. This new era for Wauters will be all about subverting our expectations. — Stefanie Fernández 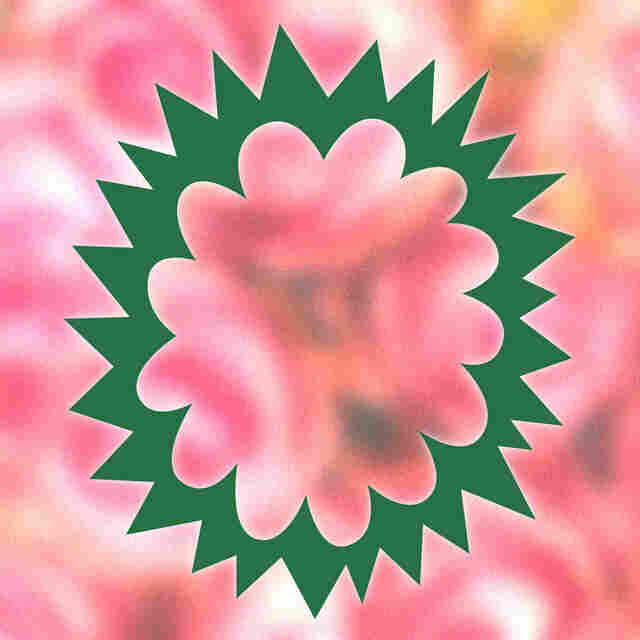 Chicago's Latinx pop-punk band Divino Niño dropped a dreamy single "Maria," ahead of its upcoming record Foam, due out June 21. The song is deeply layered in strung guitar, meticulously reverbed over a sweeping soundscape.

"Maria," sung entirely in Spanish, was inspired by Argentine punk style and Mexican telenovelas, according to Chromatic PR. The song in a way is autobiographical yet leaves a little mystery with their accompanying video.

Lyrically, the verses illuminate in an idealized idea of heartbreak and of that frozen, lost-in-love numbness from the start. Though the lyrics pose a dark reflection to the fears and feelings that come from heartbreak and rejection, the song does evolve into something which is tangible to the listener — hearing this song is an unspoken chance to feel, to understand and to move on.

"Maria" is one sentimental hint that the album will surely go in the direction of a passionate listening experience. — Jacqueline Reed 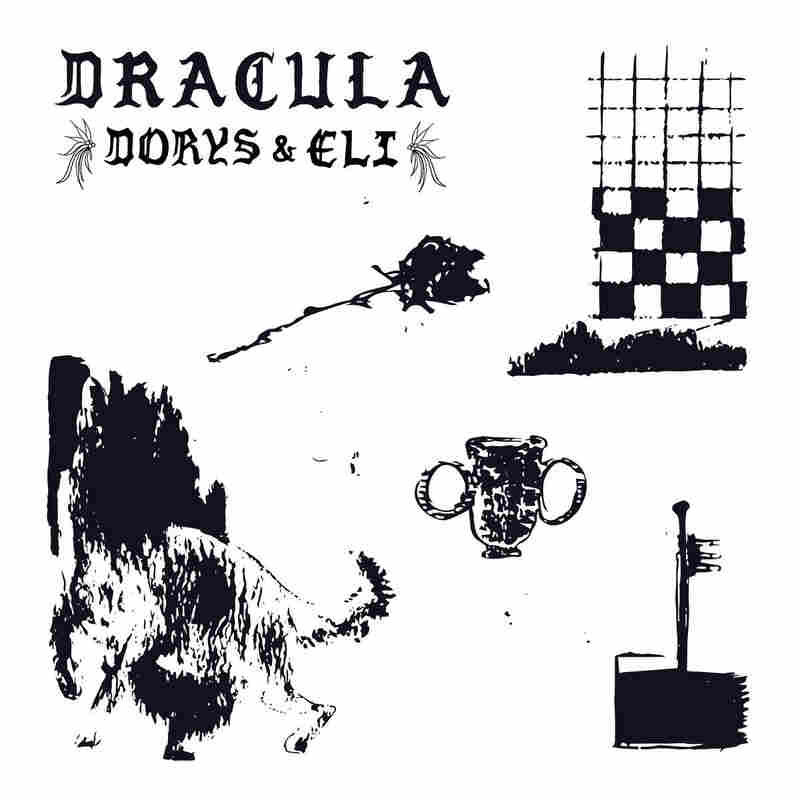 Back in October, we featured Miami folk duo Dracula's first official single, a dreamy, mournful cover of Selena's "Como La Flor." On Friday, the duo released its first album, Dorys & Eli, 13 songs in English, Spanish and one in Japanese. Of all their adaptations of folk songs from across the English- and Spanish-speaking worlds, their rendition of the old Cuban trova ballad "Veinte Años" is one of my favorites. Every Cuban family loves this song.

Dracula remembers being invited to play at a nursing home once. The facilitators thought their renditions of these old songs might comfort some of their Alzheimer's and dementia patients. Dorys and Eli remember hesitating over this song, since it's about love that deteriorates over twenty years. "Si las cosas que uno quiere / se pudieran alcanzar / tú me quisieras lo mismo / que veinte años atrás," the song goes. The pair's version in particular swells and lingers with their joint harmonies over Eli's nylon guitar, making the already evocative song particularly compelling. Needless to say, they didn't play it. — Stefanie Fernández 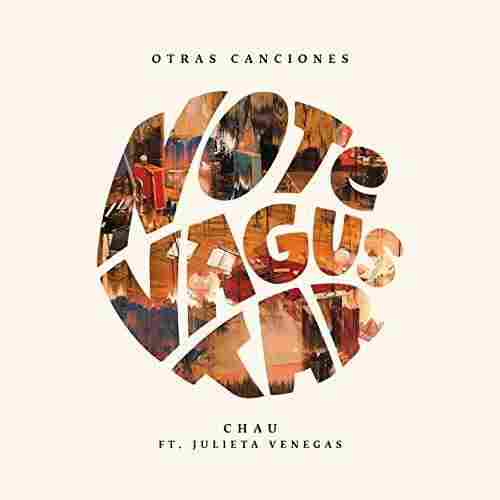 This Uruguayan band with the counter intuitive name (You're Not Going To Like This) is celebrating 25 years of bringing its engaging form of rock to audiences all over Latin America and the U.S.

The album marking the occasion is actually an audio visual treat of the band revisiting some of their most well known songs with an impressive list of guest collaborators.

"Chau" is from the band's 2010 album, Por Lo Menos Hoy, and for this project the members add Mexican vocalist Julieta Venegas, which gives the song much more emotional heft. The song's tale of loneliness and lost love contrasts with the song's deep, almost jaunty groove but that is one of the joys of this band's music. There is always something more to hear with every listen and since the band is looking back new live takes on the songs also give us plenty to discover and appreciate. — Felix Contreras 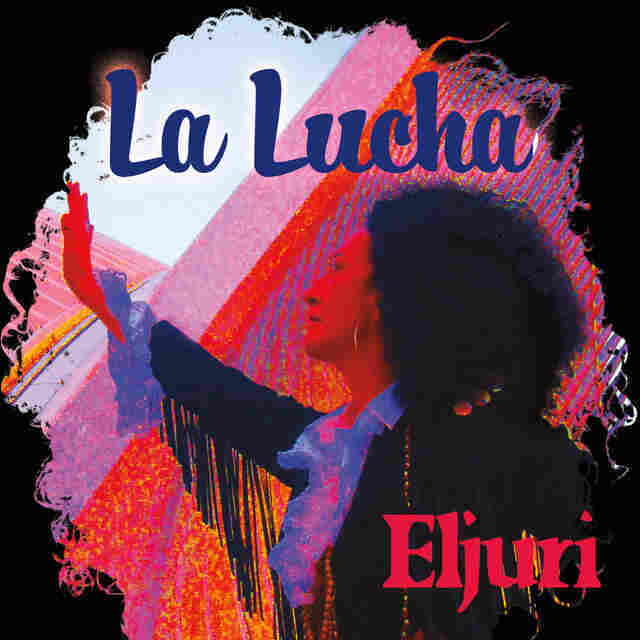 Cecilia Villar Eljuri is one of my favorite guitarists of any era. Her playing is always vibrant and full of life and her solos reveal her influences but are also always of her own distinct voice. She has made a series of albums that feature her playing and songwriting and she is woefully underappreciated for both.

Her latest album, Resiste: La Colección Reggae de Eljuri, takes its thematic material directly from the headlines in taking on issues of equality, immigration and "Bangbang," gun violence. The groove is propelled the trombone flavored horn section, reminiscent of so much classic reggae and ska.

This wrenching guitar solo perfectly captures the anguish of each of the cities she calls out in the song's closing chorus. The entire album will raise her profile and give her the recognition she deserves as a complete and well-developed artist of considerable talents. — Felix Contreras 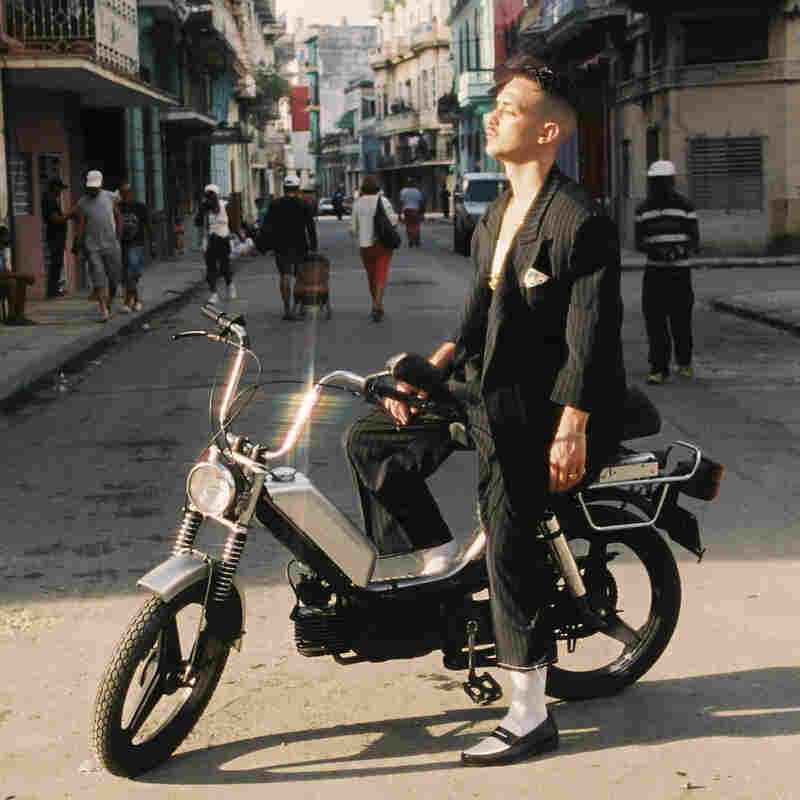 In case you hadn't noticed, Spain is so much more than flamenco these days and has been for a long time. The vocalist Rosalía is on a tour through the U.S. at the moment, including an impressive stop at Coachella with her mix of flamenco-inspired hip-hop. Eight of the eleven tracks from Rosalia's latest album, Malamente, were written or co-written by Spanish rapper C. Tangana, also known as El Madrileño.

C. Tangana's "Para Repartir" is an impressive mix of hip-hop, pop, bolero and Afro-Cuban rhythms. The tale of fun and frolic is as fresh as the ocean breezes that flow through the scene of the eye catching video that comes with the song this week.

El Madrileño's flow is just as percussive and expressive as flamenco guitar riffs and it all settles nicely over the Cuban tumbao (groove). Watch the music video that corresponds with this tumbao tune. This is just a hint of the immense talent of someone we should all be watching out for. — Felix Contreras