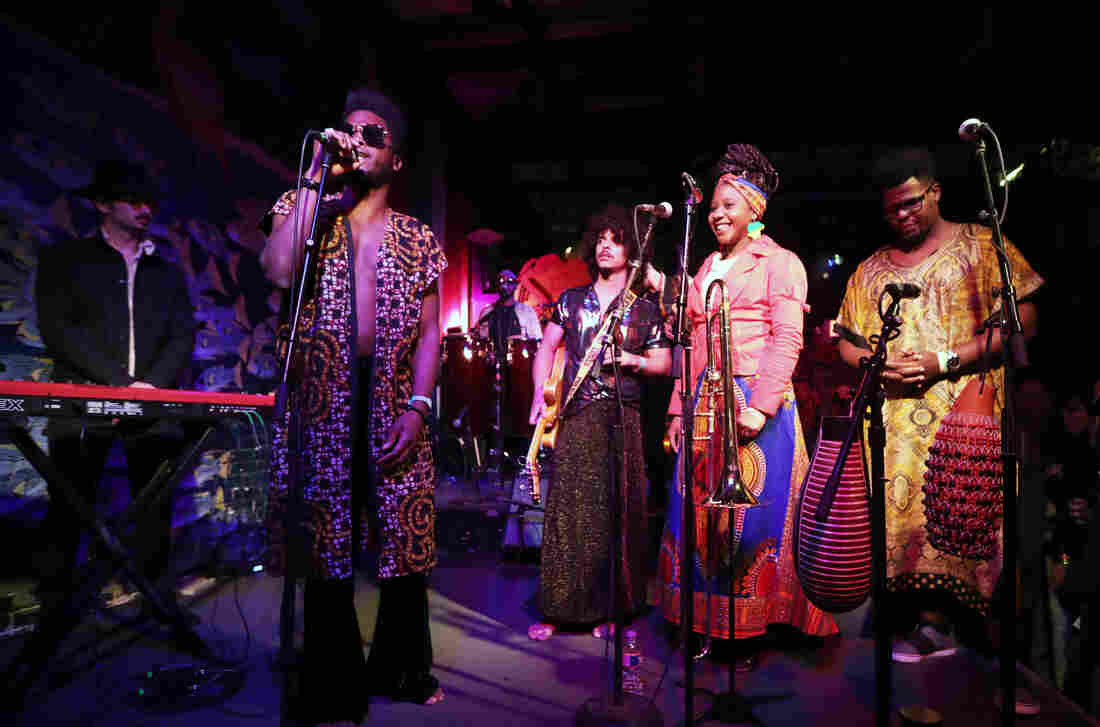 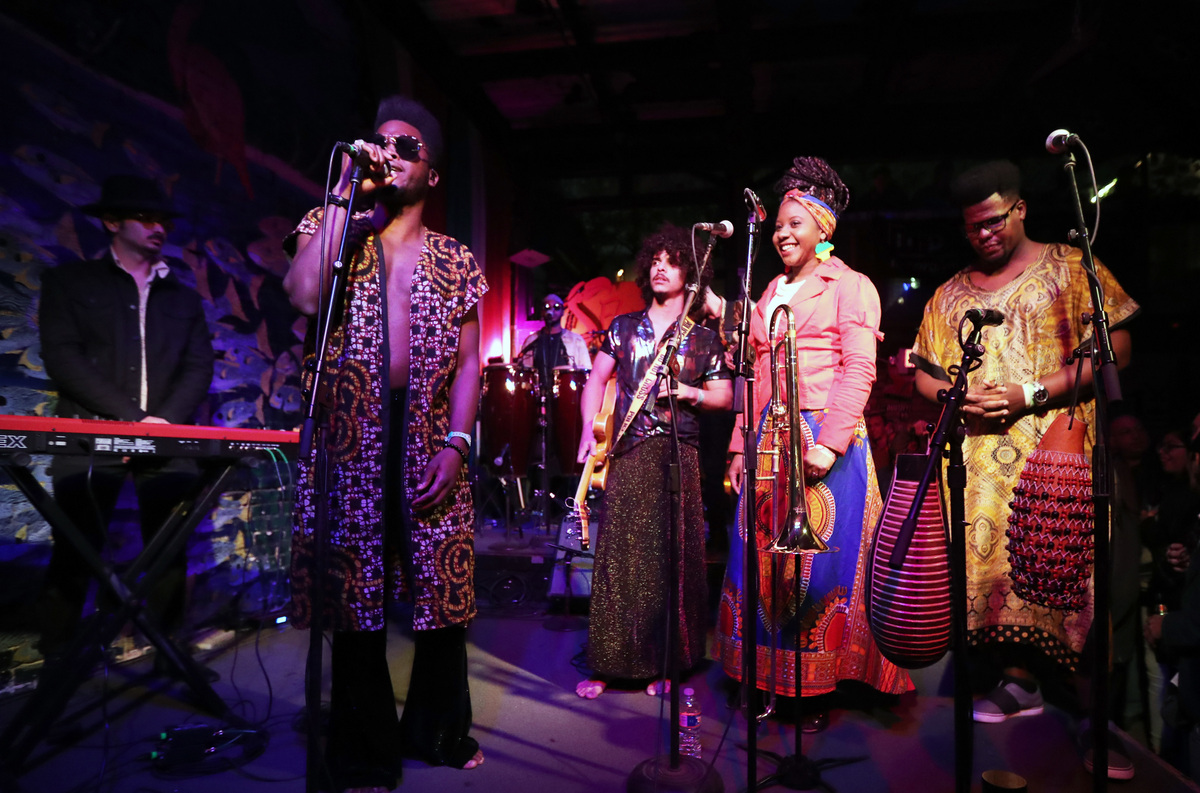 Cimafunk's Erik Iglesias Rodriguez continues his goal of world domination by way of funk and clave on this week's playlist.

Every week, we feature artists as diverse and different as each country in the Spanish-speaking world. What they all have in common is a disregard for labels and classifications and even more so this week as we witness the influence of North American soul and funk in Cuba as well as refreshing mix reaggaeton and Brazilian music. As always, dig in and enjoy.

When we look back on 2019, the history of contemporary music will be marked by the emergence of the visionary Cuban musician Erik Iglesias Rodriguez who calls himself Cimafunk.

His 2017 album Terapia was released with barely any notice. But once the Cimafunk's live show made its way off the island things started to heat up for the singer and his young band of funkateers. After Cimafunk played our Alt.Latino SXSW showcase this past spring, I kept thinking about that famous line written about an early Bruce Springsteen live show: "I have seen the future of rock and roll and its name is Bruce Springsteen!"

Cimafunk's "Ponte Pa' Lo Tuyo" is a remix from Terapia with a number of Cuban A-list additions make it even more Cuban, if that was possible: Afro Cuban jazz pianist Roberto Carcassés; legendary flute player "El Tosco" José Luis Cortés; and a nod to the Cuban epoca de oro with a cameo by Juana la Cubana (born Juana Bacallao).

After watching, you'll quickly see what I mean about seeing the future of Cuban funk. -- Felix Contreras

"Muito Calor" is the *eighth* single off Ozuna's much anticipated third album, and much like the fictional interplanetary cataclysm its named after, Nibiru has already shaken the Latinternet to its core. Still, Aura and Odisea indicate that Ozuna loves a long, long album, so it's possible the biggest earthquakes are yet to come.

The latest: a reggaeton cut with samba recorded with Brazilian sovereign Anitta that does exactly what a midsummer pop collaboration has to do. Its perfect samba production glints in the sun with each squeal from the cuícas that filter in through the opening billowing acoustic guitar riffs to its percussive repiniques and chocalhos among Anitta's verse. — Stefanie Fernández

Chilean vocalist Mon Laferte continues to impress with her range and adaptability while never loosing the essence of her vocal prowess.

2018's Norma was a sleeper of a hit in which she embraced big band mambo and boleros after releasing five albums of mostly guitar-driven power-pop with decidedly artistic cred.

What makes Laferte intriguing is how she continues to make abrupt stylistic changes within the same album. "Chilango Blues" is just that, a slow-burn ode to her adoptive home town of CDMX (Mexico City). Coming after Norma, it's a pleasant reminder of the strength of her vision and her voice. — Felix Contreras

Devendra Banhart's music has always sounded like waking up unprompted to me, at once ordered and disarming. Last month, the Venezuelan American singer announced his tenth album Ma (out Sept. 13) with "Kantori Ongaku," a perfect byte of the whimsical side of the Banhart spectrum.

"Abre Las Manos" is the searing other, a gentle ballad for Venezuela in crisis. He recounts the elements of life now with ease; the official audio on YouTube is set against images of Caracas in still life. A stillness that cultivates space still for ordinary joys: "Abre las manos el mundo te espera / Un regalito que es solo pa' ti." — Stefanie Fernández

Puerto Rican vocalist and songwriter Raquel Sofia caught my attention a few years ago at SXSW and it's been a joy to watch her star climb. She's released four albums in four years full of her emotive vocals and poetic songwriting, right after appearing in her own Tiny Desk in 2014.

On "A Las Rocas," she presses her ever-present acoustic guitar into service on a beat more reggae than reggaeton and features another alumni of our 2019 SXSW showcase, Puerto Rican medical-doctor-turned-rapper PJ Sin Suela.

Hopefully she'll keep her one-album-per-year pace going and we'll have even more music from her before the end of 2019. — Felix Contreras