Accessibility links
Residente, iLe And Bad Bunny Soundtracks Puerto Rico's Social Movement : Alt.Latino "Puerto Ricans are waking up." We explore Residente, iLe and Bad Bunny's sharp-edged takedown of Gov. Ricardo Rosselló and its influence on the protesters in the streets. 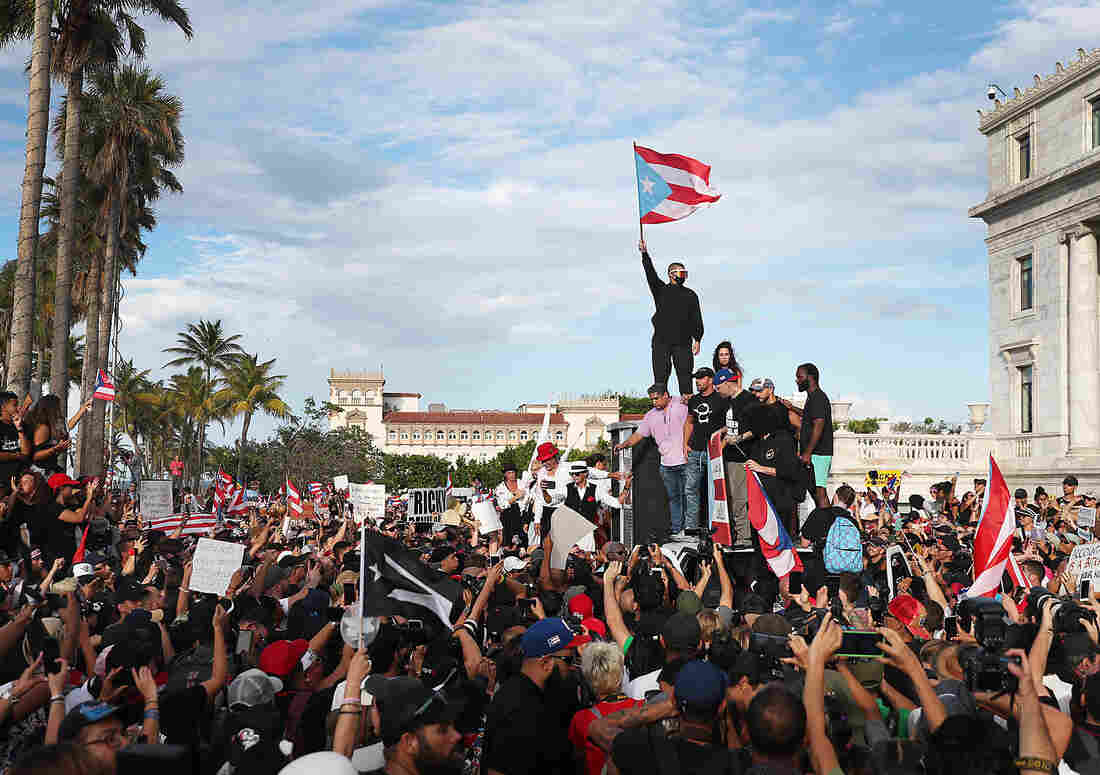 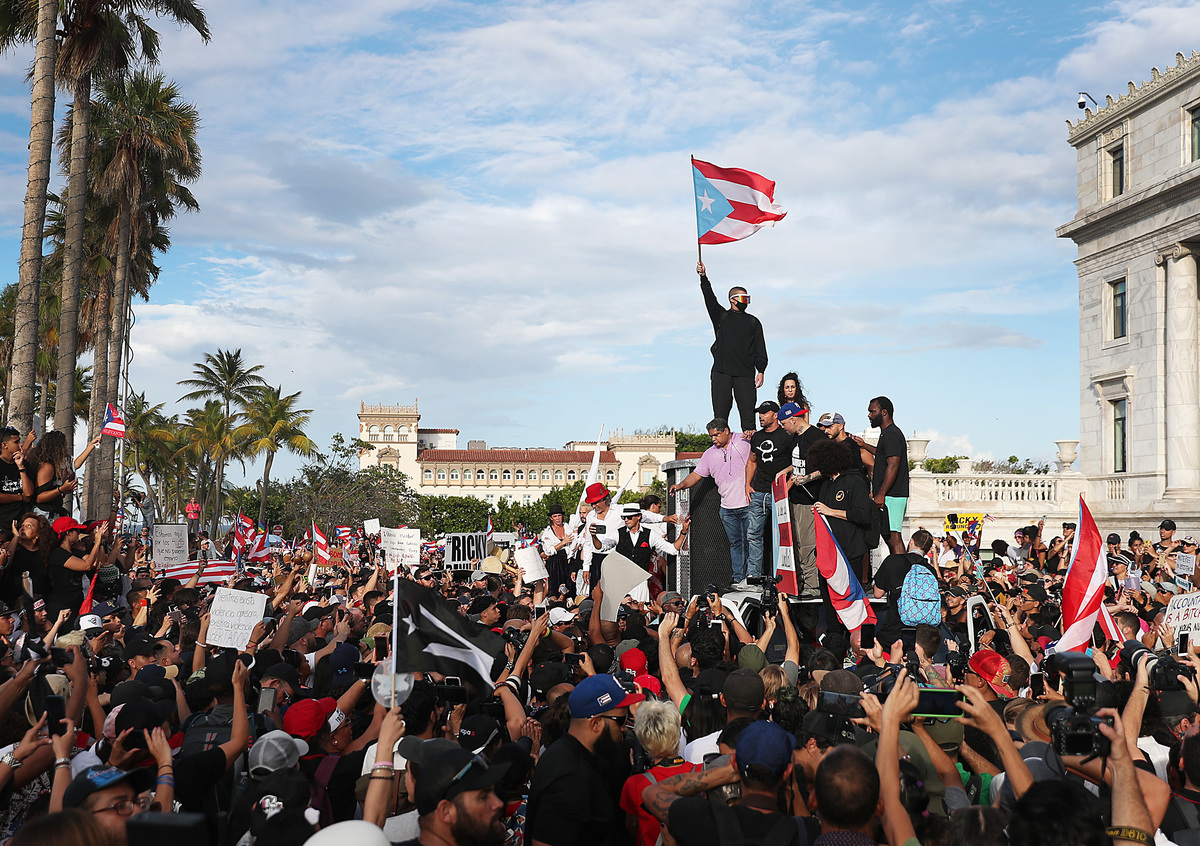 Puerto Rico Gov. Ricardo Rosselló has announced that he will leave his office on Aug. 2. This brings an end to a political stand-off with tens of thousands of Puerto Rican protesters who demanded he leave after sexist, homophobic and offensive text messages that he exchanged with his inner circle were made public.

For almost two weeks, some of the largest demonstrations in the island's history clogged the capital's street and stood outside of the governor's residence expressing anger not only about this crisis, but pretty much over 100 years of a troubled relationship with the governments on the U.S. mainland. Some of those demonstrations were led by well-known Puerto Rican musicians.

Residente, iLe and Bad Bunny released a song last week that reflects the spirit of the social movement against Rosselló, fueling the people on the streets. "Afilando Los Chuchillos (Sharpening the Knives)" is a shard-edged takedown that falls squarely in the tradition of protest songs from Latin America, but with a twist.

"Puerto Ricans are waking up," iLe tells NPR in an interview from her home on the island. "What we are saying is what we are seeing in the streets. We are telling a story of the moment we are in right now."

Her brother Residente also calls the protests an "awakening."

This episode explores the motivations behind "Afilando Los Chuchillos," how it influenced some of the protesters as well as an attempt to put all the threads together to get an accurate picture of this critical point in time in Puerto Rico's history.