Accessibility links
Juan Gabriel's 'Amor Eterno' For El Paso, Gilroy, Dayton And Beyond : Alt.Latino We offer some music to help us mourn, remember and hopefully, in time, heal. 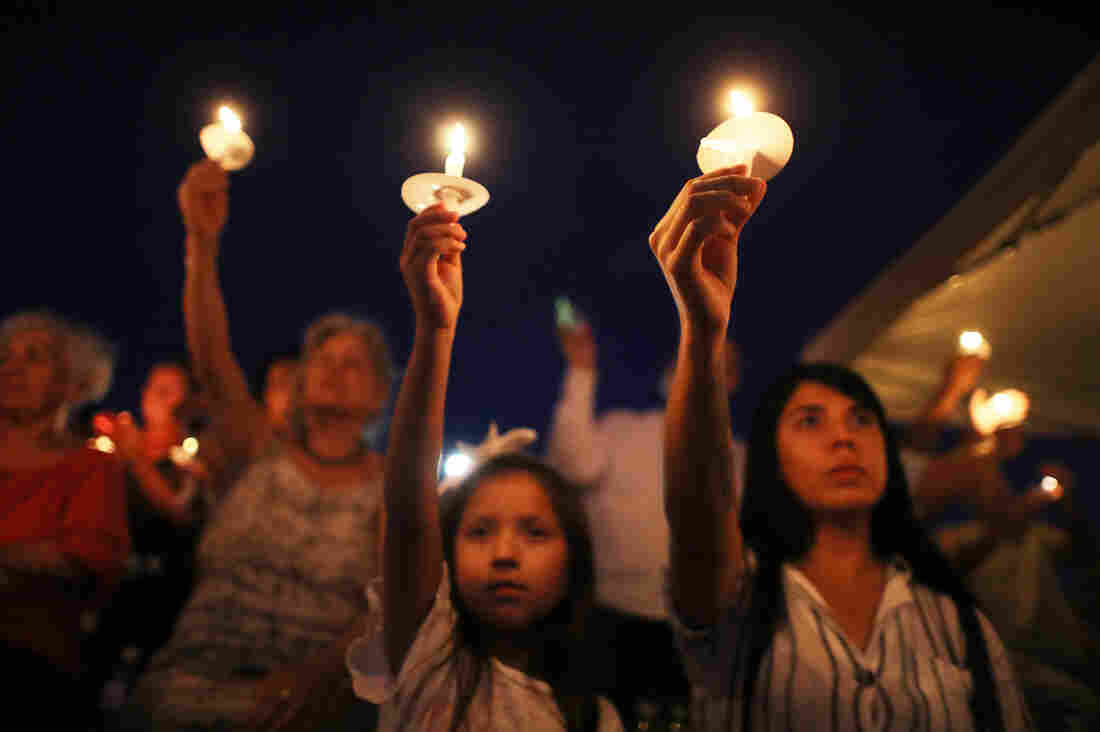 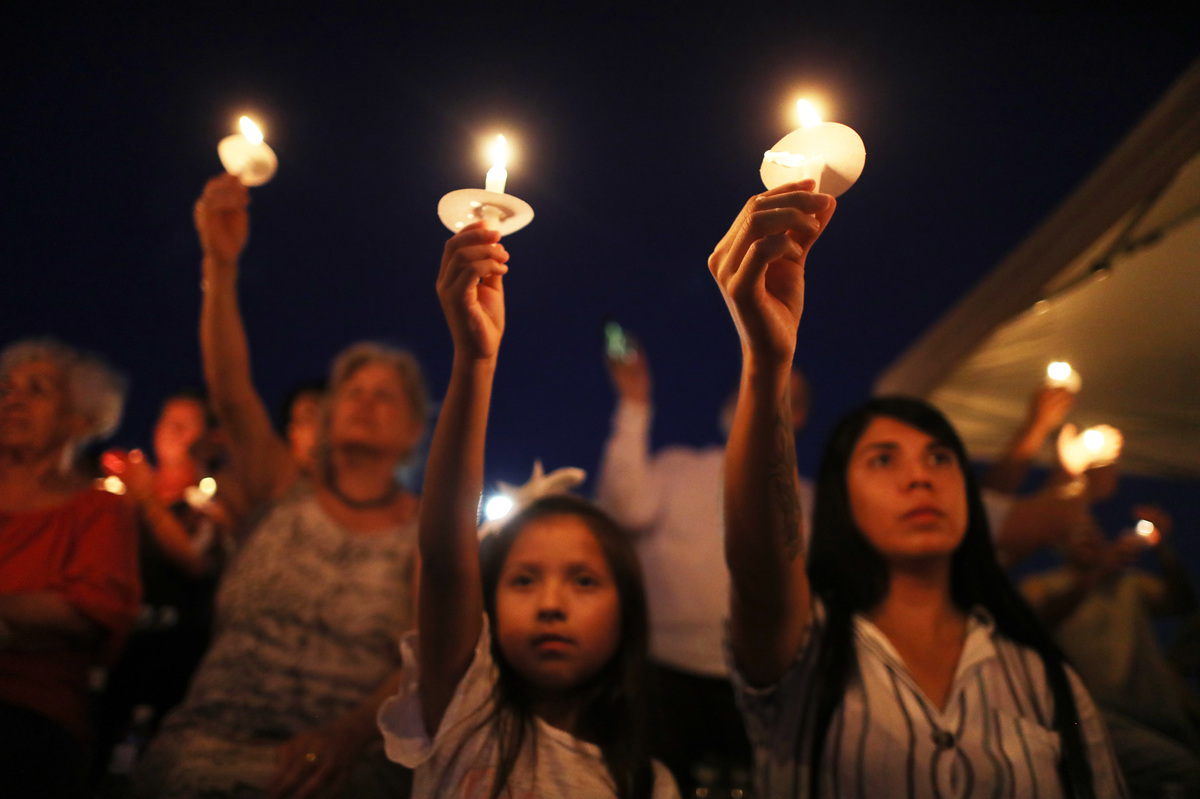 A candlelight vigil held for shooting victims in El Paso.

I had another show planned for this week — but I think we need something else, after the shootings in Gilroy, Dayton and El Paso.

Instead we offer some music to help us mourn, remember, and hopefully in time, heal. There is very little talking in this episode. We've done this before — people told us it helped, so I've selected some music that I turn to when I need to go within and reflect.

To that end, I'll share some of the lyrics from a song that comes near the beginning of this episode. It's from the 1983 film El Norte, which tells the story of two Guatemalan immigrants' journey to the U.S. The song is in fact a funeral chant and sung in Mayan:

It is not true we came here to live
We came only to sleep and dream
All things are loaned to us
We are only on earth in passing
Tomorrow or the next day, giver of life,
We shall go home to you.

We close the show with "Amor Eterno," as sung by Rocío Dúrcal. Mexican composer and vocalist Juan Gabriel wrote the heart-wrenching ballad after his own mother died; it has taken on a life of its own over the years, and is often played at funerals and memorials. In El Paso, "Amor Eterno" has been played by mariachis and sung in the Cielo Vista Mall parking lot.

A partial translation of the lyrics include these lines:

We hope this helps. Please take care of yourselves.

Music Heard On This Week's Show