Accessibility links
Canadian Musician Jane Bunnett And Her Connection To Cuban Music : Alt.Latino The saxophonist, flautist and bandleader has been traveling to Cuba and performing its music for over 30 years. 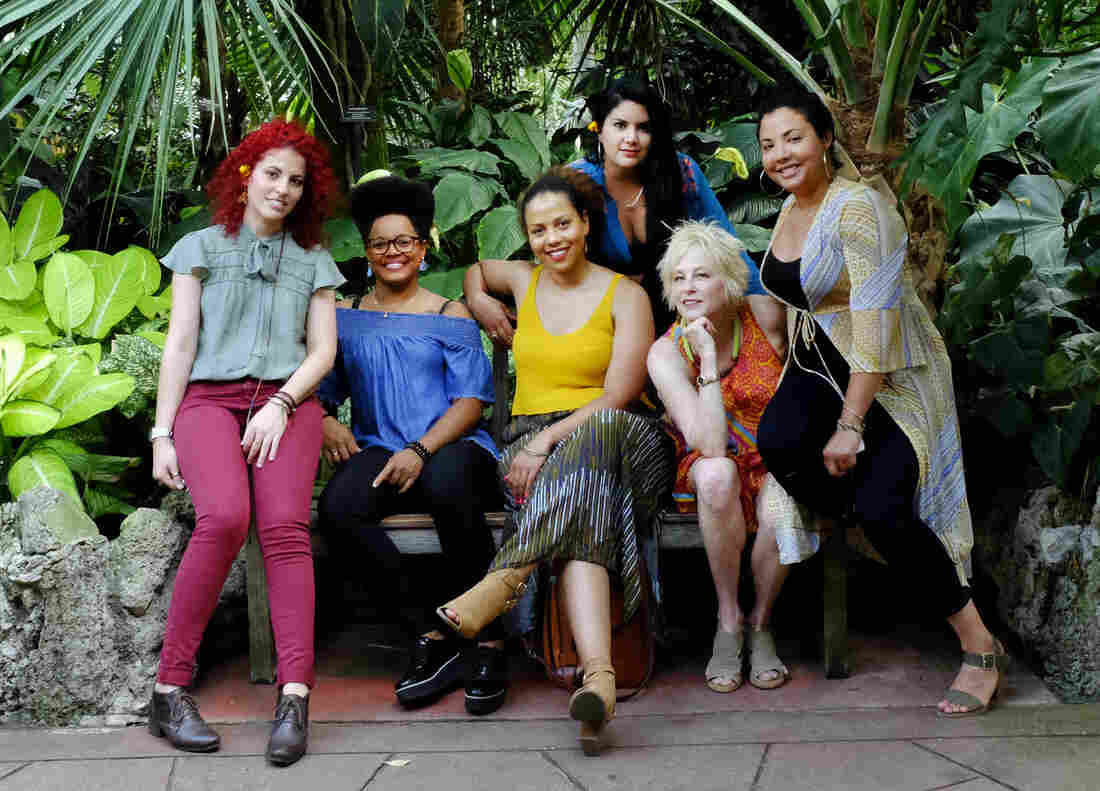 Lauren Deutsch/Courtesy of the Artist

Saxophonist, flautist and bandleader Jane Bunnett has been traveling back and forth between her home in Toronto and Cuba for over 30 years because, well, she can. Canadians, and everyone else in the world for that matter, are not held back by travel restrictions imposed by the U.S. Joined by a host of legendary Cuban musicians, the result is a catalog of over a dozen albums that have explored just about every musical corner of the country.

Five years ago saw the release of Jane Bunnett and Maqueque, introducing Bunnett's all-women Cuban band. Since then, the records and live performances have revealed a group of musicians adept at all forms of Cuban music, jazz and classical as well as dance and pop music.

This week's show, taped on location in Ocean City, Md., while the band had a day off, explores Bunnett's fascination and dexterity playing Cuban music with Maqueque as well as her ground-breaking band Spirits of Havana.