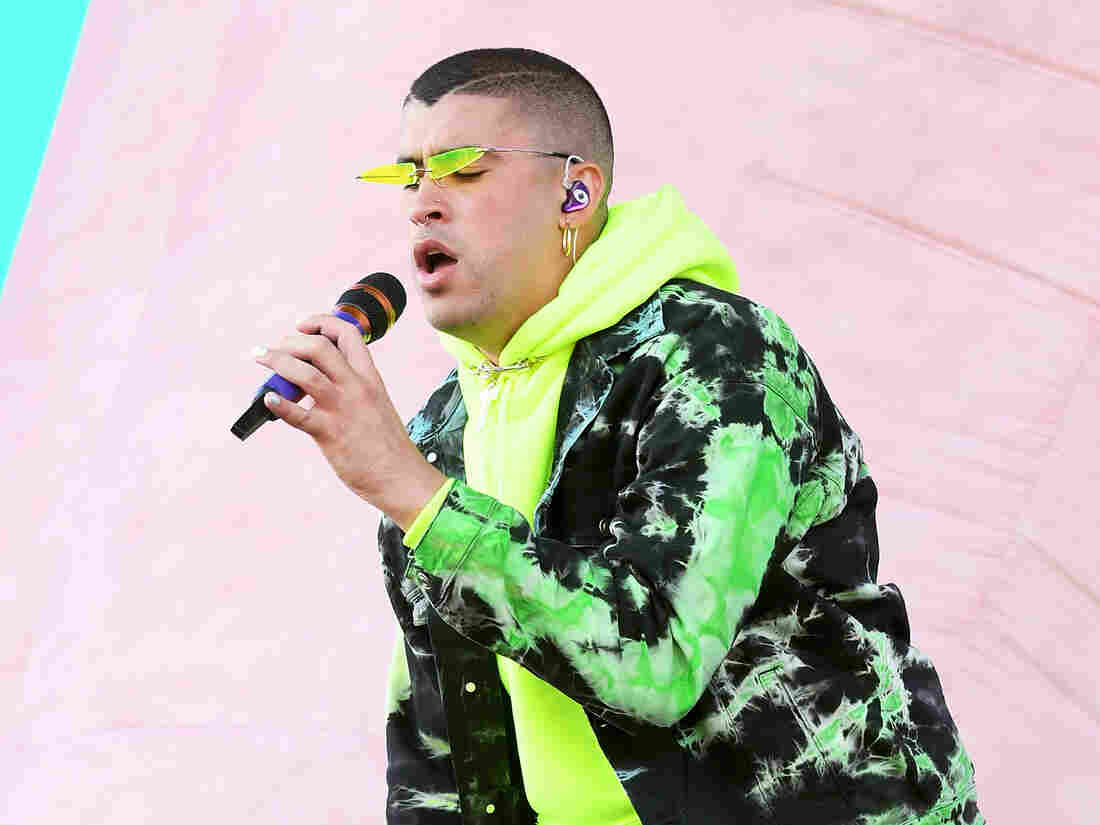 Bad Bunny's new album YHLQMDLG, which stands for "I do whatever I want" in Spanish, is the highest charting all-Spanish-language record in the history of the Billboard 200. Kevin Winter/Getty Images hide caption 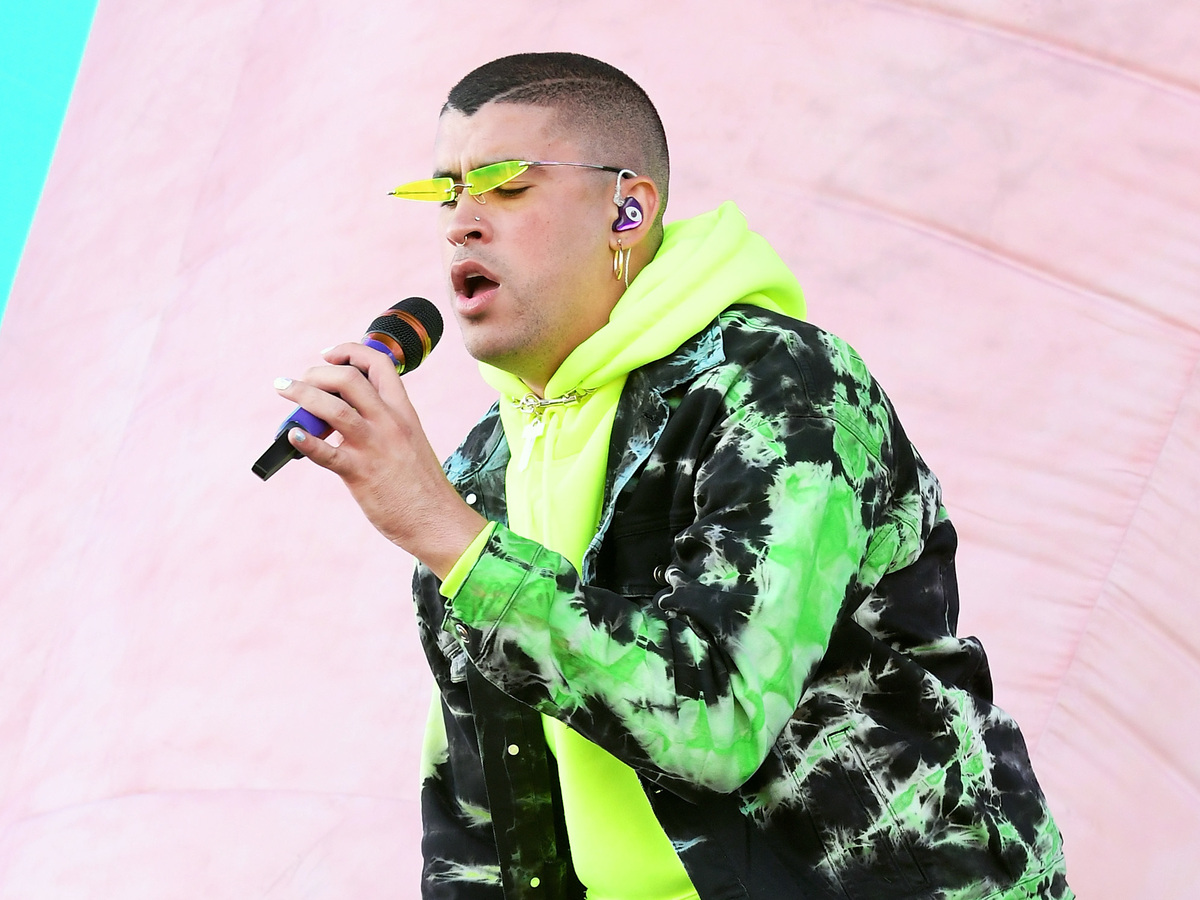 Bad Bunny's new album YHLQMDLG, which stands for "I do whatever I want" in Spanish, is the highest charting all-Spanish-language record in the history of the Billboard 200.

Bad Bunny is having a moment. His new album YHLQMDLG — Yo Hago Lo Que Me Da La Gana or "I Do Whatever I Want" -- debuted at No. 2 on the Billboard 200 album chart, making it the highest charting all-Spanish-language album in history. (The record was previously held by Shakira for 2005's Fijación Oral: Vol. 1, which reached No. 4, and was tied by Mana in 2006 with Amar es Combatir.) To give an overview of his success and how this album broke new ground, NPR's Rachel Martin spoke to NPR Music contributor and producer with The Atlantic, Stefanie Fernández. Listen in the player above and read Fernández in her own words below.

On Bad Bunny's position in music

"Bad Bunny's real name is Benito Antonio Martínez Ocasio. He's a 26-year-old singer and rapper from Vega Baja, Puerto Rico, and he's one of the most listened-to artists in the world. When he came out a few years ago, he was known mostly for Latin trap but has since incorporated all kinds Latin styles and rhythms from across history in his music. One of the things that makes him special is that he broke into the mainstream without having to translate his songs into English or participate in any of the corny crossover antics that Latin artists have had to do in the past."

On the strong reception of the album

"YHLQMDLG has an authenticity and an innovation that fans of reggaeton are craving these days. It's really a celebration of the early reggaeton that Bad Bunny was listening to when he was growing up in Puerto Rico in the early 2000s. And we're not talking about the gentler, sanitized version of reggaeton that you might hear on songs like 'Despacito,' or even some of the newer stuff that some of the legends of reggaeton are making now. It's harder and old school and in a lot of ways it's looking towards the past, but it's also looking towards the future."

"One good example is the song 'Safaera,' which is kind of a lot of different songs in one song. It's made in the style of DJ megamixes from the early 2000s heard at garage parties, marquesinas, across Puerto Rico. The song has a lot of tempo changes and movements that layer beats from other songs, like Missy Elliott's 'Get Ur Freak On' and Alexis y Fido's 'El Tiburón.' There are a lot of Easter eggs and he mixes it up — with the help of producers Tainy and DJ Orma — the way real DJs did at parties back then. Anyone who likes Latin pop can enjoy it but if you're from the Caribbean, this will really take you back."

On the stacked guest appearances

"There are a lot of guests on YHLQMDLG, and the collaborations are what really make it special. The album features several pioneers of reggaeton: obvious stars that people might know like Daddy Yankee, but also deeper cuts like Ñengo Flow and Jowell y Randy. This is really reggaeton's old guard. Yaviah, an absolute legend of reggaeton, even came out of a long hiatus to perform here.

"But there are also less established stars. 'Yo Perreo Sola' features a relatively unknown female rapper named Nesi. On the hook, she sings 'I dance alone.' It's a statement of female empowerment with perreo, a dance traditionally done by two people, performed by a woman without the need of a man. To his credit, Bad Bunny's has a real track record of challenging the machismo and the sexist norms in reggaeton. And yet, he's been criticized for this song because he doesn't credit Nesi as a performer on the track, which unfortunately fits in with a long history of male reggaeton artists doing the same to their female peers."

On Bad Bunny's hint about his future

"Bad Bunny is a complicated guy. On one hand, he can be very political: He participated in the protests in Puerto Rico last year that ultimately spurred the resignation of former governor Ricardo Rosselló. Recently, during a performance on the Tonight Show, he wore a sweatshirt that said 'They killed Alexa' to draw attention to the murder of a trans woman in Puerto Rico.

Bad Bunny Shows Us His Version Of Old-School

"And yet when I spent a day with him recently for an interview, he told me that he's worried about being misunderstood or made into a spokesperson for his island. And so I think he's sincere when he sings in Spanish on the closing track: 'The fame has made me sick / Thanks to dad and mom for all the scolding / Thanks to you I'm the same for all these years.' So to me, this album is also in some ways about Bad Bunny trying to hold onto the kid he was before all the fame and before everyone hung onto his every word. As far as retiring, we'll just have to wait and see."