Accessibility links
Music That Moves From Despair To Hope : Alt.Latino After an upsetting week in the U.S., we offer some music to cope, featuring David Bowie and Miriam Makeba, plus covers by Las Cafeteras and Los Cenzontles. 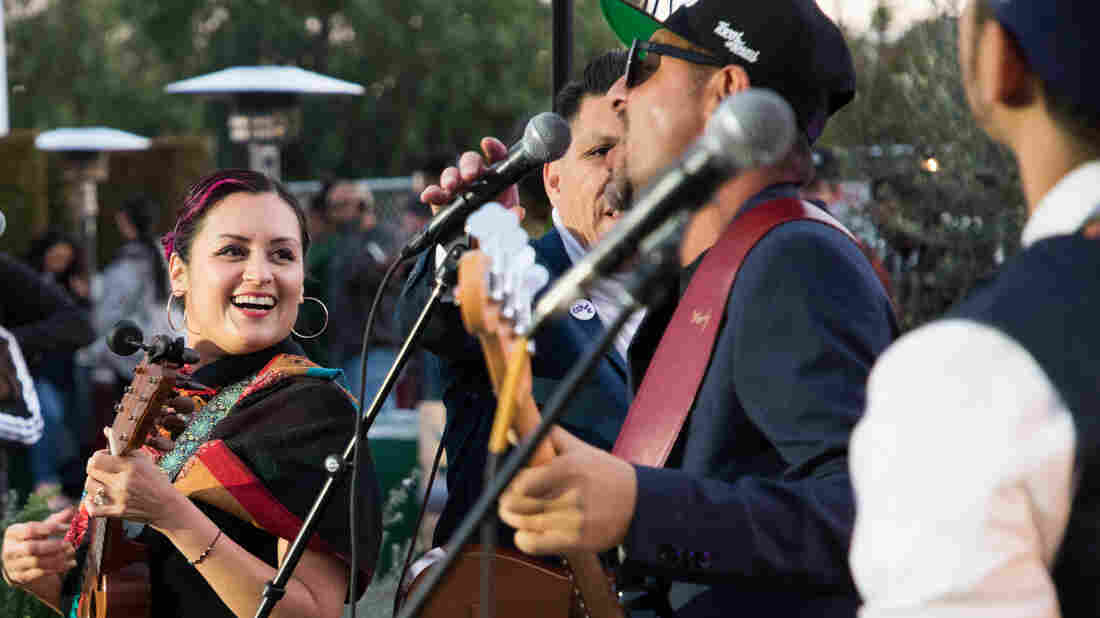 Las Cafeteras released a Spanglish cover of "Georgia On My Mind" in December as the Senate race in Georgia headed to a runoff. Ella Hovsepian/Getty Images hide caption 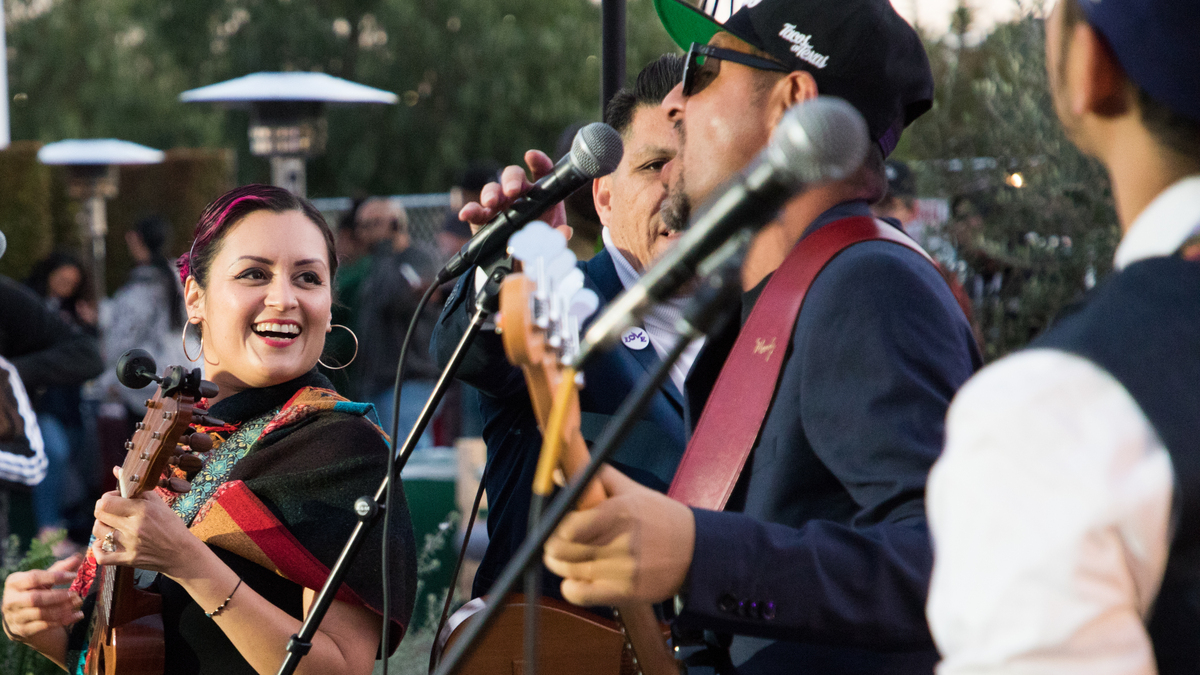 Las Cafeteras released a Spanglish cover of "Georgia On My Mind" in December as the Senate race in Georgia headed to a runoff.

What we experienced in the U.S. this past week is upsetting on a number of levels. So as I've done before, here's some music to try help us cope and make sense of things.

David Bowie, "This Is Not America"

I can't think of any better way to start than with this track from David Bowie and guitarist Pat Metheny. It's from the 1985 film The Falcon and the Snowman.

Making Movies, "Everybody Wants to Rule the World"

In 1985, Tears For Fears released a powerful song that could be interpreted as a song about a love gone bad, but a closer listen reveals a meditation on those who are desperate for power and control. Alt.Latino favorites Making Movies reimagined "Everybody Wants to Rule the World" with a Central American sensibility.

Miriam Makeba, "For What It's Worth"

This is the great Miriam Makeba, one of the great voices of freedom and resistance in Africa, singing a song from the classic-rock songbook about the need to listen before you confront.

Charly García came of artistic age when Argentina's dictatorship would regularly imprison and "disappear" rock musicians like him who dared to challenge the injustice of a brutal regime. His song "Los Dinosaurios" is a classic of resistance and defiance not just in his home country but across all of Latin America.

Sol y Lluvia's musical standoff with the Pinochet regime of the 1970s.

Stevie Wonder was writing about former president Richard Nixon when he released "Big Brother" in 1972. But when he sings the line, "I'll change if you vote me in as the president of your soul..." he was being scarily prescient.

Las Cafeteras, "Georgia On My Mind"

As we watched far-right extremists storm the Capitol in Washington, D.C., history was also made Georgia as the results of the second Senate race were finalized, ensuring a Democrat majority during the next administration. With that in mind, listen to this beautifully reimagined cover of an American classic by the SoCal son jarocho revivalists, Las Cafeteras.

Los Cenzontles, "Give Me Peace On Earth"

We end this musical journey from despair to hope with a George Harrison cover by the Bay Area's Los Cenzontles.