Week In Politics: It's All About The Shutdown

December 29, 2018 • The government shutdown drags on with no end in sight after both President Trump and congressional Democrats dug in.

Week In Politics: It's All About The Shutdown 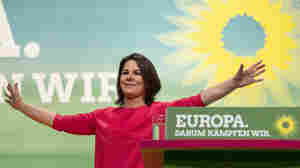 Annalena Baerbock, co-chairwoman of the Green party, gestures during her speech at the party convention in Leipzig, Germany, in November. Jens Meyer/AP hide caption

December 29, 2018 • Formed in 1980, the Greens are now the second most popular party in the country. Much of their success, analysts say, has to do with the worsening image of the country's traditional leading parties.

December 28, 2018 • It's been a turbulent year for USA Gymnastics. Noel King talks to former gymnast Trinea Gonczar, about how the organization has dealt with the Larry Nassar abuse scandal, CEO issues and bankruptcy. 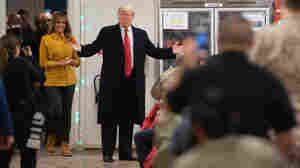 President Trump and first lady Melania Trump arrive to visit members of the U.S. military during an unannounced trip to Al Asad Air Base in Iraq on Wednesday. Reporters traveling with Trump, as has happened with past presidents, were not allowed to report that the president was in Iraq until the end of the visit for security purposes. Saul Loeb/AFP/Getty Images hide caption

'Can You Come To The White House?' A Reporter's Tale Of A Surprise Trip To Iraq

December 27, 2018 • NPR White House correspondent Tamara Keith was one of 13 reporters to go with President Trump to Iraq, an assignment that meant keeping a big secret — even from family.

December 27, 2018 • Noel King talks to Kori Schake, who served on George W. Bush's National Security Council and now is at the International Institute for Strategic Studies, about Trump's trip to Iraq to visit troops. 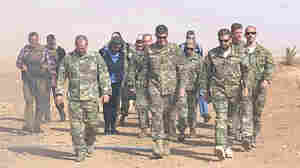 U.S. Gen. Joseph Votel (center), the top U.S. commander for the Middle East, visited a military outpost at al-Tanf in southern Syria, where the U.S. trains Syrian opposition forces, in October. President Trump is planning to withdraw the U.S. forces from Syria, according to a Pentagon official. Lolita Baldor/AP hide caption

December 19, 2018 • The limited U.S. force has had a large impact on Syria's war, beating back ISIS and bringing relative calm to one corner of the country. President Trump's critics fear those gains could be lost. 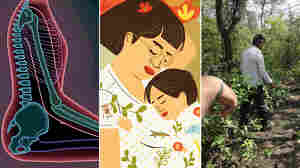 Some images from Goats and Soda's top stories of 2018. From left: changing the way we sit to fix back pain; is sleeping with your baby dangerous?; men walk near the site where the body of an 8-year-old girl, who was raped and murdered, was found. From left: Lily Padula for NPR; Fabio Consoli for NPR; Channi Anand/AP hide caption

December 19, 2018 • Our most-read articles gave helpful advice — like how to sit without hurting your back — shocking news and a glimpse of history. And there was one story about — what else? — goats! 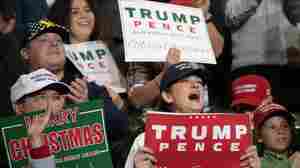 Warning To Democrats: Most Americans Against U.S. Getting More Politically Correct

December 19, 2018 • An NPR/PBS NewsHour/Marist poll finds that 52 percent don't want the country to become more politically correct and are upset there are too many things people can't say anymore.

Warning To Democrats: Most Americans Against U.S. Getting More Politically Correct

December 18, 2018 • Latino USA's traditional episode for the new year is a remix of our favorite music pieces of 2018. 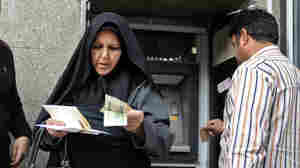 People withdraw money from a bank machine in the Iranian capital Tehran's Grand Bazaar in November, months after President Trump announced in May he was withdrawing from the 2015 Iran nuclear deal and reimposing sanctions on the country. Atta Kenare/AFP/Getty Images hide caption

December 18, 2018 • The Trump administration hit Iran with sanctions after pulling out of the nuclear deal. That's hurt the Iranian economy — and emboldened hard-liners. 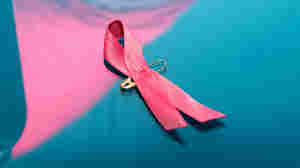 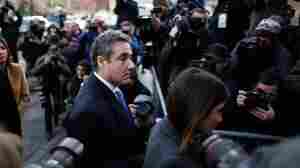 December 15, 2018 • This week in the Russia investigations: Headlines and courtroom action are coming thick and fast in the final weeks of the year, but a core "collusion" case remains unproven.

December 14, 2018 • Poet Javier Zamora is forced to return to El Salvador to apply for a visa, his first trip back in nearly 20 years. Also, an interview with Alfonso Cuarón about "Roma." 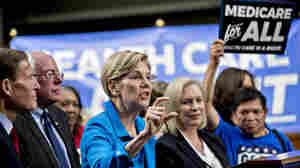 Sen. Elizabeth Warren, a Democrat from Massachusetts (center), is just one of several potential 2020 presidential candidates who came out in support of Sanders' Medicare for All proposal in 2017. Andrew Harrer/Bloomberg via Getty Images hide caption

December 14, 2018 • The likely Democratic presidential pack is embracing ambitious economic policies, like Medicare for all and a $15 minimum wage. Those policies could drive the big debates during the 2020 primaries.