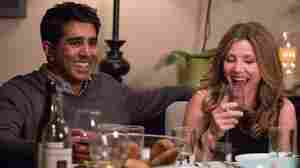 August 28, 2014 • NPR TV critic Eric Deggans ranks Amazon's new batch of five series pilots, asking why none of them seem to break the rules of TV quite enough to draw attention. 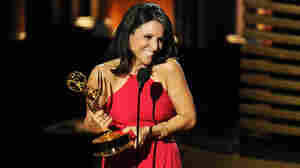 Back From Vacation, Obama Faces A Host Of Challenges

August 25, 2014 • The beheading of an American journalist at the hands of foreign terrorists, and the death of Michael Brown in Missouri have created policy and political questions that the president has to deal with.

Back From Vacation, Obama Faces A Host Of Challenges 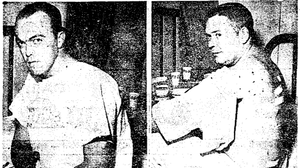 News outlets in 1962 paired this image of injured police officers with a story about the aftermath of a riot in a St. Louis suburb. Proquest Historical Newspapers Archive hide caption

August 21, 2014 • As we unpack St. Louis' long, tense history of racial unrest amid continuing protests in Ferguson, Mo., we find striking parallels between the events of years past and those of the past few weeks. 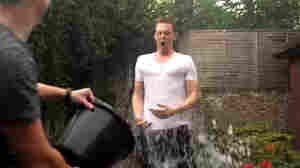 Tom Hiddleston takes the Ice Bucket Challenge. The actor is one of many stars taking part in the campaign to raise money for ALS. via YouTube hide caption

August 20, 2014 • When actor Tom Hiddleston and Lady Gaga take the Ice Bucket Challenge, it makes a big splash. But do stars really make a difference in fund-raising and public awareness when they endorse a charity? 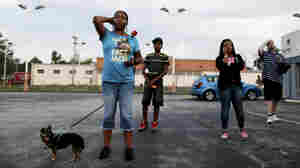 August 19, 2014 • To locals, Ferguson is part of St. Louis, not a separate place. And as residents wonder whether or when their lives will return to normal, the question remains: What will they do after it does? 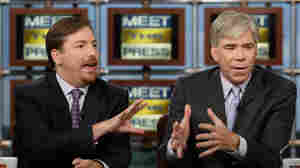 4 More Things NBC Must Do To Save 'Meet The Press' 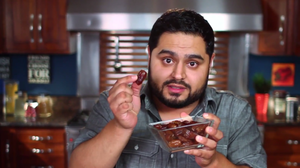 August 15, 2014 • Since it was created in 2012, the MiTú network has been rapidly expanding to meet demand for Latino Web content. Now, it's partnering with Televisa, a Spanish-language media company. 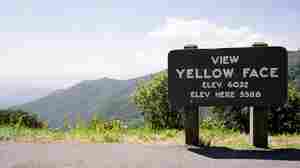 Why is it that people seem to always want to visit that yellowface place? Via Flickr hide caption

August 14, 2014 • Have more non-Asian actors, musicians and others been trying to don makeup or clothes in an attempt to look "Asian," or are we just better at noticing it? Three experts weigh in on the phenomenon. 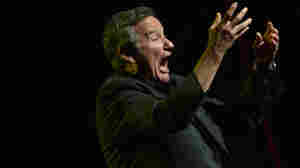 Robin Williams performs during the Sixth Annual Stand Up for Heroes charity event at the Beacon Theatre in New York in 2012. Mike Coppola/Getty Images hide caption

August 12, 2014 • Williams was a dervish of comedy — tossing off one-liners, biting asides and sidesplitting routines in a blizzard of accents, attitudes and goodhearted energy. He died Monday at 63.

August 11, 2014 • President Obama and his family are enjoying what the White House is describing as a working vacation on Martha's Vineyard as American airstrikes continue to hit selected Iraqi targets.

August 4, 2014 • Reports over the weekend indicated President Obama would take executive action soon to grant legal status to millions of undocumented immigrants. The White House says that is speculation.

August 1, 2014 • Did ESPN's Stephen Smith need to apologize for saying women need to be aware of provocation? The Barbershop guys weigh in.

Is The Current Gridlock In Congress As Bad As It Looks?

August 1, 2014 • For the final program, host Michel Martin speaks with Neil Minkoff and Maria Cardona about the biggest political stories of the week.

Is The Current Gridlock In Congress As Bad As It Looks?

Despite Progress Of LGBT Rights In U.S., Challenges Remain Abroad

July 31, 2014 • Around the world, it can still be very hard to live as an openly gay man. Host Michel Martin learns more from two LGBT activists: Jamaican Maurice Tomlinson and Nigerian Bisi Alimi.

Despite Progress Of LGBT Rights In U.S., Challenges Remain Abroad