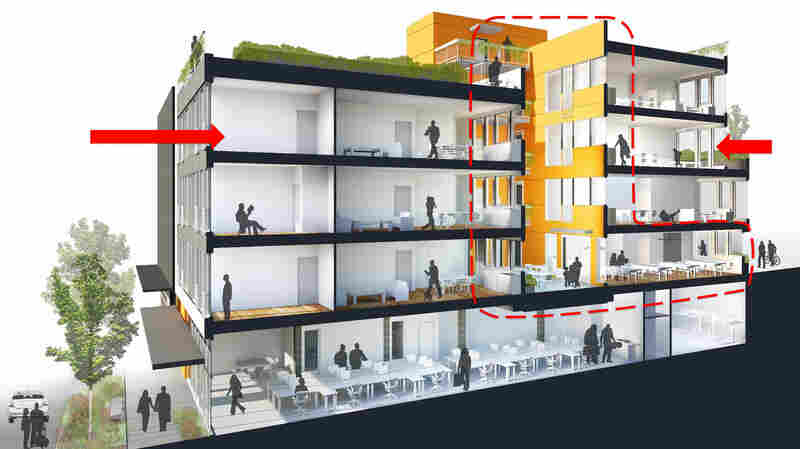 Grace Kim: What Happens When You Design A Home With Community In Mind?

April 24, 2020 • For architect Grace Kim, the antidote to isolation is co-housing. She describes how she built a home—and a community—by designing an apartment building for her family and eight other families.

Grace Kim: What Happens When You Design A Home With Community In Mind? 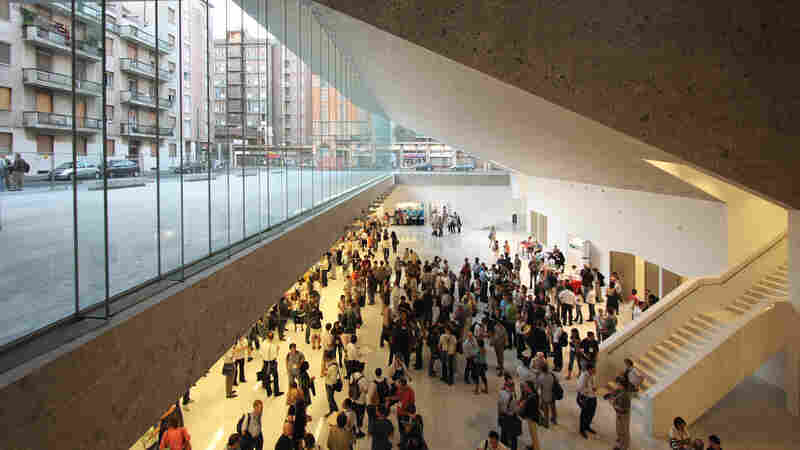 The School of Economics Building at the Universita Luigi Bocconi in Milan, Italy, was designed by Grafton Architects — founded by Yvonne Farrell and Shelley McNamara. It launched Grafton Architects as a leading designer of university buildings. Federico Brunetti/Pritzker Architecture Prize hide caption

For The 1st Time, Architecture's Most Prestigious Prize Is Awarded To 2 Women

For The 1st Time, Architecture's Most Prestigious Prize Is Awarded To 2 Women 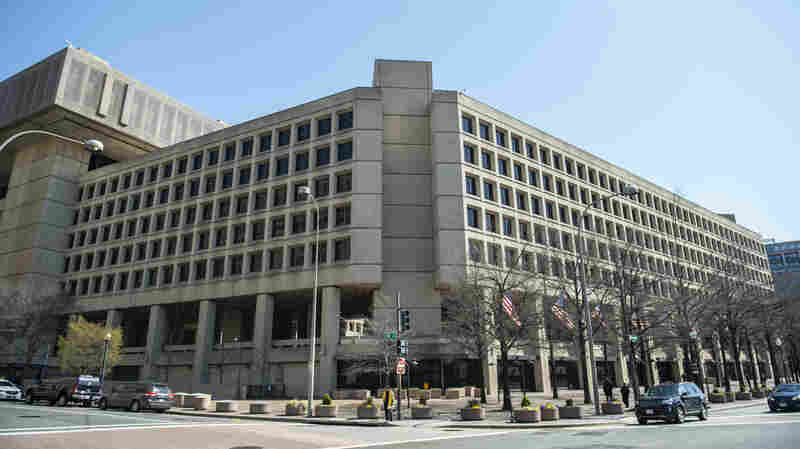 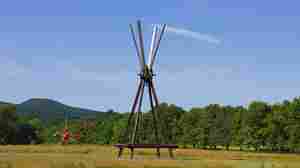 October 20, 2019 • Suvero's acclaimed sculptures are in public spaces all over the world and in the collections of major museums. The sculptor recently installed his largest work at the Storm King Arts Center. 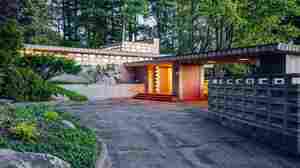 September 18, 2019 • The famed architect conceived a number of dwellings for the mass market to be made from concrete blocks. The idea never took off. But in New Hampshire, one such building is now hitting the market. 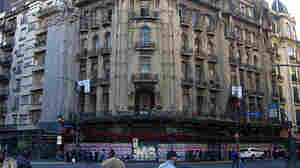 The Confitería del Molino, once a bustling pastry shop adjacent to the Argentine Capitol building, reopened recently for a few hours in a sneak preview of its full restoration. Carlos Schroder for NPR hide caption

August 19, 2019 • The preview reopening of the Confitería del Molino, a long-shuttered art nouveau pastry cafe near the Argentine Capitol, prompted lines around the block — and, for some former patrons, good memories. 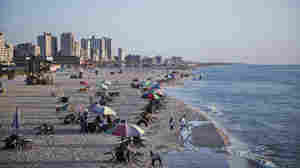 August 8, 2019 • Gaza has been off-limits to tourists since Hamas took over in 2007 and Israel and Egypt imposed a blockade. NPR follows a tour guide to sites, including a palace, shops, cafes and a bathhouse. 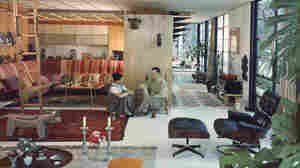 Ray and Charles sit in their living room in 1958. An intimate alcove was tucked into the larger, high-ceilinged room. Julius Shulman/J. Paul Getty Trust hide caption

August 2, 2019 • Built in 1949 in the Pacific Palisades, the Eames House is considered among the most important postwar residences in the U.S. Now, the family is working to preserve the home for generations to come. 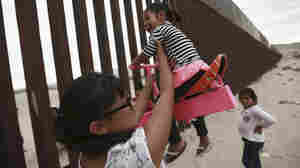 A set of pink seesaws allowed people to share some fun along the U.S.-Mexico border wall this week. Here, a woman helps her little girls ride the seesaw that was installed near Ciudad de Juarez, Mexico. Christian Chavez/AP hide caption

July 30, 2019 • A playdate recently broke out at the fence that separates the U.S. and Mexico in an event that was "filled with joy, excitement, and togetherness." 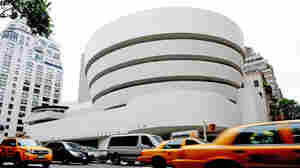 The Guggenheim Museum, designed by Frank Lloyd Wright who developed the concept of "organic architecture," that a building should develop out of its surroundings. Stan Honda/AFP/Getty Images hide caption

July 7, 2019 • The Guggenheim Museum in New York and Fallingwater in Pennsylvania now belong to a list that includes Machu Picchu and the pyramids of Egypt. 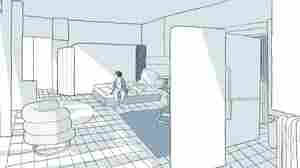 Eileen Gray: A House Under The Sun, by Charlotte Malterre-Barthes and Zosia Dzierzawska Nobrow hide caption

'Eileen Gray' Examines The Relationship Between Genius And Gender

June 7, 2019 • Even in our current climate, it's sobering to consider how the profession of architecture treated modernist pioneer Eileen Gray. This graphic history is a thought-provoking, if incomplete, reflection. 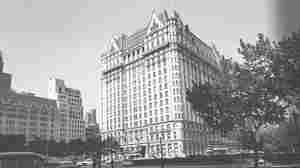 June 6, 2019 • Julie Satow's book reads like the biography of a distant relative as much as the history of a landmark building; the author argues that no other building so directly reflects the city itself. 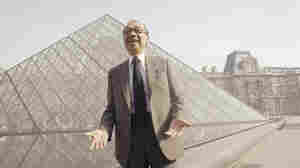 May 16, 2019 • During his influential career, the Pritzker-winning architect designed everything from schools to skyscrapers. Known for spare geometric forms, Pei said the goal was to "eliminate the inessential." 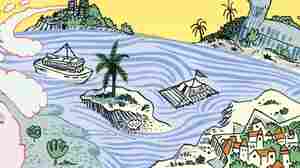 This Land is My Land: A Graphic History of Big Dreams, Micronations, and Other Self-Made States, by Andrew Warner and Sofie Louise Dam Chronicle Books hide caption 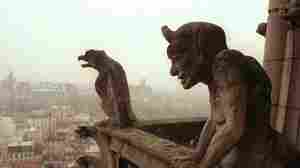 Gargoyles watch over the streets of Paris from the top of the Notre Dame Cathedral in 1996. Remy De La Mauviniere/AP hide caption

How Notre Dame, 'Vast Symphony In Stone,' Weaves Its Way Through Parisian History

April 16, 2019 • Victor Hugo wrote Notre Dame de Paris, or The Hunchback of Notre Dame, in the 19th century to draw attention to the cathedral, which had fallen into neglect and disrepair. It worked. 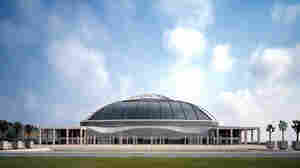 The Palau Sant Jordi, an indoor arena designed by Arata Isozaki that was used for the 1992 Barcelona Summer Olympics. Hisao Suzuki/Courtesy of the The Hyatt Foundation/Pritzker Architecture Prize hide caption

March 5, 2019 • Growing up in the shadow of World War II, the Japanese architect became fascinated with how people rebuild. Now, after decades of restless reinvention, he has won architecture's highest honor. 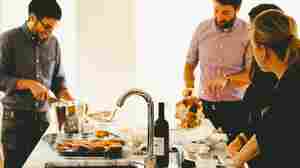 December 22, 2018 • Holiday season is party season. Hosts decorate their homes with trees, flowers and candles in the windows to make them cozy and festive. Yet so many parties end up in the kitchen. Why? 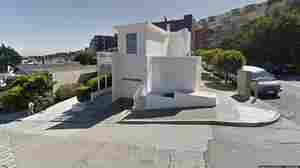 December 19, 2018 • Built in 1936, it was one of only a handful of Bay Area projects by the renowned architect Richard Neutra. 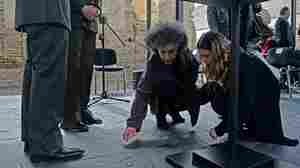 Colombian sculptor Doris Salcedo (center) cleans a spill on the floor during the pre-inauguration of her peace monument titled Fragmentos (Fragments), for which she used metal melted-down from the weapons handed over by FARC guerrilla fighters to make the floor, in Bogotá on July 31. Diana Sanchez/AFP/Getty Images hide caption

November 6, 2018 • Under Colombia's peace deal, FARC guerrillas turned over their weapons to the United Nations. Now many of them lie in the ground of a Bogotá museum. 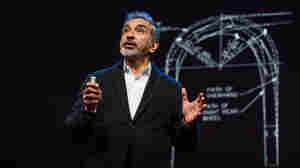 September 28, 2018 • Architect Vishaan Chakrabarti says many modern cities feel cold, austere, and anonymous. He advocates for designing more vibrant and inclusive cities that are reminiscent of the scale of older cities.