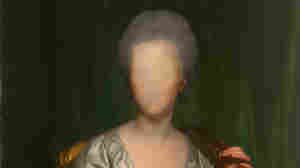 You Gonna Finish That? What We Can Learn From Artworks In Progress

May 31, 2016 • Nearly 200 great works of unfinished art are now on display at The Met Breuer Museum in Manhattan. Spanning six centuries, the works offer a glimpse into the creative process — from Titian to Warhol.

You Gonna Finish That? What We Can Learn From Artworks In Progress 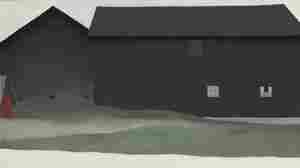 May 26, 2016 • An atmospheric image of barns in Lake George, N.Y., is joining the collection at the Georgia O'Keeffe Museum in Santa Fe, N.M. The painting reveals a lesser-known genre of the artist's work. 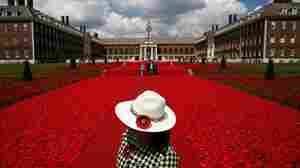 A volunteer stands to the entrance of the 5000 Poppies Garden at the Chelsea Flower Show, created by Australians Lynn Berry and Margaret Knight with designer Phillip Johnson. The project began as a small tribute to Berry and Knight's fathers, who fought in World War II. Adrian Dennis/AFP/Getty Images hide caption

London Flower Show Hopes You Will Get Into The Garden, Too

May 23, 2016 • Handmade poppies and take-home tips are hallmarks of this year's Chelsea Flower Show. The Royal Horticultural Society wants to use the show to promote the benefits of digging in the dirt. 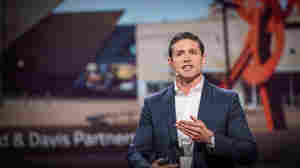 Marc Kushner: How Do Buildings Make Us Feel?

May 20, 2016 • Architect Marc Kushner explains why architecture tends to swing drastically between traditional and experimental styles — and why the future of building design is going to be different. 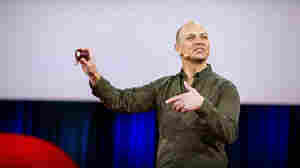 Tony Fadell: How Can We Design For A Better Experience?

May 20, 2016 • The designer behind the iPod and the Nest thermostat explains why design is in the details, and why designers often get those details wrong.

How Can We Design For A Better Experience? 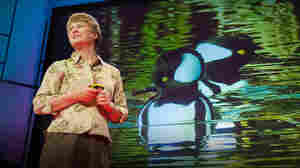 Janine Benyus: What Can Today's Designers Learn From Nature?

May 20, 2016 • Science writer Janine Benyus believes innovators should look to nature when solving a design problem. She says the natural world is full of ideas for making things waterproof, solar-powered and more.

What Can Today's Designers Learn From Nature? 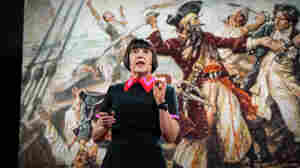 May 20, 2016 • Design critic Alice Rawsthorn explains why some of the greatest designers tend to be outsiders. She celebrates the innovations of unwitting designers like Florence Nightingale — and Blackbeard.

Are The Best Designers Rebels? 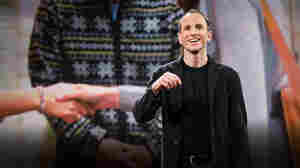 Joe Gebbia: How Do You "Design" Trust Between Strangers?

May 20, 2016 • When a stranger shows up at an AirBnB rental, what ensures that all goes well? Careful design of the website that brought them together, says Joe Gebbia, the co-founder of Airbnb.

How Do You "Design" Trust Between Strangers? 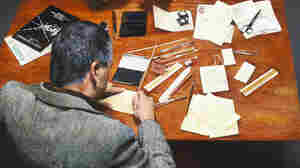 ARGO — The Rescue of the Canadian Six was painted by an undercover CIA employee. It depicts an operation in which six Americans ("The Canadian Six") were rescued after the U.S. embassy in Tehran was taken over in 1979. Courtesy of CIA hide caption

May 20, 2016 • There's a private art gallery at CIA headquarters — who knew? Museum director Toni Hiley says the agency has a young workforce, and the collection of art and artifacts helps them learn from the past.

Why An Art Historian Took NYPD Officers To The Met

May 18, 2016 • Art historian Amy Herman took officers from the New York Police Department to the Metropolitan Museum of Art and used art to show them how to look closer at their own cases.

Why An Art Historian Took NYPD Officers To The Met 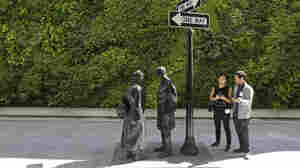 Two people hold electronic devices while looking over a sculpture by George Segal with the Living Wall in the background at the newly expanded San Francisco Museum of Modern Art. Eric Risberg/AP hide caption

Too Much Technology Can Spoil Your Warhol Experience

May 17, 2016 • The San Francisco Museum of Modern Art has reopened after a three-year closure. Like a growing number of museums, it hopes new tech doesn't get in the way of looking at the art.

Too Much Technology Can Spoil Your Warhol Experience

May 16, 2016 • The San Francisco Museum of Modern Art re-opened this weekend with groundbreaking interactive technology meant to enhance the experience of looking at art. But can there be too much tech in a museum?

May 14, 2016 • Antique dealer Alvin Barr was surprised when a piece of pottery he owned was appraised at as much as $50,000 on Antiques Roadshow. So too was the pot's creator, Betsy Soule. 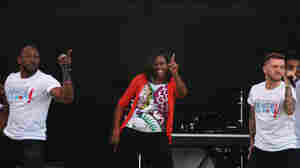 First Lady Michelle Obama wears her signature cardigan while dancing with performers from the television show So You Can Dance during the annual White House Easter Egg Roll on April 6, 2015. Mark Wilson/Getty Images hide caption

May 14, 2016 • In fashion, most first ladies have worshiped at the altar of "The Suit." Michelle Obama transformed American fashion by favoring dresses, moderately-priced brands, and simple basics like the cardigan. 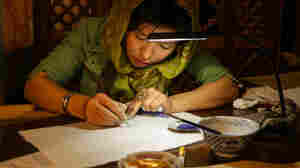 May 14, 2016 • Sughra Hussainy, a 27-year-old artist from Afghanistan, never imagined her talent in traditional Persian calligraphy would take her around the world.