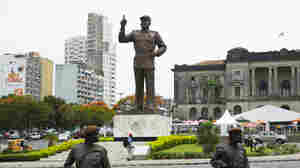 A statue of Mozambique's first president, Samora Machel, at a city square in the capital Maputo. The monument is one of many similar statues built throughout Africa by North Korean workers. The United Nations on Wednesday banned the export of North Korean monuments, saying the government was earning hard currency that could be used to advance its nuclear program. Thomas Trutschel/Photothek via Getty Images hide caption

For Autocrats In Need Of Statues, North Korea Is No Longer An Option

November 30, 2016 • New United Nations sanctions against North Korea ban the export of monuments. The impoverished Asian nation has made millions by building statues for African nations. 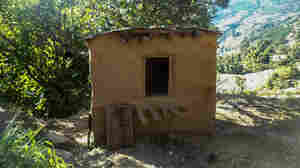 Dambara Upadhyay died alone inside this shelter. She was following the practice of menstrual exclusion that is common in parts of western Nepal: sleeping outside the home during menstruation. Courtesy of Shiva Raj Dhungana hide caption

November 28, 2016 • She was 26. Her relatives found her body in the morning. The prime minister of Nepal called the district to find out what happened. 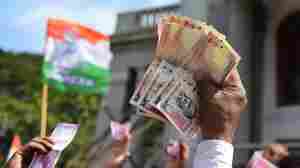 November 28, 2016 • They're opposed to a government decision to void the country's largest-denomination bank notes. The government says the move is designed to combat corruption and target the black market. 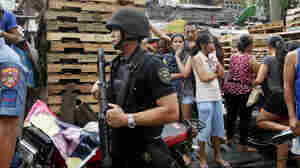 A police SWAT team member stands guard while residents watch the body of a person killed in an alleged police anti-drug operation in Manila on Nov. 10. Bullit Marquez/AP hide caption

November 28, 2016 • Since the war on drugs began, some 5,000 people have been killed, 2,000 by police and 3,000 in extrajudicial killings. Reporter Michael Sullivan has been following the war in one Manila neighborhood. 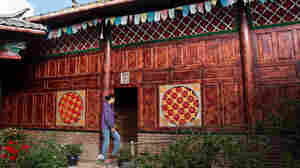 November 26, 2016 • Women call the shots among the Mosuo people of southwest China. However, things are changing. Tourism has helped them escape poverty but also has eroded traditional family structures. 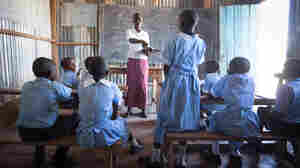 Child marriage is not always mentioned in textbooks of countries where it remains a fact of life, like Kenya (above). Hugh Sitton/Getty Images hide caption

Should Child Marriage Be Talked About In The Classroom?

November 26, 2016 • When the issue is absent from textbooks, says one researcher, it's also absent from classroom discussion.

Japanese District Tries Get Older Drivers Off The Road

November 25, 2016 • People 75 years and older can make a trade. If they give up driving, they get discounts on taxi fares or to a restaurant chain known for ramen soup or discounts on public baths.

Japanese District Tries Get Older Drivers Off The Road 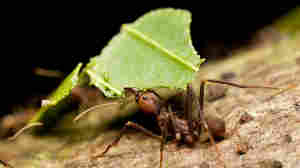 November 25, 2016 • Ants in Fiji farm plants and fertilize them with their poop. And they've been doing this for 3 million years, much longer than humans, who began experimenting with farming about 12,000 years ago. 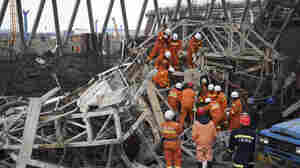 In this photo released by Xinhua News Agency, rescue workers look for survivors after a work platform collapsed at a power plant in eastern China's Jiangxi Province on Thursday. AP hide caption

Dozens Killed In Scaffolding Collapse At Construction Site In China

November 24, 2016 • At least 74 workers were killed when the platform at a power plant collapsed in the eastern Jiangxi province.

November 24, 2016 • Donald Trump has business interests around the globe. There's talk about whether foreign powers will distinguish between President Trump and businessman Trump. We examine the case of China.

November 23, 2016 • India recently decided to make its 500 and 1,000 rupee notes worthless overnight creating a major fallout for citizens. It's wedding season, when many families hoard cash. One man's family had to deal with exchanging a huge amount of defunct rupees.

India May Be Overtaking China As Most Polluted Country

November 23, 2016 • Pollution levels in New Delhi hit record highs this month. The World Health Organization says India's capital isn't the only city with toxic air. Ten of the world's most polluted cities are in India.

India May Be Overtaking China As Most Polluted Country

After 27 Hours, Our Train Ride Through Pakistan Ends In Karachi

November 23, 2016 • Over the nearly thousand mile journey down the middle of Pakistan, we've been meeting NPR's Philip Reeves' fellow travelers, and learning about their hopes and fears at this stage in history.

After 27 Hours, Our Train Ride Through Pakistan Ends In Karachi 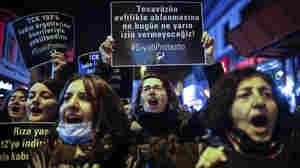 Turkish women protest against a government proposal on Tuesday in Istanbul, Tuesday, Nov. 22, 2016. The sign in the middle reads: "We will not allow legalized rape with marriage!" Emrah Gurel/AP hide caption

November 22, 2016 • The controversial measure would have allowed some child sexual abusers to escape prison time if they married their victims. It was sharply criticized by opposition parties and human rights groups.

November 22, 2016 • President-elect Donald Trump's abandonment of the massive Trans-Pacific Partnership trade deal opens the way for China to strike its own deals across Asia.