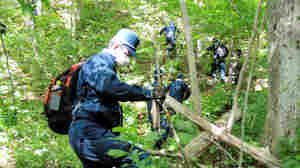 Police officers search for a 7-year-old boy in the mountains of Hokkaido, where he went missing after his parents said they left him alone temporarily as a punishment. The Asahi Shimbun via Getty Images hide caption

May 31, 2016 • A boy has been missing in bear-inhabited woods in Hokkaido, Japan, since Saturday. His parents first said he disappeared as they were foraging, but later admitted leaving him alone intentionally.

May 30, 2016 • Reports of brutal rape in India and Brazil have touched off national conversations in those countries about violence against women.

Protests, Suspicion In Vietnam Over Government's Response To Fish Kill

May 30, 2016 • While visiting Vietnam last week, President Obama urged the government to ease its crackdown on dissent. But police have used force to break up recent environmental protests.

Protests, Suspicion In Vietnam Over Government's Response To Fish Kill 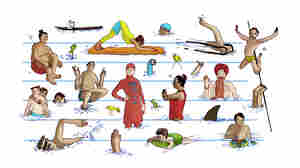 Why I Miss The Pools (And Pool Rules) Of America 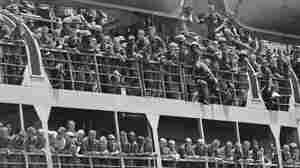 May 28, 2016 • In response to China's moves in the South China Sea, the U.S. has tightened security ties and boosted its military presence in the region. Now Vietnam can host regular visits by U.S. military units.

May 28, 2016 • President Obama is the first sitting U.S. president to visit the city since American warplanes bombed it in WWII. The president did not apologize, but some Japanese still found solace in his remarks. 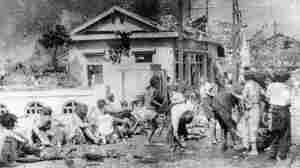 Survivors of the first atomic bomb ever used in warfare are seen as they await emergency medical treatment in Hiroshima, Japan, in 1945. AP hide caption

May 28, 2016 • NPR's Scott Simon remembers the work of John Hersey, who visited with people who lived through the bombing of Hiroshima. His reporting filled an entire issue of the New Yorker magazine in 1946.

May 27, 2016 • In a speech at the Hiroshima Peace Memorial in Japan on Friday, President Obama said the world had "a shared responsibility to look directly into the eye of history," and pursue a world without nuclear weapons. Across the U.S., Americans reacted to the president's speech.

May 27, 2016 • Once upon a time, democracy in Thailand was the envy of its Southeast Asian neighbors. But since a coup in 2014, critics say the regime is digging in with a new constitution that will guarantee the military a permanent role in Thai politics.

May 27, 2016 • NPR looks at the significance of President Obama's visit to Hiroshima at the conclusion of his last trip to Japan as president. It was the first visit by a sitting U.S. president since an American warplane bombed the city during World War II.

May 27, 2016 • Cybersecurity researchers are linking a recent spate of attacks against Asian banks to North Korea. The digital security firm Symantec says the recent breaches in Asia have identical lines of malicious software deployed in the high profile attack against Sony Pictures in 2014. The FBI has tied North Korea to the Sony attack. 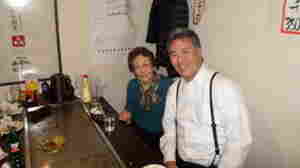 Kikue Takagi, left, narrowly survived the Hiroshima atomic bombing as a schoolgirl. She's now 83. Her second cousin is U.S. Rep. Mark Takano, a Democrat from southern California. His grandparents and parents were all placed in U.S. internment camps in World War II. In this photo from last year, they are at a restaurant in Hiroshima, where he visited her. Courtesy of Mark Takano hide caption

A Survivor's Tale: How Hiroshima Shaped A Japanese-American Family

May 27, 2016 • Kikue Takagi narrowly survived the atomic bomb that killed her classmates. Soon after she moved to California, where she worked for many years at Disneyland. Now in her 80s, she's back in Hiroshima.

May 27, 2016 • Morning Edition talks to NPR's Scott Horsley and Elise Hu, Sheila Smith of the Council on Foreign Relations, Rep. Mark Takano of California and Kikue Takagi who survived the attack on Hiroshima.

May 27, 2016 • In Hiroshima, Obama plans to update his vision for ridding the world of nuclear weapons. Nuclear doves say they're underwhelmed with Obama's record on reducing the size of the U.S. nuclear stockpile.

A First By A Sitting U.S. President: Obama Goes to Hiroshima

May 27, 2016 • Hiroshima was destroyed in the first atomic bomb attack. Morning Edition talks to NPR's Scott Horsley and Elise Hu and Sheila Smith, expert in Japanese politics with the Council on Foreign Relations.

A First By A Sitting U.S. President: Obama Goes to Hiroshima