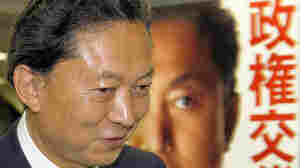 Yukio Hatoyama, leader of the Democratic Party of Japan, exits a conference room at party headquarters in Tokyo, Aug. 31, 2009. After its landslide election win, the DPJ has begun talks on forming a new government and faces the daunting challenge of reviving the country's struggling economy. Toshifumi Kitamura/AFP/Getty Images hide caption

August 31, 2009 • Japan's likely next prime minister, Yukio Hatoyama, is in talks Monday to form a new government a day after his party's historic upset of the long-ruling Liberal Democratic Party. Hatoyama's center-left Democratic Party of Japan trounced the LDP, winning 308 of the 480 parliamentary seats up for grabs.

August 31, 2009 • In Pakistan's northwestern frontier, two men recently battled for the hearts and minds of people in Swat Valley. That's where the Pakistani government is trying to push back Islamist militants. One man is a leader of the Taliban, who is believed to be in hiding now. The other works for the publicity arm of Pakistan's military.

August 31, 2009 • The number of refugees crossing into China to escape fighting in Myanmar has slowed. Some 30,000 refugees fled to China while government forces in Myanmar fought rebel militias.

August 30, 2009 • Voters in Japan threw out the ruling Liberal Democratic Party for only the second time since the conservative party was formed, shortly after World War II. NPR's Louisa Lim talks to Guy Raz.

August 30, 2009 • Japanese voters ousted the party that's ruled the country for most of the past half-century. The party that's taking power is signaling that it wants changes in its military and economic relations with the U.S.

August 30, 2009 • After more than a half-century in power, Japan's ruling party has been ousted by the voters. Japanese media is reporting that the opposition Democratic party of Japan has scored a landslide victory will take control from the LDP — the party that has been ruling almost uninterrupted for the past 53 years. Host Liane Hansen talks to NPR's Louisa Lim about the latest reaction.

August 30, 2009 • Ten days ago, the only man convicted for the My Lai massacre publicly expressed remorse for what happened there in March 1968. The publicity-shy William Calley told a Kiwanis club lunch there was "not a day that goes by that I do not feel remorse for what happened. I am very sorry." After his apology, Voice of America expressed interest in having Calley apologize on the air in Vietnam, but few seem interested in hearing it.

August 29, 2009 • It's the last day of campaigning in Japan's elections, which the ruling Liberal Democratic Party looks set to lose by a landslide. The LDP has ruled almost uninterrupted since 1955, yet finally their vote-gaining machine has broken down.

August 28, 2009 • Vietnam has some of the most progressive anti-discrimination laws in the world when it comes to people with HIV. So when 15 HIV-positive children from an orphanage in Saigon finally got permission to go to first day of school last week, they hoped for the best. It didn't happen. 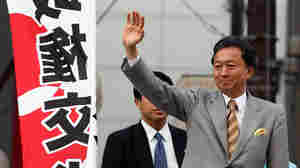 Yukio Hatoyama, leader of the opposition Democratic Party of Japan, speaks at a campaign rally Tuesday at Tokyo's Akabane Station. A landslide victory is predicted for the DPJ, which would end the Liberal Democratic Party's historic run in power. Junko Kimura/Getty Images hide caption

August 28, 2009 • Japanese voters go to the polls Sunday in a landmark election that looks set to end more than 50 years of almost uninterrupted rule by the Liberal Democratic Party. One newspaper survey says the opposition Democratic Party of Japan — which has run an Obama-inspired campaign for change — could win a two-thirds majority. 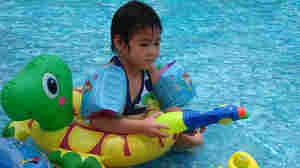 August 24, 2009 • The CDC now requires that internationally adopted children with TB be treated in their home countries. For 4-year-old Harper that meant two weeks in a Beijing hotel with her new parents, instead of a flight to her new home in Virginia.

August 24, 2009 • There is no doubt Myanmar has a nuclear program. It sent scientists, technicians and army officers to Russia for training in recent years. And Moscow has agreed to supply Myanmar, formerly Burma, with a small nuclear reactor for civilian use. The question is, do the Burmese generals want a nuclear weapon, too?

August 23, 2009 • Tens of thousands of mourners filled the lawn outside parliament for the state funeral Sunday of ex-President Kim Dae-jung, a longtime defender of democracy and advocate of reconciliation who won the Nobel Peace Prize for his efforts to reach out to communist North Korea. 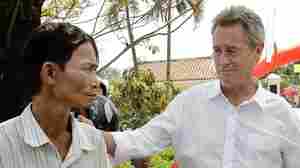 August 23, 2009 • William Calley remained silent for 40 years about his role in the My Lai massacre, one of the worst atrocities in the history of American warfare. His apology last week may not be too late, says Lawrence Colburn, an American soldier honored for trying to stop the tragedy.