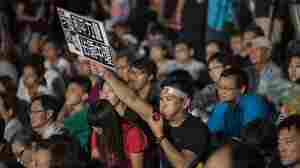 Protesters attend a rally organized by the Occupy Central with Love and Peace movement outside the Chief Executive office in Hong Kong, China, on Sunday. Jerome Favre/EPA/Landov hide caption

August 31, 2014 • People in the former British colony are angered that a vote for the territory's next chief executive will be from a list of candidates hand-pickled by Beijing. 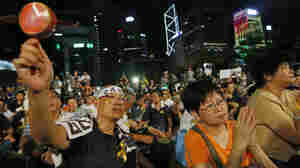 Protesters attend a rally in Hong Kong on Sunday after China's National People's Congress denied open elections for the next chief executive. Many in Hong Kong feel their freedoms are eroding under mainland political pressure. Vincent Yu/AP hide caption

August 31, 2014 • China's legislature is limiting reforms in Hong Kong, drawing battle lines in what opposition groups warned would be clashing visions of the political future of the region and of China. 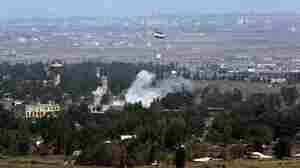 Smoke rises near a Syrian flag hoisted up a flagpole as a result of the fighting between Syrian rebels and the Syrian Army over the control of Quneitra crossing, on Saturday. The area is where dozens of U.N. peacekeepers had been under siege by Nusra Front fighters. Atef Safadi/EPA/Landov hide caption

U.N. Peacekeepers Rescued After Being Trapped By Syrian Militants

August 30, 2014 • Dozens of blue-helmeted Filipino soldiers were extracted after a firefight with militants on the Syrian side of the Golan Heights.

August 29, 2014 • The 10-year-old watching cartoons reportedly became annoyed at the construction racket outside his window, so he took a knife and sliced through the worker's rappelling apparatus. 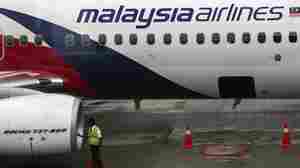 A Malaysia Airlines crew member inspects an airplane at Kuala Lumpur International Airport on Thursday. The carrier announced it was laying off a third of its workforce amid steep financial losses. Azhar Rahim/EPA/Landov hide caption

August 29, 2014 • The disappearance of MH370 and the shooting down of MH17 in recent months have compounded the hit to the carrier's already shaky bottom line. 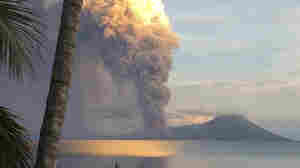 Smoke billows from Mount Tavurvur after an eruption in Kokopo, east New Britain, Papua New Guinea, on Friday. The eruption has caused some nearby residents to be evacuated and some flights to be rerouted. Jason Tassell/AP hide caption

August 29, 2014 • Two eruptions a half a world apart have caused evacuations and aviation warnings, but so far no injuries. 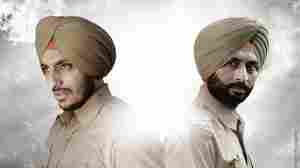 Kuam De Heere, or Diamonds of the Community, depicts the assassination of Indira Gandhi and focuses on the personal lives of her killers. Critics say it glorifies them. The film has been screened in the U.S., the U.K. and Australia, but its release has been blocked in India. Kaum de Heere hide caption

August 28, 2014 • The 1984 assassination of Prime Minister Indira Gandhi was followed by a wave of sectarian killings. The government has now stepped in to stop the release of a film about the traumatic episode. 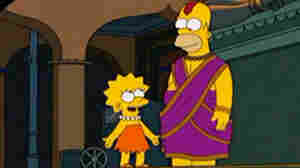 Homer thinks he is a god in the episode of The Simpsons set in Bangalore. via metatube hide caption

August 28, 2014 • The Simpsons goes to Bangalore at 4 a.m. ET Friday, as part of the marathon on FXX. Clearly, the writers did not visit this high-tech-loving Indian city. 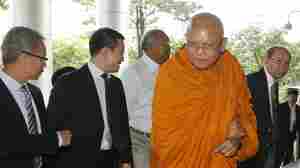 Suthep Thaugsuban, a former deputy prime minister who ordered a bloody crackdown on protesters in 2010 and later encouraged a coup against the elected government, arrives at court on Thursday. In recent weeks, Suthep has become a Buddhist monk. Narong Sangnak/EPA/Landov hide caption

August 28, 2014 • Ex-Prime Minister Abhisit Vejjajiva and his deputy, Suthep Thaugsuban, were charged in connection with a bloody 2010 crackdown on protesters. 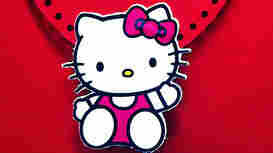 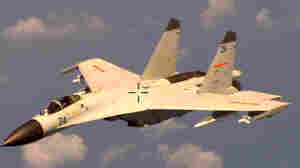 This handout photo provided by the Office of the Defense Secretary (OSD), taken Aug. 19, 2014, shows a Chinese fighter jet that the White House said Friday conducted a "dangerous intercept" of a U.S. Navy surveillance and reconnaissance aircraft. Uncredited/AP hide caption

August 28, 2014 • Beijing rejected U.S. claims that one of its warplanes made a reckless intercept of a U.S. Navy P-8 and said if Washington wants good relations with China, it should end "close surveillance" flights. 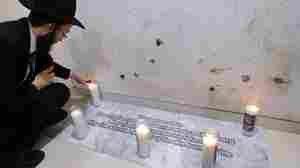 Rabbi Israel Kozlovsky, the new director of Nariman House in Mumbai, lights a candle Tuesday at the spot where his predecessor, Rabbi Gavriel Holtzberg, was killed during a 2008 attack. Indranil Mukherjee/AFP/Getty Images hide caption

August 26, 2014 • The attack killed more than 160 people across the city, including six at the Chabad center. Rabbis from across Asia attended the reopening of the Nariman House in historic south Mumbai. 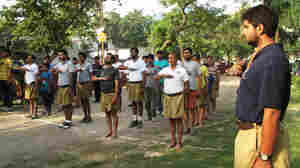 August 26, 2014 • The rise of Prime Minister Narendra Modi has raised the spirits of Hindu nationalists. But it also appears to be increasing tensions between Hindus and the Muslim minority. 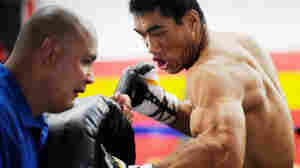 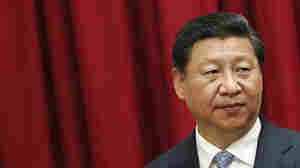 China's President Xi Jinping has launched a number of crackdowns since coming to power, like suppressing Internet speech. But his anti-corruption drive has made him widely popular among ordinary Chinese. Jorge Silva/Reuters/Landov hide caption

August 25, 2014 • President Xi Jinping has suppressed Internet speech, imposed greater censorship and jailed critics. But his battle against corruption has made him broadly popular among ordinary Chinese.