August 31, 2018 • The U.N. Committee on the Elimination of Racial Discrimination says it is alarmed by reports of detentions, mass surveillance, and "frequent baseless police stops." 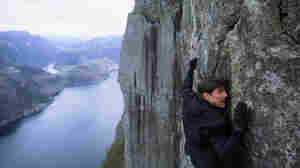 'Mission Impossible' Fails At The Mission To Depict A Medical Camp

August 31, 2018 • A health worker who spent time in Pakistan talks about the medical content of the blockbuster film. 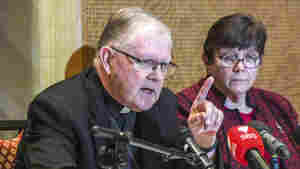 August 31, 2018 • The Australian Catholic Bishops Conference and the top body for religious orders in the country formally rejected the recommendation contained in a landmark government report issued late last year. 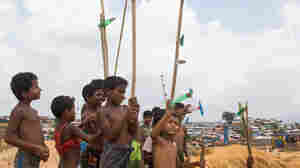 In the Balukhali refugee camp, boys between the ages of seven and 11 play with forfori, homemade toy airplanes. Jason Beaubien/NPR hide caption

August 30, 2018 • Hundreds of thousands of refugees languish in the camps. UNICEF estimates that more than half the refugees are children. Some aid groups have warned that these children could become a lost generation. 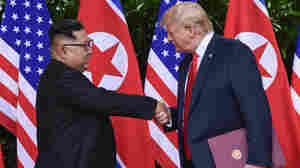 North Korea leader Kim Jong Un and President Trump shake hands at the conclusion of their meetings at the Capella resort on Sentosa Island, in Singapore, on June 12. Susan Walsh/AP hide caption

August 30, 2018 • In a series of tweets on Wednesday, the president implied that Beijing was pressuring Pyongyang due to the ongoing trade disputes between China and the United States.

August 30, 2018 • South Korea is in a bit of a quandary. It's been making nice with the North since President Moon came to power. President Trump's dual track diplomacy has suited that policy well, until last week. 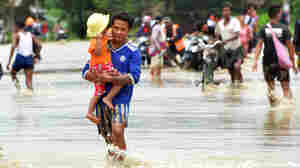 Crowds of people have fled after a dam failed in the Bago region of central Myanmar. Thet Aung/AFP/Getty Images hide caption

August 29, 2018 • Floodwaters are washing over residential areas in central Myanmar, driving whole villages of people from their homes. Authorities are conducting search and rescue operations for trapped people. 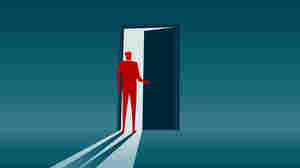 For $450, This Japanese Company Will Quit Your Job For You

August 28, 2018 • Workers in Japan who want to leave their jobs — but don't want to face the stress of quitting in person — are turning to a company called Exit. 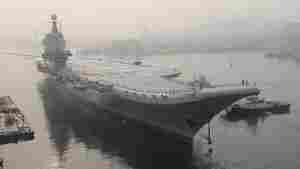 China's first domestically manufactured aircraft carrier, known only as "Type 001A", leaves port in the northeast city of Dalian in May. The vessel has reportedly begun sea trials ahead of its commissioning, expected next year. AFP/Getty Images hide caption

August 28, 2018 • The vessel, China's second aircraft carrier and the first to be domestically produced, is expected to spend up to a year in sea trials before being handed over to the Chinese navy for commissioning. 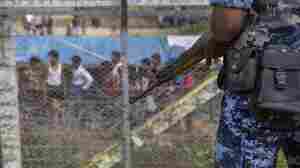 Myanmar border guard police patrol the fence in the "no man's land" zone between Myanmar and Bangladesh, as seen from Maungdaw, Rakhine state, during a government-organized visit for journalists on Aug. 24. A new U.N. report finds that Myanmar's military and other groups, including the border police, committed atrocities. The report urges the prosecution of military leaders for genocide. Phyo Hein Kyaw/AFP/Getty Images hide caption

Myanmar's Military Leaders Should Be Prosecuted For Genocide, Probe Says

August 27, 2018 • David Greene talks to Jamey Keaten, of The Associated Press, about investigators working for the U.N. recommending top military leaders in Myanmar be prosecuted for genocide against Rohingya Muslims.

Myanmar's Military Leaders Should Be Prosecuted For Genocide, Probe Says 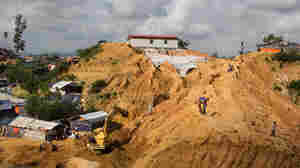 August 25, 2018 • This week marks a year since hundreds of thousands of Rohingya fled attacks in Myanmar. As refugees, they now live in huge camps in Bangladesh, with difficult conditions made worse by monsoon rains.

August 24, 2018 • President Trump canceled Secretary of State Mike Pompeo's upcoming trip to North Korea, tweeting that "we are not making sufficient progress with respect to the denuclearization of the Korean Peninsula."

August 24, 2018 • Families from South and North Korea met in North Korea this week for family reunions after a three year hiatus.