Accessibility links
Ashley Charter's Bio : The Baby Project Ashley and her husband, Jesse, are expecting their first child this summer. 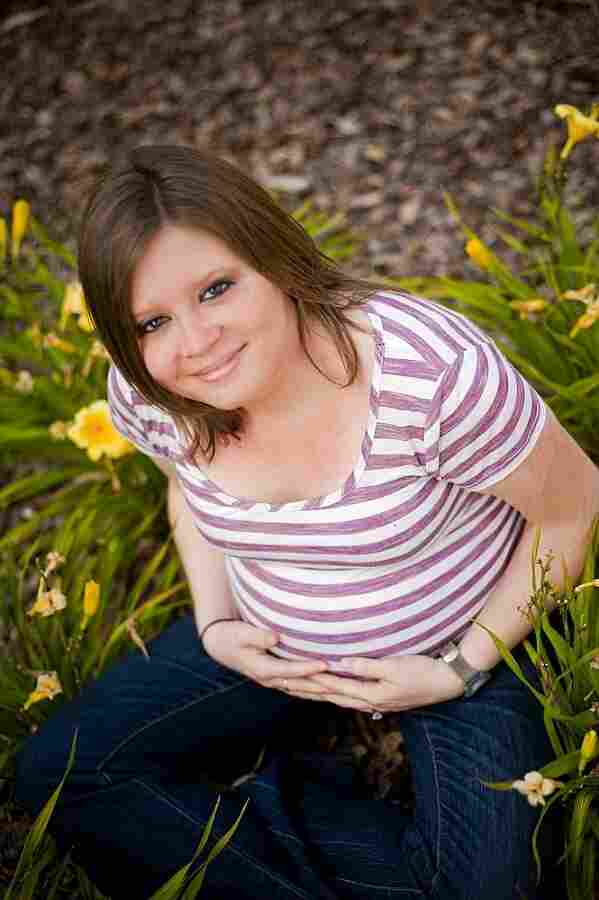 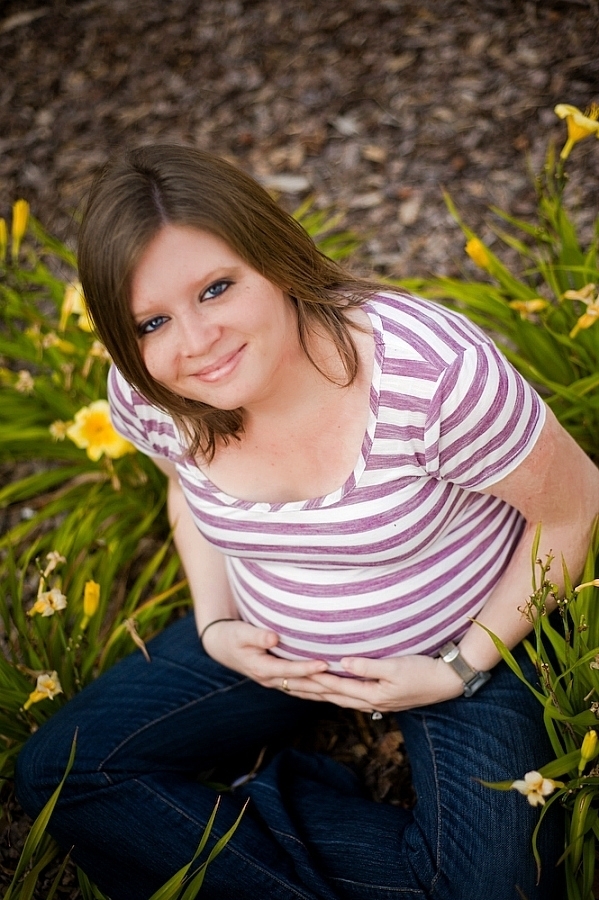 I am Ashley. I'm 21 years old. My husband, Jesse, who is 23, is in the Army and was deployed to Iraq earlier this month. We are stationed at Fort Bragg, and live in Lillington, N.C. I am a full-time student finishing my bachelor's degree.

Jesse and I were married in February 2009. We both really wanted children, so we decided we would start trying in June because that's when I had my yearly checkup. I remember talking with the doctor about our decision like it was yesterday. She told me to come back in a year if we had not become pregnant. She said: "But you're both young, so you shouldn't have any trouble."

I just knew that we would be pregnant soon. Like the doctor said, I was young — 19 at the time — and most pregnancies at that age are accidents. But July came and went, and nothing. Now that I look back on it, I feel like an idiot for being so upset. In August, I took a pregnancy test and it was positive. We were so excited. 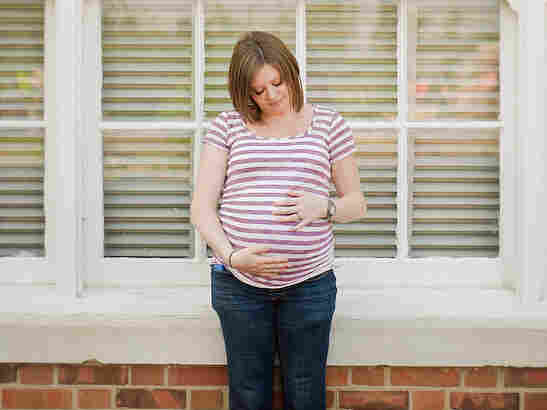 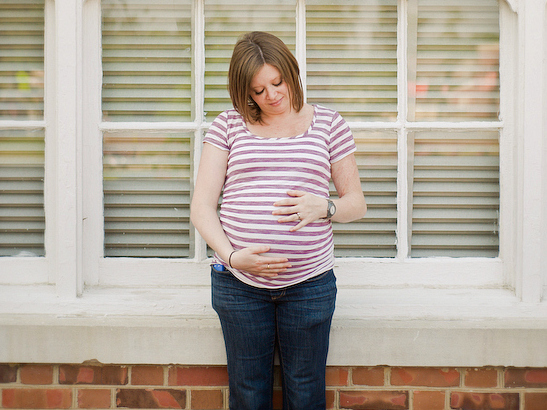 I was your typical young pregnant girl. The first thing I did was post it all over Facebook, and every day I posted a status update about the pregnancy. But on Oct. 7, 2009, my world crashed. After a long, stressful day, I went to the ER, where I was told I had a miscarriage. I was in shock; 19-year-olds don't have miscarriages — at least that's what I thought. As soon as we were told that we could try again, we did, and we became pregnant again in December. But yet again, in January, I had another miscarriage. That was followed by a third miscarriage in February. 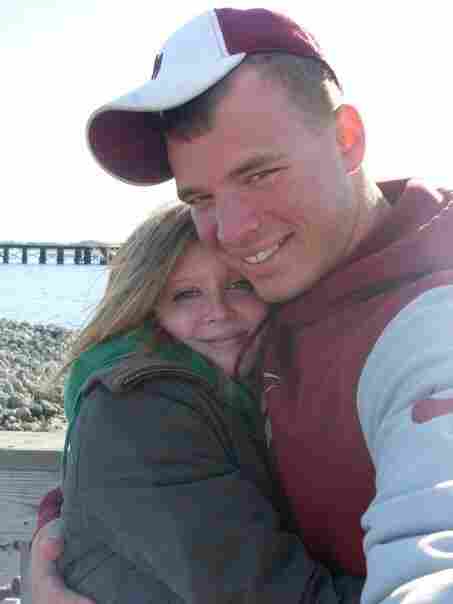 Ashley with her husband Jesse in the winter of 2008 when they got engaged. Courtesy of Ashley Charter hide caption

After being diagnosed with unexplained infertility in April and seeing a reproductive endocrinologist for eight months, we were very excited, shocked and scared to learn we were expecting again. This pregnancy has been a very emotional one. Along with the fear of losing the baby, Jesse left for Iraq the month before our son is due to arrive — July 29. Luckily, we are stationed close to my family, so I have support nearby.