Accessibility links
How My Fears Around Pregnancy Evolved As I Got Older : The Baby Project Lateefah Torrence tells about how she used to fear becoming an unwed and undereducated young black woman politicians loved to berate. But when she met her husband and they started to try getting pregnant, her fears changed.

How My Fears Around Pregnancy Evolved As I Got Older

How My Fears Around Pregnancy Evolved As I Got Older 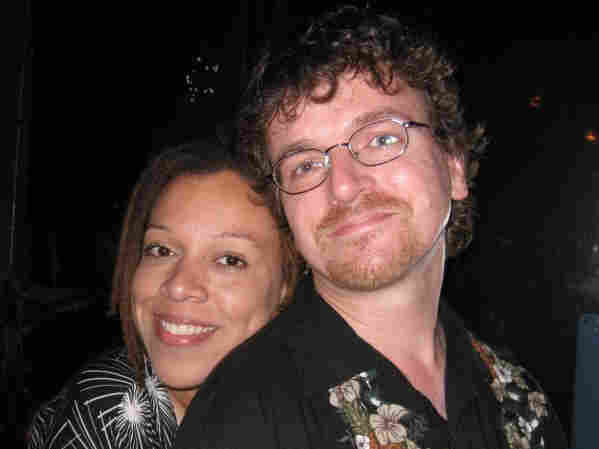 Lateefah says she spent her 30s finding her occupational footing in New York City while occasionally looking for a life partner. She found her now husband Frank. Courtesy of Lateefah Torrence hide caption 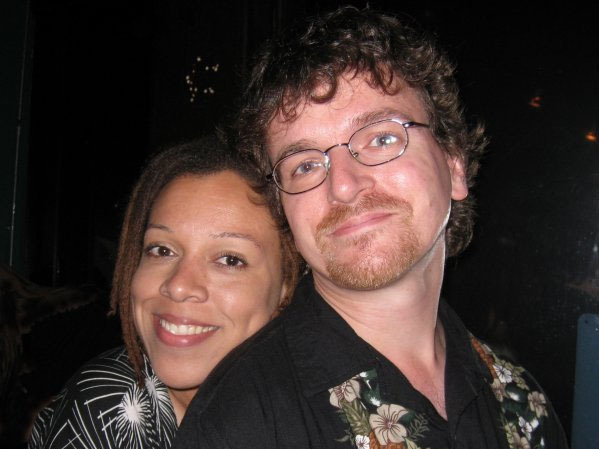 Lateefah says she spent her 30s finding her occupational footing in New York City while occasionally looking for a life partner. She found her now husband Frank.

As I saw the second pink line developing on the pregnancy test strip, I began to sob. Not with tears of joy, but with an overwhelming fear. Would this pregnancy stick?

Trying to get pregnant made me feel swindled. Since my first period, I had felt like my uterus was constantly on the verge of falling pregnant. Yes, I went through comprehensive sex ed in school, but I was also repeatedly told stories of the highly fertile and fecund women in my family who would lie down next to a man and wake up pregnant. My very existence outweighed science.

Through my chaste teenage years, pregnancy was always a specter. Teen moms were vilified nearly as much as welfare queens. The fact that I didn't know a single adolescent parent in either my slightly tony private school or sleepy California suburb did not alleviate my fear of becoming one of those unwed and undereducated young black women politicians loved to berate.

In my 20s, I moved across the continent to Manhattan and tried to be liberated. Far from the constant reminders of dreams deferred due to unplanned pregnancy, I attempted to be a Cosmo Girl. Eventually, I told myself it was simply too much work to keep up with the latest bedroom innovations. The reality was that even with modern birth control, fear of pregnancy was my constant bedmate.

Like many Gen-X women, I spent my 30s finding my occupational footing while occasionally looking for a partner I would want to stick with for life. The career thing is still a bit up in the air, but I did manage to stumble across an amazing man to marry. Finally, the time came to put my familial fertility to use and like any slightly neurotic New Yorker, I visited my OB for a work-up. Cleared for a late-summer take off, she advised me to come back if I wasn't knocked up in six months. Frank and I went to work and in early spring, we were rewarded with a positive pregnancy test. A few weeks later, I had a miscarriage. 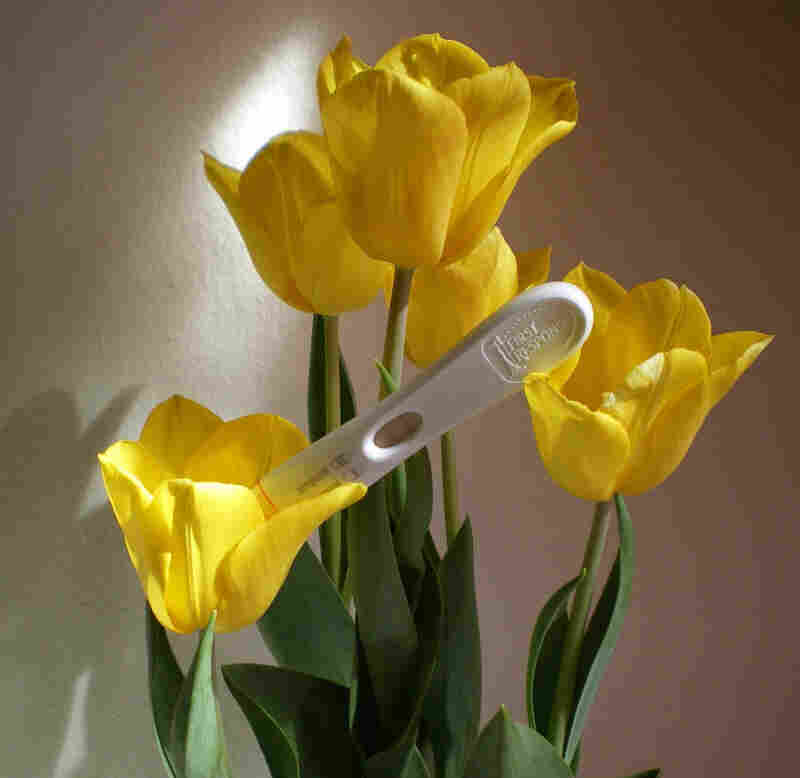 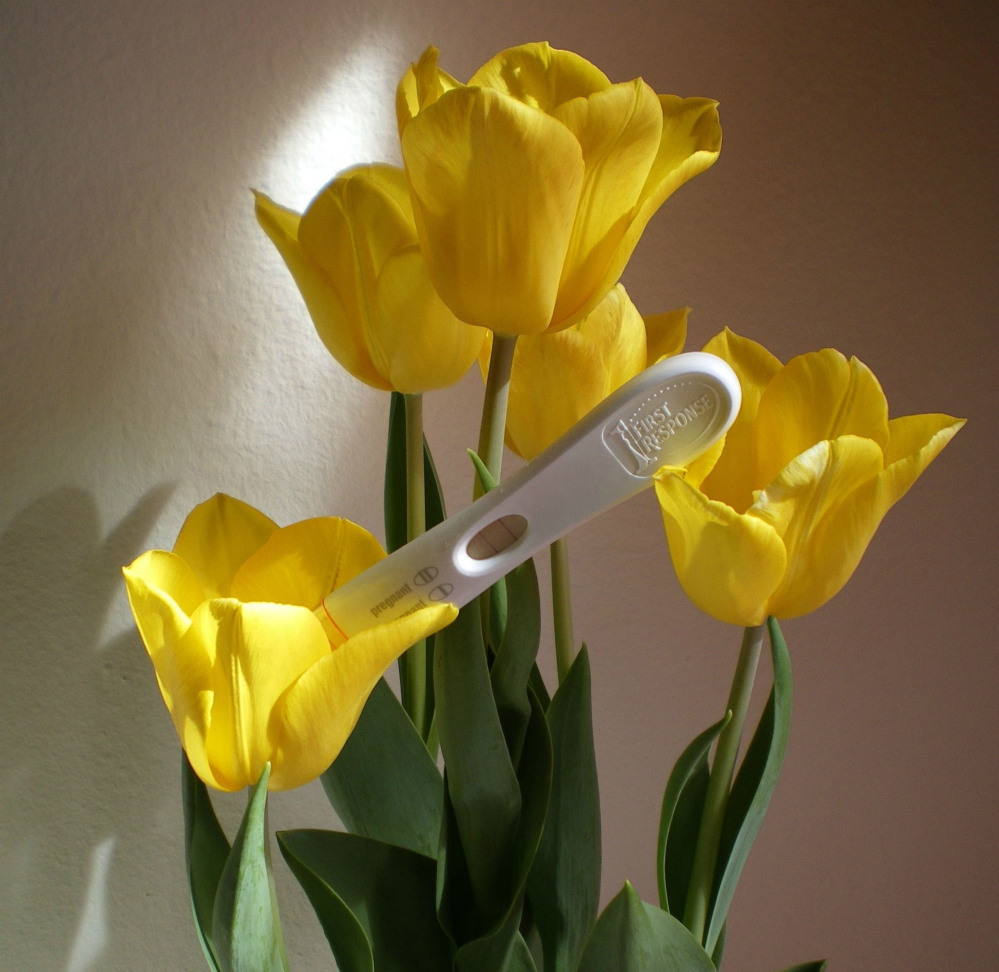 Lateefah's first pregnancy — shown by her positive test here — ended in a miscarriage.

In my mourning, a bitterness crept in. I had been lied to for decades. Not only was getting pregnant arduous, keeping a pregnancy was completely out of my control. Why hadn't anyone told me? I had heard so many stories of baby surprises, but not one woman had ever shared a story of loss with me — until I had to untell my own pregnancy news.

I didn't want to try again. I wanted my lost Christmas baby. As I told myself no other child would do, I also had to come to terms with my narrowing fertility window. Frank and I went to work again, but the carefree hope and expectations were gone. The pursuit of a baby was hurting my relationship with my husband and we decided to take a break from what had become a flashpoint between us.

Early on a fall morning, I woke up with a sharp pain in my back and I knew I was pregnant. On auto-pilot, I dipped the pregnancy test and watched it develop. When Frank woke up, I showed him the test and he held me as I cried. Nearly nine months later, I still can't believe this summer I get to be a parent.