Accessibility links
For A Family Under Stress, Another Difficult Diagnosis : The Baby Project Loriani Eckerle and her husband deal with a diagnosis of intrauterine growth restriction, in addition to the Mosaic Trisomy 16.

For A Family Under Stress, Another Difficult Diagnosis

For A Family Under Stress, Another Difficult Diagnosis 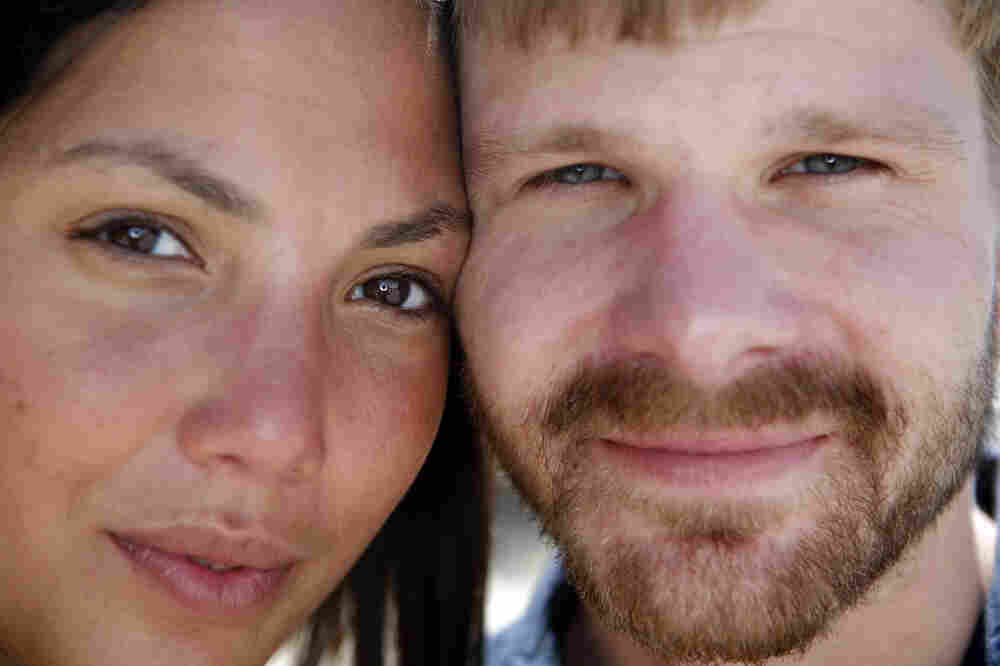 Loriani Eckerle and her husband, Matt, recently received a diagnosis of intrauterine growth restriction for their baby "Cupcake," in addition to the chromosomal disorder Mosaic Trisomy 16. Courtesty of Loriani Eckerle hide caption Loriani Eckerle and her husband, Matt, recently received a diagnosis of intrauterine growth restriction for their baby "Cupcake," in addition to the chromosomal disorder Mosaic Trisomy 16.

Editor's Note: Loriani wrote this post last week. Over the weekend, she delivered a baby girl, several weeks earlier than expected. She is waiting to be discharged from the hospital and will send an update soon.

I'm 34 weeks along, and I feel like an ax is slowly picking at me. Dramatic, I know, but I can't help it.

Today I woke up with bleeding gums and a new rash on my arm. Lovely, right? Not to mention that every time I find these things in the mirror, my eyes go automatically to the acne that has overtaken my body. I never really got zits during adolescence, so I guess someone decided it was my turn.

I think the fact that these things are being stacked on top of Cupcake's diagnosis is, of course, a large part of my soap opera-worthy reaction. I'd like to think I'm a strong woman and that this is not me. Matt is so great, but I can tell there is some resentment there (another trip to the drug store??).

So it is safe to say that I am not enjoying this. I think at some point I did, certainly during the first trimester and most of my second. But I've reached my limit.

The doctor has told me to take it easy, which is a good thing because most days I don't want to leave the house. I'm not on strict bed rest, but I've sort of self-prescribed it. By the way, did you all know Maury Povich is still on??? I've heard lots about postpartum depression but not so much on the antepartum side.

I do try to concentrate on the positive things, at least sometimes. I'm struggling as I type because my nails are so long, a totally new phenomenon for me. Coming up with a nursery idea and then actually executing it with my husband was (mostly) really fun. My baby shower was amazing, especially the guests and the cupcakes. But of course, to top it all off there is a baby in all of this, and when Cupcake moves, the world stops for a minute. Those are my favorite moments. 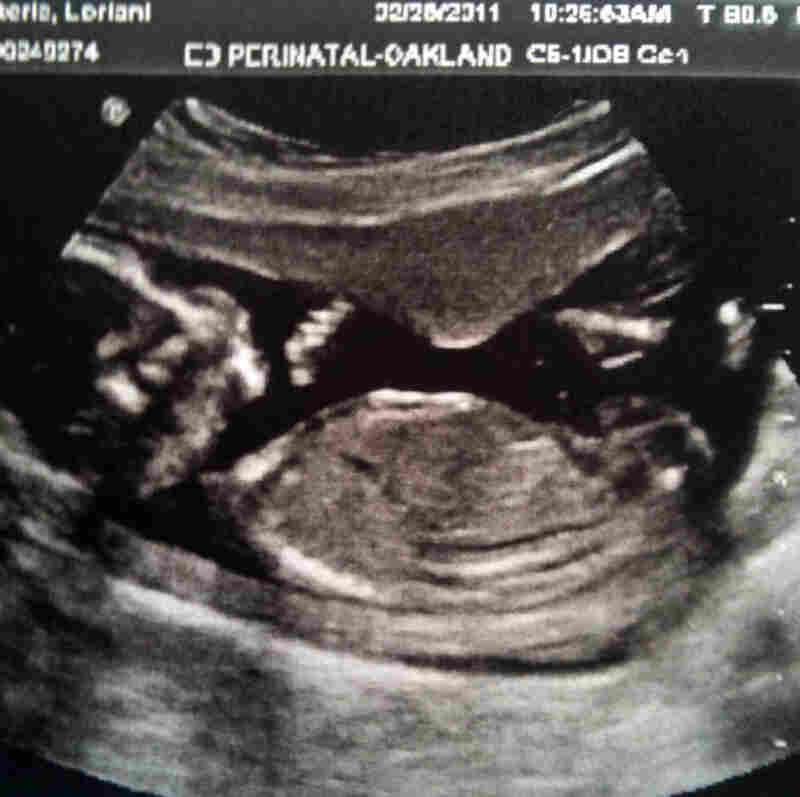 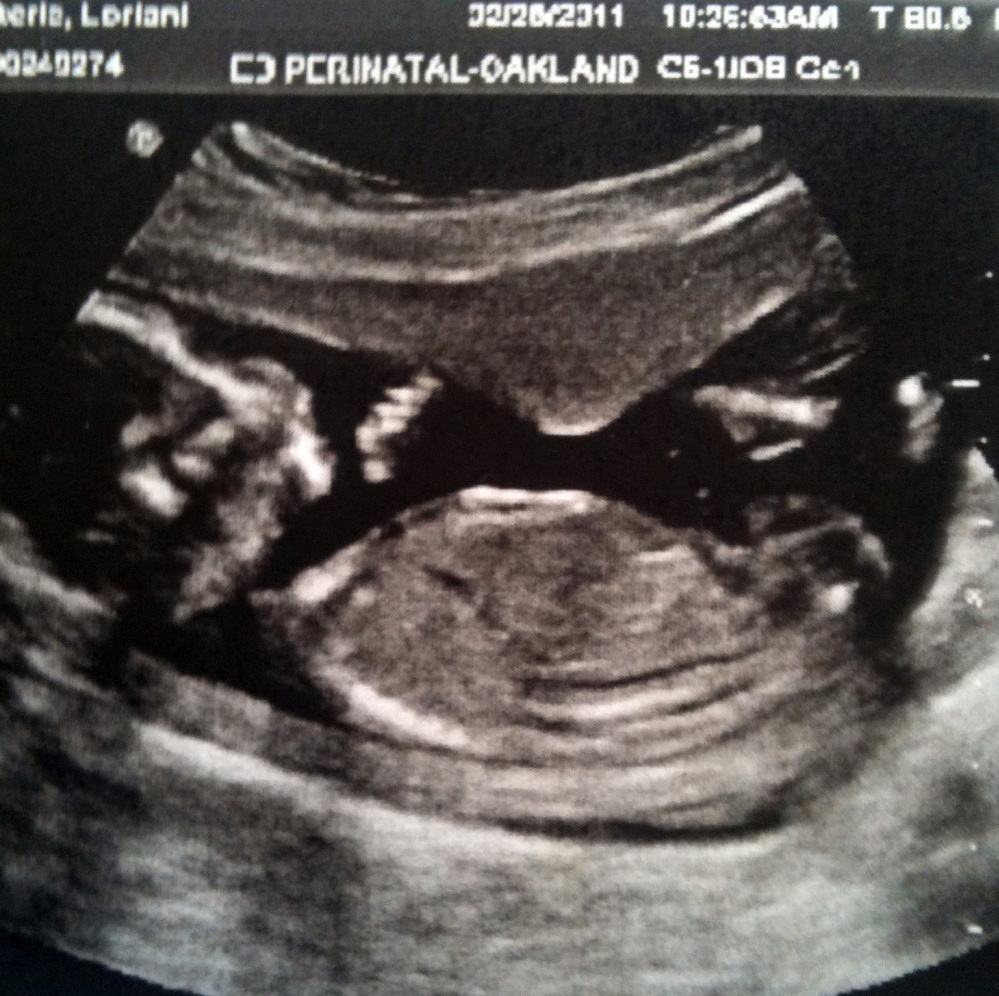 Earlier this month, we received not so great news. We knew the Mosaic Trisomy 16 put Cupcake at risk of intrauterine growth restriction (IUGR), but it was hard to hear nonetheless. IUGR is diagnosed whenever the baby is below the 10th percentile in size. At my last growth ultrasounds in May, Cupcake was still in the 37th percentile. But now he/she is below the 10th percentile at 3 lbs 10 oz. If any of the many tests I take on a biweekly basis show any other issues (low amniotic fluid, high resistive index and other things I hope you future moms never have to learn about) I will be induced. If all remains "well," I will be induced at 37 weeks, which is considered full term. That leaves us three weeks.

I know I should be happy we have made it this far, but I remain terrified. I keep wondering just how small he/she will be, and of course there is the issue of any further complications from the MT16 they may have missed on the ultrasounds. It's a comfort to know that many of the complications faced by MT16 babies are due to their prematurity such as vision issues and developmental delays. But the big question remains, where are those MT16 cells?? We remain cautiously optimistic they all ended up in the placenta, but no one really knows.

And so we move on, trying to deal with back pain and rashes while at the same time trying to be thankful we've made it this far and to not focus on the great scary unknown. It will be worth it in the end — that is my daily mantra. Here's to long nails, a cute tummy and a healthy Cupcake in my arms.