Accessibility links
Should We Pick A Name With Pizazz Or One That Won't Tempt The Bullies? : The Baby Project Lateefah Torrence and her husband Frank have different ideas of how they should name their child — and it boils down to class and race. So Lateefah is turning to the NPR audience — what should they name their multi-racial, urban, and probably geeky, kid of the future?

Should We Pick A Name With Pizazz Or One That Won't Tempt The Bullies?

Should We Pick A Name With Pizazz Or One That Won't Tempt The Bullies? 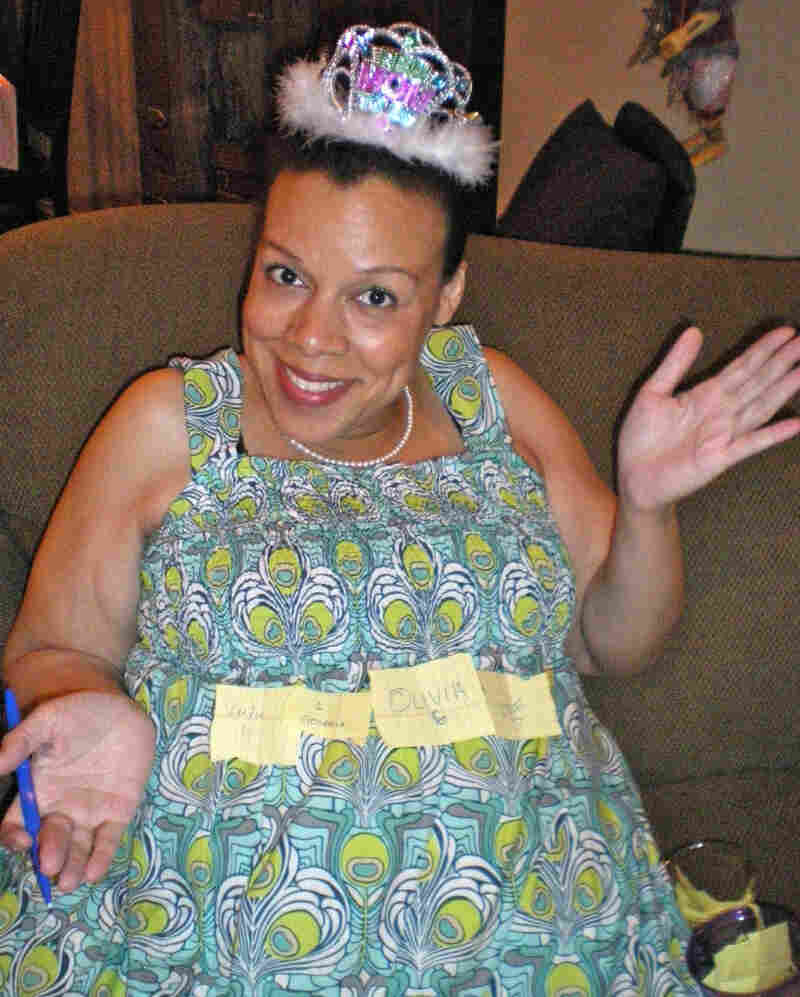 At Lateefah's baby shower, the guests put their favorite names on a slip of paper and then they voted on them. The top ones — like Olivia — were placed on her stomach. Courtesy of Lateefah Torrence hide caption 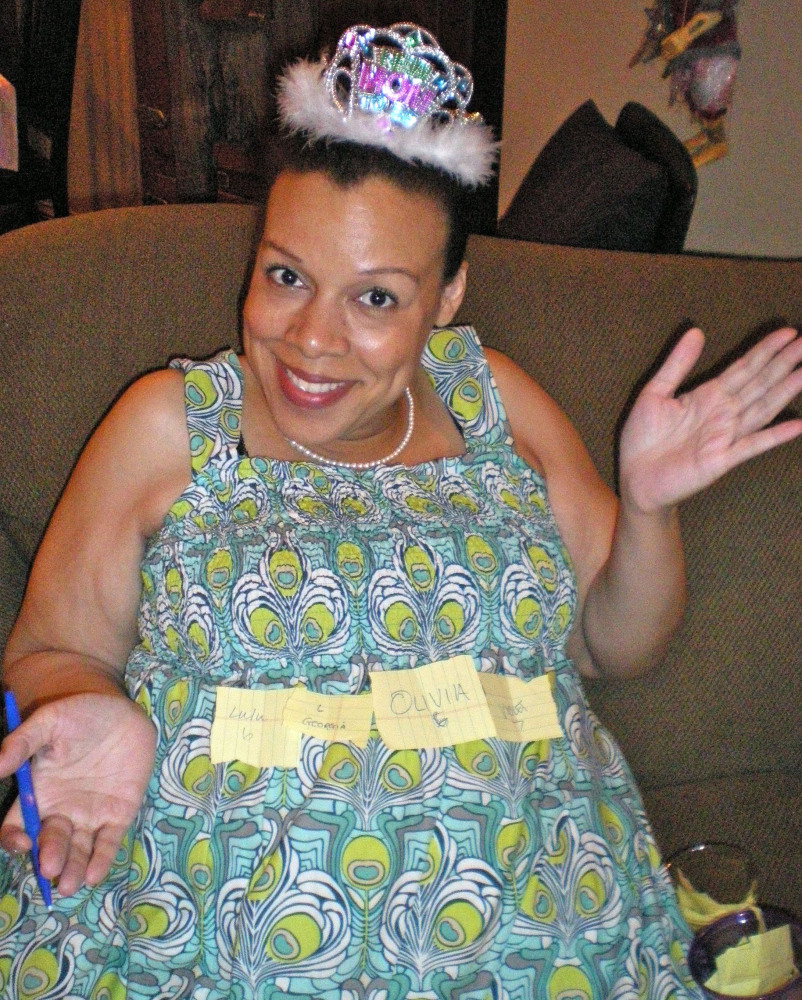 At Lateefah's baby shower, the guests put their favorite names on a slip of paper and then they voted on them. The top ones — like Olivia — were placed on her stomach.

My Pinkberry and Starbucks name is Lisa. It's the name I dreamed of having when I was in primary school. I detested being Lateefah. It was hard enough being one of only two or three black kids in all of my classes, being the one to represent "the race" during Black History Month or having a substitute teacher ask with scorn during roll call "What kind of name is THAT?"

Then came high school. While all of the Jennifers were trying to differentiate with hearts dotting their i's or by using two ee's instead of a y, I was already ahead of the game.

As my world expanded, my name became a bonus instead of a burden. I first began to get it while traveling with my teammates to a speech and debate event. We were staying in a small hotel and I had to call the front desk for something or other. The owner asked my name and when I said, "Lateefah" he asked if I was Persian like himself. I explained that I was not, but during my mom's pregnancy her pharmacist was and he suggested the name for a little girl and it fit in perfectly with my parents' Black Power philosophy, at the time.

That was the first of many conversations I have had about my Middle Eastern name with people I have met from the region. I see it as a bridge that has become even more dear to me since the attacks of Sept. 11, 2001.

As I have mentioned before, my husband's name is Frank. Not Franklin. Not Francis. Simply Frank. Just as I have grown into my name, he has grown into his. He is steady, reliable and open. And this is the problem. I want to give our kid a name with spunk, pizazz, a sense of history. Frank prefers a name that won't get the kid pushed into a dumpster. Luckily, we agree that we aren't fans of what those of us who are name snobs call Kr8tve spellings, but that's about it.

I should not have been surprised by this kink in our family-making as we have hit this roadblock before. In my opinion, our biggest hurdles in finding a name we can both agree on are the dirty little bugaboos of our relationship: class and race.

Having grown up in a working-class world, Frank is sensitive to names that he finds "pretentious" while as the outsider black kid, I worry about names that sound "too white." I must admit that I have mostly rolled my eyes at his unease with my never-ending list of suggestions from world mythology and literature. He suggests Molly; I counter with Aziza. He brings William to the table; I suggest Tiberius.

Who doesn't want to aim high for her children? Yet, I have slowly come to realize that Frank's experiences and concerns are as important as mine and Frank has delved whole-heartedly into baby name research in an attempt to meet me in the middle. Yet we still find ourselves nameless with only a few weeks to go.

I turn to the vast knowledge and experience of the NPR audience: What should we name our multi-racial, urban, and probably geeky, kid of the future?