Accessibility links
Medicaid Helps Uninsured Couple Pay For Pregnancy Care : The Baby Project Lucy and Aaron Peck were grateful to be approved for Medicaid to help pay for prenatal and post-natal care of their baby.

Last week, Lucy Peck wrote about being grateful for the Medicaid program that's providing insurance for her and her baby, during and after pregnancy. We asked her to talk more about the process and the program. 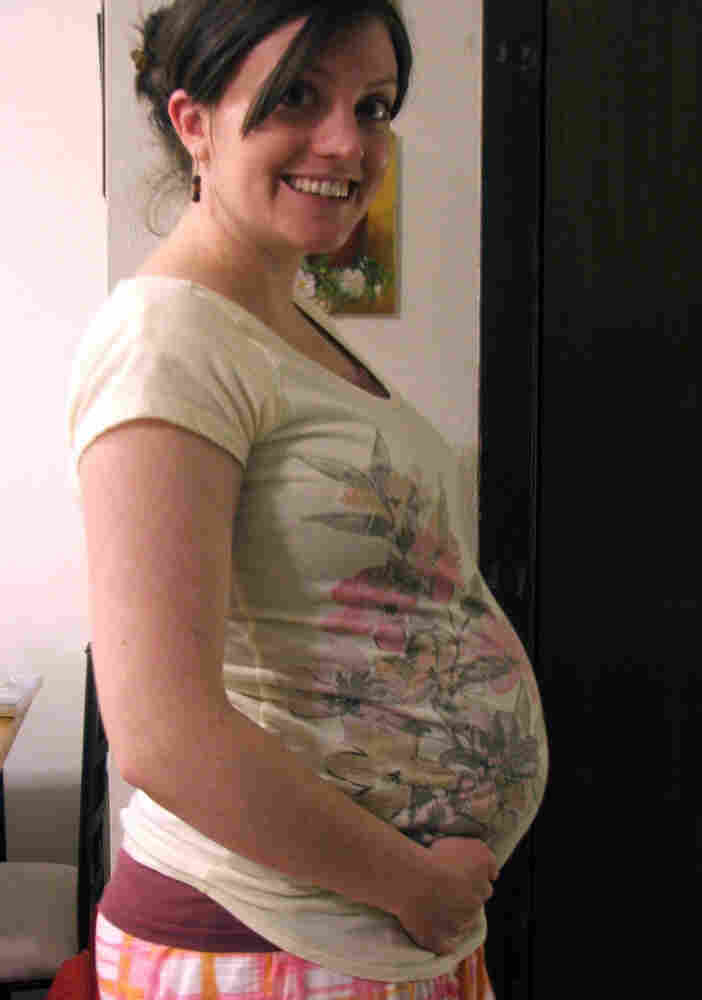 Lucy Peck is thankful to have qualified for Medicaid to help pay for the cost of having her baby. Courtesy of Luck Peck hide caption 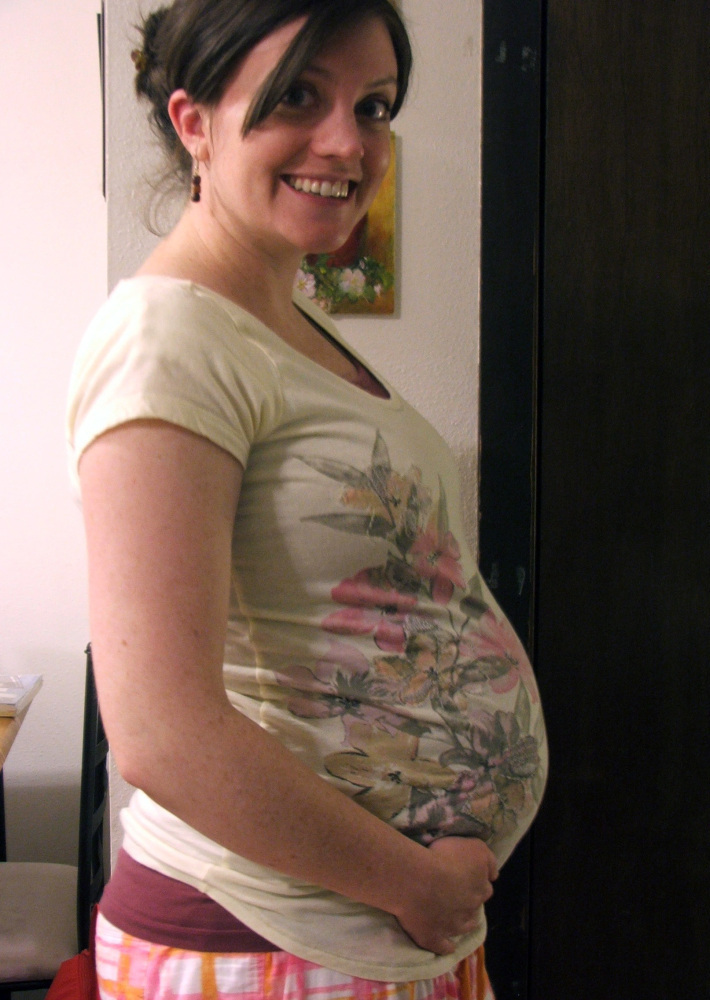 Lucy Peck is thankful to have qualified for Medicaid to help pay for the cost of having her baby.

We applied for Medicaid after we found out we were pregnant last December. Aaron had been laid off June of that year, and we didn't (and still don't) have insurance. We knew it was the only way we were going to afford the baby.

Getting into the Medicaid program wasn't the nightmare that so many people warned us about. We were told it could take up to 60 days, and we'd be calling the office every day and would be on hold for over an hour each time. I filled out an application online, and within a week received a letter outlining all the documents we would need to provide to complete it.

We had a few hiccups along the way, but each was solved with a phone call (I never waited more than 15 minutes to talk to someone) and a fax.

We started our application in mid-December and received our first Medicaid cards in the mail by the end of January. They are still arriving the last week of each month.

Through our application I was put on the Pregnant Woman plan, which covers me completely to the end of the month that the baby is born, and the baby for his first year of life. There are plans out there that require you to pay a portion of the cost as you go, but we qualified for the entire cost to be covered. My dental care is also covered during the time that I'm pregnant, as well as any mental health services I may need. It really shows you they want you to be healthy and have a healthy baby.

Lucy Peck, 27, of Logan, Utah, became a first-time mom on July 29, when she and her husband, Aaron, welcomed Dexter Aaron Peck into their lives.

At every doctor's appointment I hand over that month's card, say "thank you," and sit down. It is such a blessing, I am so grateful for it each time. Without it, we couldn't afford to start our family right now, or maybe even ever.

Our families know of our employment and financial situation, so they were curious as to how we were going to afford to have a baby. When we told them we were applying for Medicaid, I think they were a little unhappy. Medicaid is seen by a lot people as a sort of welfare program, and I think there's a belief that those who take advantage of it aren't doing much to help themselves. Also, there is the stigma of participating in a government program like that.

I think our families were unhappy that their children qualified for a government assistance program. But hey, you know what? Having babies is expensive these days. REALLY expensive. And I can't afford insurance every month, so I'll take what help I can get.

So far, all of our friends who have had children have had insurance. We are the first ones on Medicaid. And every time we tell someone else we qualified for the program, we get a high-five. I'm not ashamed to say that I'm taking advantage of a government program that is there for a reason. Truthfully, this is probably the only time in our lives that we will be able to afford to have children — because we can't afford it. Tricky how that works out, but it does.

When I applied for Medicaid, I was given a list of local doctors who worked in places that accept Medicaid. I did a little research on them and chose one. She is so awesome that strangers were recommending her to me. My doctor is located in a women's clinic attached to the women's center at our local hospital. Everything is in the same building, it's fabulous.

I want a hospital birth, but even if I didn't, there aren't any birth centers in my area, and I think there may not be any local midwives either. Bummer. But one of the nurses at the women's center is a certified doula, so there's that at least. I don't know if midwives and birthing centers accept Medicaid, I've heard of a few that do, but I think it can be tricky. Since we were lucky enough to qualify for the program, I have really tried to be as easygoing as possible. I'm getting my medical care taken care of, so the least I can do is not complain about the rules.