Accessibility links
Life In the NICU: A Few Ounces Away From Coming Home : The Baby Project Visiting her daughter in the neonatal intensive care unit is hard on new mom Loriani Eckerle. Valentina needs to gain 3 more ounces before she can come home.

Life In the NICU: A Few Ounces Away From Coming Home

Life In the NICU: A Few Ounces Away From Coming Home 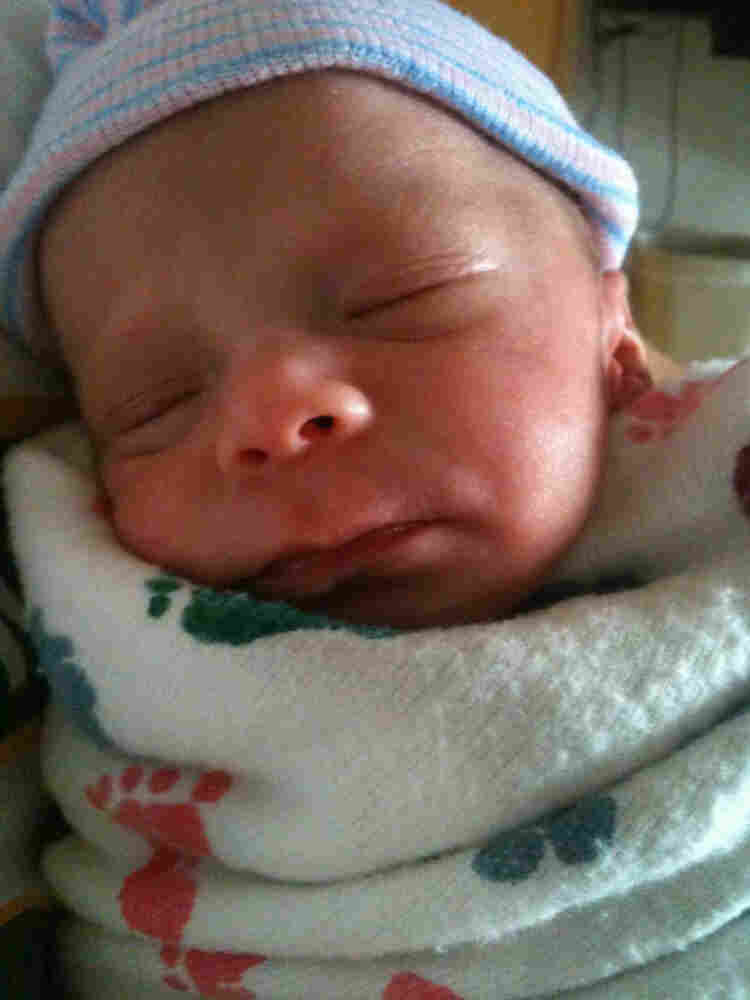 Valentina Eckerle is seen in the NICU on July 12. She needs to gain 3 more ounces before the hospital will let parents Loriani and Matt bring her home. Valentina was born early at 34 weeks. Courtesy of Matt and Loriani Eckerle hide caption 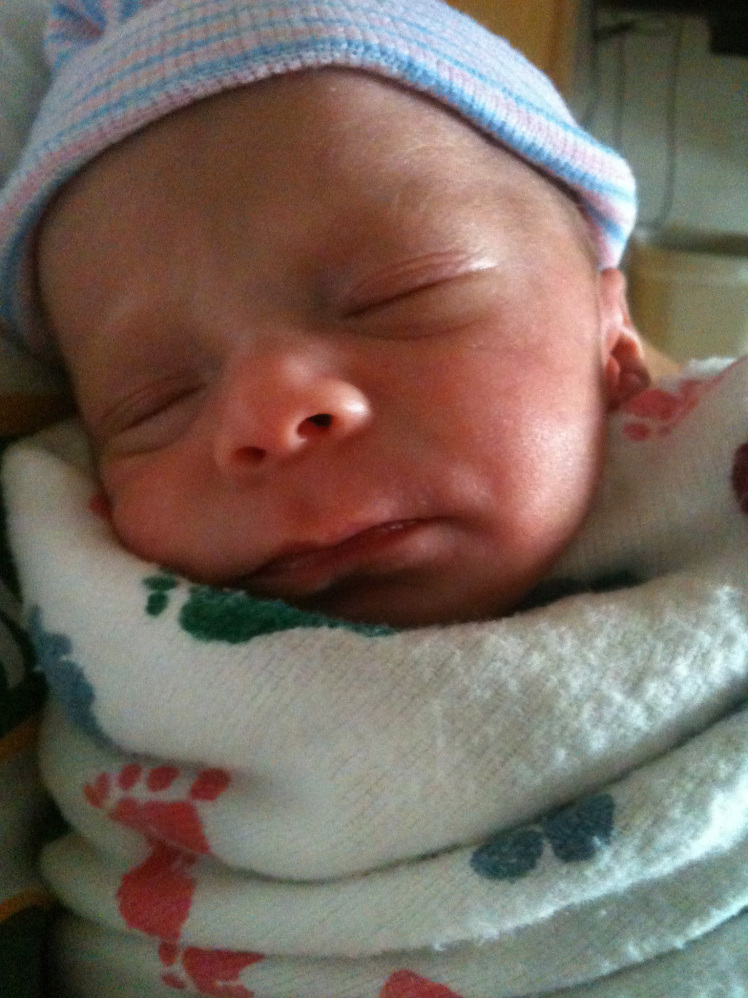 Valentina Eckerle is seen in the NICU on July 12. She needs to gain 3 more ounces before the hospital will let parents Loriani and Matt bring her home. Valentina was born early at 34 weeks.

Courtesy of Matt and Loriani Eckerle

At home, sometimes I can smell my daughter. I'll be sitting there watching TV, and all of a sudden I smell her even though I know she's 10 miles away. It's the weirdest thing.

So what can I say about life in the neonatal intensive care unit? It sucks. Every day, I drag myself out of bed to go sit in an uncomfortable glider for a few hours and play mom under the eyes of yet another nurse. They try to loop me into her care by letting me do things like take her temperature and change her diaper (newborn poop deserves its own separate blog entry). But what I really want to do is yank off the little security device around her ankle and make a run for it. 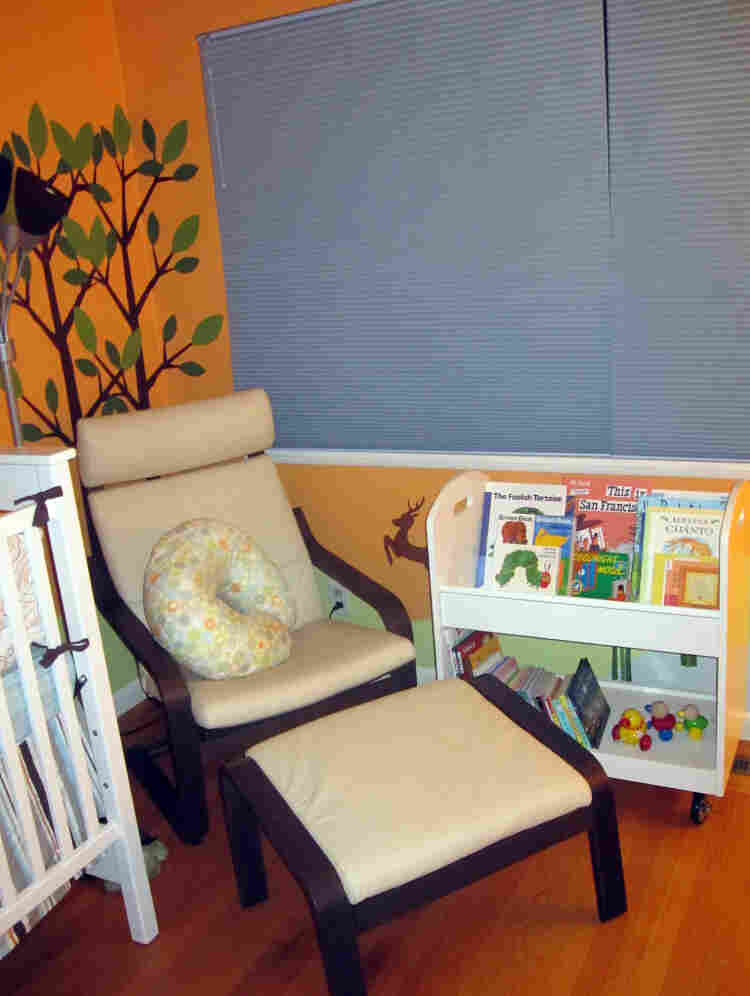 Valentina Eckerle's nursery is ready and waiting. Loriani says she "can't wait to show it to her." Courtesy of Loriani Eckerle hide caption 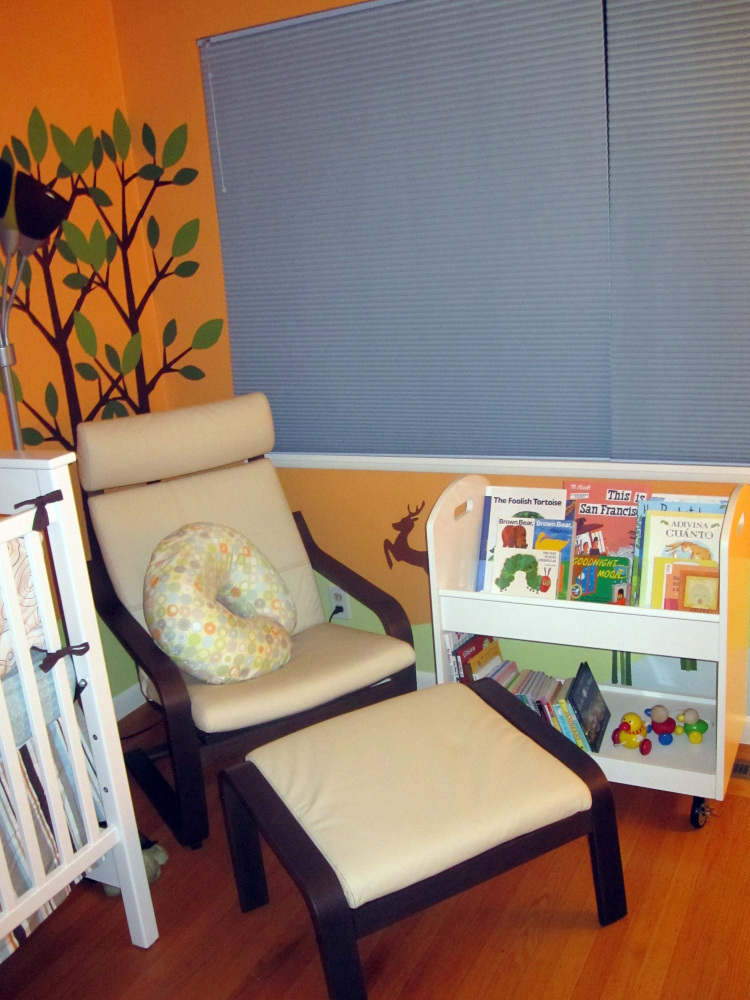 Valentina Eckerle's nursery is ready and waiting. Loriani says she "can't wait to show it to her."

Weirdly enough, I think it would almost be easier if she were sick. Then at least I knew she had to be there. But all that is keeping Valentina in that hospital is her size. She is, as of today, 4 pounds, 5 ounces. That is very, very close to the goal of 4 pounds, 8 ounces.

Unfortunately, however, my daughter takes after me in her sleeping habits and is still sleeping through some of her feedings. They can't take off her feeding tube until she is finishing her entire bottle-feeding, every time. I try to explain this to her and she just yawns in my face.

To make matters a bit more depressing, it turns out you don't automatically go back to looking like yourself after giving birth. The acne is still alive and thriving. Instead of my cute pregnancy belly sits an unsightly kangaroo pouch. I swear even my hair seems frizzier, but I guess that could also be the weather.

OK, some happy thoughts. I continue to be very much alive. I still haven't seen the liver specialists, but like some of you suggested, I'm pretty sure I got hit by HELLP syndrome. My daughter is healthy and vigorous, the very definition of Valentina.

My husband was always amazing, but somehow fatherhood has elevated him to a whole new level of amazing. I think we'll get to take Valentina home next week, but I don't know for sure so I don't want to get my hopes up. In the meantime, at least I have her smell.

Matt Eckerle sent this recent update to friends and family:

Cupcake is doing very well. She's growing faster than expected, regulating her own body temperature, getting all her calories from food (no IV), and doing well with bottle and breast-feeding. When she's awake, she's very into her hands, grabbing anything in reach, but especially parts of her face. We're hopeful she can come home soon. Being apart from her so much is incredibly difficult!