Accessibility links
The Breast-Feeding Ballet: Nurse, Supplement, Pump, Repeat : The Baby Project Breast-feeding is an amazing feeling, says two-time mom Christy Lilley. But it's exhausting and time-consuming — and, she says, there's that evil eye she gets when she dares to feed her baby in public. 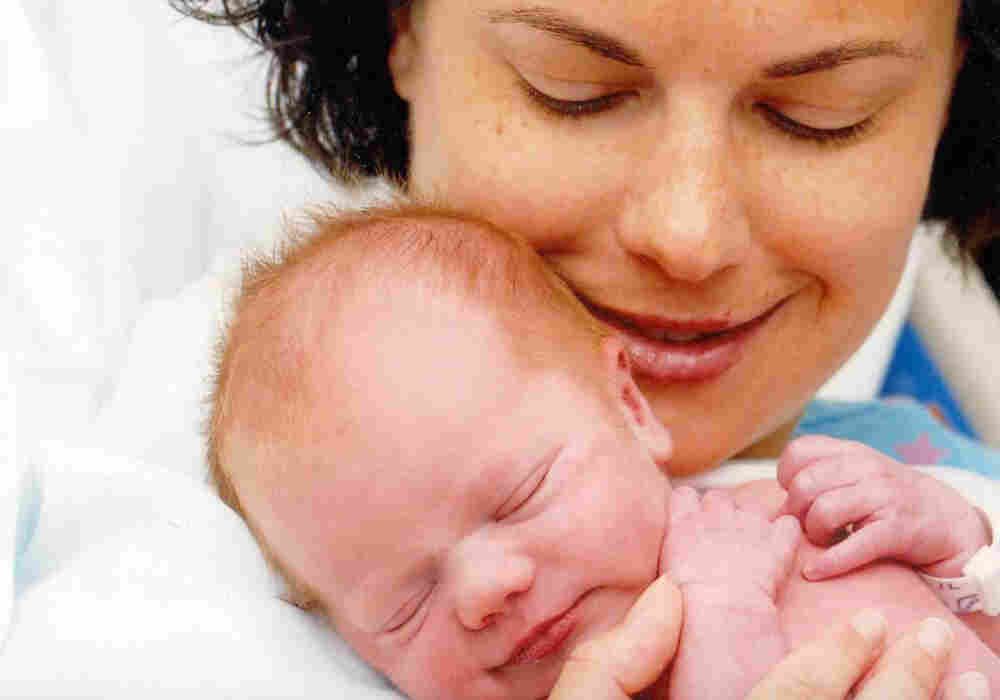 Christy has been nursing her daughter, Diana. But after developing pre-eclampsia during her pregnancy, she's on a blood pressure medication that has decreased her milk supply. Courtesy of Christy Lilley hide caption 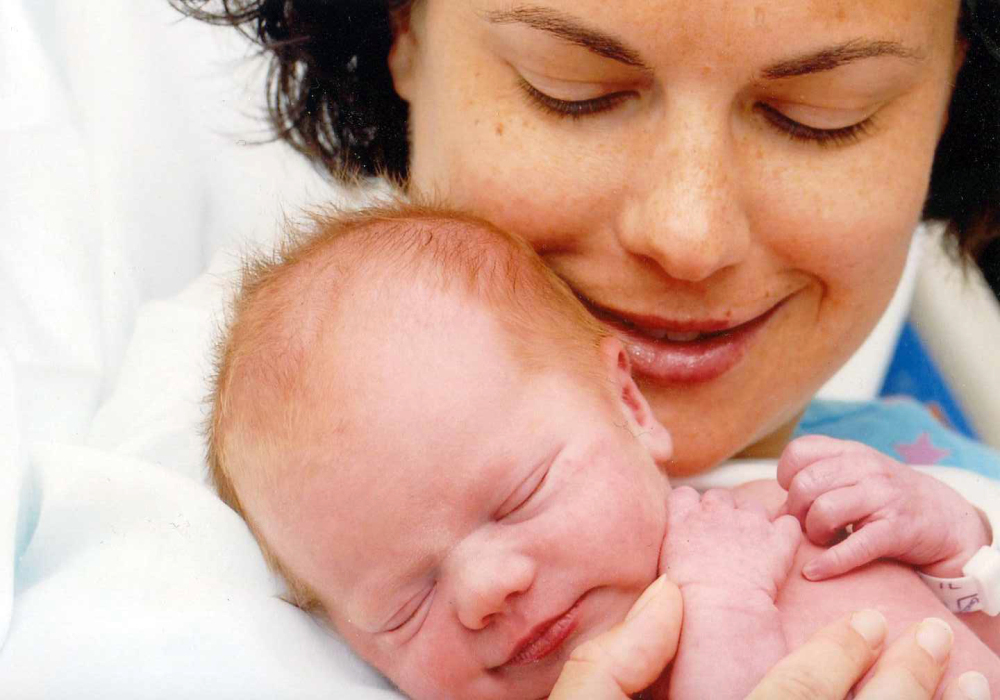 Christy has been nursing her daughter, Diana. But after developing pre-eclampsia during her pregnancy, she's on a blood pressure medication that has decreased her milk supply.

It's 4:36 a.m. As I sit here at my computer typing this post, the sound of my breast pump hisses in the background.

I've been up most of the night nursing my baby girl and trying to soothe her back to sleep. When I finish, I pump for a few minutes in an effort to increase my milk supply and preserve every precious last drop. Then I drift off to sleep for an hour or so before it's time to start the whole process again.

It's times like these that I often wish I was bottle-feeding.

Christy Lilley, 32, lives in Charlotte, N.C. Already the parents of a toddler, she and her husband, Jim, welcomed Diana Marie on July 7.

Don't get me wrong — I love breast-feeding, but sometimes it can be exhausting. I breast-fed my son, James, for 14 months, stopping only when I got pregnant with Diana and my supply significantly decreased. I don't think I would have continued much longer anyway. I was ready to wean him at that point — I was getting sick of pumping and the never-ending cycle of washing pump parts. I also did not want to be breast-feeding a child that could ask for it by name, and we were closely approaching that territory at 14 months.

But it was bittersweet when I finally stopped. I missed those sweet, tender moments we shared when I would look down at him snuggled against my breast, nursing contently. It's a bond only a mother and child can share, and it is an amazing feeling.

Before I had both my kids, I would often get asked whether I was going to breast-feed. My approach both times was similar to my birth plan — to go with the flow. I wanted to try to breast-feed, but if it didn't work out, I said I wouldn't beat myself up over it and we would switch to formula.

I was relieved to hear my friends' experiences. It made me feel like there were options. It also helped knowing that not everyone was successful. I was afraid of getting frustrated and feeling like a failure if I could not do it. So when I was asked whether I was going to breast-feed, I would just say, "I am going to try," and leave it at that.

Before James was born, I took a breast-feeding class and read books on breast-feeding. They both made me feel overwhelmed and confused. I don't think it's something that you can really prepare for or practice until you actually try.

The one thing I did that I think helped tremendously was ask for help. James didn't latch on right away after he was born. I panicked because I'd heard that immediately after birth is the best time to breast-feed, and if you don't get it then, the baby might never latch on. 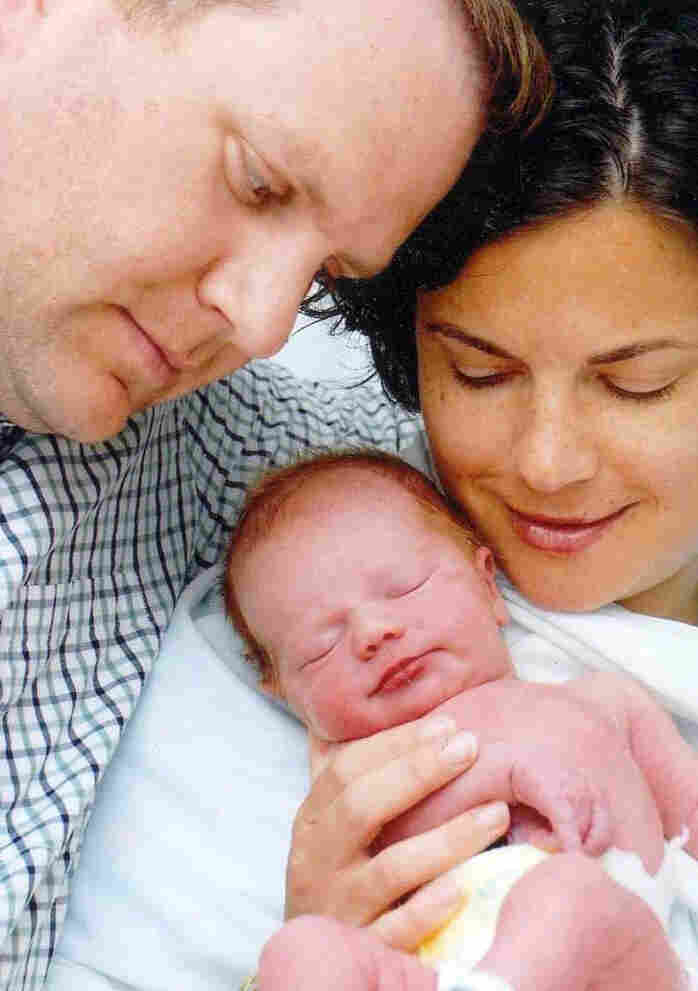 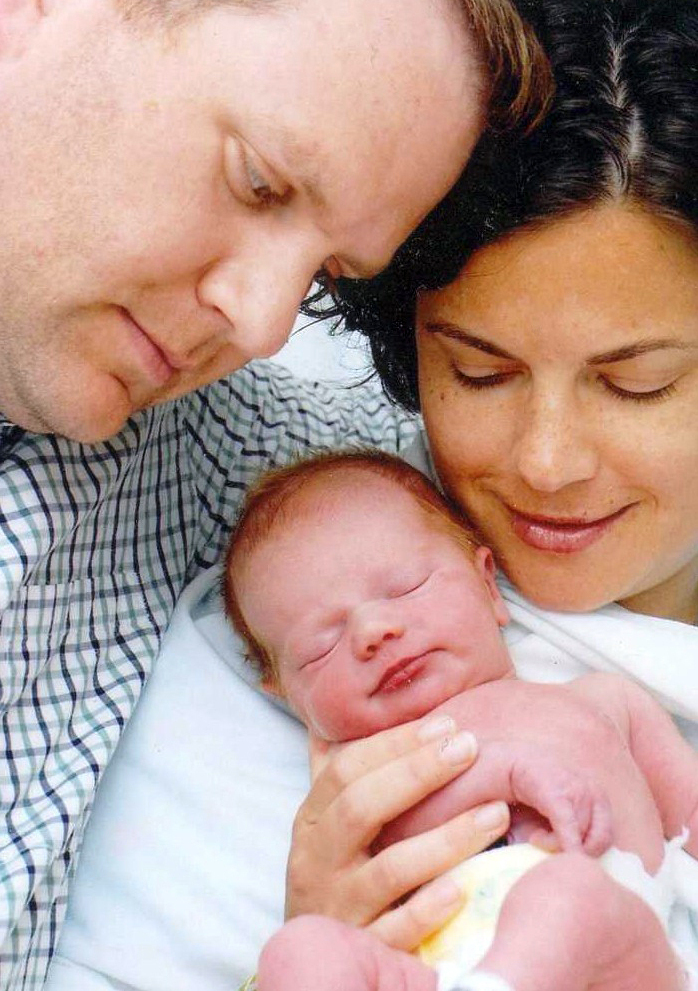 I can tell you that just isn't true. I tried and tried to get him to latch on, but he just wouldn't. I wasn't sure if it was because of his cleft lip, or if it was error on my part. So I started asking for help from anyone who was willing to help me — nurses, lactation consultations, etc. I threw all modesty out the window and quickly got comfortable with people I didn't know seeing and even touching my breasts and watching me breast-feed. I did the same thing with Diana: I took advantage of the lactation consultants in the hospital and asked for help immediately to make sure we were getting it right. It definitely came easier with the second baby.

Still, my experience has not been problem-free. When I had James, I had to be on blood pressure medication for six weeks after delivery. The medication decreased my milk supply, and James was clearly not getting enough during feedings, so we had to supplement with formula after every feeding. I'm on a similar blood pressure medication now after developing pre-eclampsia with this pregnancy, which has also led to a decrease in my supply.

Also, Diana isn't back to her birth weight or gaining weight as quickly as we'd like, so we're in a pattern of nurse, supplement, pump, repeat. I'm also taking Fenugreek herbal supplements, drinking Mother's Milk tea and a beer a day (which I've heard may or may not help increase milk production). I'm not sure that any of these things are really helping, but I'm willing to try anything, and I'm definitely enjoying my daily beer!

It's time-consuming trying to increase my milk supply, but the only part that really bothers me is pumping. I don't know what it is, but I really don't enjoy being hooked up to that machine. It seems to interrupt the natural flow of things. Right after I feed Diana, I want to hold her and snuggle with her when she is full and at her happiest. Instead, I have to either pass her off to someone or put her down while I hook myself up to the pump. Then I have to clean all those parts. Ugghh. It takes forever.

My dislike of pumping only grew when I went back to work after I had James. I am lucky enough to have an office with a lock, so I could pump right in my office. Still, it was inevitable that someone would knock on the door as soon as I sat down to pump. In an office full of men, it's embarrassing to yell through the door, "Come back in 10 minutes. I'm pumping." The first time I had to travel for work, I ended up with a nasty case of mastitis (an infection in the tissue of the breast). Then there was the time I forgot my pump at home. I tried to express some milk by hand to relieve the pressure, but by early afternoon I was so uncomfortable I had to go home. I made sure to never do that again.

When I'm at home, I breast-feed or pump in front of anyone who's around. I try to be discreet about it, and I can situate my shirt in a way not to reveal too much, but I know some people have seen more than they might have liked. I have a cover-up, but it's too much of a hassle for me to get it out. Besides, it's my house and if someone isn't comfortable with it, they can leave. 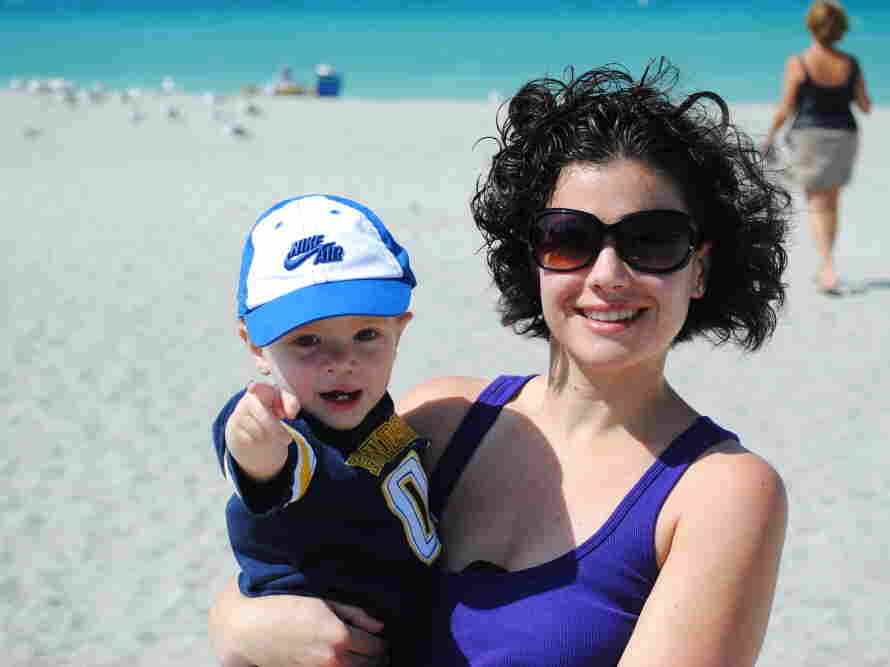 Christy breast-fed James for 14 months, stopping when she was pregnant with Diana. Courtesy of Christy Lilley hide caption 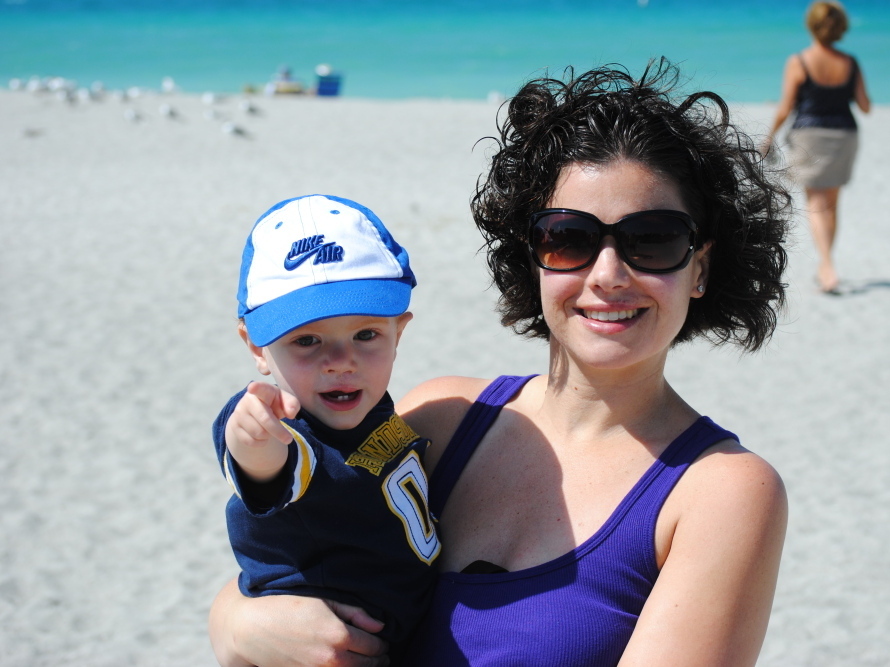 Christy breast-fed James for 14 months, stopping when she was pregnant with Diana.

I feel comfortable enough to breast-feed in public, but I find that if I do, I get disapproving looks of disgust from many people, even if I am wearing a cover-up. So if I go out in public and have to nurse, I tend to go to a women's rest room with a couch, or even sit in the back seat of my car. It's not the most convenient, but it makes me more comfortable than getting the evil eye. That's the thing I don't get: Everyone seems to say breast-feeding is best for the baby, and everyone wants mothers to do it, but no one actually wants to make it easy for us to do it. We shouldn't be made to feel that it's dirty or shameful. We are just trying to feed and nurture our babies.

With James, my supply increased and we went on to have a very successful breast-feeding relationship once I was able to wean off the blood pressure medication. I'm hoping the same thing will happen with Diana, but if it doesn't, and I have to stop breast-feeding, I know it's not the end of the world. I know plenty of kids who weren't breast-fed, and they all turned out just fine.

And it's not that I have any problems or issues with formula or bottle-feeding. It's solely selfishness on my part that I just want to breast-feed. I feel down on myself because my baby can't get all that she needs from me. It's frustrating when I feed her and I can tell she is just not satisfied. Maybe it's my Italian side that's always concerned with food, but it stresses me out when I know my baby is still hungry, and not content or full.

I love that milk coma that she slips into when she has a successful feeding or takes extra milk from the bottle. That makes me happy, and I feel like I'm doing my job. I can't wait until we go to the doctor and she's gotten back to her birth weight. Maybe then I'll be able to relax and not worry about her feedings so much.