Accessibility links
Water, Pain And 'Oh My God' The Amazing Drugs: A Birth Story : The Baby Project After several bouts of false labor, Ashley Charter wondered if she would know when she was really in labor. Then her water broke and the contractions were unbearable — and her parents took her to the hospital. Her son Abel arrived that same day.

Water, Pain And 'Oh My God' The Amazing Drugs: A Birth Story

Water, Pain And 'Oh My God' The Amazing Drugs: A Birth Story 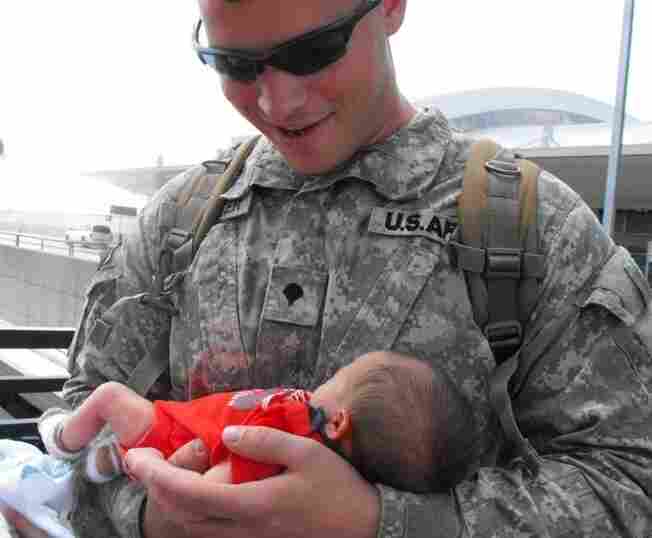 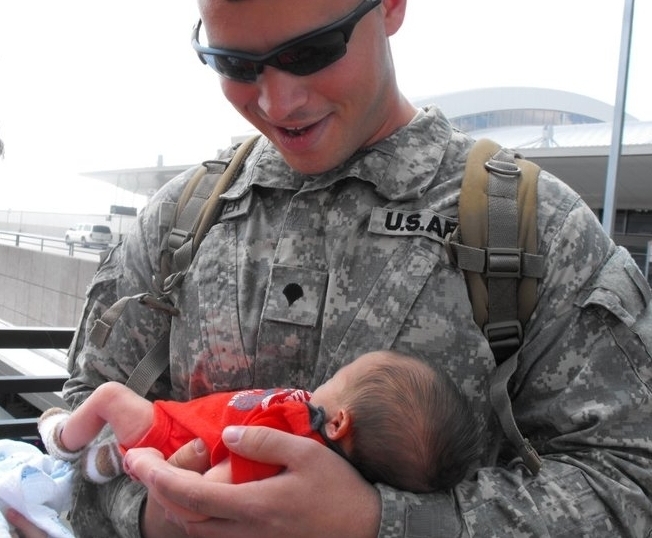 The past two weeks, I had been wondering if I would know for sure when I was really in labor because I had been having false labor off and on for a while. Would the contractions feel a lot worse? Would my water just break? If my water did break, would it be a huge gush or just a small trickle?

At 5 a.m. on Saturday, July 23, I got my answer. My water broke, in a huge, movie scene-style gush. I jumped out of bed and ran to the bathroom.

At my last appointment, the midwife told me that I did not have to rush in to the hospital if my water broke — that I could take a few hours and relax at home, because this being my first birth, I would probably labor for a long time.

So I was not in a very big hurry while getting dressed and making sure I had everything I wanted packed. That is, until about five minutes into getting dressed, when contractions started very strong.

Ashley Charter, 21, is a college student who lives in Lillington, N.C. Her husband, Jesse, is in the Army and is currently deployed to Iraq. They welcomed Abel Weston Charter on July 23.

I called my mother to come pick me up and drive me to the hospital. While waiting for her and my dad to get to my house, the contractions kept getting worse. I had gotten to where I could not even walk during them.

Also, everything I was told about water breaking is that it would either happen as one big gush or a small trickle that lasted for a while. So when I had the huge gush, I thought it was over. But it just kept coming — every few minutes, I would have another huge gush. I went through three pairs of pants trying to get dressed.

Once we made it to the hospital, they admitted me right away. At the first check around 6:30 a.m., I was 5 centimeters dilated and 100 percent effaced. The contractions were so painful and mainly in my back. I gave in and asked for the epidural, and oh my god was that thing amazing. Once it started working, I felt great. I could still feel my uterus tightening, but no pain.

They checked me again shortly after 7 a.m., and I had already dilated to 10 centimeters, so they asked me to push one time to see how well I would be able to push. That's when they realized that even though the baby was fully engaged, he was not quite ready. So they sat me up to let gravity help out. 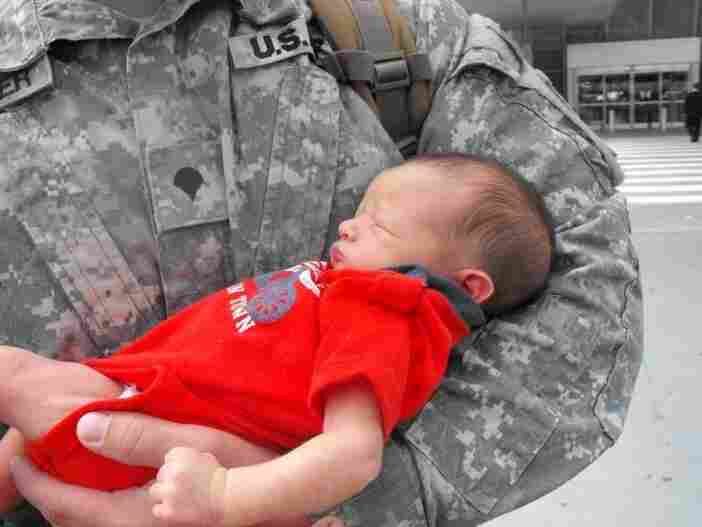 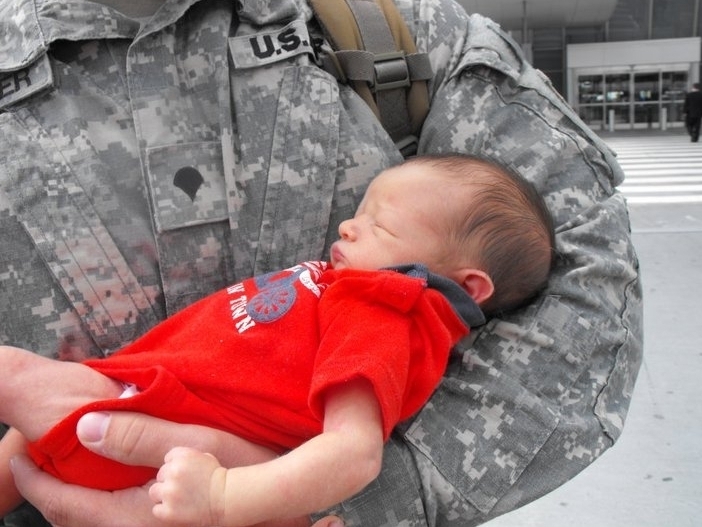 This is when things slowed down, and my contractions started getting lighter. They gave me a small amount of Pitocin to get them going strong again. The doctors came back in and checked me around 12:30 p.m., and they were ready for me to start pushing. After pushing for a little over an hour, he was crowning, and at 2:13 p.m., our son made his arrival into the world. He was absolutely perfect. We spent two days in the mother-baby unit and were released Monday afternoon.

Jesse arrived home from Iraq for R&R yesterday — and seeing him with his son for the first time was the best feeling in the world.