Accessibility links
A Childhood Burn Adds An Extra Challenge To Breast-Feeding : The Baby Project Ashley Charter suffered third-degree burns over 30 percent of her body when she was 5 years old. Her doctors told her mom she may not be able to breast-feed — and she is grappling with it now.

A Childhood Burn Adds An Extra Challenge To Breast-Feeding

A Childhood Burn Adds An Extra Challenge To Breast-Feeding 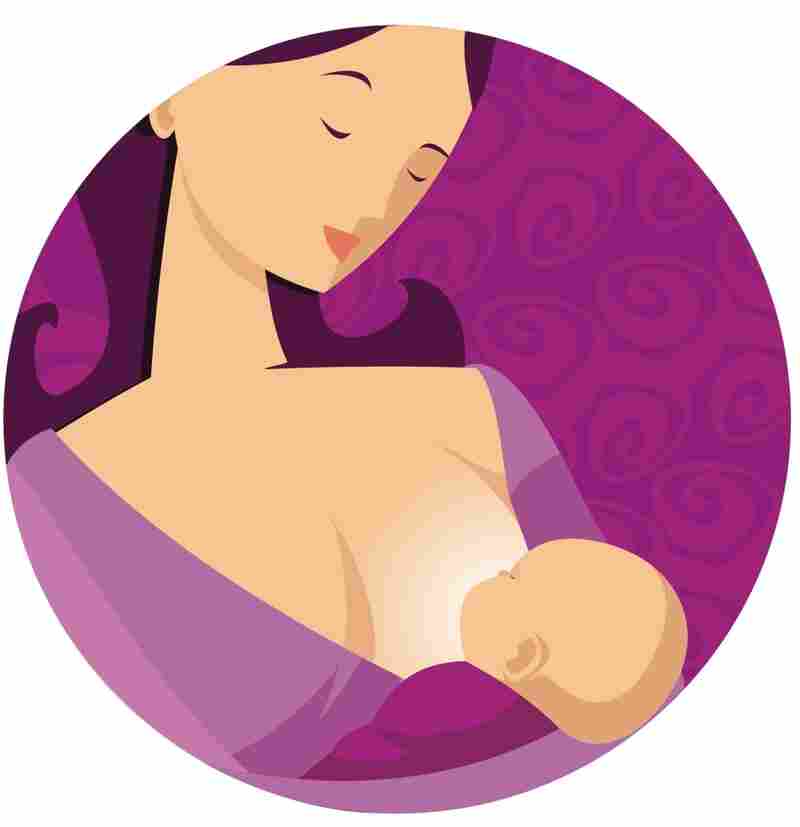 A common question I keep getting is, "Are you going to breast-feed?" Some people ask just because they would like to know, others know that it's a more loaded question for me than most.

Every time someone asks me, I always respond with the same thing: "I'm going to try." I have gotten the response: "It's breast-feeding. You don't try, you just do it." But for me, it is not just up to whether he latches right or if it is painful, but if I can actually do it.

I mentioned in a previous post that I was burned when I was a child. When I was 5 years old, I suffered third-degree burns on more than 30 percent of my body, which does not sound like much, but for a 5-year-old, it's a pretty large area.

I had pushed a stool beside the stove to watch the water bubble up. My dad was walking in the door to pick my brother and me up — my grandmother kept us while our parents were at work. As he walked in, he told me to get off of the stool before I got hurt. While I was stepping down off of the stool, it started to tip over. I tried to grab the edge of the stove to keep from falling, but I grabbed the pot handle instead. The pot of water spilled all over me. The burns covered my entire back and the left side of my body, including my left breast.

Ashley Charter, 21, is a college student who lives in Lillington, N.C. Her husband, Jesse, is in the Army and is currently deployed to Iraq. They welcomed Abel Weston Charter on July 23.

There were a lot of discussions with the doctors during my stay in the burn unit at the hospital, and before I was released, my mother asked what problems I may face later in life. They told her that since my breast wouldn't develop correctly, there could be the possibility that I would never be able to breast-feed, but they could not be sure. There was no way of knowing how damaged my mammary glands were. So I have gone almost all of my life not knowing whether I would be able to breast-feed or not.

When I was 19, I had reconstructive breast surgery to even things out. During my consultation, the surgeon was sure to mention that implants would not alter my ability to breast-feed. I told him that I didn't know if I would be able to do that anyway. He told me that more than likely, if I leaked throughout my pregnancy, it could be a good sign that I would produce milk. But of course, that is not a for-sure thing. Also, he mentioned that while I may be able to make milk, the baby might not be able to latch because of the damage to my nipple, and scar tissue. While I would really love to be able to breast-feed, right now I am just hoping to be able to produce enough breast milk to bottle-feed with what I can pump.

Ashley wrote this post before she gave birth to her son, Abel, on Saturday, July 23. We asked her how it has been going in the first few days with her son, and this is what she replied: So far breast-feeding is going great! The surgeon was right about the leaking, so now we just have to see how much milk the left side will produce, but the lactation consultant thinks I will make enough to avoid using formula.