Accessibility links
Old Wives' Tales, Debunked : The Baby Project Most old wives' tales claim to be able to predict a baby's sex based on how a woman's body changes during pregnancy — the most common being the idea that a girl will "steal" her mother's beauty. We asked three doctors to weigh in on whether there's any truth to these old tales. 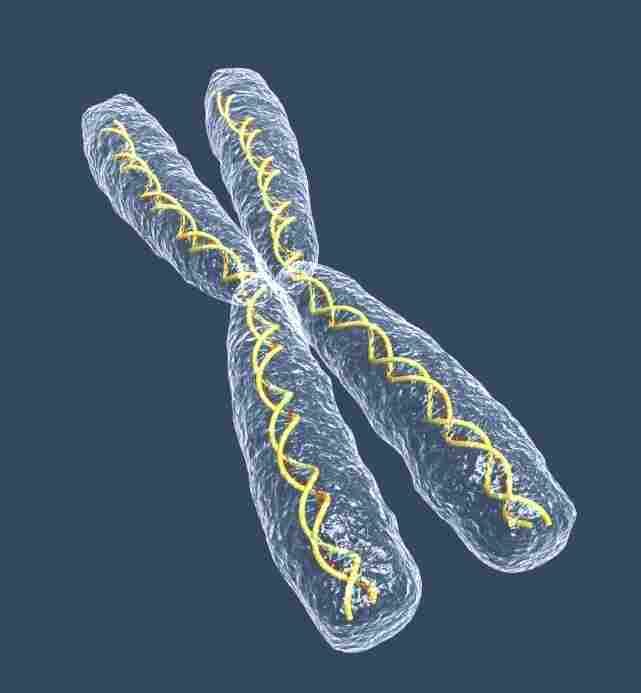 If a sperm that fertilizes the egg carries an X chromosome, the union creates a girl. Some pregnancy myths claim to predict the gender based on how a woman is carrying the child. iStockphoto.com hide caption

One of the most oft-repeated stories of my own birth begins something like this: "We thought you were going to be a boy!"

That's not because my parents didn't want another girl, mind you — they'd already had three — but because my mother just knew, beyond a shadow of a doubt, that she was carrying her first boy. Why? Because, she tells me, she was "carrying low." For those who aren't familiar with old wives' tales, that's supposed to mean you're having a boy; carrying "high" means you're having a girl.

Most old wives' tales claim to be able to predict a baby's sex — the most common being the idea that a girl will "steal" her mother's beauty. You're having a girl if you "lose" your looks; if your face becomes fuller and rounder; or if you have a tough bout with morning sickness, for example.

Other myths claim that the way your body changes during pregnancy is an indicator of your baby's gender: If you become clumsy, you're having a boy; if your nose grows wider or longer, ditto.

Even though most of our Baby Project bloggers have already given birth (six down, three to go!), we thought it would be fun to see if there's any truth to these myths. We asked Drs. Yvonne Bohn, Allison Hill and Alane Park, authors of The Mommy Docs' Ultimate Guide to Pregnancy and Birth, to weigh in.

For the record, they say, all of the above are tall tales, indeed — although there is a 50-50 chance of any of them being right at least some of the time.

The Baby Project: What about myths surrounding conception? Is there any sexual position that's more likely to produce either a boy or a girl?

The power of genetics is a big myth. Lots of people say if your mother had a tough delivery, so will you — or, that if you were a big baby, you'll in turn have a big baby.

The history of your mother's birth has no influence on your birth. Also, if you were a big baby, it does not necessarily mean that you will deliver a big baby. The baby's size at birth is determined partially by the amount of weight a woman gains during the pregnancy, and the physical size of the mother and father.

Some people think they can predict when they'll go into labor based on whether their belly has "dropped." Any truth to that? 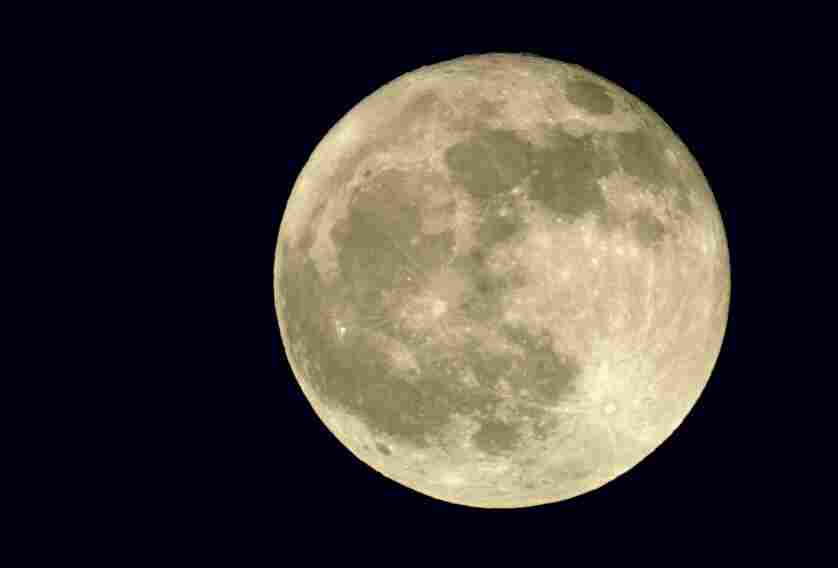 Will a full moon induce your labor? Our experts think it's just a coincidence. iStockphoto.com hide caption 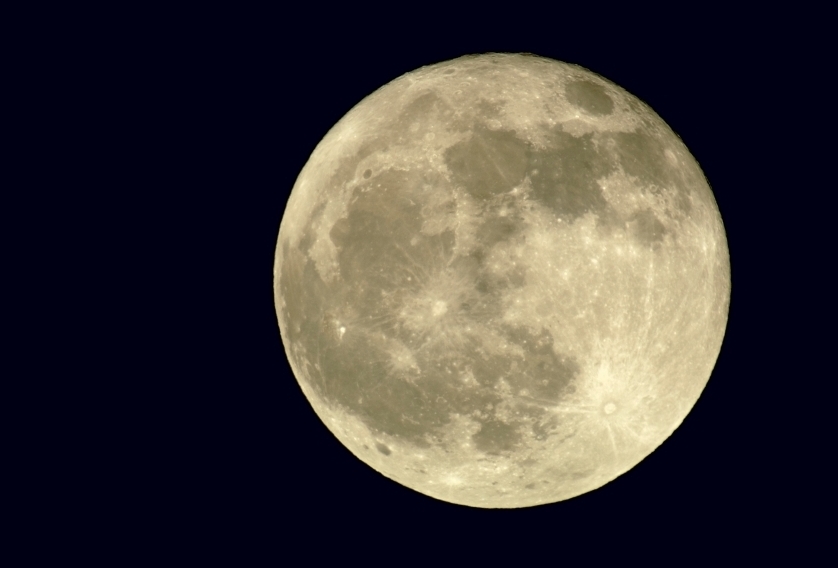 Will a full moon induce your labor? Our experts think it's just a coincidence.

Speaking of predicting when you'll go into labor, the full-moon baby boom theory is alive and well. Is there any evidence that the moon's gravitational pull has an effect on childbirth?

While there is a theory that the gravitational pull from a full moon causes women to go into labor or to break their water bag, analysis of years of birth data show that the same number of babies are born on a full moon as any other day.

What about the idea that certain foods, like spicy foods, will induce labor? 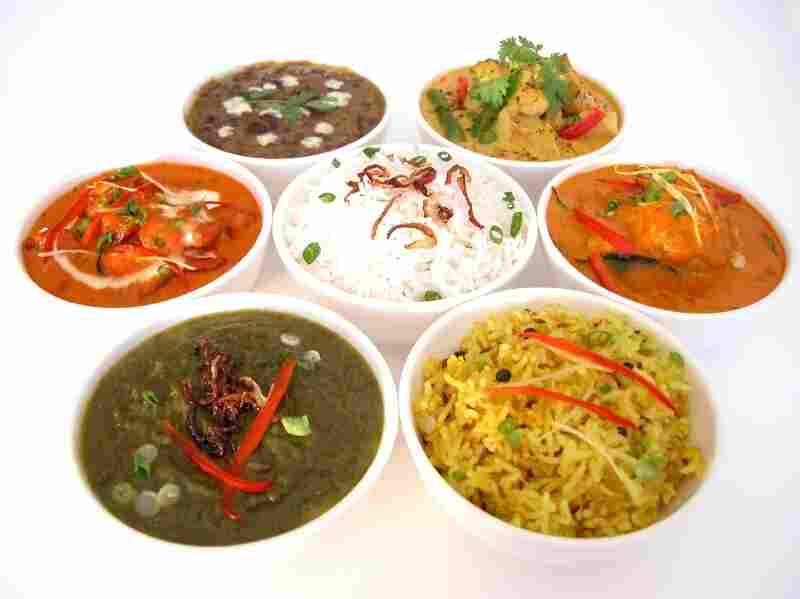 Spicy foods, such as Indian dishes, will not necessarily induce labor — but may give you heartburn. iStockphoto.com hide caption

Doctors do not completely understand the complex cascade of events that lead to labor, but they do know that the signal generates from the fetus, likely from the adrenal glands. There is no link between anything you eat and the onset of labor. So you can enjoy your spicy foods throughout pregnancy, as long as they don't cause you to have too much heartburn!

And here are a few wacky-sounding myths that seem totally far-flung. First up: If you cut your hair while pregnant, you'll have vision problems.

OK, mommies out there: There is no reason why you cannot go to your beauty salon to get your hair done while pregnant. Your baby's vision will NOT be affected by your trim or cut ... or color, for that matter.

Don't take a bath while pregnant, because the water could bring bacteria to the baby.

It is safe to take a bath in water that is slightly higher in temperature than normal body temperature. Your baby is protected inside the amniotic bag from the germs and bacteria that live out here, so enjoy your bath, or swim in the ocean or pool.

If you have heartburn frequently, you'll have a hairy baby.

Believe it or not, there was a study that followed 64 pregnant women to see if there was any truth to this myth. And surprisingly, in this very small sample, the results tentatively found the heartburn-hair connection to be true! But in our combined experience, there hasn't been much of a correlation. Both Alane and Yvonne had heartburn with their pregnancies, and their children did not have an abundance of hair at birth.

What old wives' tales did you hear during your pregnancy? Did any of them turn out to be true?