Accessibility links
Now That's What I Call A Compilation : Best Music Of 2012 In the Internet era, single-artist albums are suffering, but despite the make-your-own playlist options provided by mp3s and streaming services, compilations are thriving.

Now That's What I Call A Compilation

Now That's What I Call A Compilation 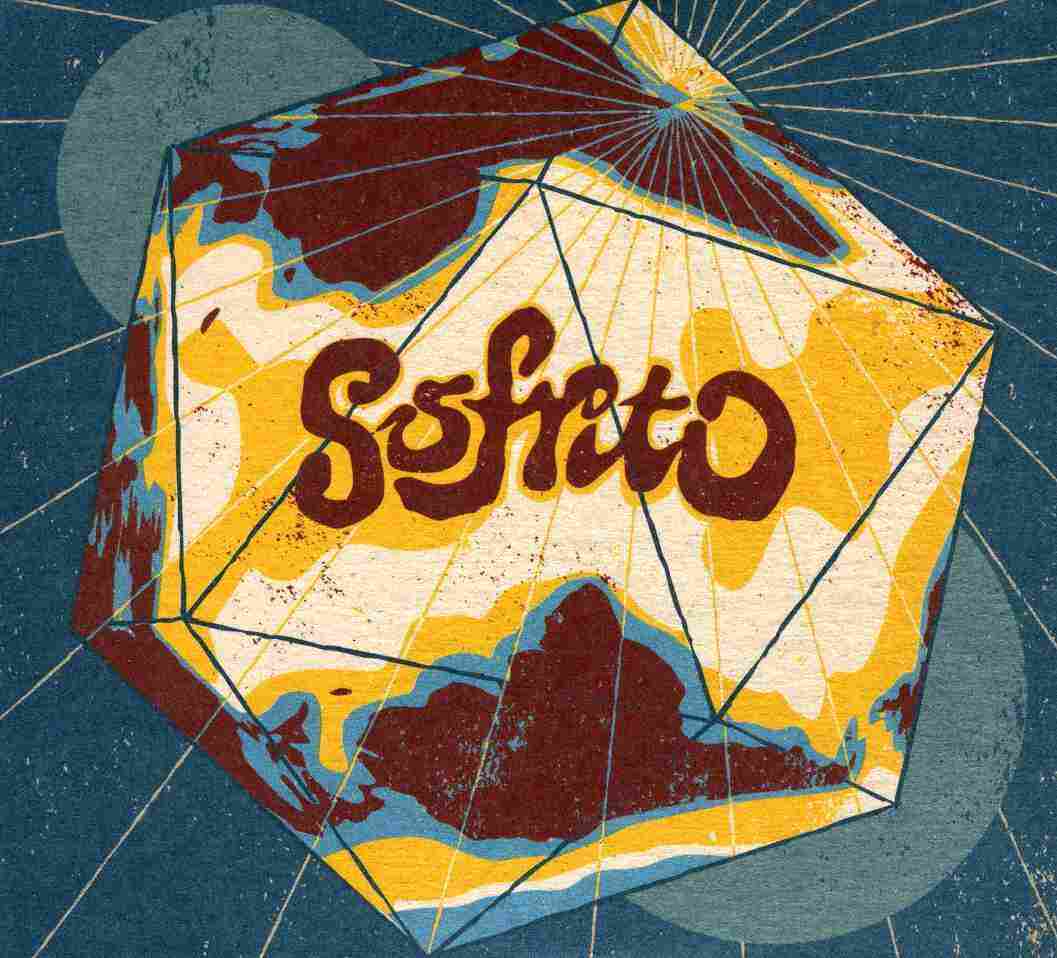 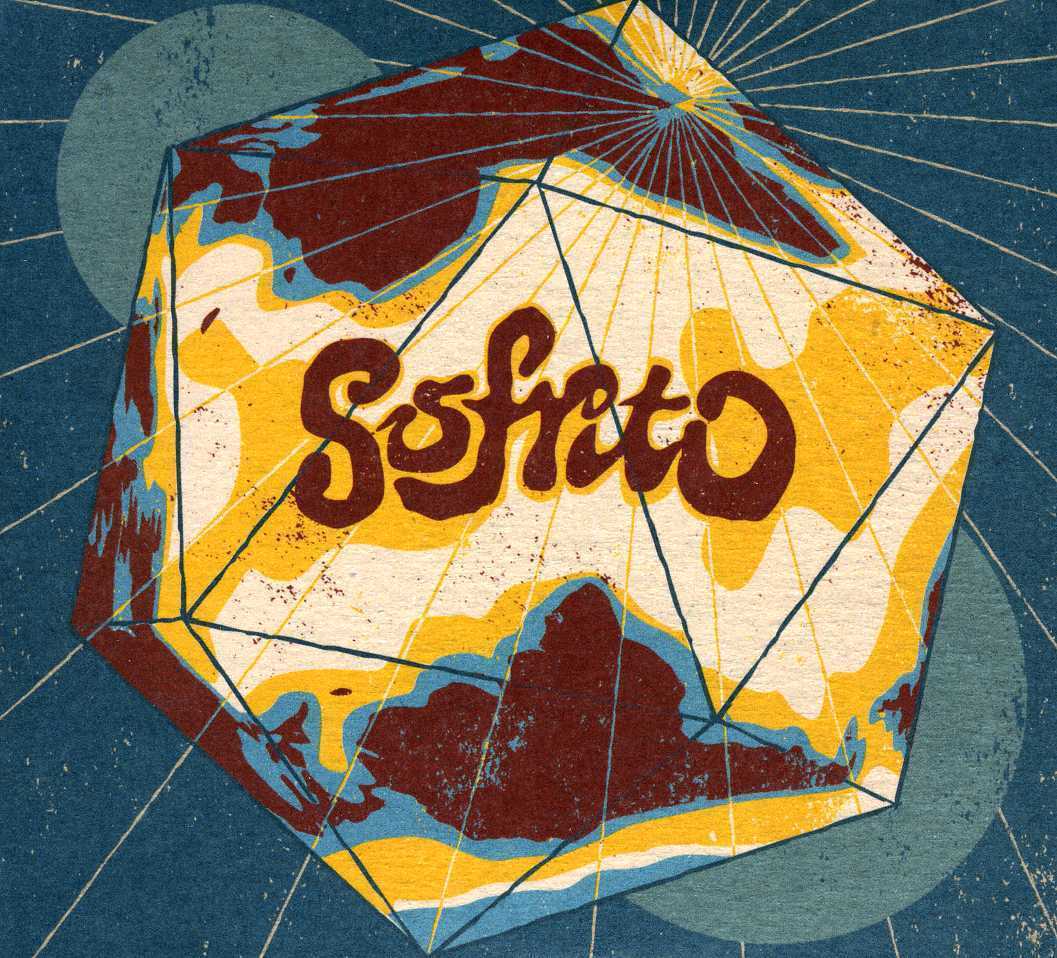 The cover of Sofrito: International Soundclash, a compilation of Tropical music recently released by the Strut label.

If this year the single-artist album looks to be on shaky ground — thanks to the EP's rise, the single's continuing dominance and the neither-nor of hip-hop mixtapes and online dance DJ mixes — the officially sanctioned compilation album would seem even wobblier. In the age of Spotify (not to mention the age of iTunes), most listeners make their own multi-artist playlists as a matter of course. That's hardly new — the Walkman debuted in 1979, for starters — but the increasing ease of creating personal musical sequences, and sharing them with others, makes most "official" compilations seem a little quaint. No one would blink if I say that zero of the many terrific DJ-mix podcasts I've heard this year pack the sustained wallop of my two favorite albums qua albums this year, the Dirty Projectors' Swing Lo Magellan and Andy Stott's Luxury Problems. The album is special — that's an acceptable statement.

Compilations still play a crucial role in understanding pop — maybe even more so now with an ever-more-daunting smorgasbord of options, both present and past, at our disposal — as a few recent releases prove. Take Sofrito: International Soundclash, issued by Strut this summer — the second collection of heavy, gorgeous, largely '70s Latin grooves selected by the London DJ duo Sofrito Sound System. (The first was 2010's Sofrito: Tropical Discotheque, also excellent.) Soundclash did something you probably couldn't — unless you, like Sofrito members Frankie Francis and Hugo Mendez, spend all your time digging in vinyl bins for this kind of music. The sequencing is exquisite: the heated, elastically looping guitar and synth of Tropical Treats' new re-edit of Haitian band Les Difficiles de Petion-Ville's "Fe'm Confiance" fairly well melt into the rougher grind of Owiny Sigoma Band's "Nabed Nade Ei Piny Ka." It does something an album can't do, by dint of its makeup. It's the difference between collage and painting —the methods differ, but what matters is there on the canvas.

"We don't trade on putting out compilations of the rarest or most expensive records," says Sofrito member Hugo Mendez. "Much of the selection is made up of records that were popular at the time of release but never made it out of their community or country onto a broader stage. We also try to draw links between the old and new and highlight contemporary musicians and producers — a reflection of the styles we would play in a club. The music on the compilations is easy to relate to and not difficult listening, at least in our minds. I would hope it attracts a broad range of people that are interested in finding out about styles they may not have encountered before."

That's the draw of by another excellent recent comp, Ouroboros Presented By Low Limit, from the Los Angeles electronic-dance label Innovative Leisure. Its ten new tracks — selected by Low Limit, half of the giddy electronic-dance duo Lazer Sword — come from a loose group of acts with more in common geographically (all are from — wow — North America) than musically: Ghosts on Tape are bleepy electro, while HxdB & Self Evident make cartoony bass music of the Night Slugs variety. But together they make for a lovely listen, highlighted by "Whatnot," made by Machinedrum, a.k.a. Travis Stewart. It's the latest in a steady stream of superb tracks that have trailed last year's Room(s) — not to mention Stewart's production work on Azealia Banks' 1991 EP.

Good luck convincing anyone to leave comps to the pros — I make too many mixes and playlists to suggest any such thing, of course. But compilations have for decades done as much work to situate sounds, styles, scenes, eras and (damn right) individual artists as traditional single-act long-players. Think of Nuggets ('60s garage rock), The Harder They Come (reggae), Saturday Night Fever (disco) and The Indestructible Beat of Soweto (South African pop) — all of them crucial to understanding pop's evolution, all of them smashing sit-down-and-concentrate listens, all of them compilations.

Some artists come across more fully compiled than they do on their own albums — James Brown's Star Time, a four-CD box set, is Exhibit A. And plenty of musical giants weren't name-above-title artists: Think of producer (and convicted murderer) Phil Spector, whose one undisputed classic album of his mid-'60s peak was 1963's A Christmas Gift for You — a compilation by default, since four different artists (Darlene Love, the Crystals, the Ronettes and Bob B. Soxx & the Blue Jeans) sing the songs. Yet there's no question whose album it is, and not just because the rest of the title is From Phil Spector. Ditto the 1991 box set Back to Mono (or, if you're me, the 2011 single-CD Wall of Sound: The Very Best of Phil Spector 1961-66). When hits for various artists scattered across the years are made by a single-minded, legible-from-across-the-room auteur, a compilation is the only sane way to listen.

Compilations that offer fresh perspectives on well-worn material have a somewhat more difficult task than those that introduce the unknown — why should you trust someone else to tell you how to re-hear songs as obvious as Frankie Lymon and the Teenagers' "Why Do Fools Fall in Love" or Cab Calloway's "Minnie the Moocher" or the Drifters' "Money Honey"? But that's just what made 2011's Watch the Closing Doors: A History of New York's Musical Melting Pot, Vol. 1—1945-1959 such a delight. A double-CD on London label Year Zero compiled by U.K. pop-press veteran Kris Needs, Watch the Closing Doors uses its monuments to create a uniquely beguiling flow and force. Sure, you know those songs; you've just never heard them quite like this before.

Comps like that don't happen as often as they used to, though. The '90s was a boom time for reissues, as the CD market made labels aware that not only were people willing to re-buy their old albums on a new format, but that many wanted to go even deeper, into outtakes and obscurities that often filled CD-reissue bonus tracks and box sets.

"It seems almost absurd now, when I think about this in light of the incredible volume of music that's greeted us from the past over the last 25 years," says Andy Zax, an L.A. reissue producer who worked on the remastered Talking Heads catalog for Rhino. "But people in the '80s would talk about, 'Well, that will never make it to CD. That's never going to come out.' When you'd walk into a store at that point and you'd see something vaguely obscure that had somehow come out on CD, it was like a bolt of lightning from the blue: 'Oh my god, somebody reissued that?'"

Matt Sullivan, who runs reissue house Light in the Attic, looks back fondly on the '90s box-set boom: "For me, the [first] two Nuggets box sets Rhino [put out] are some of my favorite comps of all time. Those may never happen again. [If they do], it will probably be someone indie, someone like us. But it's going to take time, because those things are so expensive." Much of that expense comes in the form of mechanical royalties paid to a recording's copyright holder(s), which makes cross-licensed collections cost-prohibitive. 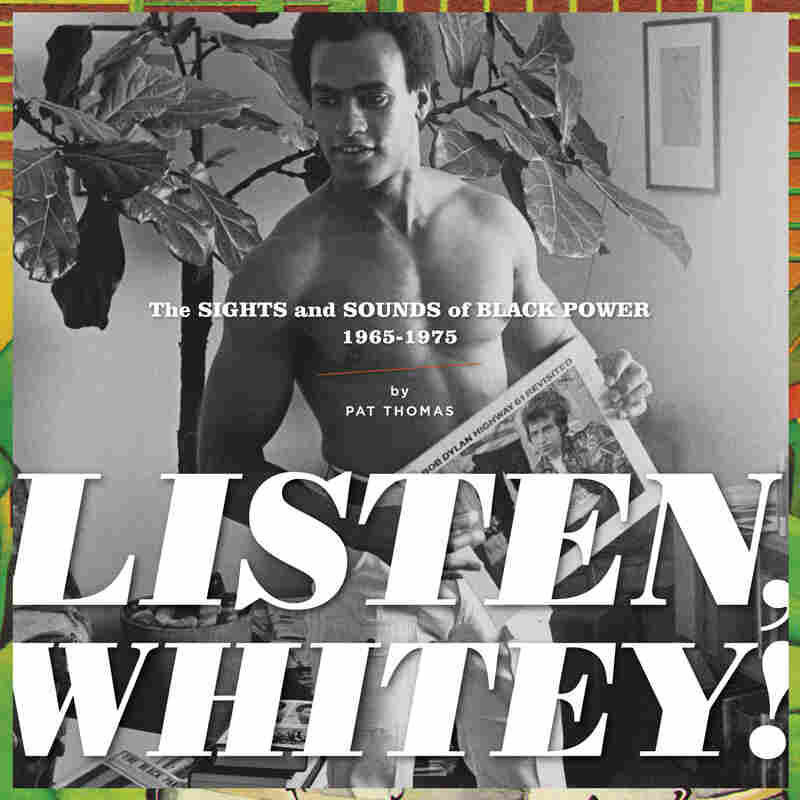 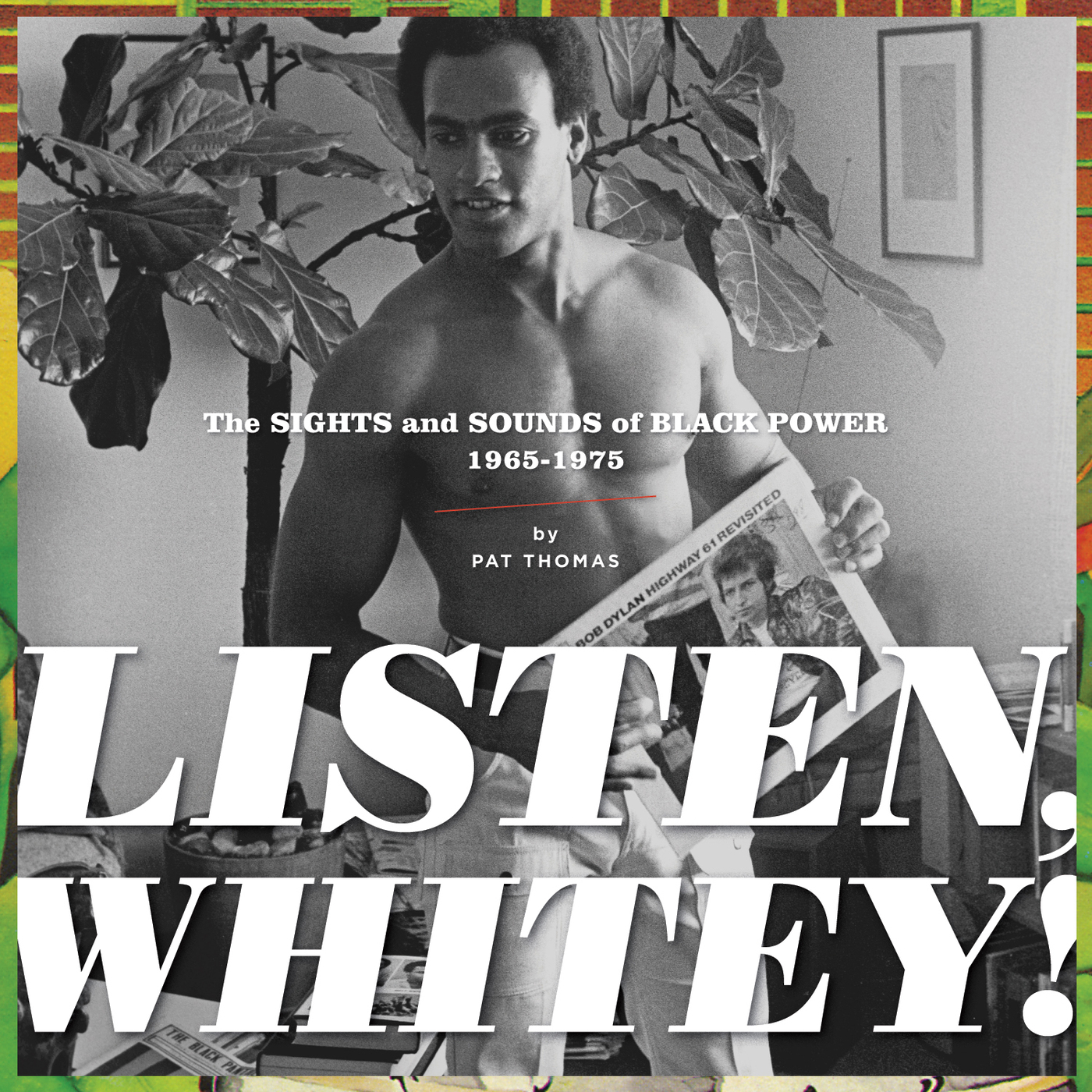 Light in the Attic Records

Sullivan should know. This year, Light in the Attic released Listen, Whitey! Sounds of Black Power: 1967-74, the soundtrack to Pat Thomas's history of political jazz and R&B during the Black Panther years, which includes Bob Dylan's "George Jackson" — a song Dylan had never reissued on CD in the U.S. — and John Lennon and Yoko Ono's "Angela," about Angela Davis.

"Listen, Whitey! was a complete pain in the ass, to say the least," says Sullivan, who assisted Thomas with licensing. "There's no way that Sony or EMI were going to [automatically] say yes to the Bob Dylan or John & Yoko tracks, because they get those requests all day. Years ago, Pat went to Bob Dylan's office and got those guys to approve it. The same thing with Yoko: He went to her office and she approved it. That convinced EMI."

According to Zax, such hoofing about is necessary to get things moving these days: "It has become increasingly problematic for the major [labels] to license from each other. Fifteen years ago, you might have had an entire large business affairs or licensing department that was handling requests like this all day long. There are now vastly fewer people doing those jobs. Licensing has ground to a terrible halt in a lot of cases. When independent reissue labels go to them with licensing requests, you might not hear back from them for, literally, a year. It really tries people's patience. You really have to want to put something out in order to go through the rigmarole."

To Light in the Attic's Matt Sullivan, the legwork is worth the effort: "There's no question some kid could just put together a lot of this stuff in Spotify or a blog. For us, we put a lot of care into making it something that people would want to buy, feel that they had something that was not disposable."

"The tracks have to be on Spotify in the first place, right?" adds Mendez. The Web may allow us all to be our own cultural gatekeeper, but curatorial decisions and elbow grease made by folks like Sofrito or Low Limit give us much of the basis for our own playlists.

"The act of selecting and presenting art, music and other forms of cultural expression has become democratized and is open to anyone with an Internet connection, but there is still a place for digging a little deeper and bringing stuff into the general consciousness," Mendez says. "After we've put our work in, it is out there for people to use as they wish, which to my mind is a wholly positive thing."