Accessibility links
Top 10 World Music Albums Of 2012 : Best Music Of 2012 This year, a youthful strain of techno-Afropop musicians stepped into the spotlight. 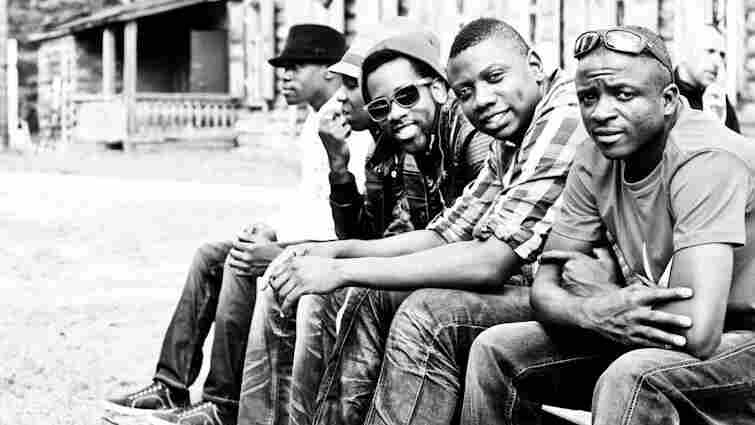 Mokoomba, a rising young band of Tonga musicians from Zimbabwe Courtesy of the artist hide caption 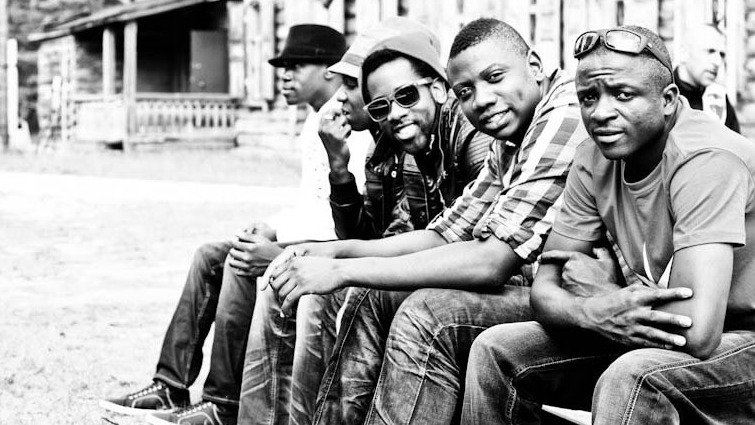 Mokoomba, a rising young band of Tonga musicians from Zimbabwe

This list is almost entirely African, drawn from my work this year with Afropop Worldwide. (I've resisted including wild cards like the Sambadunda Quartet's Java and Bonnie Raitt's Slipstream, tempting as they are.) What strikes me about my favorite African releases this year is that, for the most part, they don't come from the usual suspects — Youssou N'Dour, Salif Keita, Ladysmith Black Mambazo, etc. A youthful strain of techno-Afropop from acts like The Very Best and Janka Nabay is clearly ascendant. It's taken time for me to warm to this tech-roots approach, but both these acts have produced delightfully musical albums. That said, I'm still kind of an old-school, dance band kind of guy at heart, hence my nod to Sierra Leone's Refugee All Stars and Staff Benda Bilili — both bands that rode to glory on the strength of documentary films about them, but have now claimed more lasting fame with great music. Mokoomba, a fiery young band from Zimbabwe, is a discovery, the most promising new act out of southern Africa in awhile. Again, they break the standard mold, coming from one of Zimbabwe's smallest and least known ethnic groups, the Tonga.

Debo Band stands out among an ever-improving contingent of U.S.-based African music bands, even as they specialize in a 40-year old music style from Ethiopia. The global culture blender continues to crank out intriguing hybrids. (All hail K'Naan!) But for my money, it's still hard to top the coherence, idiosyncratic logic, and deeply settled perfection of well-worn local styles, like salegy from Madagascar, or cumbia and champeta from Colombia. 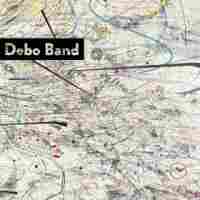 This Boston-based band is the brainchild of saxophonist Danny Mekonnen, an Ethiopian who grew up in America and discovered the funky, moody, wildly innovative music of Addis Ababa in the early '70s just like the rest of us — through recordings. But the band he's put together — more like an orchestra, with strings, horns, accordion, guitar, percussion and more — is no tribute act. There are adaptations of traditional and pop classics from Ethiopia, but also adventurous original compositions and flights of wild improvisation worthy of free jazz. Lead vocalist Bruck Tesfaye kicks things over the top with his wavering wail, delivering the ambiance of the most kicking wedding band you ever heard. 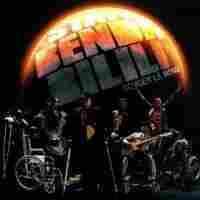 Back in days of the early '90s Afropop wave, some of the most successful acts on the international circuit came from one of Africa's most ruined places: Kinshasa, Congo (then Zaire). But the Congo sound grew ever more bloated with Paris recording studio trickery and the music seemed to lose its pull. This unlikely band, mostly consisting of disabled polio victims, has reclaimed the charm and natural musicianship of old. Spare, seductive dance grooves, gorgeous male vocal arranging, lyrical guitar work, and some surprising touches — like the home-made, one-string fiddle that takes most of the leads — make for one of the most appealing Congolese releases in years. 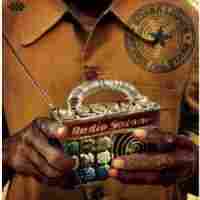 Born in the refugee camps of Guinea during Sierra Leone's long civil war in the '90s and early 2000s, this band has transcended their celebrated origin story. Their third and best album is a rollicking set of songs, interspersed by drum-and-vocal "interludes" in the local goombay percussion style. This band first cut through with a roots reggae sound featuring folksy male harmonies reminiscent of the old Wailers. The reggae songs here are more polished and hard hitting — though just as good — but they take a back seat to more identifiably African grooves, dressed up nicely with fleet guitar work from Augustine Kobina Valcarcel, a recent addition to the group. 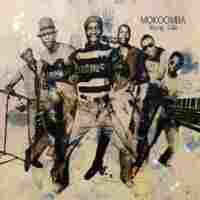 Zimbabwe produced some of the great guitar-pop of Africa in the 20th century. Most of it came from artists channeling the country's majority Shona culture — Thomas Mapfumo and Oliver Mtukudzi. These Tonga musicians from the Victoria Falls region offer a new sound, unbounded by formulas, bristling with pent-up energy, and sizzling with great musicianship. Mathias Muzaza's lead vocal has power normally associated with West African griots (praise singers). Sparkling, expansive production from another West African source — bassist and bandleader Manu Gallo — make for a rounded, worldly mix in which the group's fundamental chemistry never gets lost. 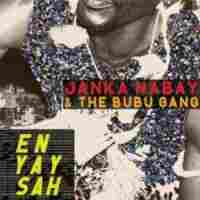 Considering his embattled, traumatic past in war-torn Sierra Leone, Janka Nabay exudes impressive casualness on these grooving techno-African tracks created with his Brooklyn-based band The Bubu Gang. "Bubu music" has origins in pre-Islamic spirit music in West Africa and also in processional horn ensemble music played during the Muslim fasting month, Ramadan. Nabay turned the sound techno in the '90s, but when combatants in his country's civil war tried to appropriate it, Nabay fled for Brooklyn. That such a gnarly origin story has resulted in one of the most fun, grooving, and original dance records of 2012 is nothing short of amazing. 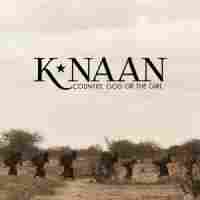 K'Naan, "Country God Or The Girl"

The Somali-born rapper has been complaining publicly about label interference on this, his third CD. Just the same, it continues his unique cross-genre approach, in which dark raps drawn from his violent childhood in Somalia magically morph into uplifting, anthem-like vocal refrains. The raps are sharp and funny, the hooks catchy and easy to sing. Guests ranging from Nelly Furtado and Nas to Bono and Keith Richards shine without overshadowing. K'Naan's wit, depth and musicality and would surely have produced a great album on their own. But even with meddling, this is as interesting a pop album as you'll find this year. 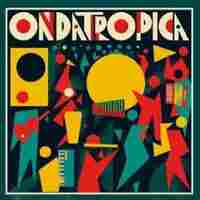 Leaving Africa for a moment, here's a real standout on the rootsy side of Afro-Latin music. Ondatropica began as a 3-week recording session in Medellin, Colombia, with over 40 musicians representing three generations, all united by a deep love for their country's amazing "tropical" music traditions. There's a bit of rapping, a lot of sweet singing, and heavy, often brassy, doses of Colombian salsa, and, especially, the irresistible lope of cumbia. This double CD pops on every track — totally transporting, and further evidence that Colombia is a country whose profile in international music scenes is all upside. 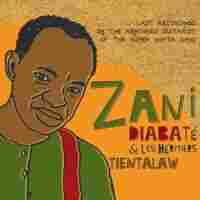 A magnificent closing set from a brilliant guitar innovator of Mali. Diabaté died suddenly while recording this set accompanied by his own son, and the sons of fellow bandmates in the act that first established him back in the '80s — The Super Djata Band. (Hence this band's name, "The Heirs.") Diabaté's signature electric guitar breaks are as riveting as ever. The execution and arrangements are a little slicker these days, but that's no slam. This is an electrifying, classy set of roots pop from Mali, deeply informed by a wealth of cultural knowledge. The plink of balafons, rolling percussion rhythms, searing vocals, and stinging blasts from Diabaté's guitar will linger long beyond much of today's gleaming, ephemeral Afropop. 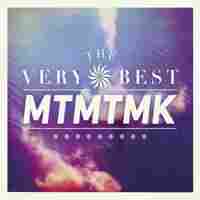 A collaboration between Malawian singer Esau Mwamwaya and Swedish DJ/mixmaster Johan Karlberg, this act has settled into a confident groove on its second CD. The joyous lyricism and dark mystery of African music merge with club-ready sonics and electro beats, with pleasing results. Terrific pop hooks help a lot, as do inspired vocal cameos from singers known and unknown (K'Naan on "We Ok," Seye on "Kondaine"). Edgy subject matter — war, rejection, poverty — rub up against the music's celebratory vibe and the result is a persuasive expression of a savvy, youthful African sensibility that feels absolutely of-the-moment. 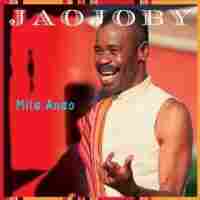 Salegy is a guitar-and-accordion-driven dance music from the northwest coast of Madagascar. Eusebe Jaojoby, leader of this veteran band, has lived the history, from the music's early spread around the Indian Ocean island in the '70s to its international rise in subsequent decades. His band delivers the shuffling 12/8 grooves of salegy with majestic assuredness — richly harmonized vocals, driving rhythms, a poignant blend of melancholy and (mostly) uplift, and idiosyncratic, virtuoso guitar playing. Jaojoby's warm, husky lead vocal is undiminished after more than 40 years at the microphone. Deft acoustic and electric guitar work by his son, Elie Lucas, is a big plus.