Accessibility links
What Happened To Music Writing This Year? : Best Music Of 2012 The question "what do readers want?" has hovered over any media business worth its advertising revenue for years, but in 2012, it took on more urgency. Knowing the answer to that question can be bad for the product.

What Happened To Music Writing This Year?

What Happened To Music Writing This Year? 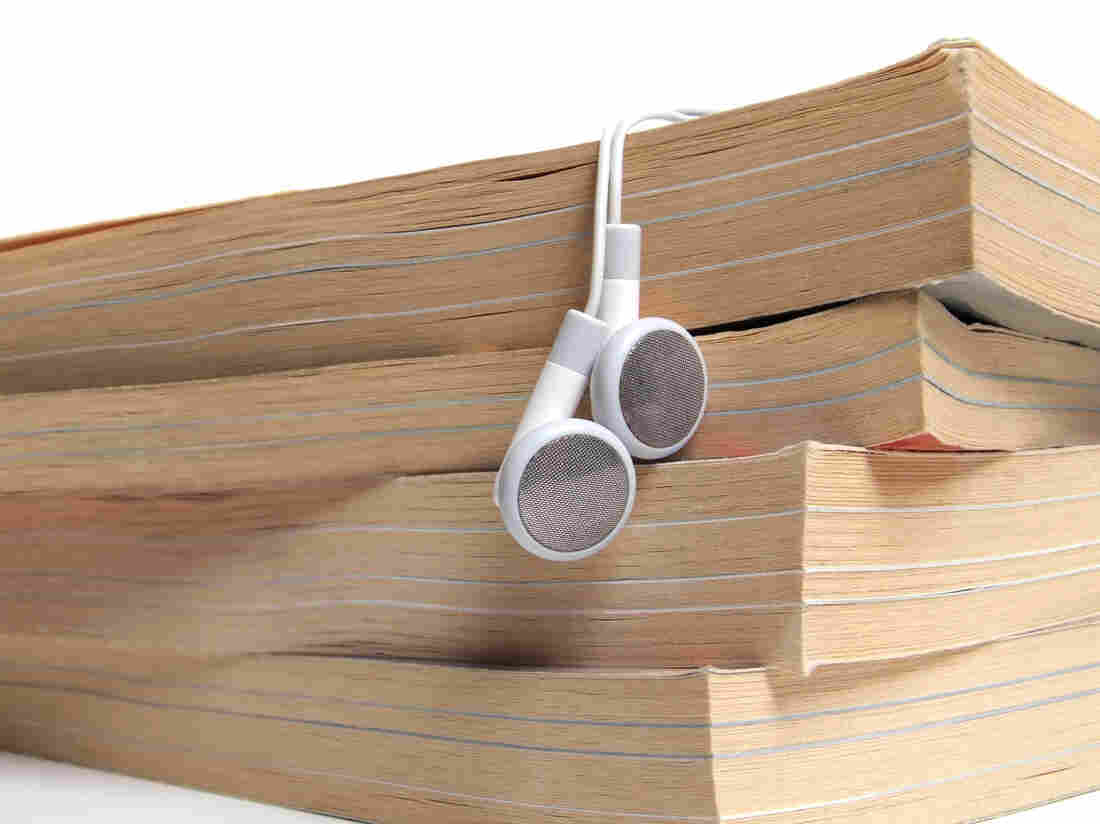 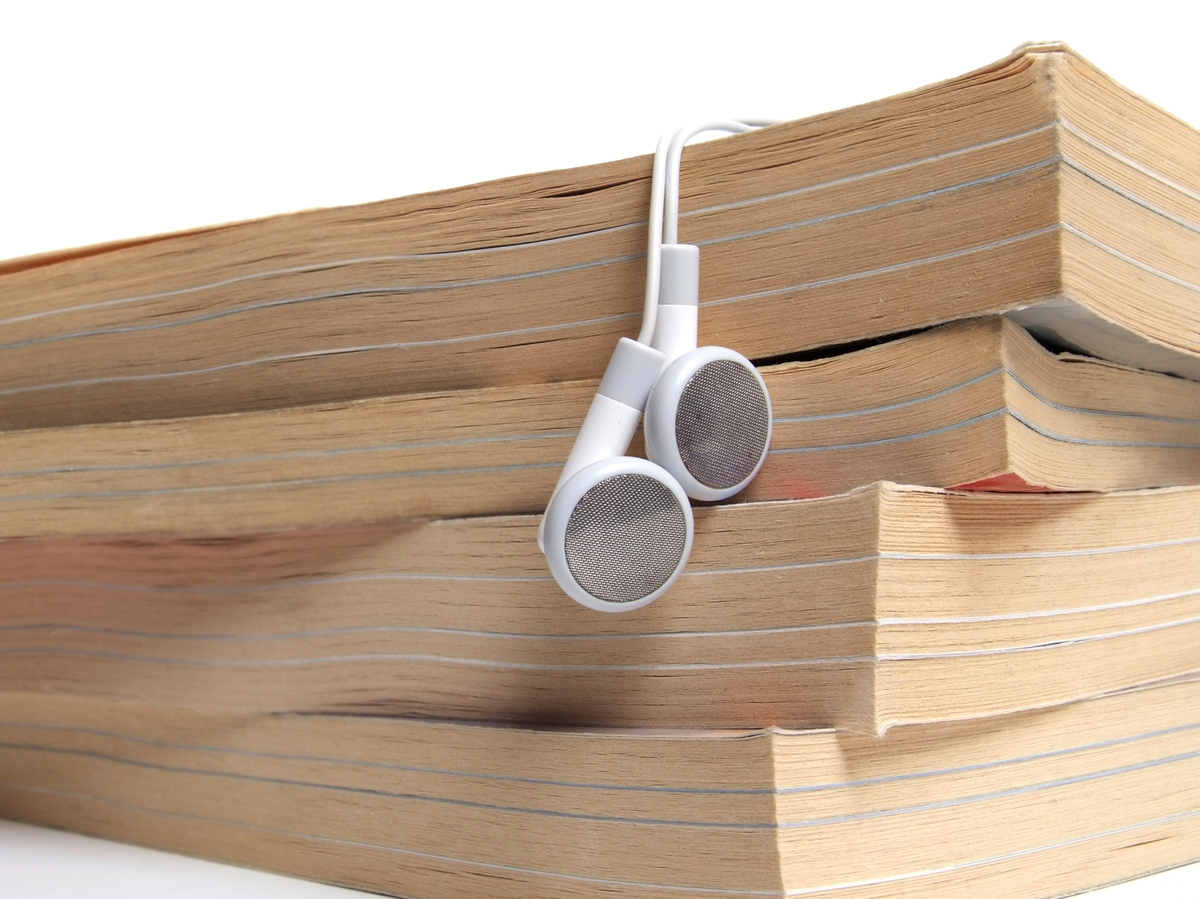 The question "what do readers want?" has hovered over any media business worth its advertising revenue for years, but in 2012, it took on more urgency. Any item worth its pixels this year was built for sharing, for posting on Twitter or in friends' Facebook newsfeeds and multiplexing from there. Sometimes these shareable pieces would dig deeply into a topic with a new perspective; more often they would play off already-existing biases, asserting them or proudly acting the contrarian.

Music writing — the mishmash of news, reviews, lists, self-promotional social media updates, reports on those updates — was not immune to the ever-stronger pressure on media companies to goad readers into acting as their own town criers; if anything, the pressures of social media brought the ways in which people learn about music home. Genre-spanning lists that include familiar names, nostalgia grabs or bold declarations (or, ideally, all three) can bring in eyeballs from all over the taste spectrum, from angry enthusiasts to chuckling casual fans; scandal-free news bites on new artists, on the other hand, might only bring in fans of that band, or the occasional relative. Some sites, buoyed by their name recognition and traffic from coverage of other topics, only dipped into the realm of photo galleries and lists when they absolutely had to; others went whole-hog with the pandering, spreading their conventional wisdom over 40-page photo galleries containing a Katy Perry cleavage shot or two. Most outlets — their brands playing second fiddle in readers' browsing habits to Facebook and Twitter — unsteadily meandered in between the poles, hoping to hold on to their critical credibility while indulging in a gallery here or tweet reportage there.

The idea of giving readers what they want brings up a couple of somewhat unpleasant questions. The first: Who reads music writing?

In the old days of arts journalism within the general-interest sphere, some newspapers and magazines responded to the sheer number of albums (and books) released every year by going as broad as possible, allowing staff writers to follow their noses while also requiring them to cover The Big Names. But now that musicians can have a bigger readership than the publications covering them, the idea of the generalist outlet with a point of view has fallen by the wayside; in its place are legions of sites that dive down cultist rabbit-holes and other sites that attempt to predict what the masses will want to read and share on social media like Twitter and Facebook. (Buttons advertising Facebook "likes" or Pinterest "pins" are atop pieces of individual content, which reveals maybe too much about the importance of winning each hour's popularity contest.) The online model, with its robust tools for analyzing readership and its constantly content-craving maw, lays the broad-brush motivations of Googlers bare; "new songs that are good" is rarely high on the "popular search term" list — and how would a search engine define a "good" song, anyway?

The idea of giving readers what they want brings up a couple of somewhat unpleasant questions. The first: Who reads music writing? There's obviously a core of readers invested in what reviews and think pieces have to say — they debate on Twitter and in specialist havens like I Love Music, on their Facebook feeds and even sometimes in the comment sections. The economics of the web, which are both more directly tied to traffic numbers and lower-margin than those of print, make that audience too small to make any economic sense as a core demographic; readers outside the Best Music Writing-obsessed have to be reached as well.

And this is where the larger quandary comes in. If the idea is to "serve the reader," does that mean exposing them to new things they haven't heard and ideas that might not have been aired yet, or does it mean pivoting off the conventional wisdom in some way? The most crucial difference between print and online media consumption boils down to the click. When reading a print publication with multiple stories, your eye could flick over a headline or catchy paragraph and be drawn in; the process of choosing to read something is fluid. Compare leafing through a paper to scanning a stack of headlines, deciding which ones compel you from their brief description, clicking, reading, then clicking back and going through the whole rigmarole again. (There's also a question of scale; the cascade of headlines coming from, say, Twitter or Facebook is magnitudes bigger than that in a typical daily.) "Most Popular" lists on some publications' sidebars allow for a quick way to dive into content, but they often become self-reinforcing, or reward topics that have a predictable payoff.

In 2012, attempts to stay ahead of readers' innate desires resulted in a collective throwing up of hands. Think pieces and reviews still existed, but they were accompanied by other attempts to lure readers: Trifles like album titles and track listings treated as news items worthy of their own "stories" (to maximize the possibility of people tripping over their fingers and into a unique view); artists out of the public spotlight for more than six months unearthed as if they were creatures from another dimension; Tweets and other public statements by artists taken out of context and drained of their tone so as to stoke "WTF" headlines; superlative-laden lists not even aimed at expressing an opinion in count-downable form; posts with factual errors seen as hits to institutional credibility and opportunities to wring double the traffic out of one story.

On the #rihannaplane, there were delays. There was blatant product placement. There were not a lot of opportunities to sleep. At one point tensions bubbled over so severely that a passenger tore off his clothes and streaked the plane. A few of the stories eventually published were almost startling in their candor, in large part because they laid bare the transactional nature of "music journalism" in 2012; every piece of "news" an artist offered could be bled dry by media outlets, but there were so many of them that big stars had to go absurd or disastrous, or a combination of both, and satisfy nobody.

The keenest metaphor for music journalism in 2012 turned out to be the around-the-world jet jaunt known as the #rihannaplane. The Barbadian pop star proved to be a lightning rod throughout the year, releasing provocative singles while taking to social media to post photos and profane tweets that burnish her sex-drugs-and-club-beats image — a perfect storm of content available for mining, complete with controversial and complicated, Oprah-interview-worthy relationship with her almost-as-famous ex Chris Brown that even mutated into a couple of much-discussed songs. She's the dream subject for any media outlet worth its analytics, and when her team invited a small army of journalists to accompany her on a seven-day, seven-show tour, the potential for content was so strong that some outlets waived their no-junket policies.

It proved to be a bust, at least for the journalists. Ri came out on Day One and showered the assembled with champagne and cognac, and all seemed well. But as time wore on, not only did the promise of getting any more facetime with her — not "up close and personal" so much as "not mediated by Instagram filters" — dissipate, so did the guests' treatment. There were delays. There was blatant product placement. There were not a lot of opportunities to sleep. At one point tensions bubbled over so severely that a passenger tore off his clothes and streaked the plane. The excuses given incorporated the standard PR claims of "exhaustion," but the paparazzi photos showing Rihanna shopping for lingerie and partying with Diddy punched holes in that particular alibi. A few of the stories eventually published were almost startling in their candor (Julianne Escobedo Shepherd of Spin and Jeff Rosenthal of Rolling Stone offered particularly gimlet-eyed takes) in large part because they laid bare the transactional nature of "music journalism" in 2012; every piece of "news" an artist offered could be bled dry by media outlets, but there were so many of them that big stars had to go absurd or disastrous, or a combination of both, and satisfy nobody. (It should probably be noted that Unapologetic, the album Rihanna was promoting with this tour, debuted at No. 1 on the Billboard 200 — her first chart-topping album, although that position was probably the result of her team holding back the album from streaming-music services than any mutineering reporters.)

Where writing about music goes from this point is anybody's guess. Marquee outlets will still score exclusive interviews with big names and execute them well, but the hustle for angles and stories — and, most crucially, readers — might only become more Darwinistic. The appetite for the longer-form pieces fetishistically known as #longreads seems to be growing, but are massive amounts of text a boutique interest for outlets that can afford to let their writers do deep dives (like those that have one person working traffic-whoring duty so other writers can dig deep into a topic)? Is the rise of social media, which has for many artists replaced pairing up with publications for the purposes of advertising new material, going to push writing even further to the sidelines? And what of the artists? "Maybe somebody with more lawyers can take them to task, but i'll just use the Internet and Twitter instead," Jack White said — er, typed — after a misquote where he was apparently insulting Lady Gaga spread around blogs like wildfire. (Although surely any editor would love to have his byline on their site, since it would be a traffic boon.)

Perhaps most important, though, is the fate of readers — who are also listeners. Is all of this chatter about music's superficial aspects, whether angry or anodyne, really helping people hear music, or is the endless thicket of lists and updates on who's tweeting who a sign that "discovery" has been ceded to algorithmic solutions and recommendations from friends? In the pre-streaming era, music writing had a function for the listener, providing context about a record's sounds (which Robert Christgau cheekily condensed as "Consumer Guide") as well as the artistic vision behind it. As we go into 2013, there's almost too much context — from streaming albums to artist tweets to comments in the iTunes Store and beyond — and music writers become just another voice, shouting above the fray to be heard. Turning that chaos into a conversation that spans fans of all genres and artists, and that connects people in surprising ways, should be a goal among writers and editors in 2013 — even if doing so means to first have a radical rethinking about the ways of building an audience and a media business.